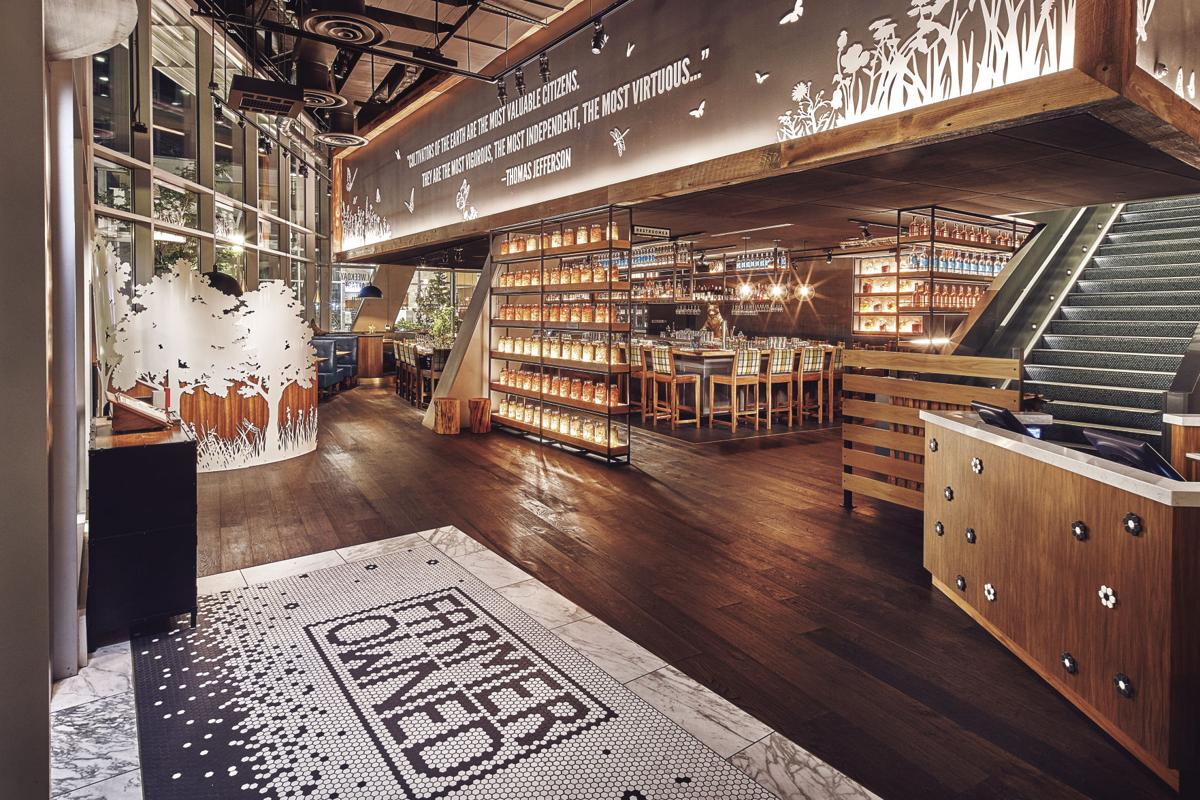 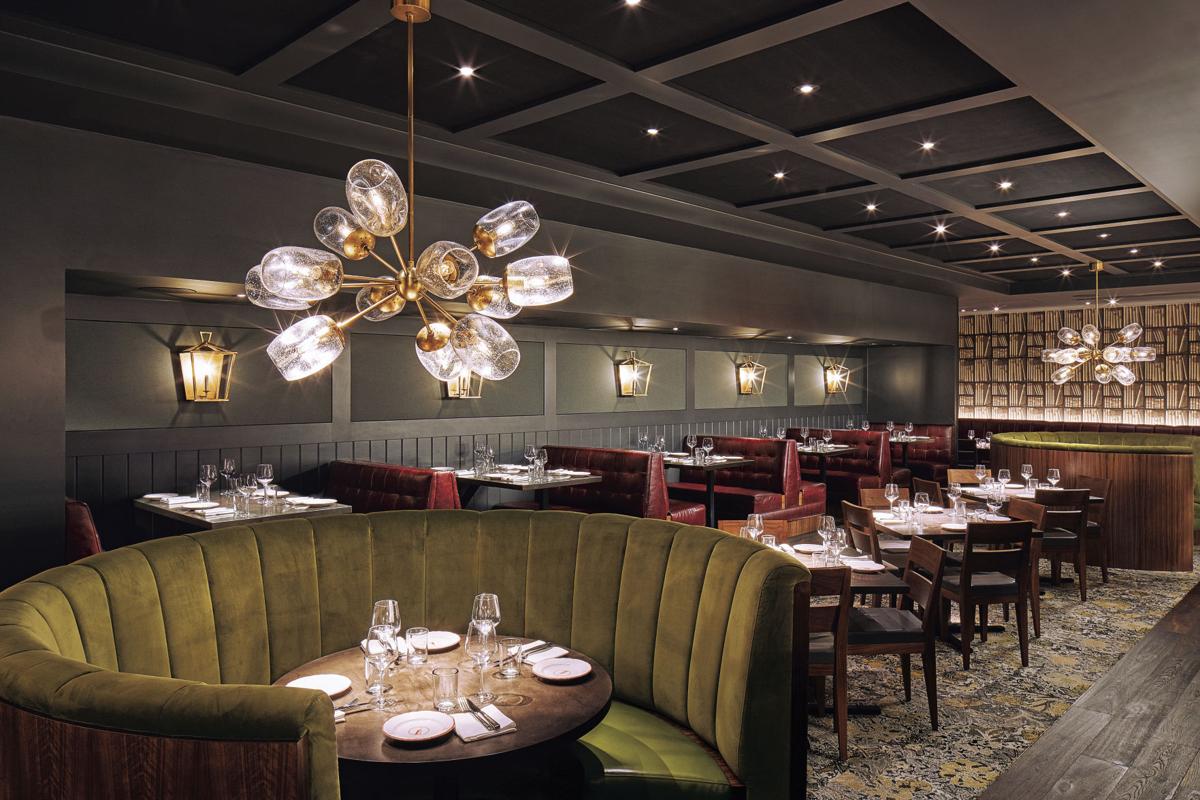 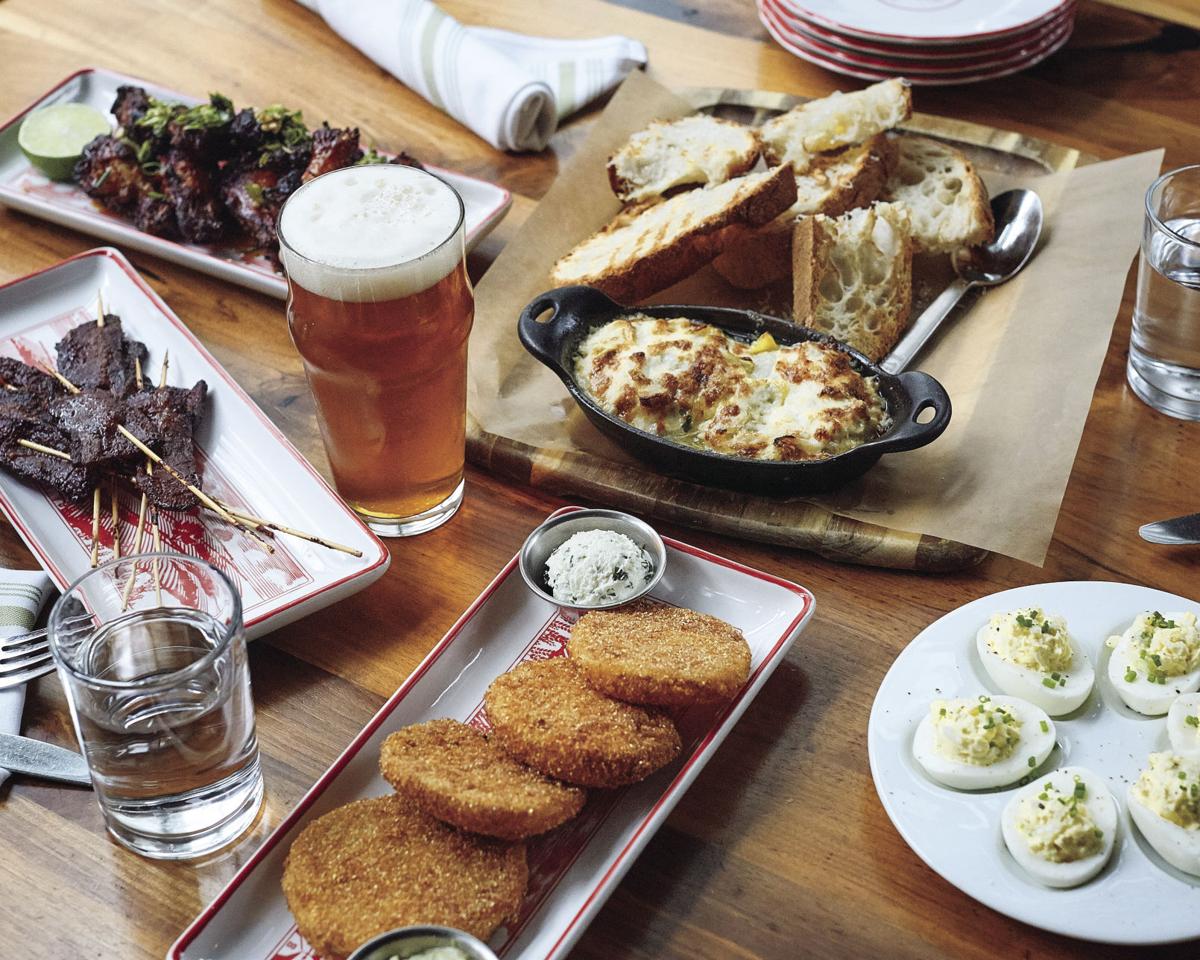 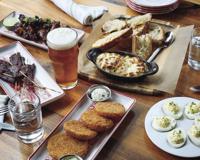 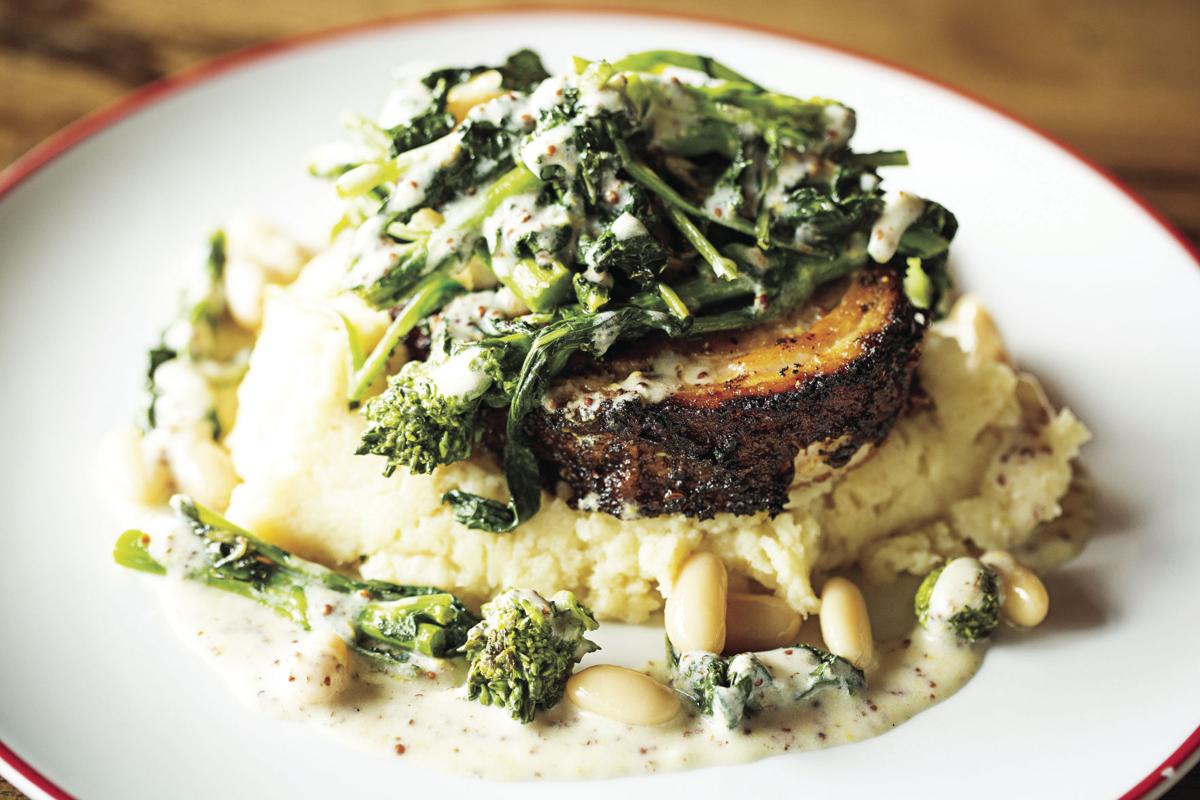 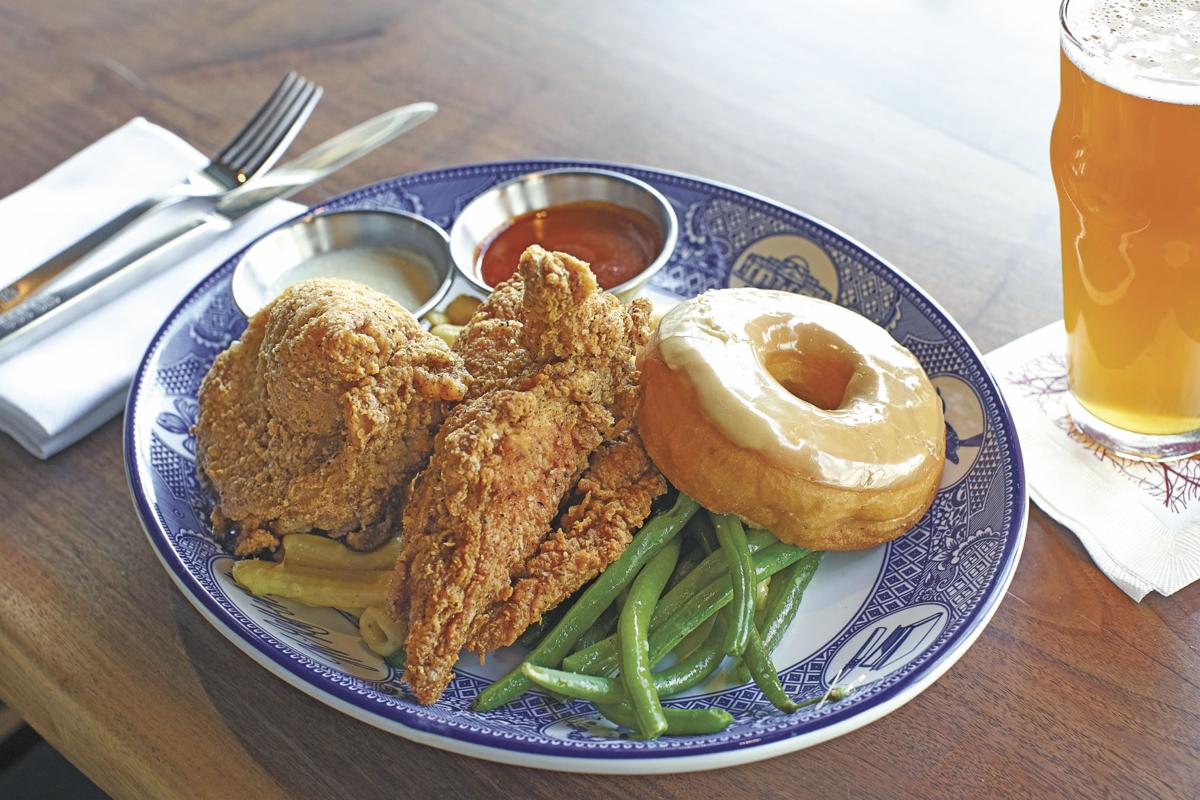 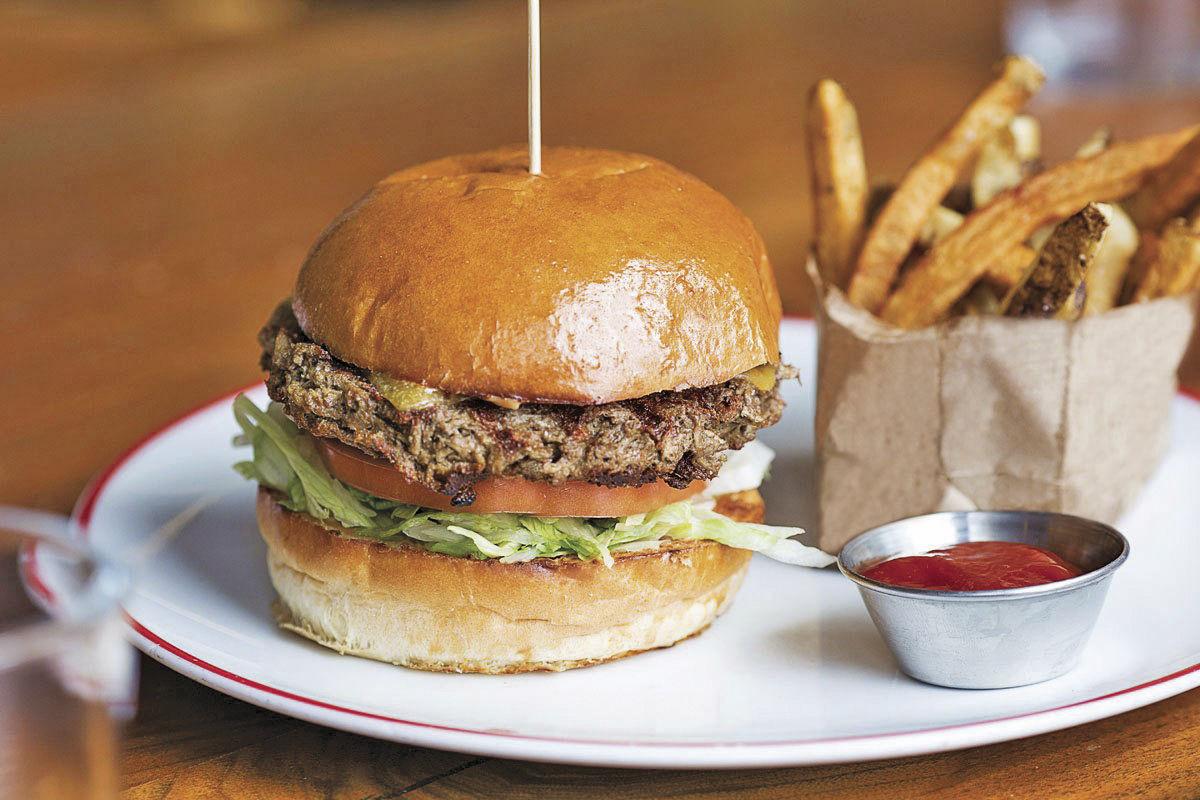 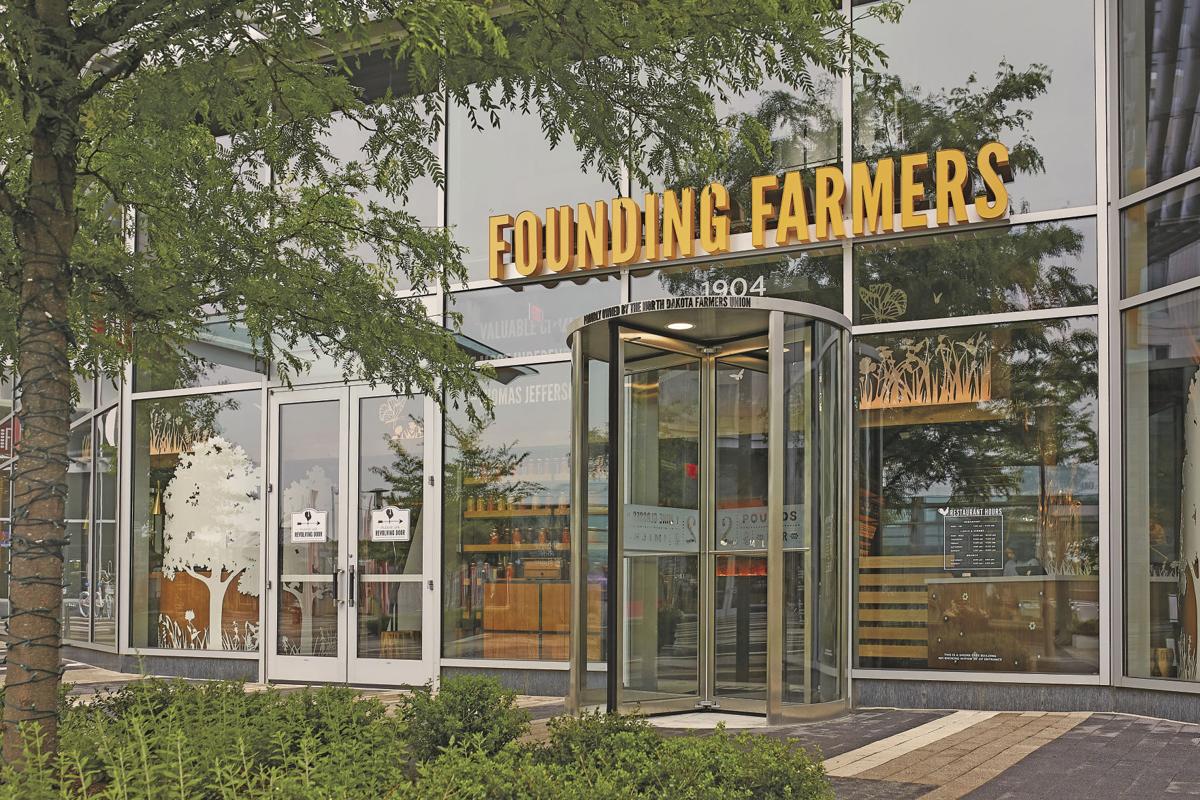 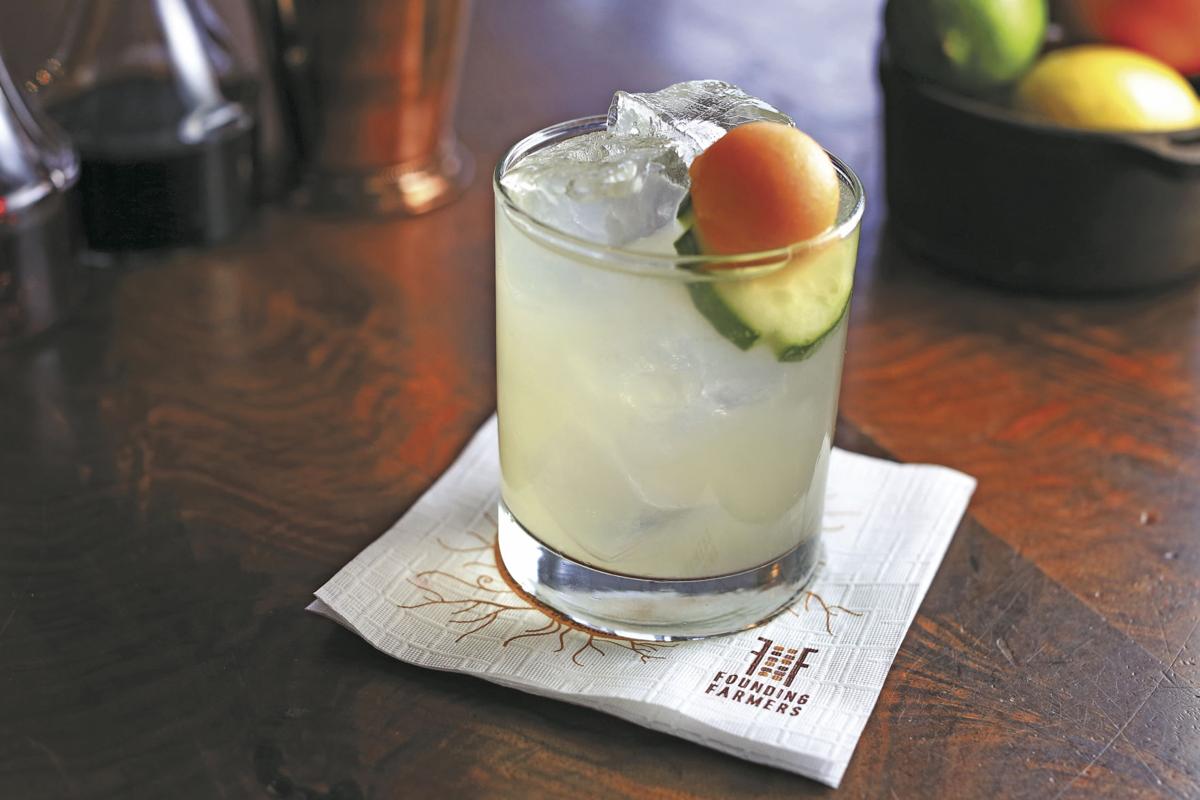 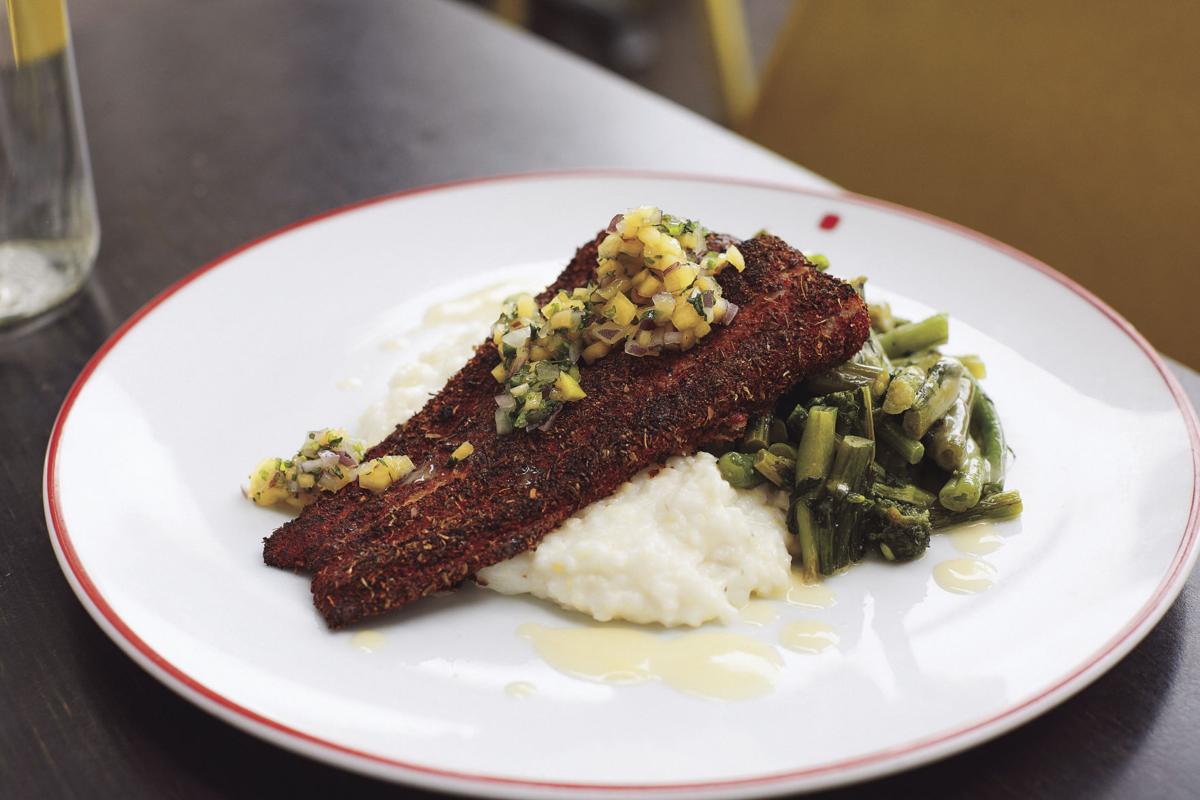 But Farmers Restaurant Group — with restaurants in Reston and Tysons, as well as in the District of Columbia, Maryland and Pennsylvania — has bucked the conventional wisdom, sprouting and sustaining success for over a decade.

Founded in 2008, the upscale casual restaurant group ranks in the top 50 of highest-grossing independents, according to Restaurant Business Magazine; its annual sales sizzle at $18.2 million. The Open Table app even named Founding Farmers’ Pennsylvania Avenue location as its most booked reservation—in the country.

How has Founding Farmers grown so popular with hungry diners, aside from a tasty beer can chicken, or a hearty good ol’-fashioned Yankee pot roast? For starters, the company knows its unique identity: fresh food from U.S. family farmers and natural food made from scratch, avoiding chemicals. Founding Farmers knows where it comes from: They grind the meat, and they made the bun fewer than 12 hours ago.

Farmers Restaurant Group was founded and is co-owned by the 47,533 family farmers of the North Dakota Farmers Union, led by Mark Watne, a fourth-generation farmer. Watne and the farmers wanted to do more than grow and produce, cultivating deeper into the supply chain, putting family farm food directly before a restaurant customer, but how?

“They connected with me and my partner Michael,” Simons said, “and their vision and ideas combined with our vision of hospitality. They were busy farming the product. What we saw was people intensely committed to their communities…land, environment, quality of product. There’s a huge difference between independent family farmers and corporate producers.”

Simons calls farming the “bedrock of America,” part of national security, and believes U.S. farmers should supply our food.

Centered around sustainability in the supply chain — for example, bacon is trucked from an owner in North Dakota — Founding Farmers on Pennsylvania Ave was born in 2008.

Simons says it’s not a chain - the restaurants are siblings sharing the same DNA.

What sets Founding Farmers apart is the commitment to the environment and its footprint, Simons added. “We don’t say that as a lofty ideal. What are the tangible things we can do? Buy food products, study them, ensure chemicals aren’t added. We look at the direct supply chain, that less fossil fuel is consumed in distribution.”

What Dan Simons wishes more people would order: Wild-caught Chesapeake Bay blue catfish, to help save the Bay. As an invasive species, it doesn’t have a natural predator and has been multiplying too fast, eating the crabs we love.

Each restaurant is LEED (Leadership in Energy and Environmental Design)-certified or pursuing it, counseled by the U.S. Green Building Council on earth-friendly ways to create restaurants, and certified by the Green Restaurant Association for efforts to preserve the planet. Whether it’s reducing waste or energy, separating recycling, or using less water, these goals flow into operations.

Founding Farmers has a system of “robust composting” for solid food waste. (One restaurant bought a biodigester machine called the “pig,” a stainless steel mechanism to liquefy food waste.) The restaurants also donate to local nonprofits such as Last Call for Food and DC Central Kitchen.

Simons is adamant about reducing the plastic population. He created Our Last Straw, a coalition of restaurants, bars and cafes in the region to reduce single-use straws.

“We started with plastic straws and hope it evolves into containers and utensils,” he said. “There’s no reason to use a plastic fork for eight minutes for a salad, because it lasts for hundreds of years in the landfill.”

Servers bring a glass bottle of water to guests; they keep millions of plastic bottles out of landfills this way. Other efforts include investing in energy-star certified equipment and software that tracks electric usage down to the exact outlet consuming too much power. The restaurants buy low-flow faucets and toilets, hand dryers, and keep “mindful kitchen practices,” like not keeping water running.

Simons sees the planet as a stakeholder and the local environment as another stakeholder. This “mission over profit” is key, part of “conscious capitalism,” which he defines as “a belief business can do a lot of good in society; when business understands there’s more stakeholders than just the dollar.” It turns out, he says, putting mission over profit actually turns a profit.

The company reaps another reward from this: Employees are motivated behind a cause. “It takes more work to do all we do for the environment and the green operation—and you need a motivated staff to do that. Our culture is our secret ingredient.”

Simons advocates a safe, accepting environment for employees to express what’s on their minds.

What’s his advice to other businesses? He answers without hesitation. “That they believe that as a business owner, there are doable steps you can take to reduce the carbon footprint on the planet…it’s not more dollars, it’s just more effort.”

I wonder if the title of this article came from a news release, or if it is a political statement by the author or editor? There is lots of "conscious capitalism" in this country. This company was started by Farmers Union folks which tend to be liberals by North Dakota standards, but many of them would not be tolerated in the intolerant DC area. My gosh, many of them believe in only two genders. They actually have decent restaurants. I've been to two of them. I know they are now taking orders to go or delivery (if you live close enough). I wish them luck if things ever get back to normal.

Jared Harris Teases ‘Nothing Is the Way It Seems’ in ‘Foundation’

Your Complete TV & Streaming Guide to the 2021 Ryder Cup