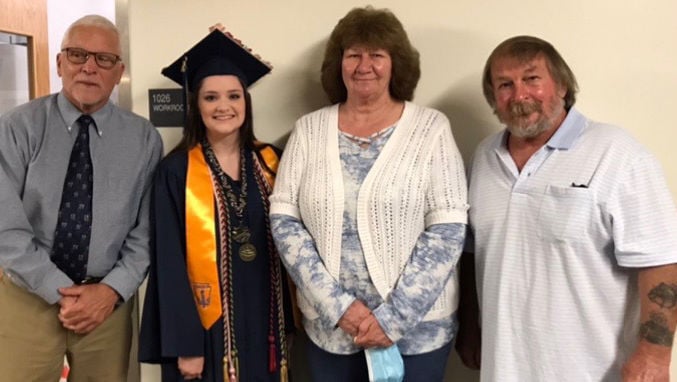 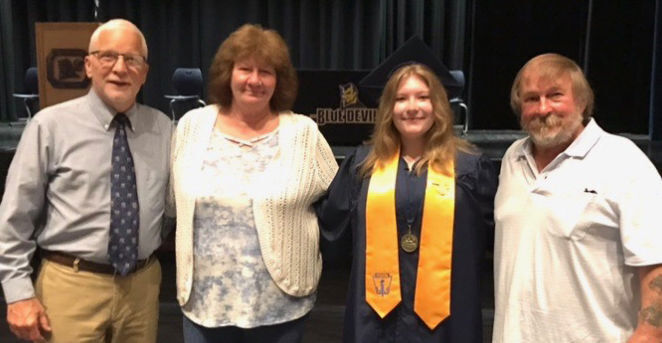 Lara Parker received $1,000 and Olivia Searle accepted $500 through the effort sponsored by the family of Rusty Bowers, lost to suicide on Oct. 17, 2009.

Both students will be attending James Madison University, according to Bowers’ mother, Brenda.

She joined suicide prevention specialist Alan Rasmussen and her husband, Junior, recently for the scholarship presentations. The Bowers family started the Scholarship in memory of their son and brother “Rusty” John Russell Bowers III in 2012 after losing him. The nonprofit aims to raise awareness about and bring attention to depression and suicide.

“Rusty was a kind-hearted, gentle soul who always put others before himself. He is so loved and we miss him every day,” Brenda Bowers wrote.

“The most important thing to our family is to focus on depression and awareness,” Brenda Bowers said. “We’re praying that if anything has come from the loss of our precious son is that what we’re doing in his memory is that people realize that they are not alone. It’s OK to talk about it.

“Depression is a serious illness; it’s nothing to be ashamed of. It’s a chemical imbalance in the brain and can be deadly if not treated. It’s OK to reach out for help.”

She said she hopes her family could walk beside the community, be there for one another and save just one life so that no one else would have to endure what they did in losing Rusty.

“That’s what Rusty’s Coalition is all about — ‘Saving Lives Together,’” Brenda Bowers said.

Intervals of clouds and sunshine. A stray shower or thunderstorm is possible. High near 85F. Winds light and variable.