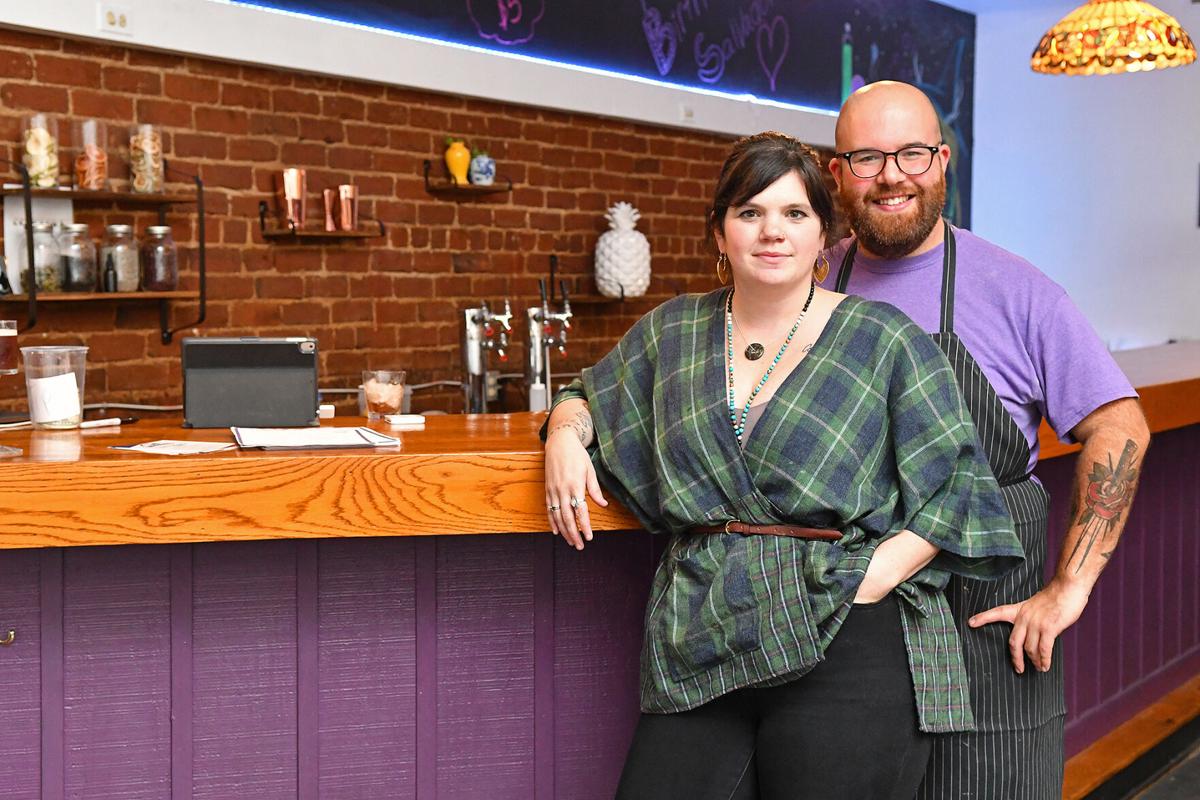 Jackleg Sandwich Company owners Gina Catalano and Nathan Rivas pose at the bar in their restaurant, which opened Sept. 17 at 110 E. Davis St. 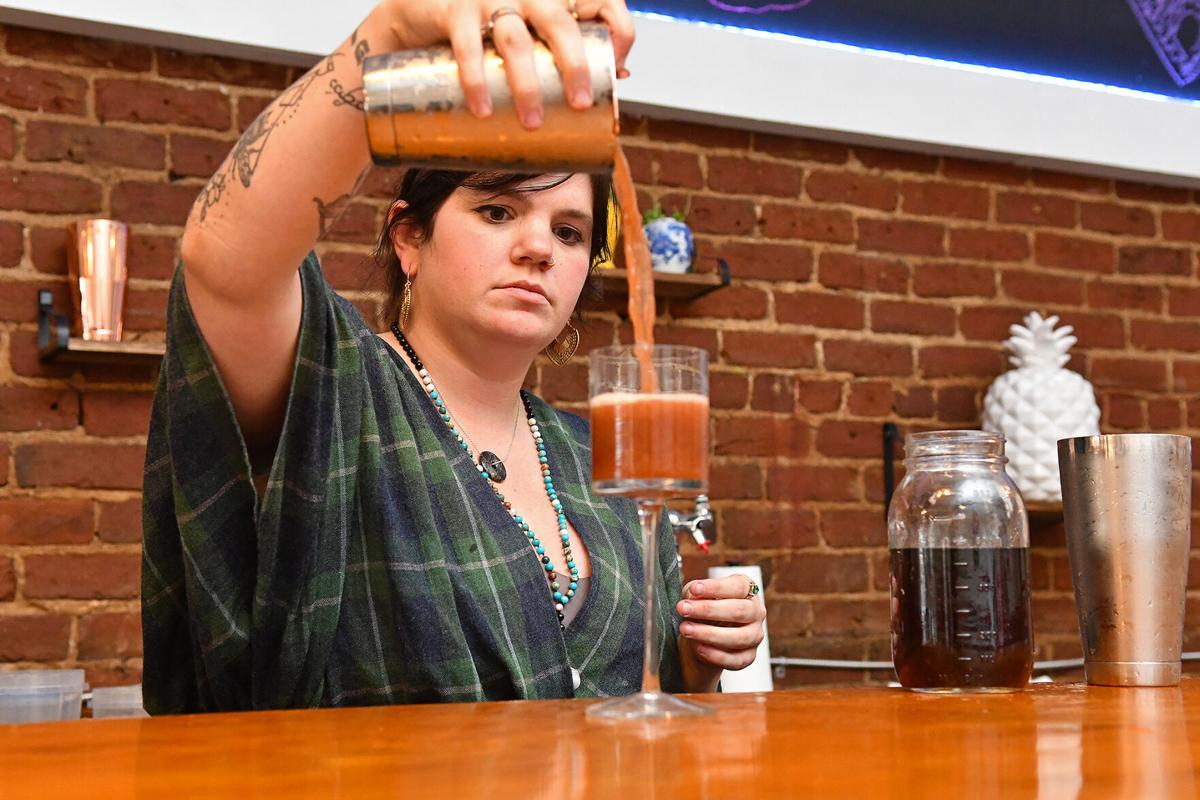 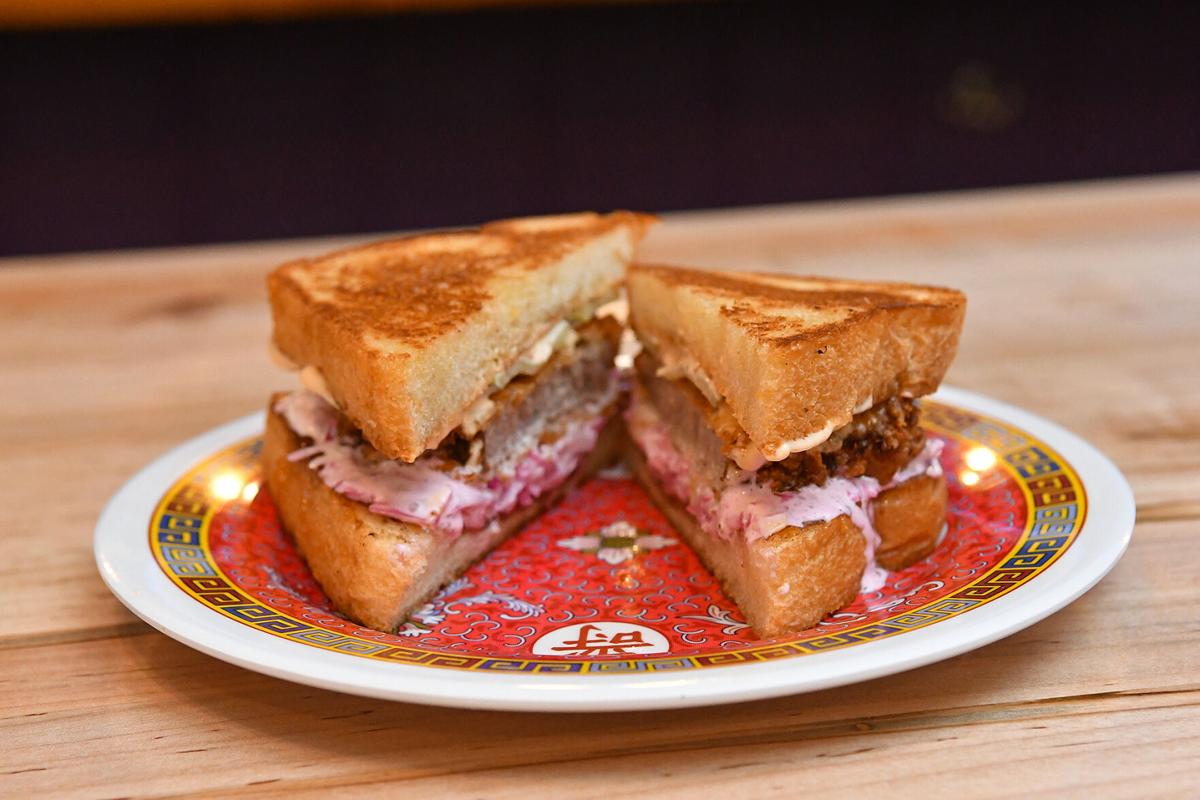 Jackleg Sandwich Company owners Gina Catalano and Nathan Rivas pose at the bar in their restaurant, which opened Sept. 17 at 110 E. Davis St.

Gina Catalano received a call in November 2019 to see if she wanted to open a “trash bar” in the heart of Culpeper. The call was from Nathan Rivas and the restaurant that they have since opened together has received positive vibes since the seed was planted.

On Sept. 17, 2020 Catalano and Rivas had a soft opening for their new restaurant, Jackleg Sandwich Company, 110 E. Davis St.

“We already had a whole menu planned. When we finally found this place, it still took a month-and-a-half till we got the lease, and when it finally happened it didn’t feel real,” Catalano said. “We stalked the place until the landlord was here one day and we had the chance to meet. We were able to rent it. We painted, did the flooring.”

Rivas said he wanted to bring something different to Davis Street but “something that had the vibe of Davis.” Catalano hopes the vibe is inviting, “like going to see a friend instead of a restaurant.”

“I’m all about community. I want everything to feel incredibly homey. I want our place to be the place where you can have a good dinner and a good time,” Catalano said.

The menu’s current best seller is the week’s special, which is an ode to the Turkey Wolf sandwich shop in New Orleans.

“It was my dad’s request for the weekend when we opened,” Rivas said.

Catalano explained the restaurant did not want its vegetarian options to be an afterthought and for them to be equally as good as meat options. One of the most popular vegetarian sandwiches is the Unicorn, which Rivas said rivals the Reuben by substituting roasted broccoli for corned beef.

Dean Reesey is the second cook at Jackleg. Perhaps his history has tied him to the restaurant, as he worked in the kitchen when Foti’s previously operated out of the same location.

“I know the kitchen,” he said. “I enjoy cooking. We have a good time here.”

From 9-11 p.m. on random weekends, the owners plan to host after hour events that will include live music, trivia, game nights or movie nights.

“There will be something different all the time,” Catalano said, encouraging people to visit their Facebook page.

Catalano got her herbalism certification six months ago and she designs most of the drinks with the idea that they are as creative and as good as the food. Just as there are menu options for vegetarians, all cocktail drinks have a virgin option.

Rivas feels good about business so far, despite being open just two weeks. He noted that the COVID-19 pandemic did not hurt the business. Instead, he said, it “gave us kind of a measured opening” and “the chance to get our sea legs before fully opening.”

The menu boasts sandwich names like the Flight of the Chocobo, the Unicorn and the Minotaur. Burger names include the OG, the Cracklin and the Appalachian. Salads include I Guess it’s a Wedge? and That Latin Cabbage Situation.

“We are slightly off beat,” Catalano said. “We designed our menu so we can be creative and diverse.”

Rivas and Catalano are excited about participating in Restaurant Week, which begins Oct. 12. They have already planned their menu to include a chorizo and duck quesadilla and shrimp po-mi. The latter is similar to the banh mi, which is a Vietnamese sandwich traditionally made with beef.

Rivas and Catalano are excited about the possibilities their restaurant, paired with their creativity, provides.

“I really want to do cayenne Mexican cuisine night here. We also plan to be opening for brunch soon, which will include bottomless pancakes and mimosas, Mexican style,” Rivas said.

Rivas has been cooking professionally just short of five years, having come a long way from operating a food truck to making pizzas at Far Gohn to being a restaurant owner.

Recalling the day almost a year ago when Rivas called, Catalano said “I was interested but it has become so much more than that [a trash bar].”

“This is a conglomerate of food, drinks and friends hanging out,” she said.

Beginning this week, Jackleg will offer grab-and-go lunch boxes. There will be two sandwich options each week and they will be available for pickup from 11 a.m.-3 p.m. weekdays. A different cookie will be included in the boxes each week with next week’s option being a grapefruit and goat cheese shortbread.

Making their own mayonnaises, syrups and sauces in-house, Catalano shared her excitement about brewing her own Kombucha in the future.

For now, however, Rivas and Catalano remain excited about inviting the community in to enjoy a bit of their creativity and relax in the space that translates friends to family.

Taika Waititi is to executive produce Frybread Face and Me