You are the owner of this article.
Edit Article Add New Article
You have permission to edit this article.
Edit
News
Events
Obituaries
E-Edition
Columnists
Jobs
Marketplace
Legal Notices
Faces
Treasures
Search
1 of 4 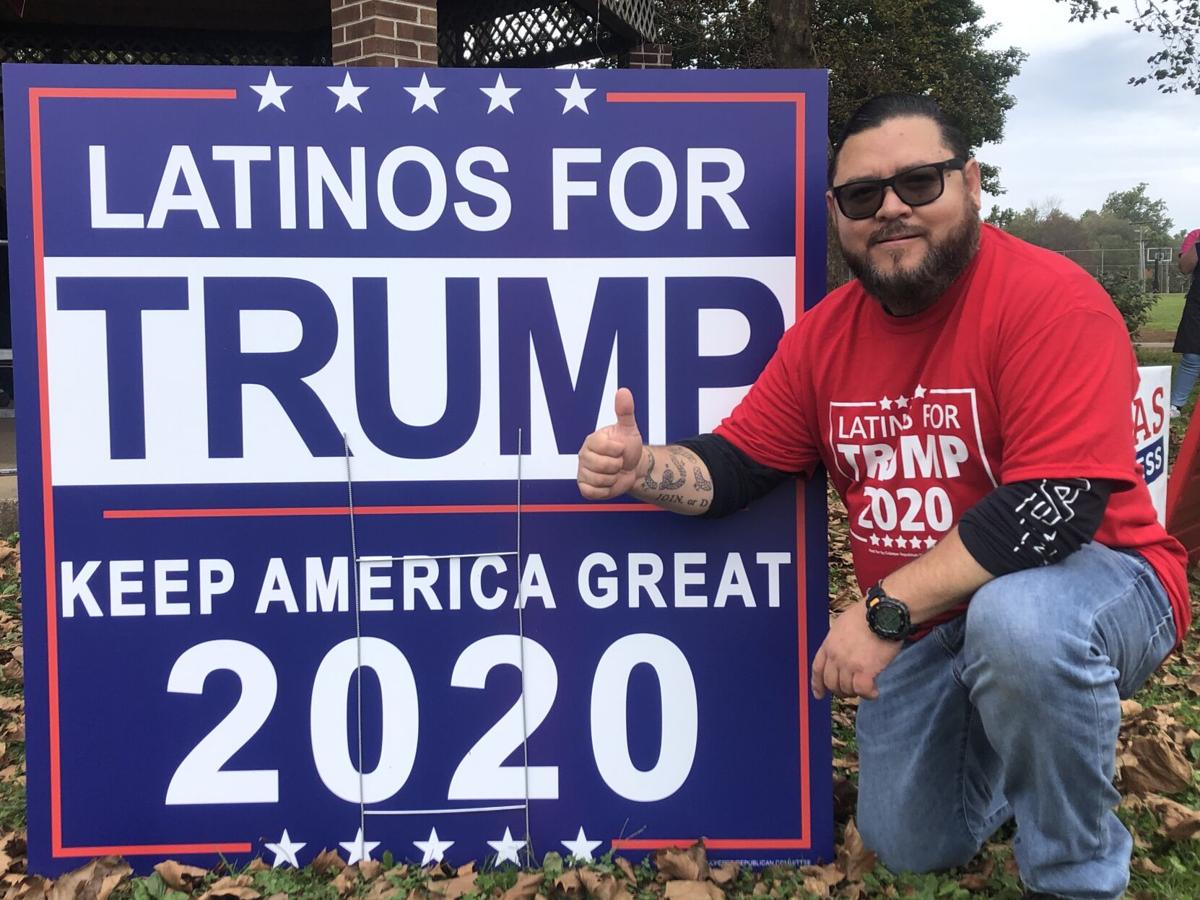 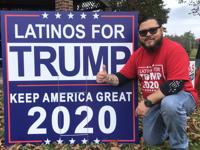 Alexander Valle, organizer of the Latinos for Trump Rally, gives a thumbs up next to a President Donald Trump campaign sign. 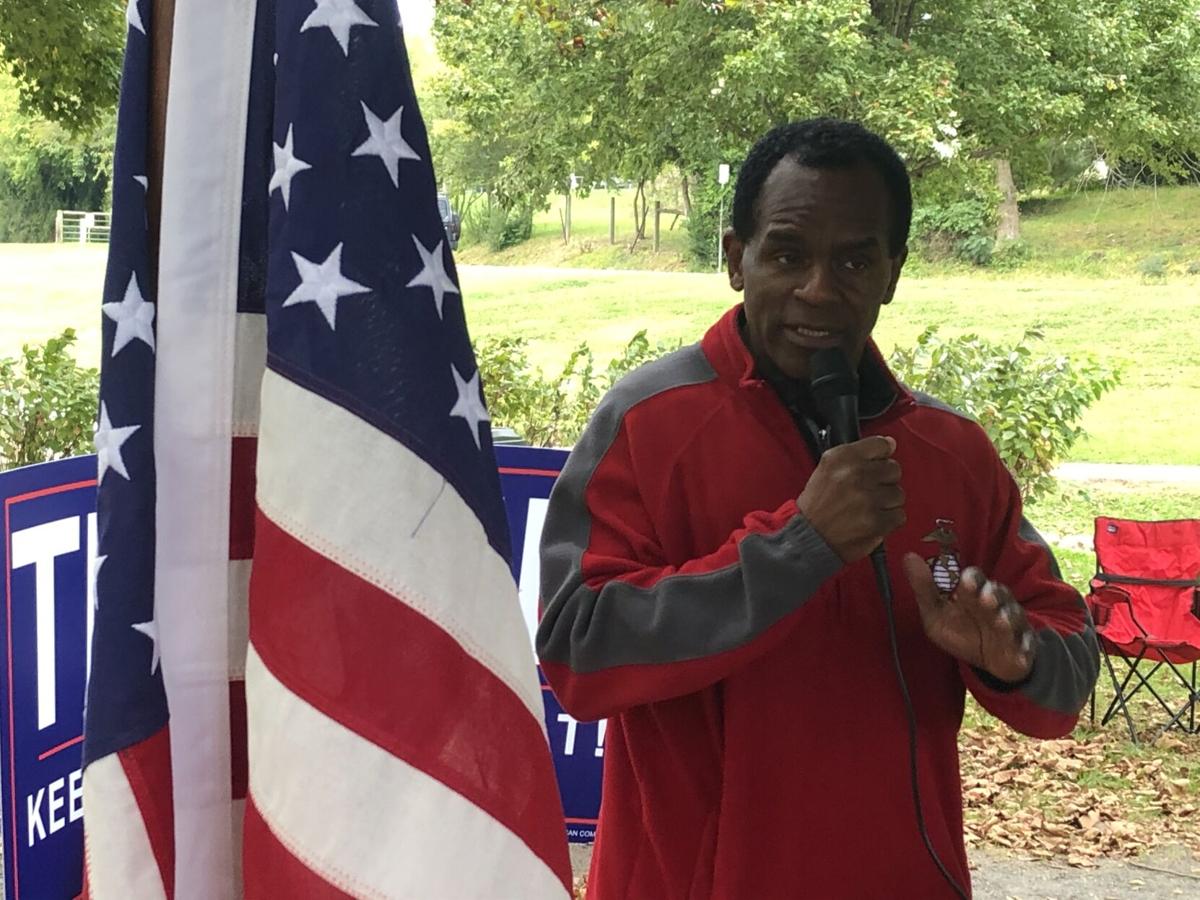 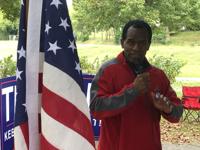 Chuck Smith, a 2021 attorney general candidate, addresses the crowd during the Oct. 10 Latinos for Trump rally at Yowell Meadow Park in Culpeper. 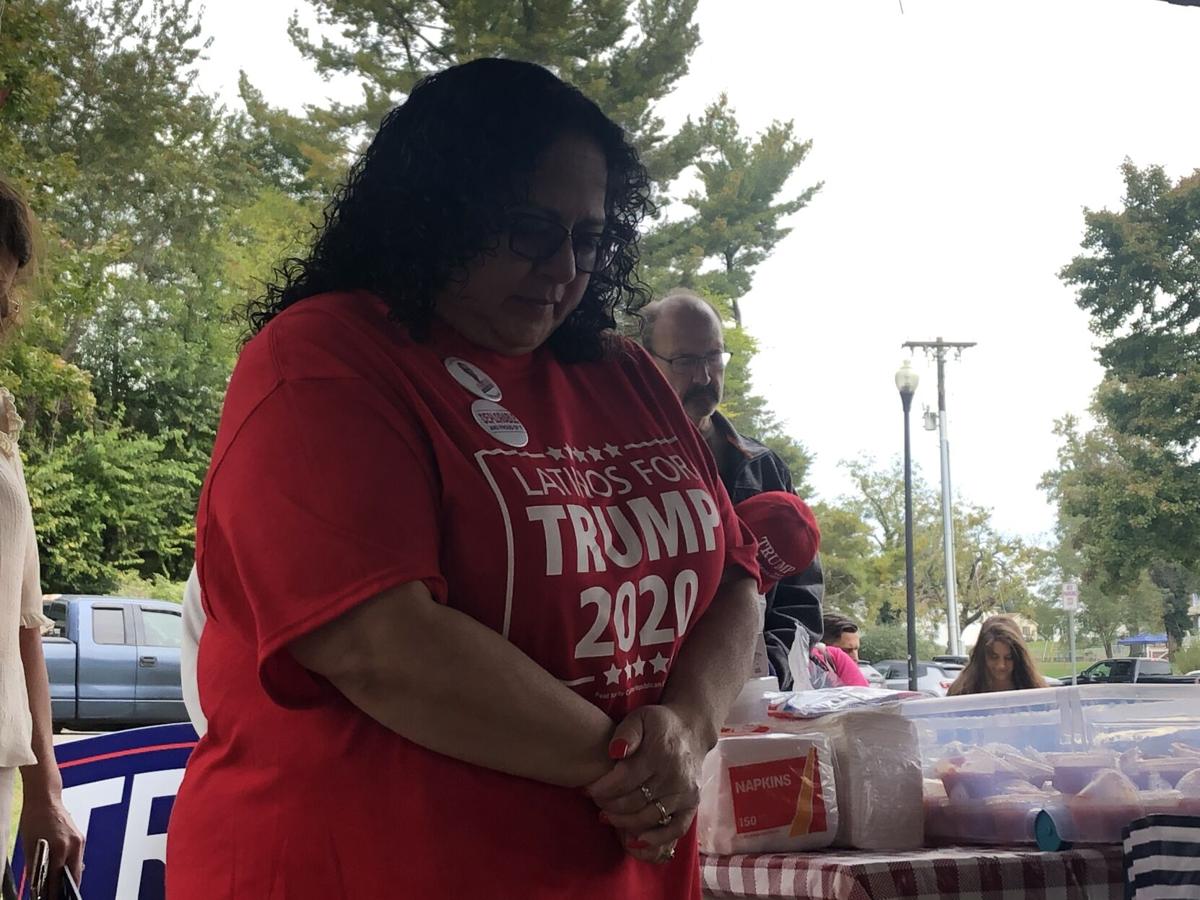 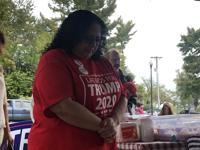 Lorraine Carter bows her head during a prayer at the Latinos for Trump rally. 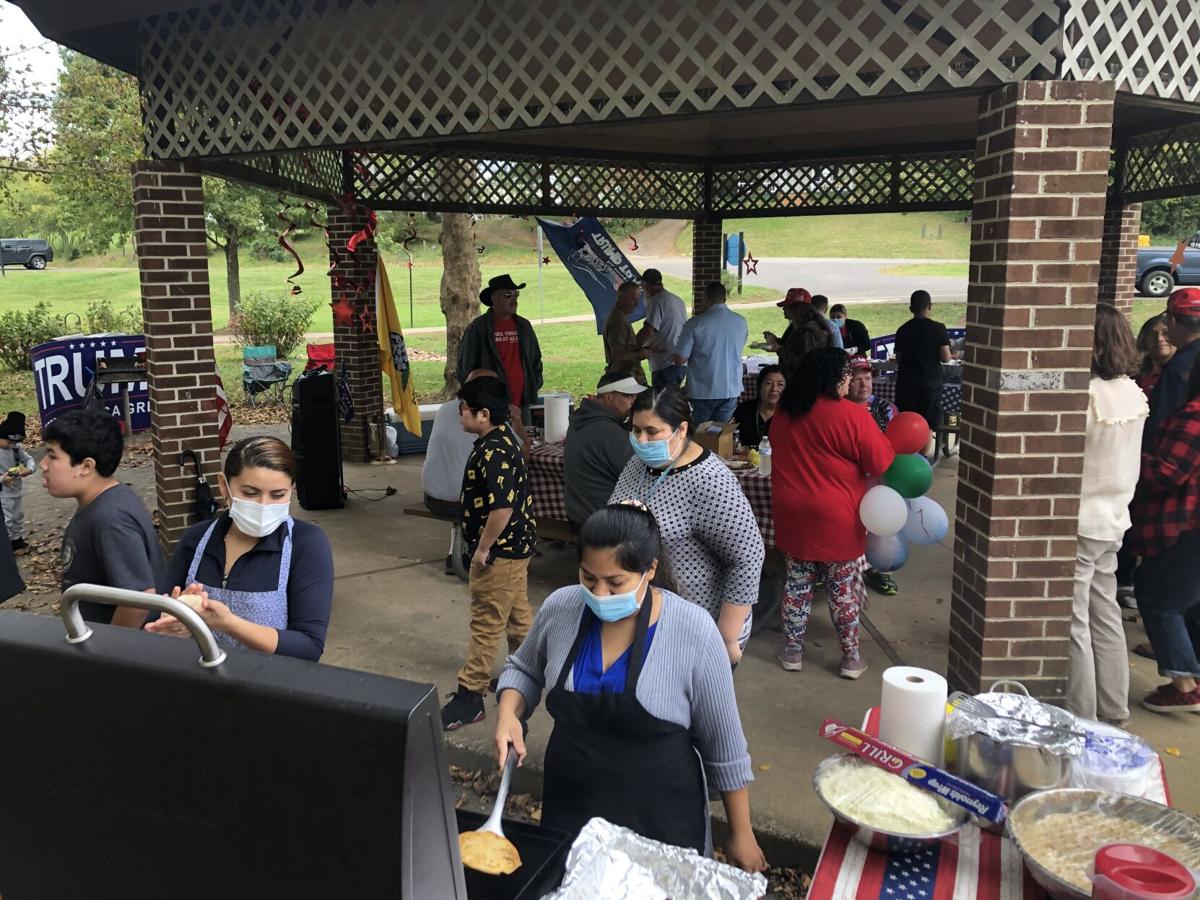 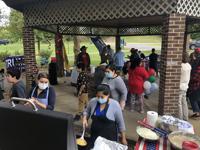 The crowd gathered at Yowell Meadow Park Saturday for the Latinos for Trump rally.

Alexander Valle, organizer of the Latinos for Trump Rally, gives a thumbs up next to a President Donald Trump campaign sign.

Chuck Smith, a 2021 attorney general candidate, addresses the crowd during the Oct. 10 Latinos for Trump rally at Yowell Meadow Park in Culpeper.

Lorraine Carter bows her head during a prayer at the Latinos for Trump rally.

The crowd gathered at Yowell Meadow Park Saturday for the Latinos for Trump rally.

After mingling over enchiladas, pupusas and other Hispanic cuisine Saturday at Yowell Meadow Park, those gathered heard several pro-President Donald Trump speeches at a Latinos for Trump rally.

Event organizer Alexander Valle explained that he is a Latino for Trump because the president wants to deport criminals such as gang members and drug traffickers. The Latino families who are key contributors to Culpeper, he said, do not have anything to worry about.

“What Donald Trump is trying to do is secure our borders, get all of the criminals out of the United States,” he said. “If you’re not in trouble with the law and if you do your fair share in society, you should have no problem being deported.”

Valle said he wants to partner with local leaders and get the Latino community on the right path.

“They all came here for one reason – the American dream. Everyone wants to reach their American dream, let’s help them reach it,” he said.

Valle said it occurred to him that “I could stay at home and complain and watch the news” or be proactive for the community. So, he joined the Culpeper GOP and plans to run for Town Council.

Chuck Smith, a 2021 attorney general candidate, attended the rally and told The Culpeper Times that Latinos should support Trump because he has delivered on his promises and provided the lowest Hispanic unemployment rate in decades.

“He believes in immigration. He believes that Latinos should come into this country the right way, the legal way. He believes in a better economy. At the end of the day, Latinos believe in law and order and border security,” he said.

Smith added that Trump will “stand for the American values” for which Latinos left their homes to pursue. He added that Latinos have good families and good jobs, which they want to maintain in a system that believes in law and order.

In a speech, Smith said the Constitution and Virginians’ rights have never been more at risk.

“They’ve taken God out of the classroom, God out of the courtroom, God out from the halls of justice and they’ve even taken the Constitution off the mantle. We need to get it back, we need to go forward. So I tell people all the time, we’ve got to help Donald Trump, we’ve got to support Donald Trump and make sure that we stop the socialist, the globalist, the anarchists from continuing to take God out of our classroom,” Smith said.

Lorraine Carter, a second-generation American with a Mexican mother, said that “Trump is a friend to all races” and “he definitely has done more for minorities and the disenfranchised than anyone else.” She added that tenants of Hispanic culture including family, faith and being pro-life are Republican tenants.

“It’s a no-brainer,” she said of why Latinos should support Trump.

While some local Latinos appeared at the rally, their support for the president does not coincide with national trends, according to a recent Wall Street Journal article, which stated that a Wall Street Journal/NBC/Telemundo poll recently found that 26% of Latinos support Trump.

Taika Waititi is to executive produce Frybread Face and Me