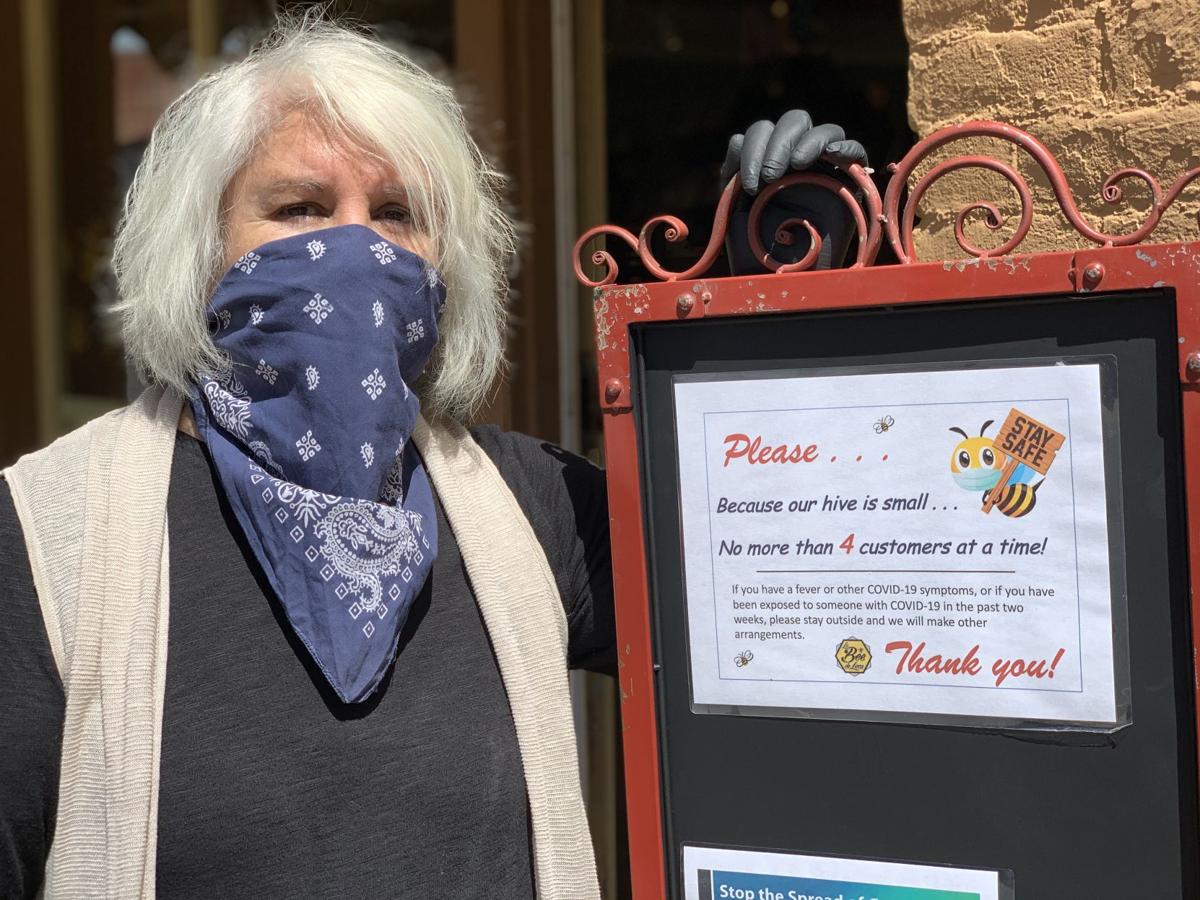 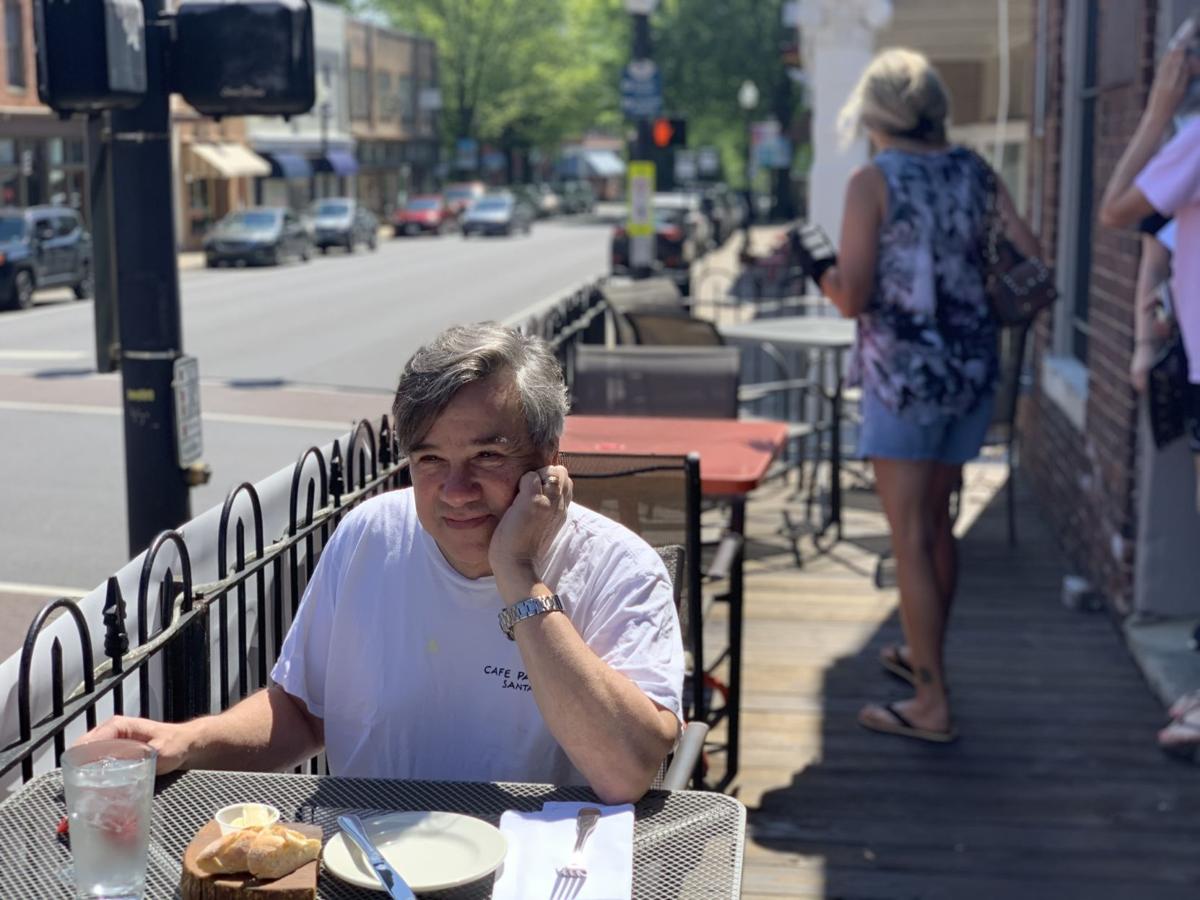 George Stergis has lunch on the front patio of Grass Rootes as customers roll in following the lockdown that’s been in place in mid-March because of the COVID-19 pandemic. 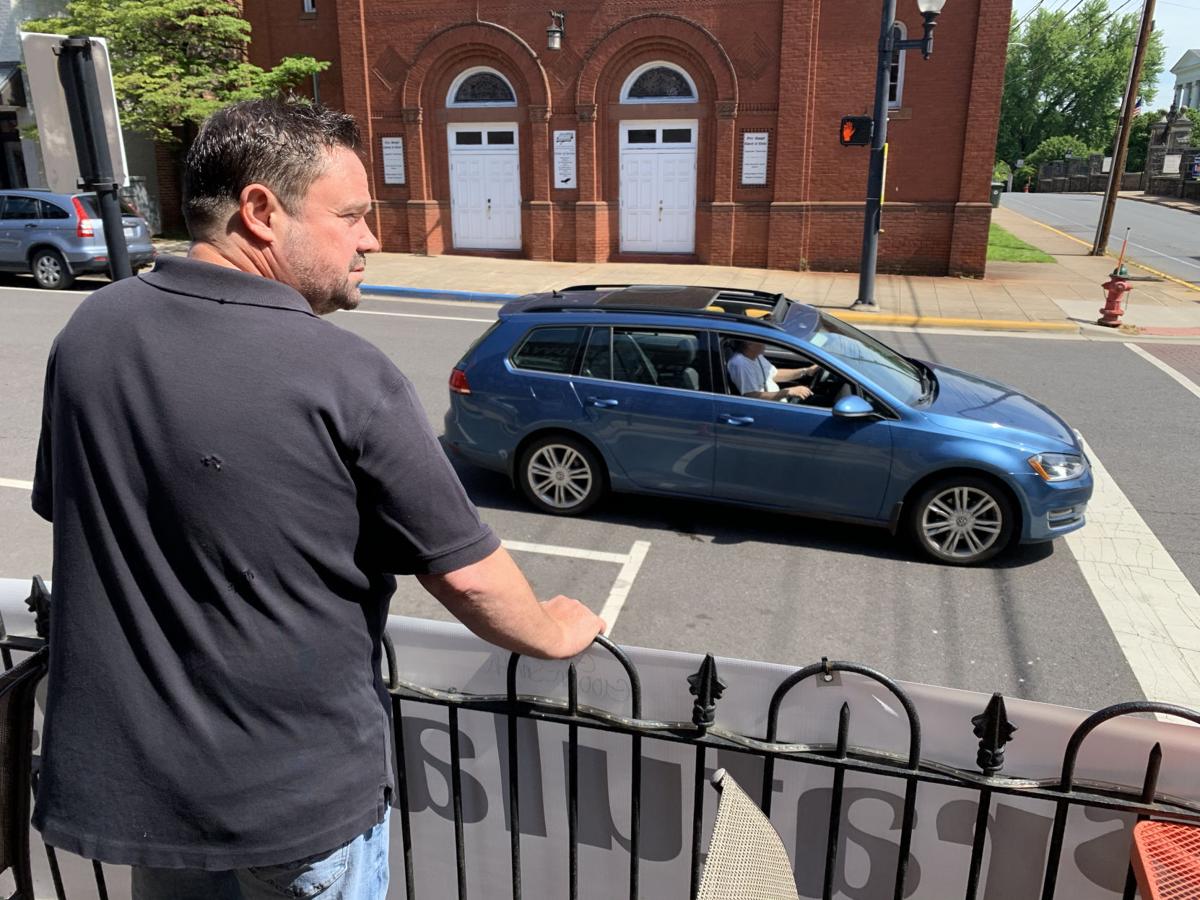 Grass Rootes’ owner Andrew Ferlazzo talks to a driver who says he’ll be at his restaurant in downtown Culpeper as soon as it reopened Friday morning. 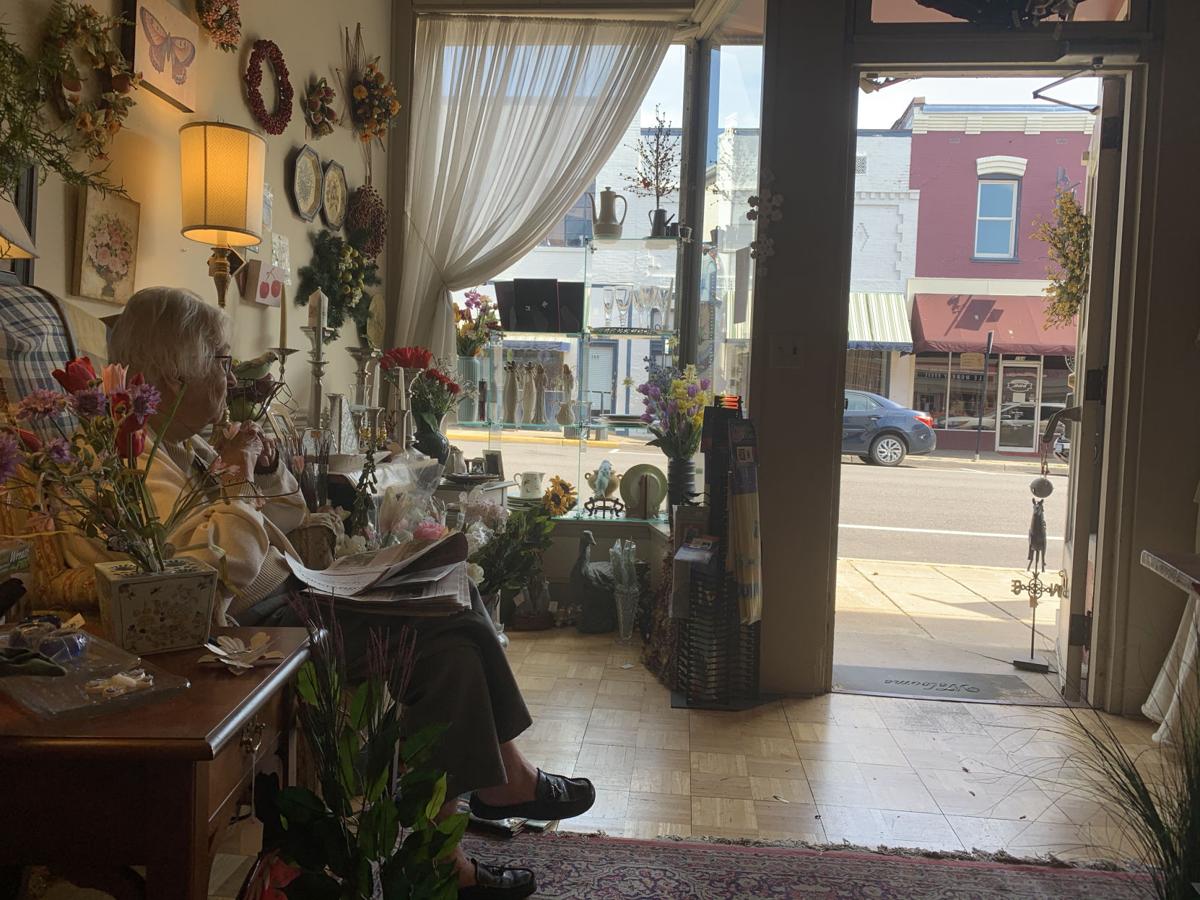 George Stergis has lunch on the front patio of Grass Rootes as customers roll in following the lockdown that’s been in place in mid-March because of the COVID-19 pandemic.

Grass Rootes’ owner Andrew Ferlazzo talks to a driver who says he’ll be at his restaurant in downtown Culpeper as soon as it reopened Friday morning.

Downtown Culpeper restaurants and other businesses that were either closed or offering limited hours and take-out only welcomed the commonwealth’s Phase One reopening Friday morning following the coronavirus-related lockdown that had been in place since mid-March.

Designer Choice’s Shirley Kinneman, was not only back in business, but had the doors wide open as well. “It’s a nice time open,” she said, watching traffic return to Davis Street. Since the business is a season gift shop that’s been in Culpeper “forever,” Kinneman was cautiously optimistic that customers would drop by.

Farther down Davis Street at Grass Rootes, owner Andrew Ferlazzo was excited to reopen the outside seating in front and in the back of the 4-year-old restaurant.

“I kept my full kitchen staff [of four],” he said of having to offer only take-out service during the COVID-19 shutdown. “They haven’t missed a beat.”

After for his servers and other front-of-the-house staff, “I said you can come in. … We tore the building apart inch by inch, deep-cleaned it twice, repainted, restained, redid everything,” Ferlazzo said. “The options was you can sit at home and chill and make this, or you can come in and paint with him.

Despite the lockdown and limited business, Ferlazzo said some good has come about. “It’s afforded us the opportunity to stop and look at what’s really important,” he said. “A couple of us have been feeding the shelter and the EMTs and the hospital on rotation every other day.”

On Thursday night, he had a musician play to Davis Street. By Friday night, he’d have live music playing to socially distanced crowd. State restrictions requiring to him operate outside at 50% capacity means 35 customers will be hand.

It’s almost like reopening from scratch. “We’re kind of pigeon-holed and pivoting. We’re going to open today at 11 and just kind of close when we close.,” Ferlazzo. “It’s brand new, so we’re not really going, ‘here are our hours.’”

George Stergis, the Grass Rootes’ first customer of Friday, was enjoying his meal on the front patio facing Davis Street. A regular customer, “I’ve been waiting and waiting” for the restaurant to reopen. “Without a doubt, this is the best place in town,” he said.

“It’s not time for lunch yet, but here I am,” Stergis said. “Andrew is an old friend, I’ve known his family forever, so I wanted to come to support him.”

Raven’s Nest owner Brittany Mabrey, whose coffeehouse also remained opened with takeout only throughout the lockdown, said she’s expecting traffic to pick up this weekend. “You wouldn’t see anything until possibly tomorrow with Central Virginia being allowed to open and Northern Virginia not being allowed to,” she said. “I think Saturday and Sunday is when you’re going to see anything, if we do.”

“We’re hoping it will start to pick up a little bit [but] we don’t expect it’ll be our normal season,” she said. “We also really relied on the Farmers Market being across the street from us, so that’s going to hurt us a lot.”

Across the street, La Bee da Loca’s Felecia Chavez welcomed Friday’s sunny skies and what’s hopefully a return to normal business. “Since I sell honey, I could have been open but I didn’t want to put people at risk,” she said.

By 11 a.m. plenty of people had stopped by, Chavez said. “It was great morning, I tell you,” she said. “We were going gangbusters.”

Like other businesses, Le Bee da Loca is asking people to practice social distancing in the store; in Chavez’s case, the limit is four. Chavez noted that small-business owners are adults and will take necessary precautions.

“People have got to make money,” she said.