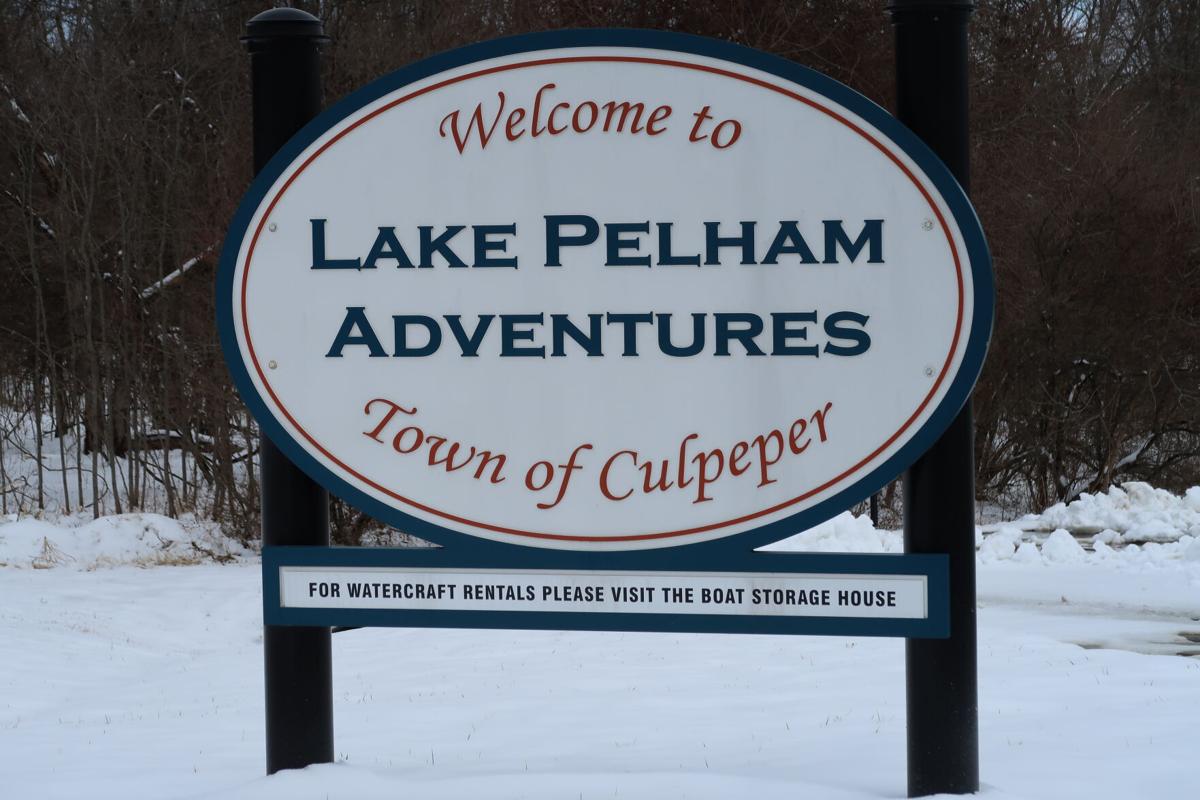 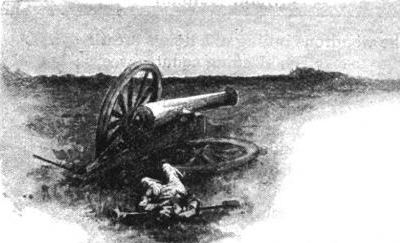 An illustration of Confederate soldier John Pelham's death at the Battle of Kelly's Ford in Culpeper. 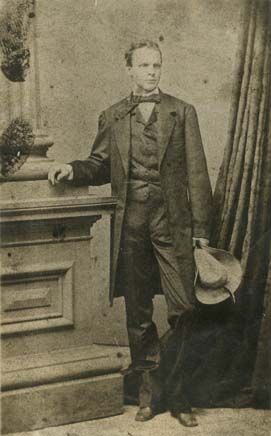 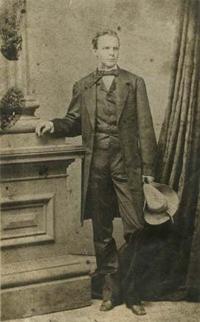 To rename or not to rename? That will be the question surrounding Lake Pelham - which is believed to be named after a Confederate soldier - during a Feb. 9 Culpeper Town Council meeting.

This comes after a town committee consisting of elected officials recently forwarded a recommendation to the council that the lake be renamed.

Although the title was never formally adopted by the town, the man-made body of water off Route 29 has been referred to as Lake Pelham for decades. Exactly how the lake came to be named after John Pelham, an Alabama slave owner who died in Culpeper after being wounded in battle, is unclear.

Councilman Jon Russell, who opposes the renaming, said that “there is no government documentation or media accounts or testimonials as to who the lake is named after” and “in the absence of proof this discussion is nothing more than a debate of opinion not fact.”

Councilman Frank Reaves Jr. brought forward the idea, noting that he has received requests that the lake be renamed from many people.

Councilman Keith Price suggested that the matter be left up to a fall referendum, adding that he suspects the matter would pass in an election.

If the lake’s name is changed, Price asked: “Where do you stop?” He noted there is a Lake Pelham Drive, along with a variety of other Confederate-related street names. Several council members noted that renaming streets is different, as it would change residents’ addresses.

Instead of renaming the lake, Price suggested that the town consider naming the town hall or

Councilwoman Jamie Clancey explained that she previously brought forward a motion to rename the lake during a fall meeting but did not receive a second. To find a new name, she suggested a community contest.

“For instance, we ask the local schools to have students research and pick names for the lake and then the community votes on them,” she stated in a December email. “That way, it becomes a fun and educational opportunity to pick a name more representative of our Culpeper...I have not heard any good reasons to keep the name Pelham."

Local businessman Joe Daniel has led the charge in seeking a name change and offered $50,000 to offset any related costs. At a December council meeting, he said Pelham “contributed absolutely nothing to the Culpeper community” and “contributed zero to society in general.”

He added that Pelham “does not reflect the values or the character of the people of the town of Culpeper in any way, shape or form.”

“If his name were proposed today, it would be treated exactly like Lee Harvey Oswald, who killed John Kennedy, and James Earl Ray, who killed Martin Luther King,” Daniel said. “His name would be rejected without consideration because the town would not be proud to honor such a man and would not want to be associated with such a despicable character in any way.”

Russell, who is not a member of the committee that recommended the name change, reiterated that “it is only a guess that the lake was named after a confederate soldier.”

“We need to let sleeping dogs lie. People are more concerned about jobs and surviving right now, not tearing down Culpeper history on a hunch,” he said.

“We shouldn’t get all caught up in the trend of politically correct culture. We must embrace our history. The good, bad and ugly. And look to the future to promote a more diverse history,” he said.

Councilman Keith Brown told the Culpeper Times on Feb. 2 that he had heard from “very few people'' who want the name changed. Saying he would likely vote against the name change, Brown said the issue seems to be more politically motivated than anything.

Additionally, Brown said feedback he sought on Facebook overwhelmingly opposed the name change. He added that he is conservative and surrounds himself with conservatives, so that feedback may not fairly represent the community’s sentiments. While he is not opposed to letting the matter be subject to a referendum, Brown said that may not be a fair assessment as Culpeper’s white population outnumbers its Black population.

If the name were changed, Brown added that related costs should be funded with taxpayer money because Daniel should not be allowed to “buy votes.” If the name change passes, he added that citizens should bring forth every offensive name within the town so similar issues do not present ongoing controversies.

Any new name for the lake, Brown added, should be “neutral.” Renaming it after a prominent Black resident, he said, may alienate those opposed to the idea - while the goal is uniting the community.

Councilman Billy Yowell stated in an email after the December meeting that Daniel made “a lot of sense” and perhaps it could be called “Lake Culpeper.”

Councilman Pranas Rimeikis said during the committee meeting to “let Alabama name a lake after Pelham.”

Daniel said on Feb. 2 that there are enough votes to change the name.

An update regarding the vote will be posted to culpepertimes.com after the meeting.

Another committee recommended that the town adopt a resolution commemorating local African American heritage. The proposed resolution states that “the recognition of the contributions and achievements of Culpeper’s African American citizens has not been equal to their accomplishments.”

The resolution says the town “commemorates Black History Month in 2021 and in perpetuity affirming its appreciation for the significant contributions made to the Town since its founding by our African American residents.” Additionally, the resolution pledges that the town will “work with local individuals and or groups to promote, recognize and commemorate Culpeper's rich African American heritage.”

Resident Charles Jameson, who helped draft the resolution, said his involvement with the Sons of the American Resolution has shed light on local Black history.

“With me going back into this history, what has been the sad part for me is to read about African Americans fighting for freedoms that they were in hopes of getting one day,” he said.

Jameson added that hopefully the resolution will “help to clear up some of our history here in Culpeper.”

Resident Zann Nelson, who also helped draft the resolution, said “this opens the door of intent and I think it would speak volumes to the community if it’s adopted.”

Find Pelham's grave, dig him up, hang him in Culpeper for 30 days and then burn his body. Happy now? Stop using people's names to name ANYTHING. Period.

Name it Lake Wuss in honor of this idiot businessman, Joe Daniel. What a waste of time and effort, do something to make a real difference in people’s lives like spend that $50k to provide food to starving families. How stupid can these people be?

Rename it to Lake Pleasonton, the Cavalry commander who crushed the treasonous troops at the Battle of Culpeper Court House.

There is clear evidence this was named after John Pelham a man who has contributed 0 to the world at large and 0 to Culpeper County. Honoring a man who enslaved people, is like honoring Hideki Tojo, Heinrich Himmler, Joseph Goebbels, Admiral Yamamoto, or Adolf Hitler. Just choose a neutral name like "Lake Culpeper".

Omg....get a grip and stop this nonsense. You cannot erase the past by erasing a name....enough already. Names are part of history and thus should be remembered.

Damnatio memoriae is a modern Latin phrase meaning "condemnation of memory", indicating that a person is to be excluded from official accounts. There are and have been many routes to damnatio memoriae, including the destruction of depictions, the removal of names from inscriptions and documents, and even large-scale rewritings of history. The term can be applied to other instances of official scrubbing; the practice is seen as long ago as the aftermath of the reign of the Egyptian Pharaohs Akhenaten in the 13th century BC, and Hatshepsut in the 14th century BC.

So,yeah. The past can be erased. Especially if records are destroyed/expunged.

Like when the Japanese set fire to the Korean archives, wiping out their history.

This Pelham guy seems to be an unremarkable fellow whose claim to fame is to have been popular with the ladies and taking a cannonball to the face.

Only assumptions that the lake was named after a Confederate soldier? Those who want it changed need to be told no, it's time to shut this bullshit down.

Sunny, along with a few afternoon clouds. High 49F. Winds light and variable.