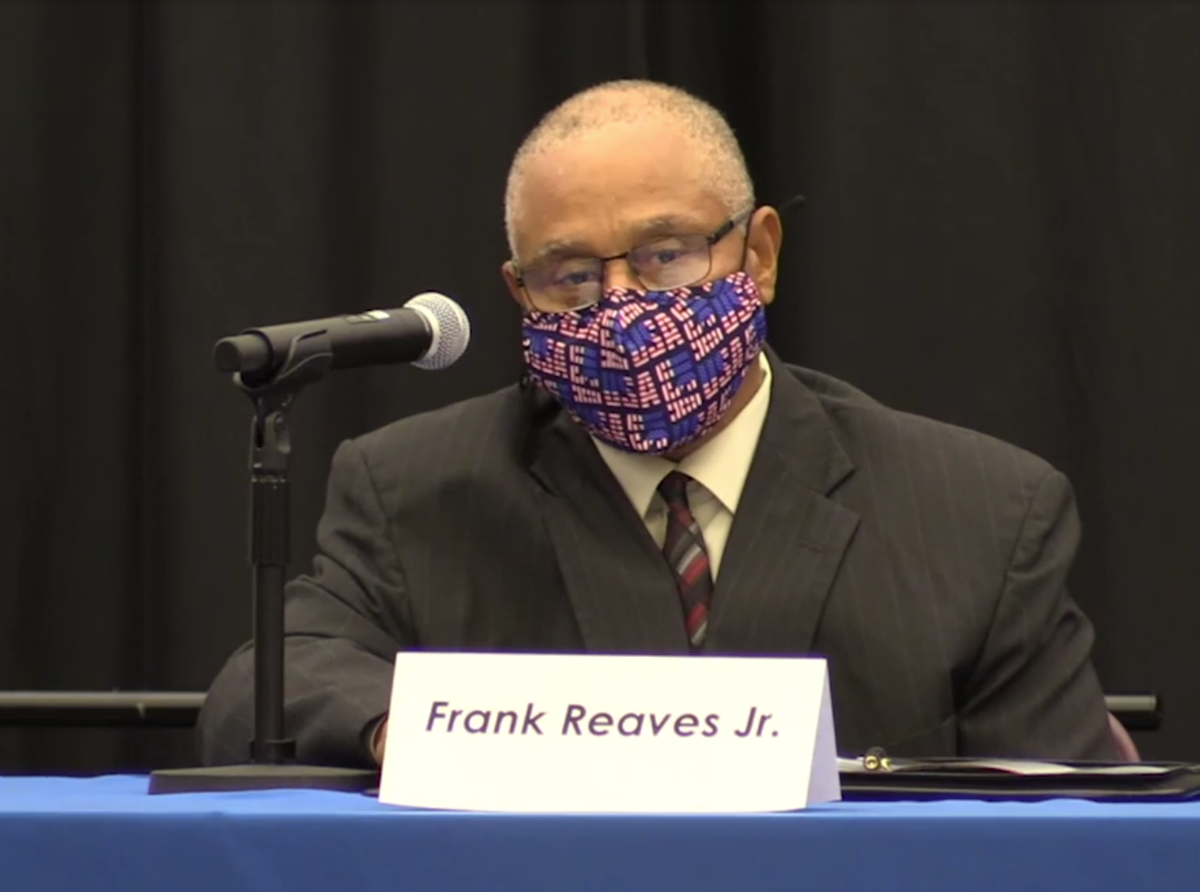 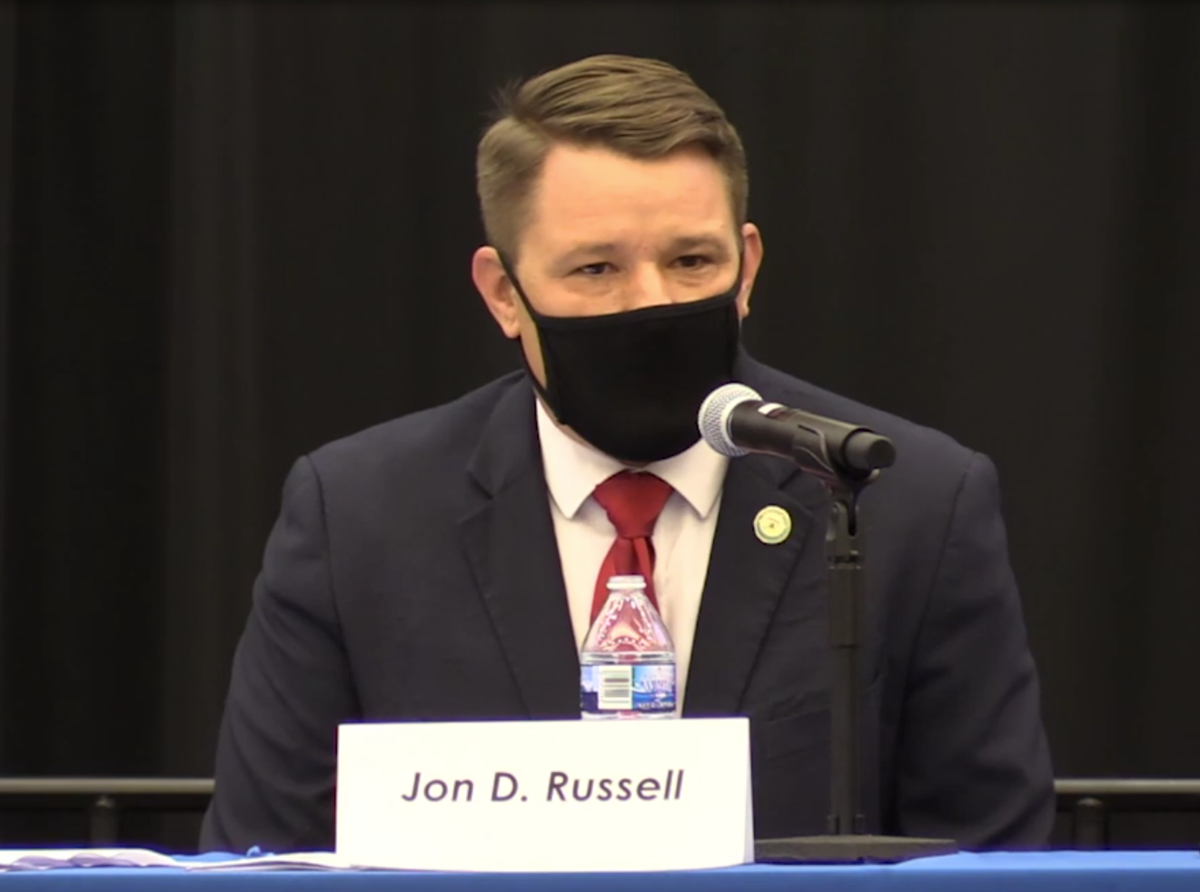 Contested races such as Culpeper Mayor, Culpeper Town Council, Culpeper County Public Schools School Board and delegates for District 30 and 18 were featured.

Over the course of both forums, each candidate was given two minutes to make an opening statement, answer two questions and make a closing remark.

Culpeper Town Councilmen Jon Russell and Frank Reaves, Jr. faced off in what was a battle of established reputations in local government.

“It’s really not about the me,” Russell said. “It's about the we. It’s about Culpeper.”

Russell took time during his opening statement to give a short history of himself as a small business owner, husband and father.

Culpeper, he continued, has everything from fine dining downtown to equestrian sports to wineries.

“These are the things I want to promote as your next mayor,” Russell said.

Both sitting councilmen, Russell and Reaves have served a combined 18 years on the town council.

Russell, who announced his candidacy in January, was elected to Culpeper Town Council in July 2014. His current term expires in December 2021. He is running for mayor as an Independent.

Reaves has served on the Culpeper Town Council since July 2010. His current term expires in December 2023. He is also running for mayor as an Independent.

Although born in Fauquier County, Reaves said, he has been in Culpeper ever since attending all of its schools including Germanna Community College.

The first question moderator Germanna Community College English Professor Sunithi Gnanadoss asked the pair was, “What do you feel is the appropriate amount of community engagement for someone elected to this position? How do you plan to involve residents in the decision making process in our town?”

“We have 11 different committees on the town council that people can volunteer for, and you do not have to be a council member,” Reaves said. “This way you can get involved in town procedures and all and see how things run.”

Open to the public, Reaves encouraged everyone to attend the council’s meetings as a way to better understand procedure and participate in decision making.

Russell echoed the same sentiment when he reflected his push to alter public comment procedures during committee meetings so any member of the public could speak without the approval of the chairperson.

Russell also made note of his push to move local elections from May to November as a way to increase voter participation.

The second question, “If elected, what three steps would you take to put our town on a firmer financial footing?”

Reaves’s strategy includes refraining from spending a lot of unnecessary money, lowering taxes, if possible and keeping morale up amongst employees with good pay rates.

Culpeper, Russell argued, is moving somewhat in the right direction by paying off its debt by 2032. However, he recognized a recurring revenue source that would begin to trickle into the town over the next coming years: recreational marijuana sales.

“I think we need to start preparing for when that when that money does come in and finding a home for it, giving it a name and saying, ‘This is where that money is going to go to fund.’”

According to the Town of Culpeper’s Charter, the mayor presides over council meetings and is recognized as the head of the town government for all ceremonial purposes.

Current Mayor Michael Olinger opted not to run for reelection in May in order to spend more time with his family.

Many mentioned a $240,000 report done on the town’s water quality and how many town councils had “kicked the can down the road” as the quality of water has been a long standing issue. Others spoke about the ongoing project of replacing pipes.

“From the study, it looks like the issue, the iron, the mineral deposits are coming in before the water is blended. It’s a very expensive solution. It’s going to cost a little over $15 million and take about 10 years to implement, but there is a solution there,” Short said. “Our water rates will probably have to go up, and I’ll be the first one to complain, but sometimes you have to make the hard decision on council to do that. How many of us have told our kids we’d love to be your friend, but first we’re going to be your parents? These hard decisions need to be made.”

“Clean water is a basic necessity and a right for every American citizen,” Sledge said. “If we have 99 homes out of 100 that have clean water and one still doesn’t, we have failed. That is a failure. We should not stop working until we get every home with clean water.”

“I believe that solar is one, in demand, and two, it's in demand in Culpeper County because how we’re situated with transmission lines,” Durr said. “I believe this creates an opportunity that we must look at and we must evaluate completely.”

“Solar would not exist without propped up tax dollars,” Fraizer said. “There are so many issues with the solar. You’ve got panels that (are) made in China, they don’t even know what they’re made of and yet we’re letting them put them in the state of Virginia. They’re thinking this is going to be a source of energy for us by 2050. It is not going to work.”

“I recently read an article about some of the currently marketable solar panels,” Gugino said. “At this point, (they only have) 11-15% efficiency rate, so they only produce out of the light that they recieve 11-15% of actual electricity. I don’t want us to be at the forefront of determining whether or not solar works. I want it to be well thought out.”

“I’ve been on the planning commission from the onset of the solar push into the agricultural community,” Rogers said. “If we allow thousands of agricultural acres to be consumed by solar panels that will become the dominant feature in our community. This is one of the greatest issues facing the Stevensburg District.“

“My top priority has always been to react to the voters, my constituents,” Chase said via pre-recorded video. “Whatever issue is hot, it has been solar panels and growth, and that has been the main thing, and of course the budget. Those are the issues that I concentrate on and get the most questions about.”

Brad Rosenberger did not attend.

Only two of the five candidates running for Culpeper County Public Schools attended the forum: Elizabeth Hutchins and Lori Medley. The candidates not in attendance were Rebecca Bragg, Deborah Desilets and Betsy Howard Smith.

Hutchins, who has served 16 years on board, boasts she’s the only candidate with educational experience having taught at Culpeper Middle School as well as a substitute teacher.

“Experience matters,” Hutchins said. “Especially at this time when we’re facing the challenges of recovery from the pandemic and a new wave of growth in student population.”

“I'm passionate about public education,” she continued. “I have dedicated my entire life to the children of Culpeper County as a professional educator or a volunteer.”

Medley, originally from Idaho, said she has taught in both military schools and as a substitute. She also noted in her opening statement she appreciates diversity in the county schools.

One of the questions asked was, “What are your priorities for the district in the coming year? Why and how did you select these issues?”

Medley described how she feels keeping rhetoric about Black Lives Matter - perpetuated by teacher’s unions - is one of her priorities.

“If we try to bring more Black Lives Matter into the schools what does that say to our Hispanic kids?” Medley said. “What does that say to our other kids? Middle Eastern, Indian and Asian kids? It says, ‘Well, you don’t have white privilege.’ So, what do those kids take away from it? They don’t matter. That to me is a priority.”

Hutchins began her priorities with bouncing back stronger in light of the COVID-19 pandemic.

“The priorities that I see for the upcoming year and years to come first are support for our teachers and our students,” Hutchins said. “The last year has been an incredible struggle for everyone - parents too.”

She also noted she sees proving support for other stakeholders to get students back on track, closing academic gaps and teacher retention as her other priorities.

Incumbent Delegate Nick Freitas and opponent Annette Hyde - both running for the 30th District - and Douglas Ward, who is running for the 18th District, spoke about the strategies they’d implement to reform the system to bring mental health resources to the region.

"In terms of increasing supply," Freitas said, “You don’t need more government agencies running this. What you actually need is the funding that we already have allocated going to different organizations, which are community based - and that’s not always directly through the Community Services Board, although that is a mechanism.”

“We can build more and more hospital beds, but what we really need to do is treat mental illness in the beginning by giving our Community Services Board the resources that they need in order to be in the community to help those people in need,” Hyde said.

"I believe that we need to provide funding for proper medical and mental health care,” Ward said. “Besides just the funding, we need to have the facilities to provide that care, which include community forums. A lot of this really needs to be done locally to identify and get those patients - or those citizens - who need help with mental health issues the care that they require.”