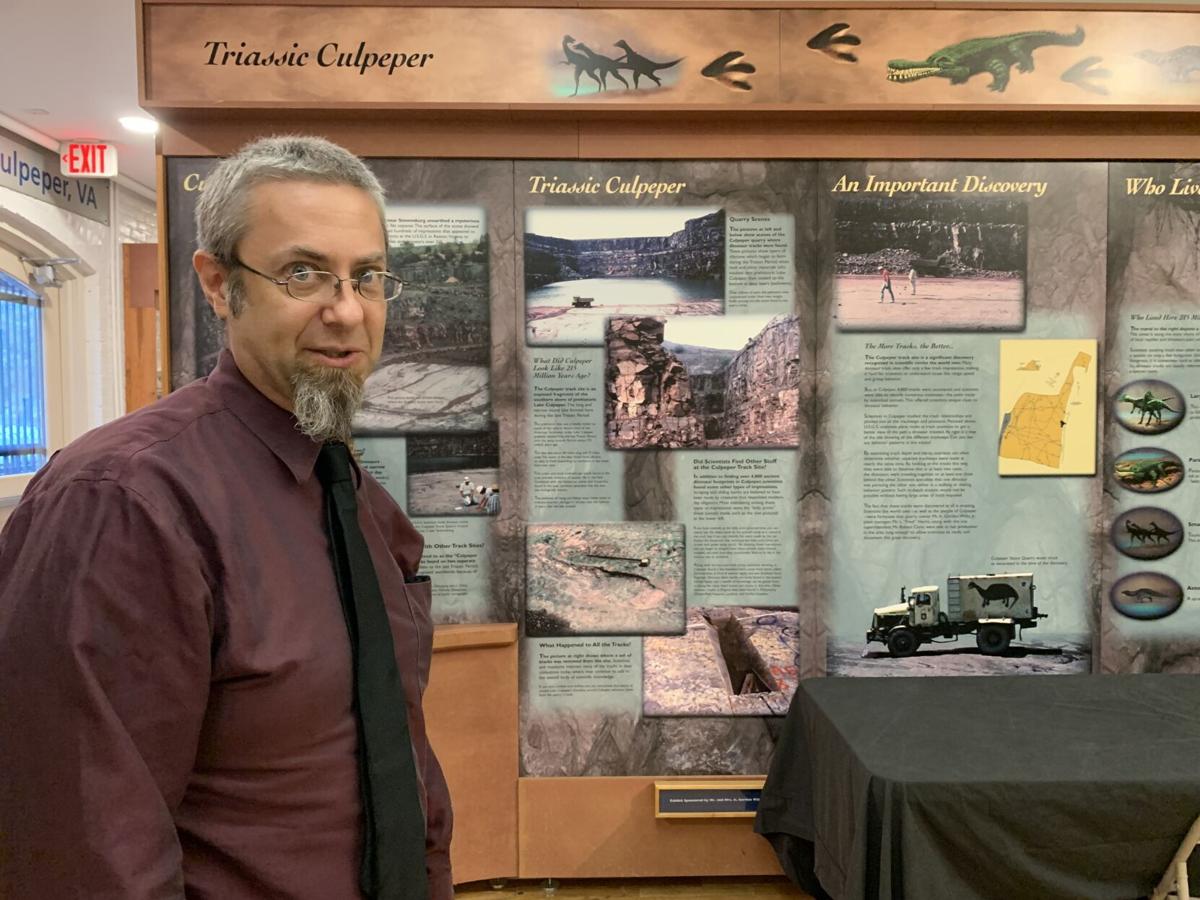 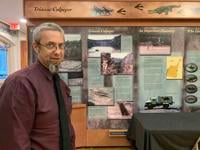 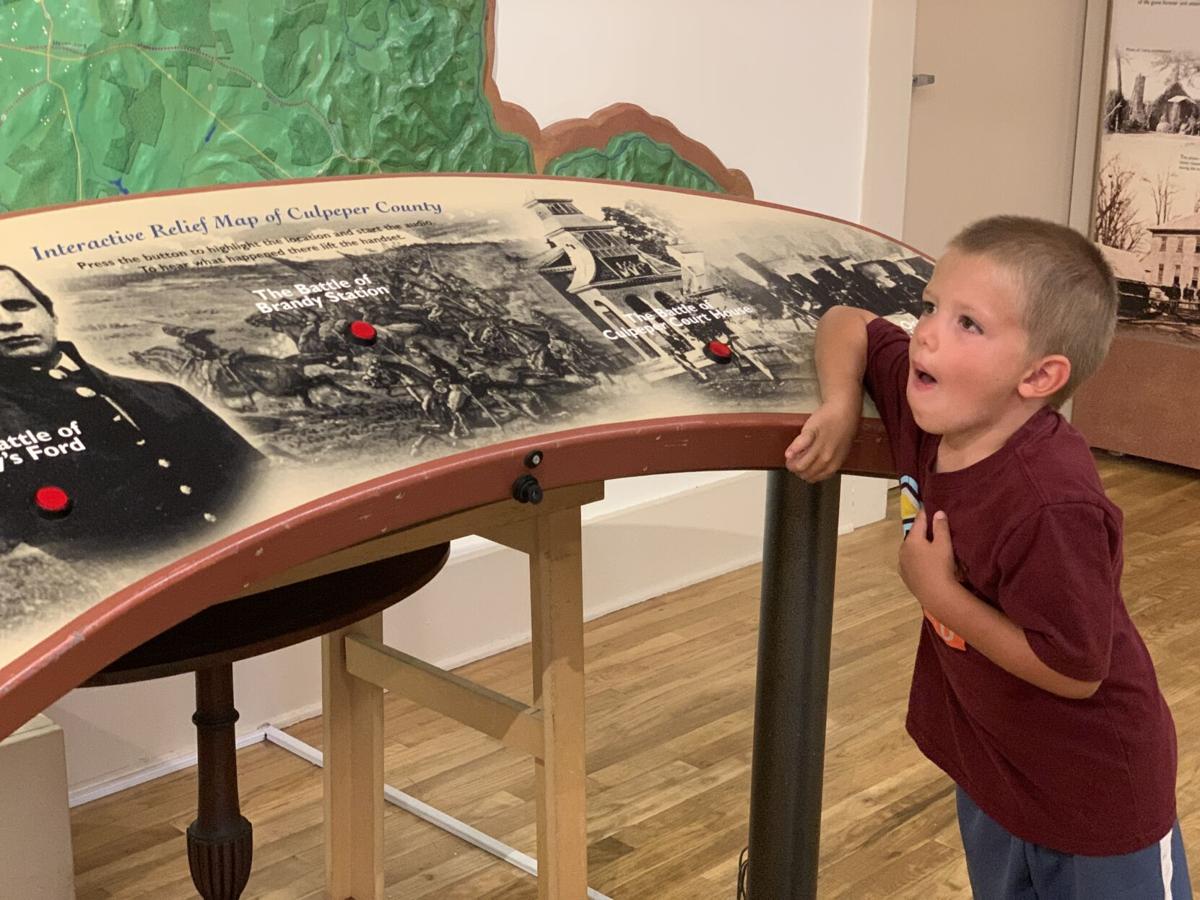 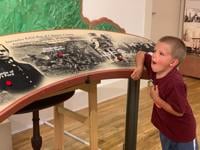 Zen Grant of Madison plays with some of the interactive displays at the Museum of Culpeper History. He was there with his mother, Tiffany, of Madison. 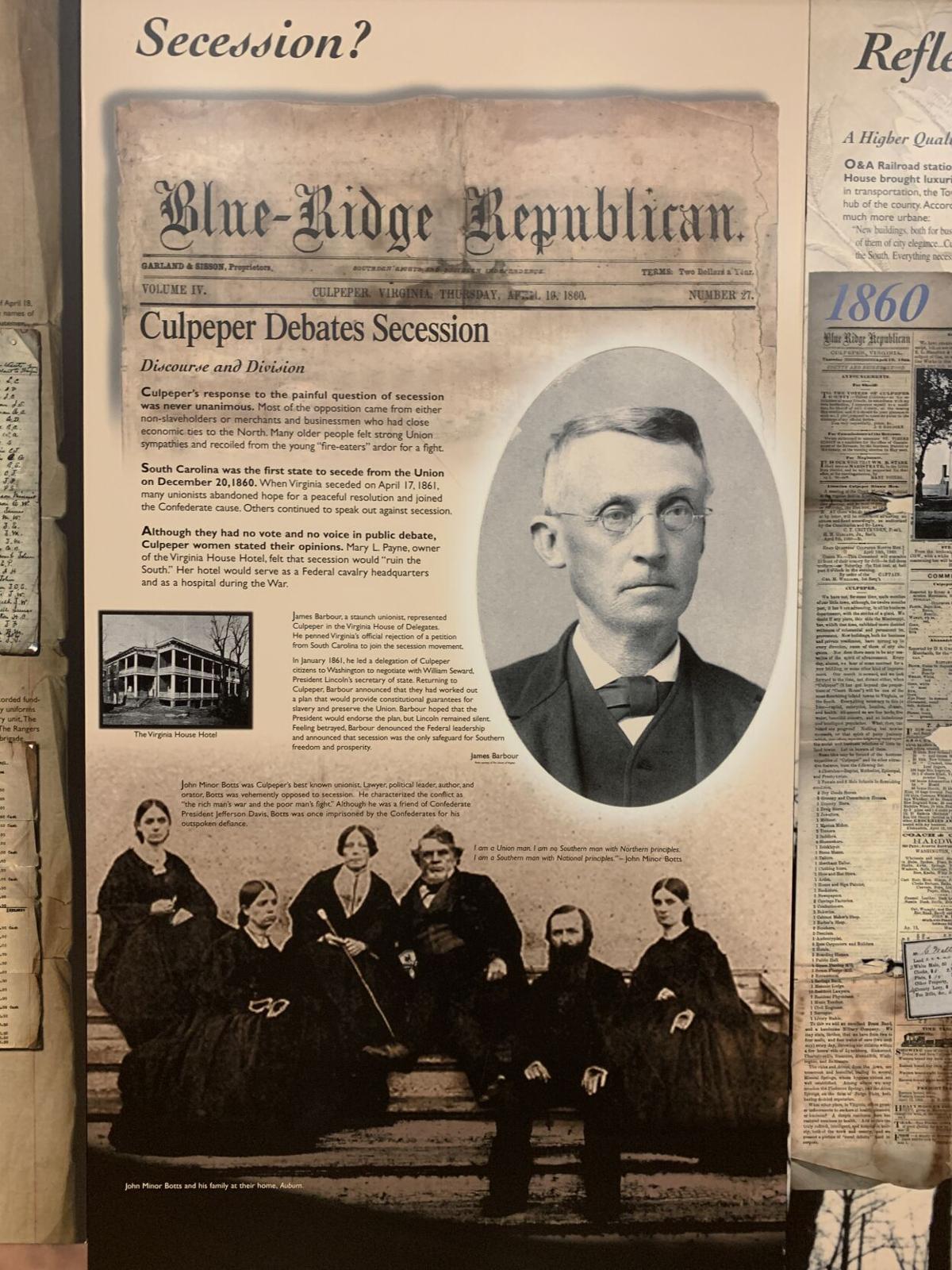 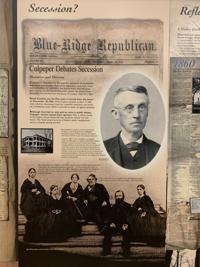 The Museum of Culpeper History is full of displays detailing Culpeper’s role in forming — and fighting among — the country. 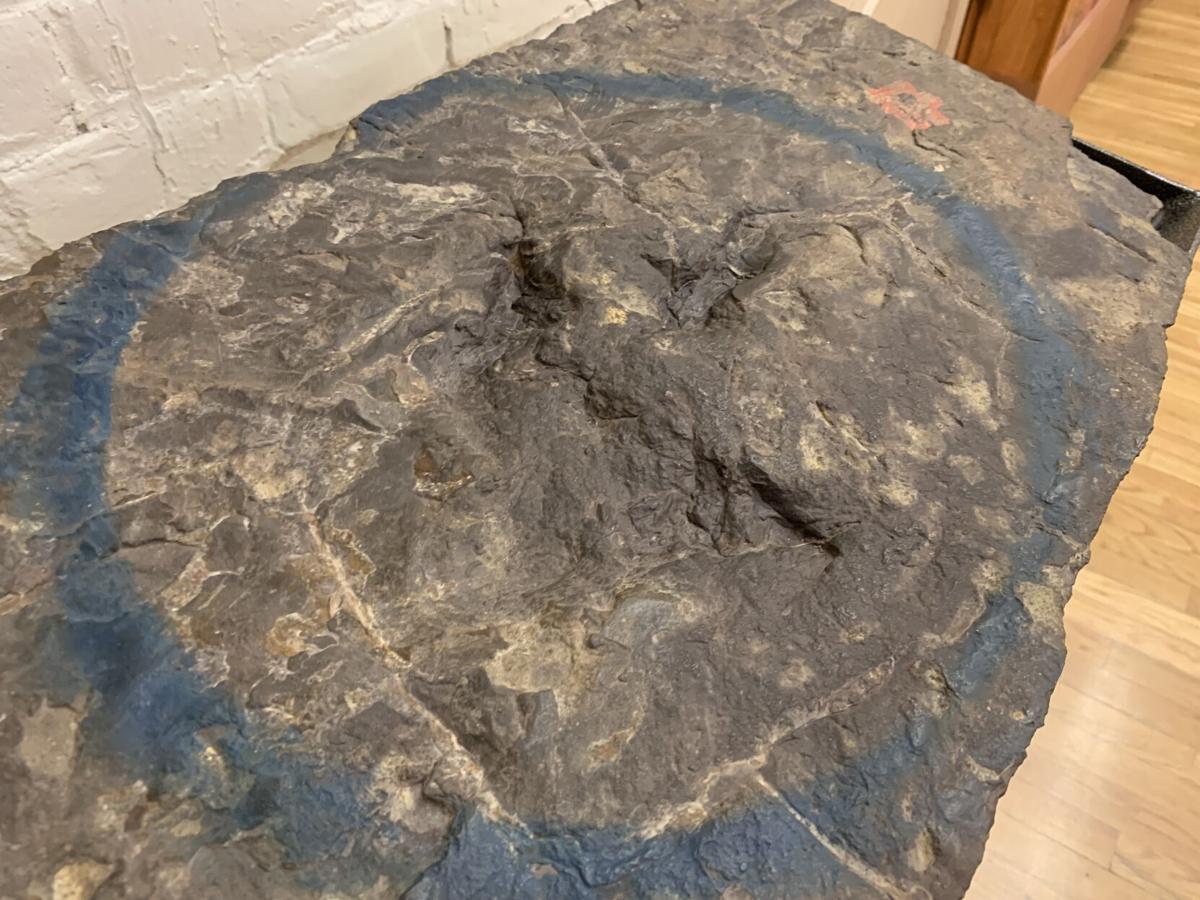 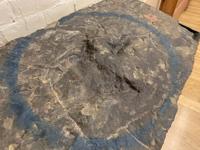 Culpeper has one of the top-5 dinosaur tracks sites in the world at Luckstone Quarry.

Zen Grant of Madison plays with some of the interactive displays at the Museum of Culpeper History. He was there with his mother, Tiffany, of Madison.

The Museum of Culpeper History is full of displays detailing Culpeper’s role in forming — and fighting among — the country.

Culpeper has one of the top-5 dinosaur tracks sites in the world at Luckstone Quarry.

John Christiansen, the new director of operations for the Museum of Culpeper History, has had a love of history since first grade.

“I’ve always been interested in it from a young age,” he said. “Honestly, my primary interest is 19th century Civil War era and military history. In first grade, we went to Gettysburg and Harpers Ferry and Antietam. All the cyclorama and  all the monuments and all that, I thought was interesting. I really don’t know a lot about what was happening, but I was really interested in it.”

In the many years since, Christiansen has lived everywhere from New York to Mobile, Alabama to Minneapolis and South Carolina, most recently working in Richmond as operations director of the Branch Museum of Architecture and Design.

“I think it’s given a little bit more exposure to different kinds of people,” Christiansen said. “I think about different types of things. It’s just a better understanding of different kinds of regions. I think I’ve been fortunate to be able to do that.”

His goal now is to get the Museum of Culpeper History, located in the historic downtown railroad depot, back on track after more than a year of COVID-19 restrictions.

With the help of Helen Thompson, the museum’s education coordinator, Christiansen is looking to get the museum back in front of the people. “Every place I’ve worked at, my focus has been on increasing programming,” he said.

“Our big challenge is getting back to normal after the pandemic. I think for a lot of museums … the challenge is we have been closed, we’re doing remote programming for so long, we’ve not been able to do so many things for so long that we’re trying to get back into that mindset of, ‘oh, yeah, we’re in schools, lectures and children’s programs and walking tours,’” Christiansen said. “We really didn’t know when those restrictions would be easing, so even when they were dropped, it wasn’t immediately, ‘yeah, we’re doing whatever next weekend.’”

With the dropping of remaining COVID-19 restrictions, Christiansen is hoping to use the summer to ramp up different programs, including table-top wargaming and summer camps, children’s program and “museum jams” with different breweries and wineries to get the Museum of Culpeper History in the spotlight once again.

“We’re contacting some of the breweries and wineries for venues for August and September,” he said, adding that the museum is also planning to do a walking tour of the downtown in the fall. “We have a volunteer who’s very interested in working on that.

“Fall is the target date to having a lot of this really going,” Christianson said. “The end of the summer is going to ease us back into that.”

While many people know Culpeper’s ties to the Revolutionary War and the Civil War, there’s more to the town and county than just those.

“Culpeper has three big stories, as far as history,” Christiansen said. “One is the dinosaurs. We have one of the top-5 dinosaur tracks sites in the world [at Luckstone Quarry]. I don’t think a lot of people really know that.

“The other thing is the Culpeper Minute Men and the ‘Don’t Tread on Me’ flag. That flag is on license plates all across the state and I don’t know how many people in Norfolk or up in Shenandoah County or around Blacksburg really realize that that’s Culpeper, but it is. That is a statewide symbol that a lot of people have. And that goes back to something that happened here in Culpeper,” he said.

“The third thing is the Civil War. A lot of Civil War battles of various size were here in Culpeper … the Battle of Cedar Mountain, the Battle of Brandy Station, the big winter encampment in 1863-64. Lee’s army was camped here before Gettysburg and then went to Gettysburg. There was a lot of troop movement here in this area,” Christiansen said. “Most people are aware of the Civil War history. That’s a big draw for people coming in from the outside.”

With social-justice and other movements taking off in the past year, Christiansen wants to make the telling of local history more inclusive.

“We want to continue telling those stories and giving people options to learn about that stuff, but also pilot stuff that we don’t know as much about,” he said. “We have one on three documented lynchings that took place in Culpeper, which is a grim story but one people need to hear of. … I want to tell those stories of underrepresented peoples.”

Christiansen also wants to target the region’s increasing Latino population. “We want to be able to find a way to tell those stories as well and make sure people see the museum as their museum, as something that reflects their community,” he said. “We want to have something here for everybody.”

A mix of clouds and sun in the morning followed by cloudy skies during the afternoon. A stray shower or thunderstorm is possible. High near 90F. Winds SSW at 5 to 10 mph.