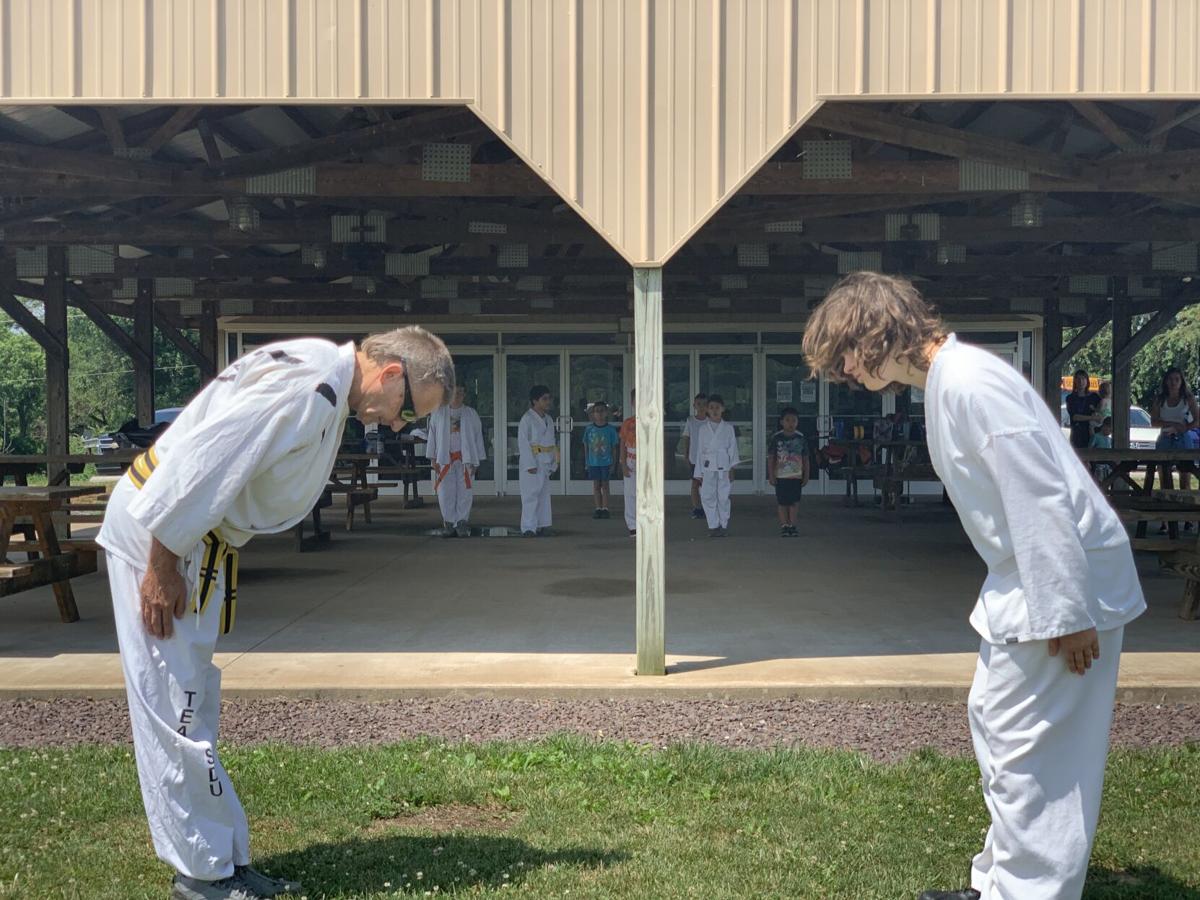 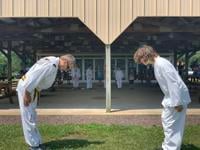 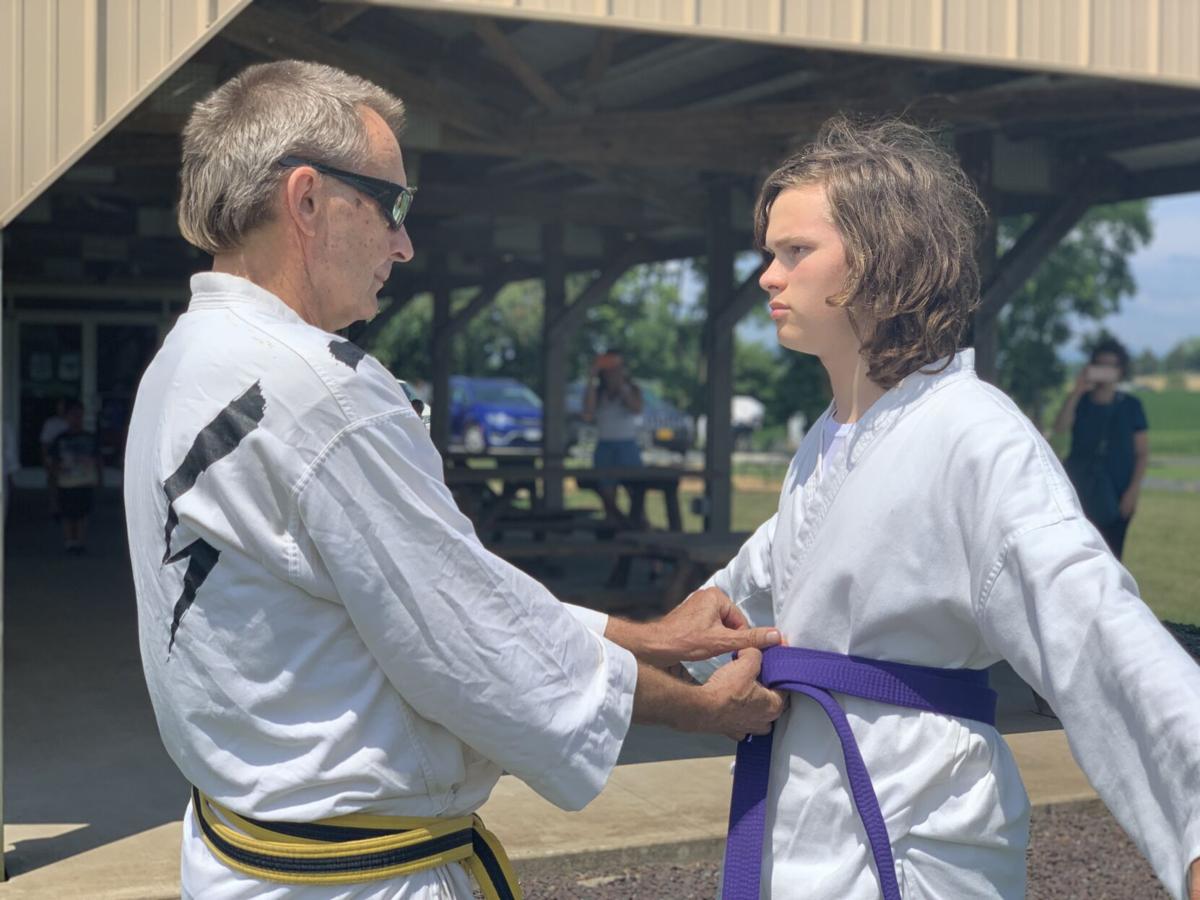 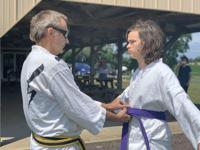 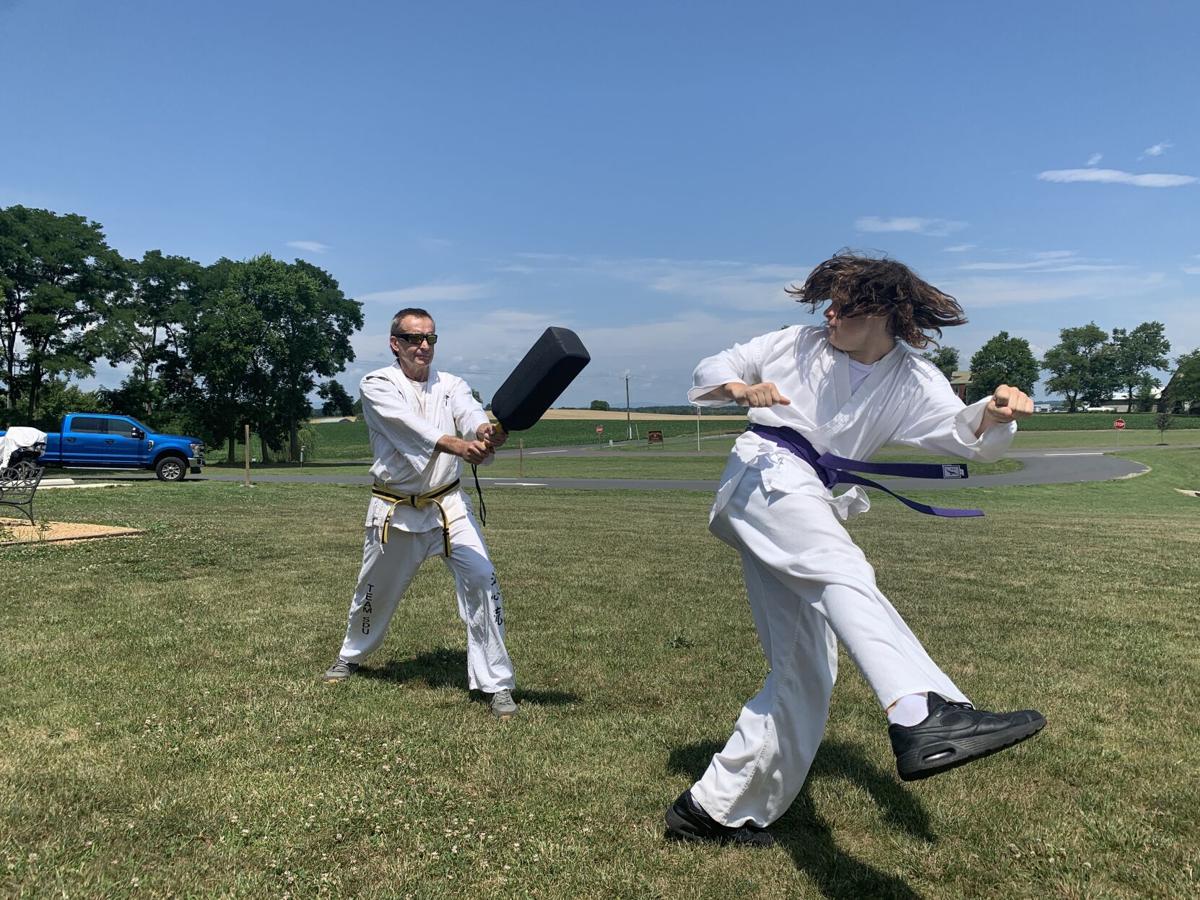 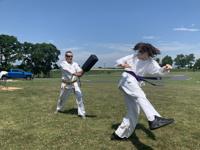 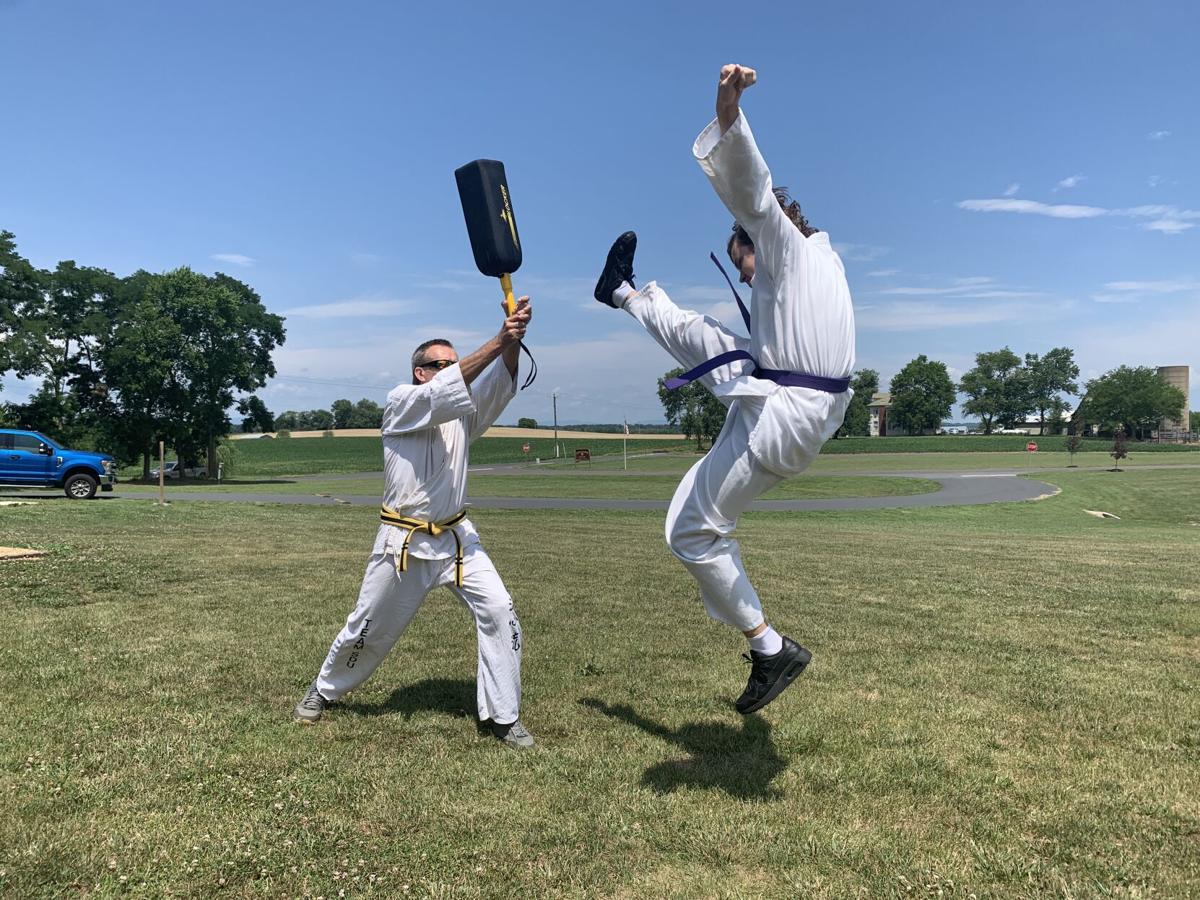 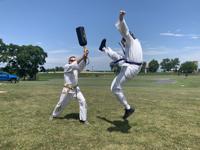 And while the focus was on Wilton, who respectfully received his belt and then demonstrated some of his moves while sparring with his instructor of the past eight years, the accomplishment was more a celebration of the success of the Culpeper Parks and Recreation program.

Wilton is just one of three active purple belts — an advanced/-intermediate designation in the local program, along with 17-year-old Leigh Taylor and 14-year-old Emery Taylor.

“When I started out, I really didn’t know how long I’d be doing it, but I’ve continued to do it,” said Riley, a home-schooled student. (The next stage is brown, followed by the prestigious black  belt.)

“It’s a big accomplishment,” said Riley’s Mom, Kelly. “It’s great. This is a wonderful program. We kind of fell into it. He was into martial arts but we couldn’t afford anything at the time. This is just a wonderful, affordable opportunity for families. It’s really well run.

Godlewski is “just fabulous, especially with the younger crowd,” Kelly Wilton said. “He’s got great poise and patients, and he did with Riley as well.”

“[Riley] was actually a little boy, like some of these other campers starting out like that,” Godlewski said, noting that his student has been part of the program for half his life.

And while it usually takes about four to five years to go from beginner to receiving a purple belt, Riley’s journey has taken longer due to the part-time nature of the Parks & Rec program — as well as the COVID-19 pandemic.

“Our program has reached a level of excellence because we all our classes full for several years,” Godlewski said. “The limit was 10 per class, and we filled up at 10. Unfortunately, when COVID came, we were shut down. Finally, we were able to do six in a small camp with restrictions.

“We did one small camp. Now we continue to do (more). We did some small classes this year, but also limited it to six people with restrictions,” he said. “Now that restrictions are lifted, we are still practicing some things to be class, like handwashing, but we’re able to practice it a little more. The children are happy to assemble, socialize and play together.

Godlewski said the accomplish of his students are reflective of him as an instructor as well.

“I’m tremendously proud, because the instructor — the sensei, the teacher — is not judged by what he can do, but what his students can do,” he said. “My students show what we’ve been able to accomplish together. And that includes the support of the parents and their commitment, and the self-control and the discipline and so on.

“Along the way, I tell them, ‘you should be proud.’ I am proud for him, very much proud, because of the top students, he is one of them,” he said. “Most people don’t even get a yellow belt, which is first.”

Martial arts classes through Culpeper County Parks and Recreation will run August-December, and March-May. The next session starts in late-August, and registration opens Aug. 13. For more information, call the department at (540) 727-3412 or visit web.culpepercounty.gov/Government/DepartmentsP-V/ParksandRecreation.

“The skill level is comparable to the best karate schools, in my humble opinion,” Godlewski said.

Partly cloudy this morning. Increasing clouds with periods of showers this afternoon. High 76F. SSW winds shifting to WNW at 10 to 15 mph. Chance of rain 70%.

Rob Halford's cancer is in remission

She signed a contract at the age of 6! These are the richest child stars of all-time

From the red carpet to living on the streets! The stars died penniless and in debt