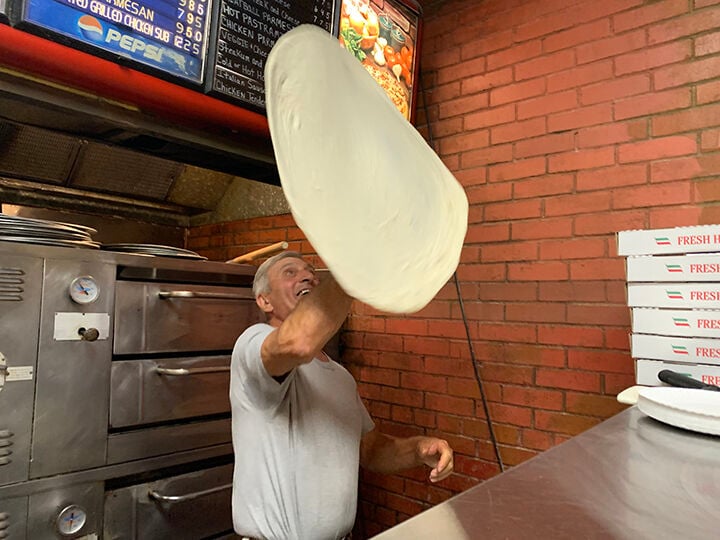 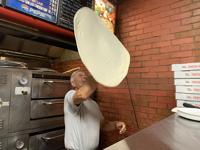 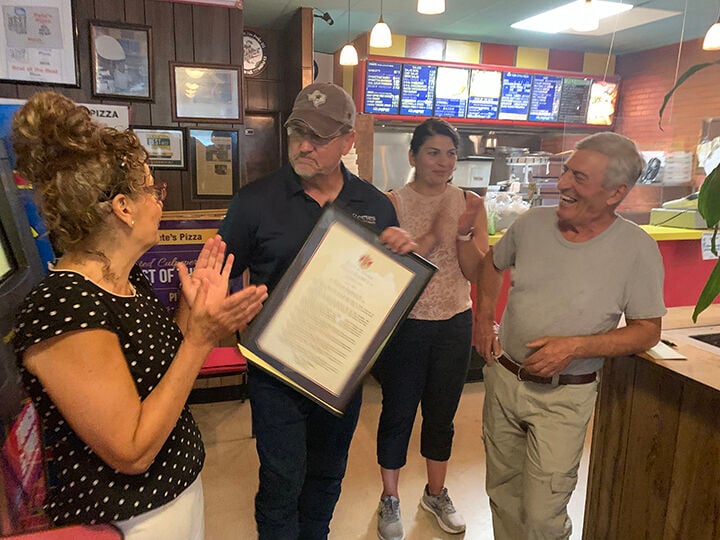 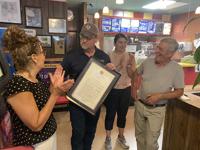 Virginia Sen. Bryce E. Reeves presents the Katrakilis family (Eleni, daughter Georgia and Pete Katrakilis) with a Virginia Senate and House resolution on Saturday, June 19, honoring them for Pete Pizza’s 45 years of service in Culpeper and creating a strong sense of community along the way. 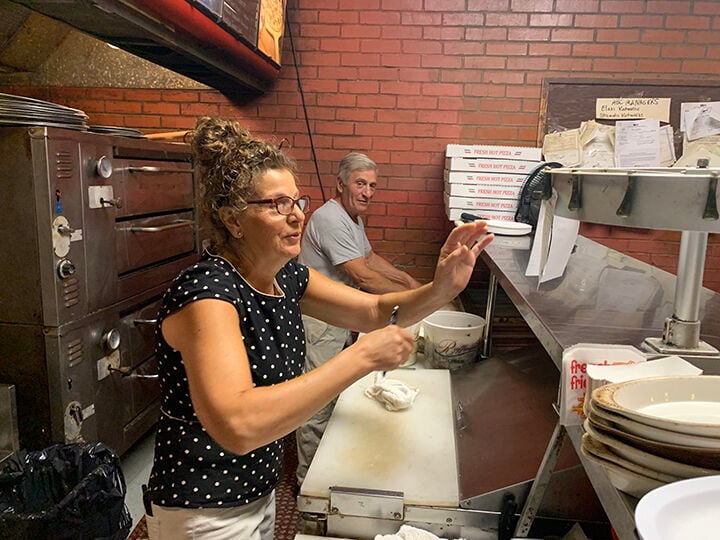 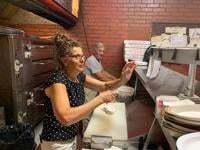 Eleni and Pete Katrakilis prepare food in the kitchen of Pete’s Pizza.

Virginia Sen. Bryce E. Reeves presents the Katrakilis family (Eleni, daughter Georgia and Pete Katrakilis) with a Virginia Senate and House resolution on Saturday, June 19, honoring them for Pete Pizza’s 45 years of service in Culpeper and creating a strong sense of community along the way.

Eleni and Pete Katrakilis prepare food in the kitchen of Pete’s Pizza.

In 1975, Pete Katrakilis was headed down to Charlottesville to scope out a spot to start a pizza restaurant near the University of Virginia. But then he stopped for gas for Culpeper.

On Saturday, June 19, the Katrakilis family was presented with a Virginia Senate and House resolution by Virginia Sen. Bryce E. Reeves, honoring them for creating a strong sense of community along the way.

“Sometimes it’s just nice to be recognized,” Reeves said at Pete’s Pizza. “You know how long they’ve been in business and what they’ve done for the community, how many pizzas they’ve thrown out of the door, how many families they’ve fed that nobody knows about. I can tell you, this family is like that. They take care of those who can’t take care of themselves.”

“People love us because we try to please everybody,” she said. “I won’t eat anything that I wouldn’t serve to the customers. We have no problems. We never have anybody call or complain. No nothing. And we’ve been there all of these years.”

Pete Katrakilis contributes his success to plain ol’ hard work. “That’s all. You’ve got to stay right on it,” he said. “A lot of people go into business and find little difficult times. And,” he said, smacking his hands, “they get out. Me, I say no. I’m on it. I’m here.”

In those 45 years, the business has weathered gas and energy crises, several recessions and, of course, COVID-19. After closing shortly after COVID-19 restrictions were implemented, the business then offered carryout only. “And business was better than ever,” Eleni Katrakilis said. “Everybody wanted pizza. [Business] was good. It still is.”

“I’ve been up and down so many times, but never disappeared,” Pete Katrakilis said.

When Pete’s Pizza first opened, his only competition was the Pizza Hut down the street. “I never did worry about the competition,” Pete Katrakilis said. “[The secret is] in our food. I don’t cook it for the customer, I cook it for myself. If it’s not good enough for me to eat it, I wouldn’t give it to a customer.”

“We try to keep everything fresh,” Eleni Katrakilis said, noting they make their dough and sauce fresh every day — sometimes twice a day.”

When Pete’s Pizza first opened in 1976, it counted Little Leaguers, tennis players, golfers and walkers as its customers. That’s still the case today, said Julie Yowell, wife of Culpeper Vice Mayor Bill Yowell and one of those tennis players/patrons from 45 years ago.

Pete’s Pizza continues to rack up awards for being one of the Best of the Best in Culpeper.

“It’s reflected in all the awards and everything else,” Sen. Reeves said. “Sometimes it’s just good to give accolades, a pat on the back.”

A mix of clouds and sun in the morning followed by cloudy skies during the afternoon. A stray shower or thunderstorm is possible. High near 90F. Winds SSW at 5 to 10 mph.