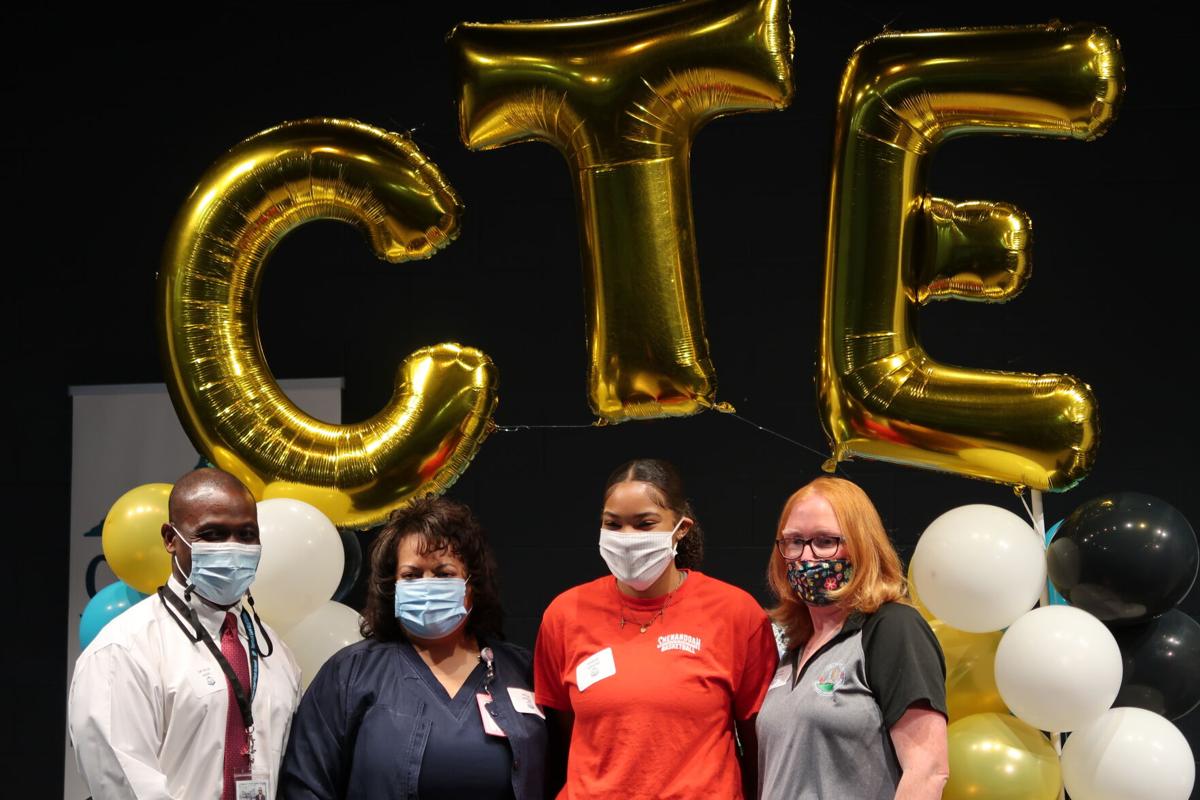 From left, EVHS Principal Dr. Felix Addo, Kecia Washburn Greene, Terese Greene and Megan Hawkins of the Culpeper Baptist Church Childhood Development Center pose together after Terese signed a letter of intent to work at the Baptist CDC after graduation. 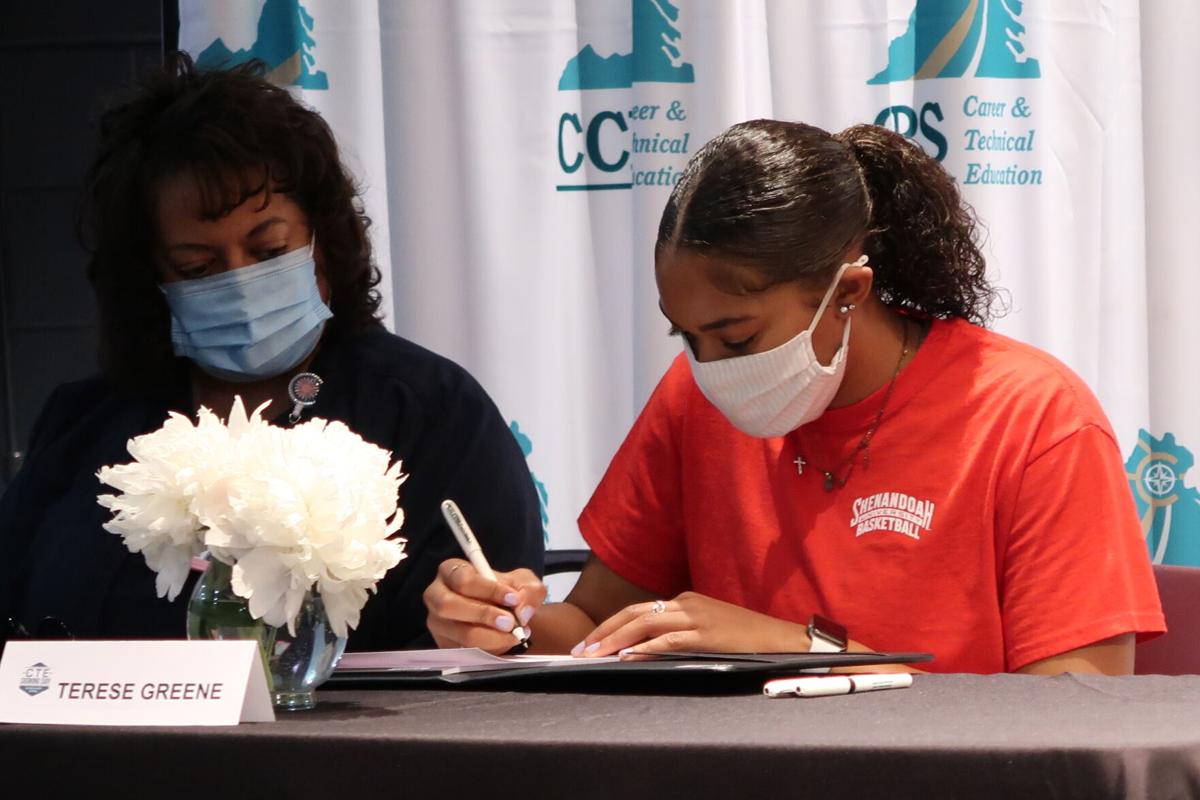 Terese Greene, right, signs her letter of intent to work at Culpeper Baptist CDC after graduation during the CTE signing day ceremony with her mother Kecia Washburn Greene. 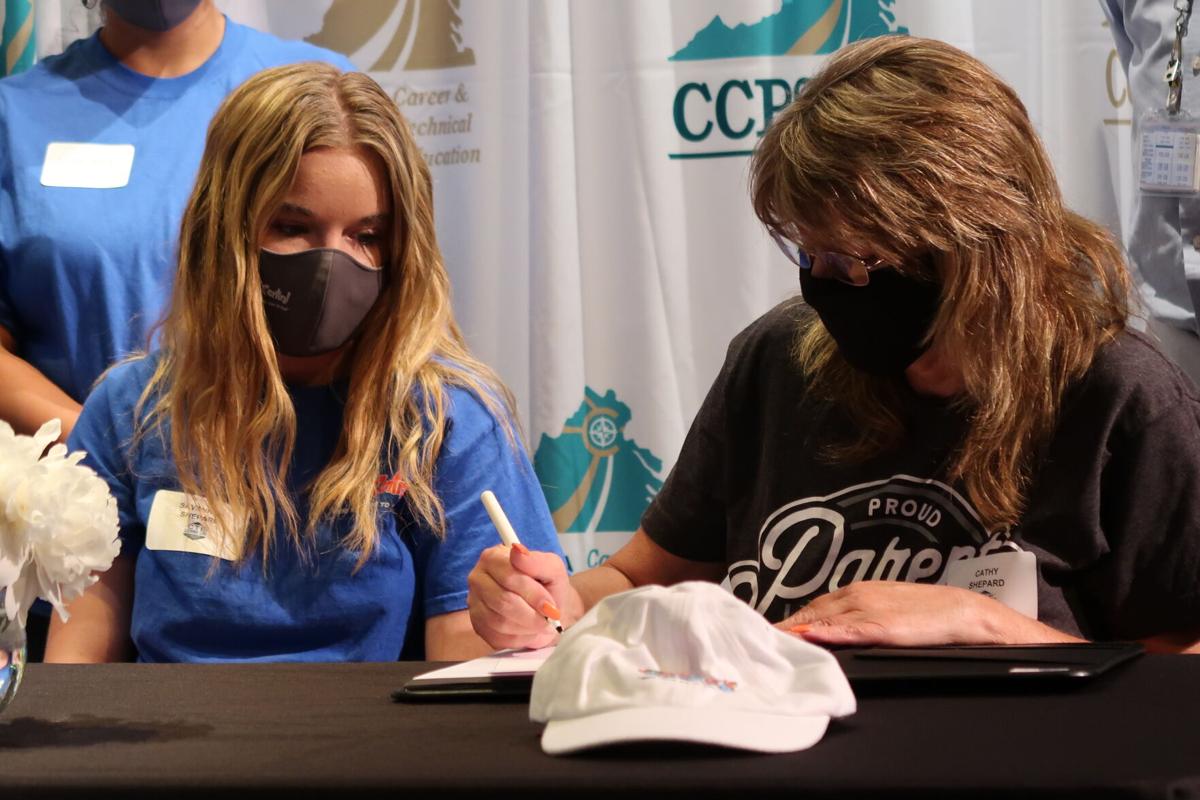 Savannah Shepard, left, looks on as her mother Cathy signs her letter of intent to continue working at Kid Central after graduation on Thursday at Eastern View High School. 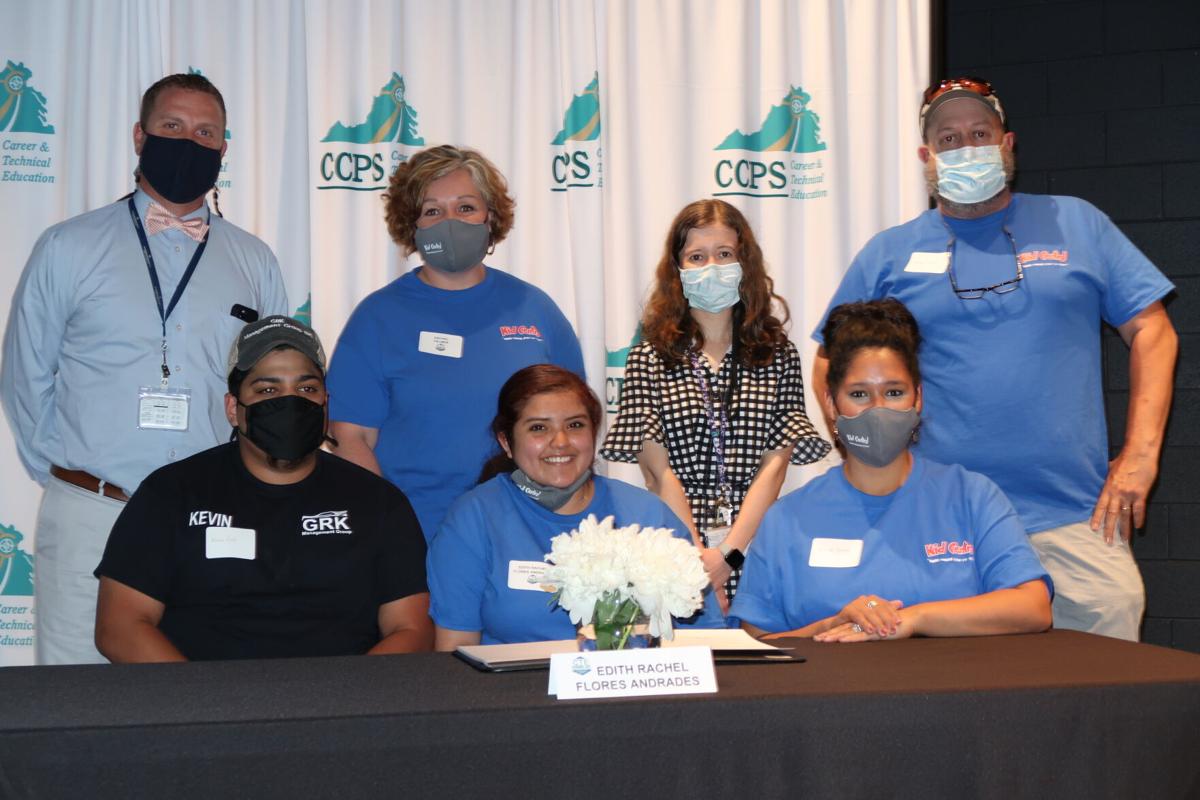 High school seniors prepared to hop right into the workforce after graduation were celebrated this week during the second annual Career and Technical Education Signing Day ceremony.

Similar to when high school athletes announce the college team they will join, career and technical education students on Thursday were joined by family, Culpeper County Public Schools staff and their soon-to-be employers to sign letters of intent for their jobs.

Randi Richards-Lutz, CCPS' director of CTE, explained that the signing ceremony was initiated because it is just as important to celebrate the students who are entering the workforce as those who will be joining collegiate sports teams.

"We're proud of every single one of them," she said.

Rachel Palmer, Kid Central's program manager, was happy to attend the ceremony and explained that both Andrades and Shepard will also attend Germanna Community College to pursue early childhood education degrees. Through a state program, she added that Kid Central will help pay for their continued education.

Another signing day is expected imminently as other students are still in the interview process for employment.

Cloudy skies. A stray shower or thunderstorm is possible. High 88F. Winds WSW at 5 to 10 mph.

Juneteenth on TV: A ‘black-ish’ Marathon, Movies & More Programming to Check Out

Ciara and Russell Wilson had love at first sight

Kris Jenner had 'a lot of great years' with Caitlyn Jenner