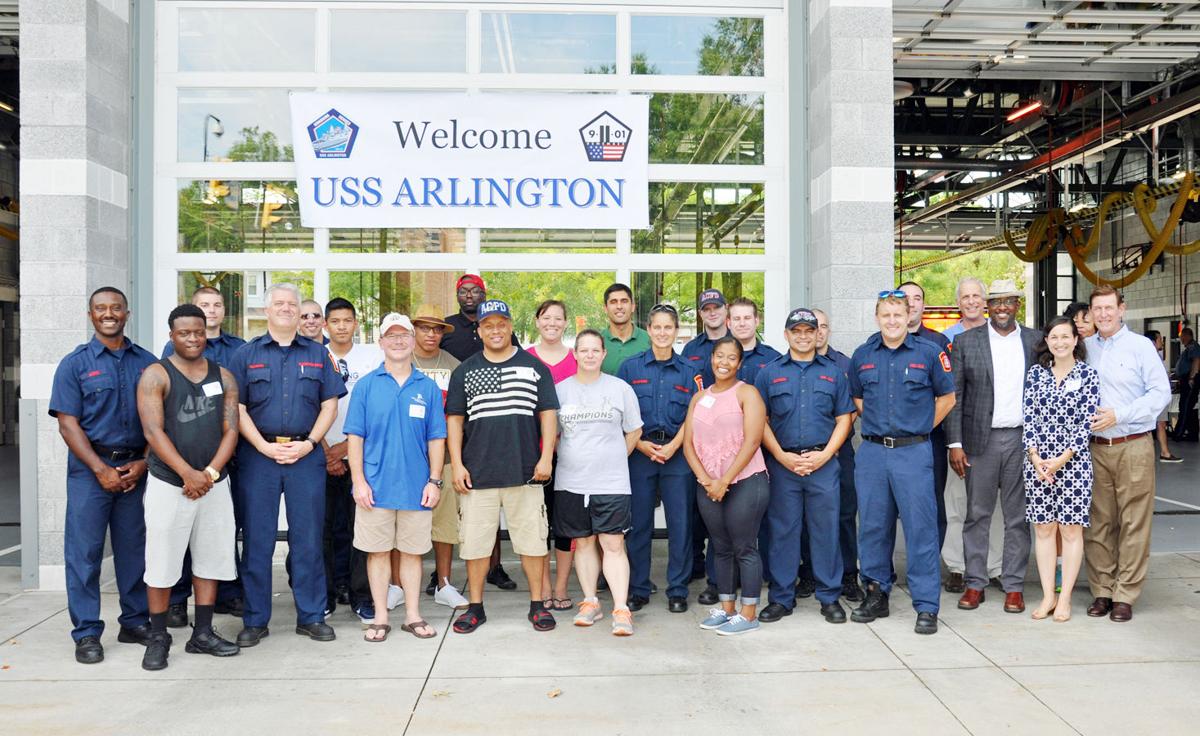 Arlington public-safety personnel were joined by elected officials and crew members of the USS Arlington during a luncheon event held Sept. 10, 2016, at Fire Station #5 in Arlington. (Photo by Jim Pebley) 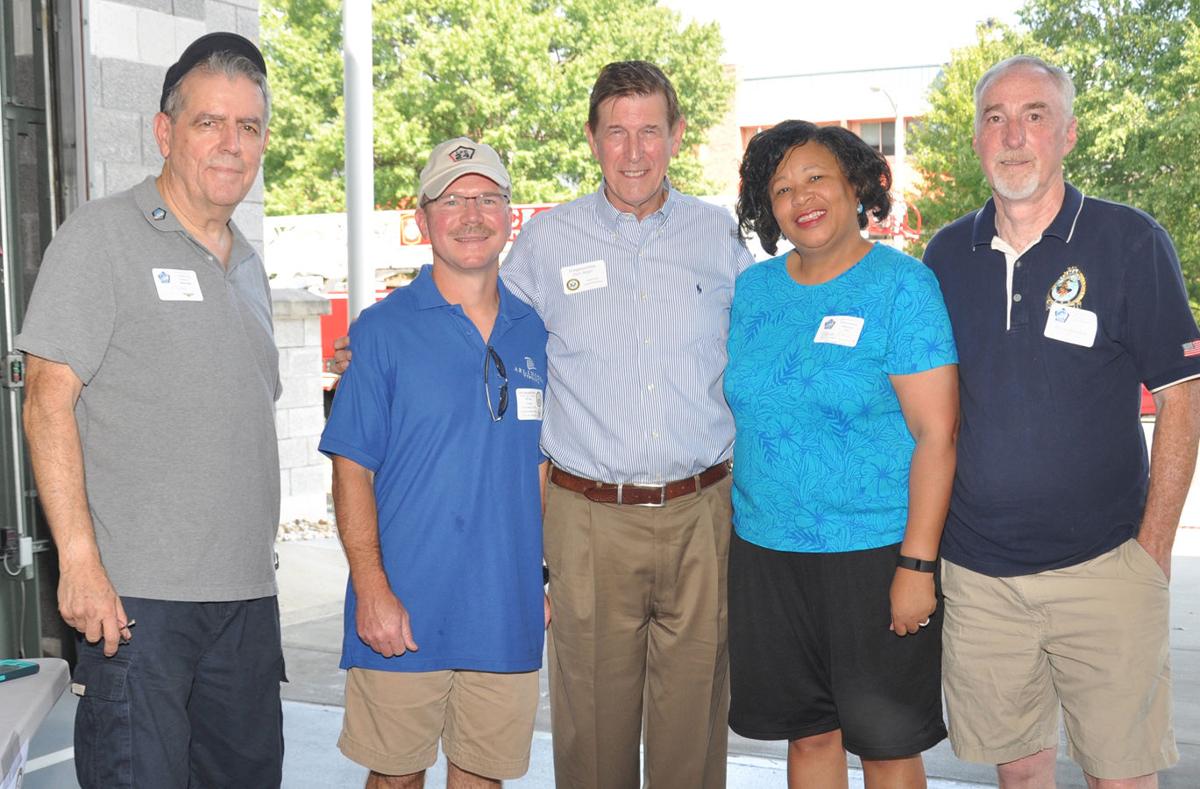 Arlington public-safety personnel were joined by elected officials and crew members of the USS Arlington during a luncheon event held Sept. 10, 2016, at Fire Station #5 in Arlington. (Photo by Jim Pebley)

Arlington public-safety personnel and civic leaders commemorated the 15th anniversary of the 9/11 terrorist attacks with the captain and some crew of the U.S. Navy ship named in honor of the community’s response to events of Sept. 11, 2001.

Fire Station #5 – whose personnel were first on the scene after calls came in those 15 Septembers ago of a horrific assault on the nation’s military headquarters – served as backdrop for the event, held Sept. 10.

While expressing sorrow about “the most traumatic day in American history,” U.S. Rep. Don Beyer (D-8th) said the event also was designed as “a celebration of our wonderful first-responders.”

“Everybody was working together [on 9/11] . . . and we’ve continued to build that unified command structure,” Beyer said at the ceremony and barbecue.

The event was sponsored by the Community Alliance, successor to the local organization that raised funds for commissioning ceremonies of the USS Arlington. Funds are managed by the Arlington Community Foundation.

The Navy ship – a landing platform dock designed to speed supplies and U.S. Marines on humanitarian missions and to world trouble spots – was named in honor of the community’s response the 2001 terrorist attacks. It was the third U.S. Navy ship in modern times to bear the name “Arlington.”

The ship’s commanding officer, U.S. Navy Capt. Sean Bailey, was on hand with some of his crew, and praised the “really neat relationship” between the ship and its namesake community.

“Arlington, Virginia, is truly our second home,” said Bailey, a naval aviator who has commanded the vessel since June 2015.

Residents “are always making us feel so welcome,” he said.

The USS Arlington left Norfolk on its maiden deployment last October, with officers, enlisted personnel and Marines away for 210 days before returning to home port.

During the seven months, the ship docked in Portugal, Greece, Israel, Jordan, Kuwait, Oman, Bahrain and France, transited the Suez Canal and spent several lengthy spells on counterterrorism duty in the Persian Gulf and off the coast of Yemen. There were 18 ship-to-ship replenishments and 103 aviation operations.

“It was a great opportunity to get out there and represent some of our nation’s brightest and best young citizens – a really spectacular crew of young sailors and Marines,” said Bailey. He noted that the majority of Navy personnel on the ship are in their early 20s, while many Marines are  just 18 or 19.

“It was the first deployment for many of the crew,” said Bailey, who is set to rotate to another post soon.

A number of community leaders were on hand, including County Board members  Katie Cristol and Christian Dorsey. The event, Dorsey said, proved “a wonderful chance for us to gather and reflect.”

“The words ‘thank you’ seem insignificant,” but are heartfelt, he said.

Jim Pebley, a retired U.S. Navy aviator who has played key leadership roles in connecting the USS Arlington and its namesake community, said bringing together first-responders and the ship’s crew had special meaning.

“We all know what heroes they are,” Pebley said.