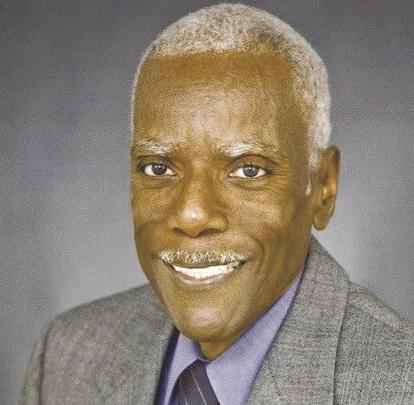 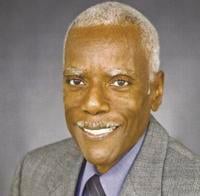 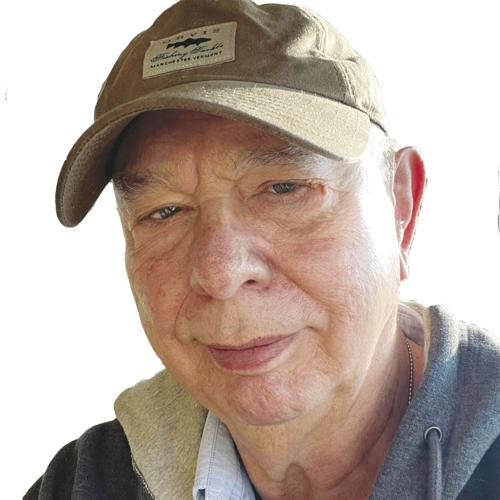 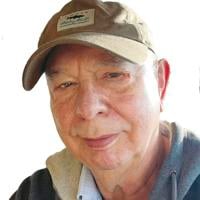 Editor's note: A clarification has been added at the bottom of this column about the availability of materials at the Ruth E. Lloyd Information Center (RELIC).

An earlier column, “You can be anything you want to be,” (Nov. 24) generated a lot of interest.  In that column, Manassas Mayor Michelle Davis-Younger shared what it was like to be Black in Prince William County. They weren’t all pleasant stories.

Readers either loved or hated that column. Some appreciated learning about a darker part of Prince William’s past. Others would just as soon forget it and move on. As the Spanish philosopher George Santayana said, “Those who cannot remember the past are condemned to repeat it.”

It started out as just a column. After publishing it, I realized it contained an oral history about segregation and discrimination that most think of only in passing these days. I stopped by the Ruth E. Lloyd Information Center (RELIC), part of the county’s library system, to look for more documentation about the history of Blacks in Prince William. The staff could point me to only three references. Stories about the lives and history of white Prince William residents fill its shelves.

Albert Williams, a Woodbridge resident, read my column and called me. He shared memories of what it was like to grow up in Prince William in the mid-1900s. Some were pleasant memories, some were anecdotal stories, others were painful recollections.

Williams is 82. I realized I was listening to important history that would be lost if not captured during his lifetime and asked if he would mind sharing it for posterity and future generations.  Williams agreed, saying he wanted to “fill in some of the many blank pages” in local history.

Bill Golden, a genealogist and videographer, agreed to help document Williams’ story. Golden set up his mobile studio in Williams’ living room and captured a few of his many stories.

Williams just scratched the service of life well lived. He was a soldier, a successful actor, a world traveler, an interesting person. He is publishing a book, “Beyond Kankey Hill,” that documents his life. He shared the draft manuscript with me. It is more “missing pages” in Prince William’s story.

For example, Williams shares that Kankey Hill Road got its name because it bordered on a cluster of “colored people” with kinky, “kankey” hair. Friends and family members told Williams that the road was renamed “Smoketown Road” because there were a lot of smoky, dark-colored people living on that road.

Williams also writes about his life in New York, his successful acting career, his time in the Army, his European travels, and his return to his home in Prince William. If you have ever been to Freedom High School, Northern Virginia Community College’s Woodbridge Campus or the nearby area along Interstate 95, you stood on land he once owned.

Golden’s video on Williams is linked from on Prince William’s Genealogy and History Facebook page. Williams’ video is one of its most popular. People are interested in the “missing pages” of Prince William’s history.

There is a lot of history about Prince William in the minds of the older Black residents who still live here. When they are gone, that history goes with them. Some prefer that be the case.   Golden plans to keep capturing Prince William’s undocumented history by doing more videos. People interested in participating in this project can contact him at norfolk1956@gmail.com. We need to remember our past.

Al Alborn is an award-winning columnist and member of the Virginia Press Association. His column appears every other week. You can learn more about Al at alborn.net.

In his reference to information available at the Ruth E. Lloyd Information Center, Alborn was looking for oral histories specifically. The library system does have a number of books that cover one aspect or another of Black history in Prince William County.

A library employee provided the following examples and descriptions:

Library volunteers have also compiled indexes to many local records.  Prince William People, 1701-1865, identifies people of color who appear in many census-like databases, as early as 1724.  This index and many of the lists it is based on, appear on the website: https://www.pwcva.gov/department/library/RELIC-digital-archives

Around Prince William: Scouting around with an old Eagle

I’m an Eagle Scout. Every now and then, I am invited to a Scouts’ Court of Honor for new Eagles. My friend Ehsan Islam invited me to attend a …

Al, did you get down on your knees in front of this dude and apologize for being white? Then had some popcorn and watched Roots for six hours? I swear boomers are the worst generation of Americans, so compliant and subservient always apologizing to random people who don’t deserve apologies. Straight up weirdos.

Reporting from a Black man's POV, which differs from yours = "apologizing"??? Make it make sense.

What was the common denominator during this time?

Democrats ran everything from Jim Crow to segregated schools.

White folks weighing in on black oral history with more “comfortable” answers as usual. Much if black history is oral history. I am glad Mr. Golden is trying to capture some of it while people are still alive who remember it.

"Originally named Agnewville, the area was also referred to as Chinntown, because nearly half of the families in the village had that surname. Later the area was more commonly known as Smoketown after the dense clouds of smoke that were produced by the nearby sawmills. The community began to fade during the 20th century after the main north/south highway was relocated from Telegraph road to U.S. Route 1."

You must be one of the buffoons who will be protesting to change the name of Smoktown road in the coming months.

Wtf is a "smoky" person? Give me a break.

Sharing history written by white people, former slave owners, or their descendants. Why am I not surprised? I notice they missed mentioning Kankey Road? Johnson lived there. His ancestors were slaves there. Who should I believe?

You should perform your own research, leave race completely out of it, and come to your own unbiased conclusions. Being force fed information is suppression. Researching, documenting, validating and confirming with the best data and non biased information is the path to enlightenment. You know, the path the government would be offended if one decided to pursue.

George, the author mentioned he went to RELIC, the County’s repository for historical books and documents, and found only three references to black residents. That’s why the oral history of black residents is so important. Oral history is history. It is particularly important for the unrecorded history of its black residents in pre and post slavery days. It is necessary to create references for future research. Black history make white folks uncomfortable. Florida is a good example of how far the white majority will suppress black history because it makes whites uncomfortable.

Sounds like you are “uncomfortable.” You should get over it. I suspect Williams ancestors lived here long before yours did.

"For example, Williams shares that Kankey Hill Road got its name because it bordered on a cluster of “colored people” with kinky, “kankey” hair. Friends and family members told Williams that the road was renamed “Smoketown Road” because there were a lot of smoky, dark-colored people living on that road."

I'm comparing what was told to Mr. Williams with the actual historical finding provided by the PWC historical commission. You can believe whatever you want, which is why I am taking hearsay with a grain of salt.

So now the RELIC, or "white mans side of history" is acceptable but the PWC historical commissiona research is Not?

All you've done is shared your major biases and assumptions, and used phrases like "uncomfortable" and "get over it." I have no clue what you're talking about but stop projecting.

If there's actual proof or evidence as to the real meaning behind smoketown, which according to you the historical commission is fabricating, then so be it. Beloeve what you want, I'm not here to argue with you about what your decision is.

There's nothing wrong with recording black oral histories. There is likely some truth in most of them, but you know, or you should know, oral histories are not as reliable as written documentation as the story tends to morph over time. Written history can be total BS, but the words, author, date and circumstances of the time can help evaluate its accuracy and significance.

Kankey is also a real surname. It's not a common name, but there are real people with that name. With a quick Google search I found about 100 living in the US today. All the pictures of people I found named Kankey appeared to be white. On Ancestry.com I found this:

I think Mr. Williams is either playing games with Al, or he honestly believes this myth, but the area was most likely named after a family.

The author of this piece states: “Others would just as soon forget it and move on.” No, the past SHOULD be remembered, seriously considered and LEARNED from, but as John F. Kennedy said: “For time and the world do not stand still. Change is the law of life. And those who look ONLY to the past or the present are certain to miss the future.”

"For example, Williams shares that Kankey Hill Road got its name because it bordered on a cluster of “colored people” with kinky, “kankey” hair. Friends and family members told Williams that the road was renamed “Smoketown Road” because there were a lot of smoky, dark-colored people living on that road."

The Kankey Hill Rd. Historical account may or not be factual, but I can't say that for Smoketown Rd., As in your interview it presents as hearsay as well:

The village of Minnieville passed into history around the mid-20th century when this area began to be developed into what is now Woodbridge and Dale City.

Today the Lake Ridge Commuter Lot in Occoquan sits on the general location of the community of Agnewville, sometimes known as Chinntown or Smoketown. Founded by newly freed African-Americans, the town boasted a store, a restaurant, gaming hall, and homes for numerous families.

Originally named Agnewville, the area was also referred to as Chinntown, because nearly half of the families in the village had that surname. Later the area was more commonly known as Smoketown after the dense clouds of smoke that were produced by the nearby sawmills. The community began to fade during the 20th century after the main north/south highway was relocated from Telegraph road to U.S. Route 1.

Today the street signs for Smoketown Road and Minnieville Road and two Prince William County Historic Commission Road Markers are the only reminders we have of these once thriving communities.