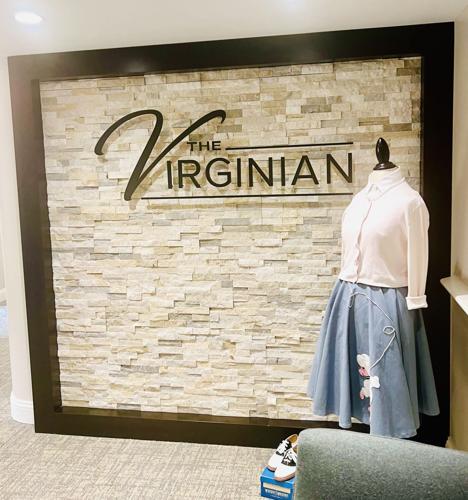 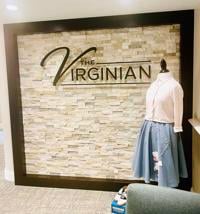 Memory care community Shenandoah at The Virginian is located in Fairfax. 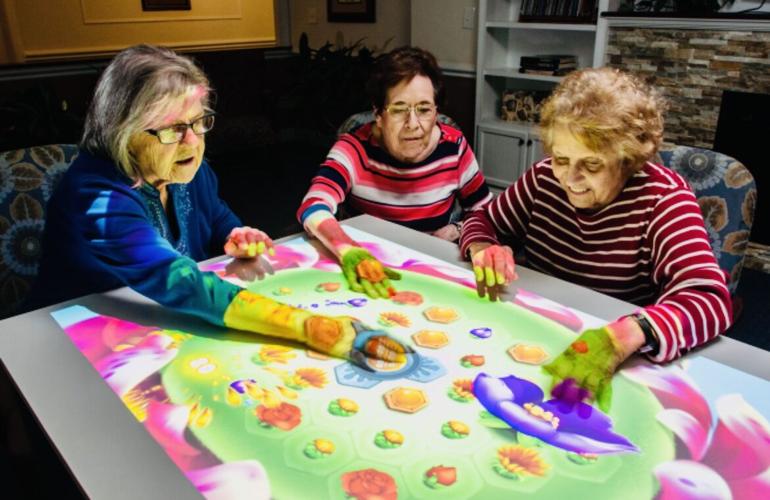 Memory care community Shenandoah at The Virginian is located in Fairfax.

A recent study by the Alzheimer's Association states the number of Americans age 65 and older will increase by nearly 27 percent from 2020-to 2025.

Preparing for this rise, Shenandoah at The Virginian is a first-of-its-kind memory community using evidence-based research and observations of seniors to care for individuals with varying stages of memory loss.

Located in Fairfax, The Virginian is a senior-living facility. Shenandoah, a memory care community, is located in a separate area of the building, which was recently completed as part of an ongoing $56 million renovation.

Andrew Carle, one of the lead designers, said some of the approaches have never been done before.

The community has three unique engagement areas: the reminiscence lounge, the sensory lounge and the multi-themed, no exit-exit outdoor courtyard.

The reminiscence lounge is filled with books, photos and even food from the 1950s. Carle said this is done strategically to tap into the reminiscence bump.

"The reminiscence bump basically says that our most powerful memories are formed between the ages of about 18 and 30—basically, in our 20s," Carle said.

He said that age range is usually when someone creates very powerful memories, such as starting a new job or having your first apartment.

"People with Alzheimer's and dementia, they lose their short-term memory, but their long-term memory is the last one they retain,” he said.

The sensory lounge features aromatherapy for smell and various options like birds chirping for sounds. The lounge also has a fish tank for visuals and tactical artwork for touch.

"It just helps them with what we call wayfinding—it helps them find their way, and that's tremendous for their self-esteem,” said Carle.

The door used to enter and exit the space is also painted to blend into the wall to address "exit-seeking" behavior.

"It's when they're constantly thinking, how can I get out of here?"

In the courtyard, residents have more items that take them back to their time, including a clothesline, mailbox, picnic table, ice cream truck, dog house and a paved area that leads to a fake duck pond. Carle said these elements distract residents from trying to leave while simultaneously making them feel as if they have already exited.

"So now Peggy's in her backyard, but she wants to exit. OK, Peggy, you come out, you can open the gate, you cross the street, and you go into a park," Carle said while giving an example.

Shenandoah is the first area in The Virginian to be renovated. The remaining renovations will be completed by the end of 2022 or the beginning of 2023.

Acacia James covers Fairfax County with a focus on affordable housing, access to transportation and other issues affecting underserved communities.

Catherine, Princess of Wales says her relationship with Prince William is 'extraordinary'

Meghan King was 'completely horrified' by her nose job

Lance Bass is 'so happy' for Britney Spears