This story originally appeared at VirginiaMercury.com

Generations of Virginians have taken box turtles from forests and yards to keep as pets.

As of today, that’s illegal.

Experts say the docile, colorful turtles are in decline, and new state regulations taking effect ban turning them into pets. The rules also impose tough restrictions on keeping common native reptiles and amphibians such as garter snakes and bullfrogs.

State and federal laws protect many mammals and birds, but Virginia has long allowed the catching and keeping of common reptiles. Critics say the animals are often mistreated or, after outliving their welcome, released in places where they can’t survive.

The new rules, from the state Department of Wildlife Resources, are aimed primarily at poachers, but they also affect everyday children and adults.

“People can still go out, look at these turtles in the wild, pick them up and take photos,” Kleopfer said. “There is no need to take it home.”

Box turtles are bright-eyed, softball-sized reptiles with dark shells highlighted with yellow or orange splotches.  Also called woodland box turtles or eastern box turtles, they can close their shells into a tight “box” when frightened.

Kleopfer and other experts say the turtles are in decline because cars are killing them on roads, development is destroying their wild homes and poachers and average people are plucking them from the wild to turn them into pets.

The ban on pet box turtles is part of a larger effort by the wildlife department to better protect Virginia’s reptiles and amphibians.

Another rule slashes the number of common native reptiles and amphibians that people can keep as pets. Previously, you could keep up to five of most species — for example, five garter snakes, plus five bullfrogs, and so on. The new rules cut that to one — literally one animal, not one of each species — per household. 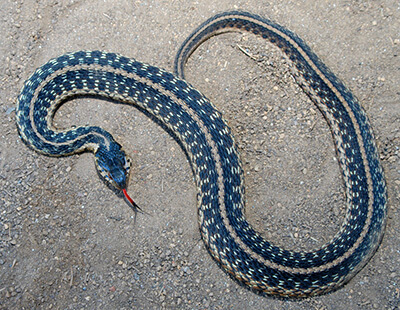 Under the new rules, anyone who keeps a pet box turtle or keeps more than one common reptile or amphibian could be found guilty of a Class 3 misdemeanor and fined up to $500, according to the wildlife department. At the department’s discretion, the possession of multiple animals over the limits could represent multiple offenses. For example, having three box turtles could draw fines totaling $1,500. And the owner’s animals could be confiscated.

People who kept box turtles and other native reptiles and amphibians as pets before the new rules took effect can hold on to their animals as long as those owners disclose their pets to the wildlife department. A registration system should go online in early July.

The state Board of Wildlife Resources, a citizen panel that sets wildlife regulations, approved the new rules May 27 by 10-1 vote.

Larry Mendoza of Henrico County, a former president of the Virginia Herpetological Society, said he supports the intent of the new rules but finds them too strict.

“I agree we need to reduce the number of what people can keep captive from wild populations, but one animal per household will punish those responsible pet keepers, and poachers will more than likely walk right through these regulations.”

The herpetological society, a nonprofit group dedicated to reptiles and amphibians, has taken no position on the new rules.

Speaking for himself and not the group, Anthony said, “I’ll continue to admire wildlife from a distance or with photos, and I’d personally recommend that to anyone that encounters wildlife while outdoors.”

M. Night Shyamalan: Old is very different from my other films