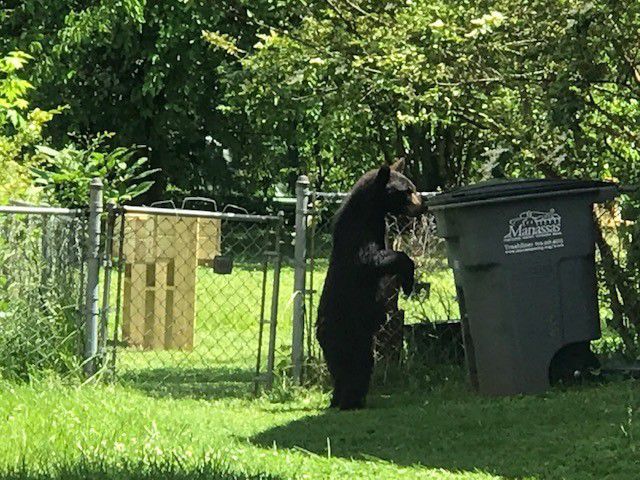 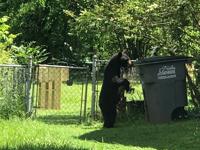 A bear rummaging for food in Manassas. Photo courtesy City of Manassas 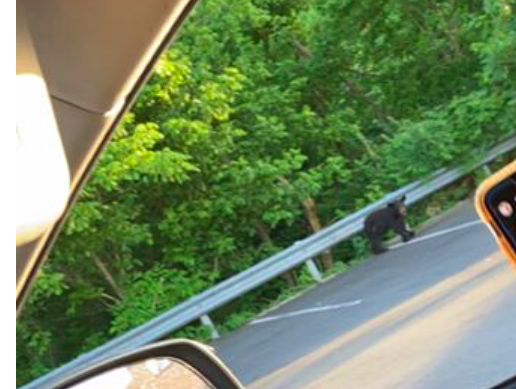 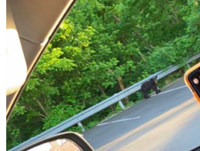 A young bear has been spotted hanging around Manassas the last few days.

The city posted a photo on Tuesday morning of the bear taking a peek into a trash can in the area of Peabody and West streets.

"If you see the bear do not confront it or corner him/her," the city said. Manassas police are working with wildlife authorities to address the situation.

The bear, or perhaps a relative, was spotted over the weekend running in the area of Sudley Road and Grant Avenue. Jefe Ayche captured some video.

And Monday, what appeared to be a smaller black bear was seen at the Popeye's on Va. 234. Reader Brittanie Lacy captured this image:

It’s the time of year when Virginia’s black bears are foraging for food and young bears search for new territory after a long winter's nap. Prince William’s Animal Control Bureau offers the following tips and suggestions for dealing with hungry bears:

Bears generally avoid humans but, in their search for food, they do wander into suburban areas. It is best to keep a respectful distance if you see a bear. Bring your pets inside and leave the immediate area.

Looks like Northam got fully covered, this time no more shoe polish and he covered his face.

We go to the mountains to look for bears. Will not have to go as far. Just go to Manassas. I love watching bears.