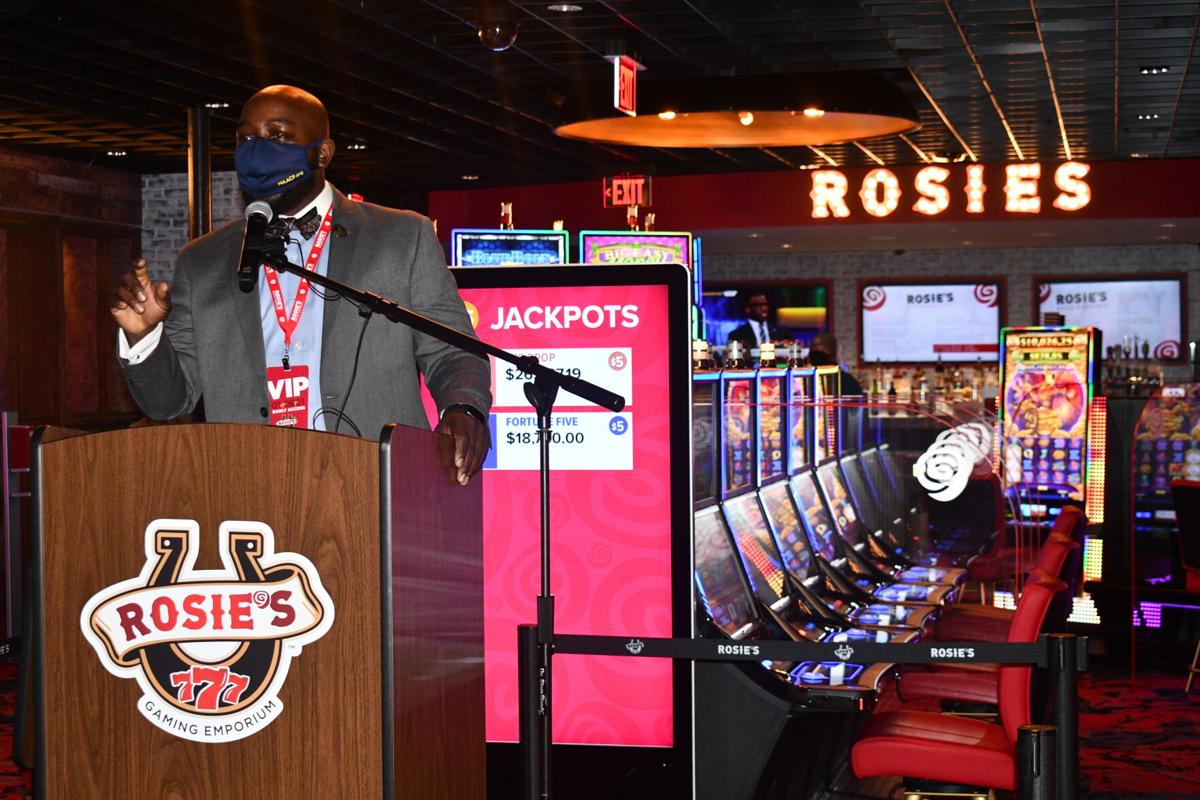 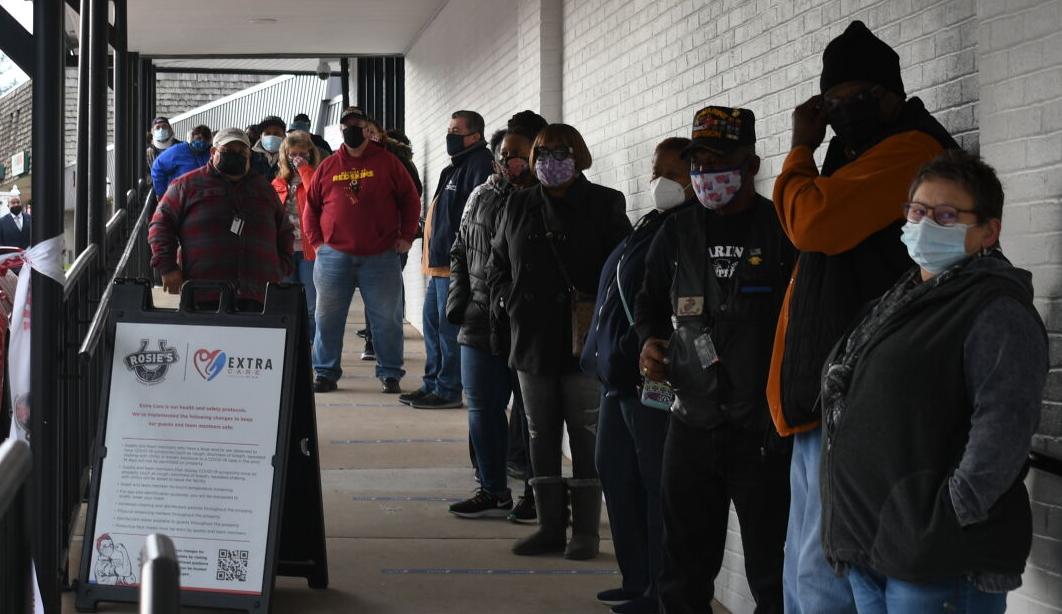 Patrons waited for up to an hour to be among the first bettors at the new Rosie's Gaming Emporium in Dumfries on Friday, Jan. 8. 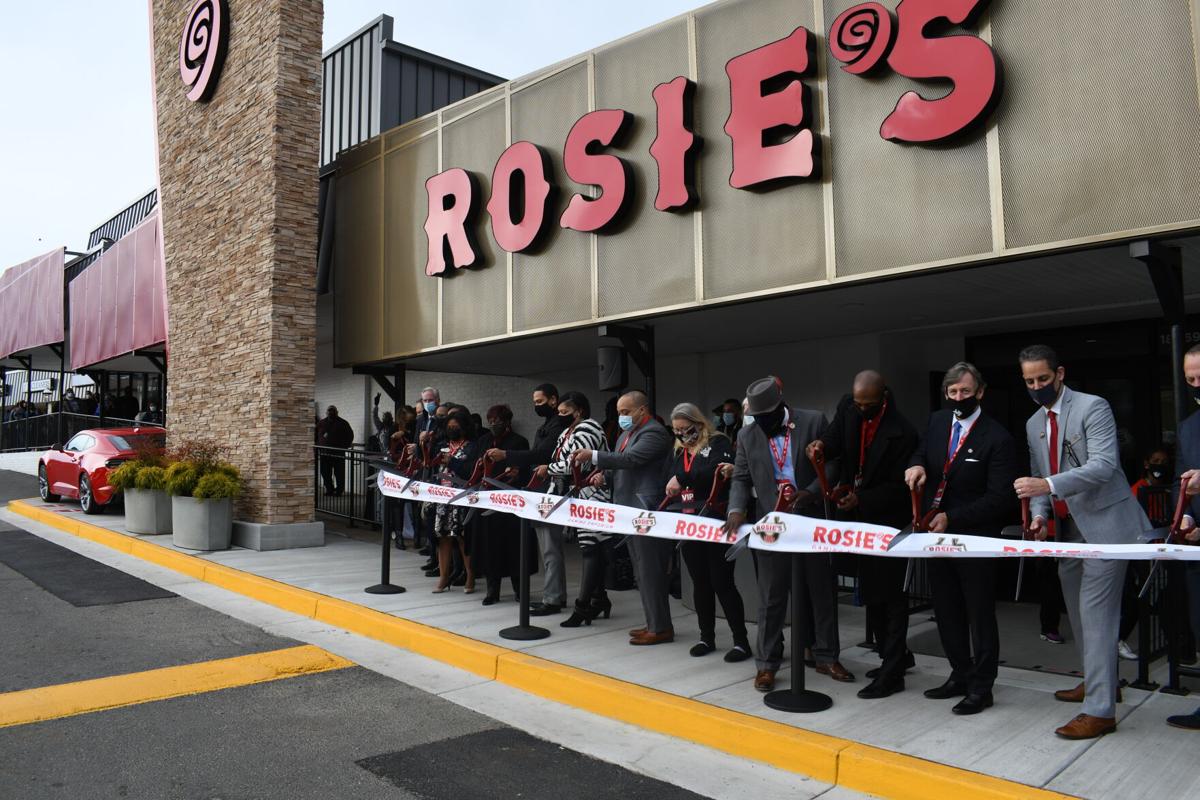 Officials from Colonial Downs Group and the town of Dumfries cut the ribbon for the opening of the new Rosie's Gaming Emporium on Friday, Jan. 8. 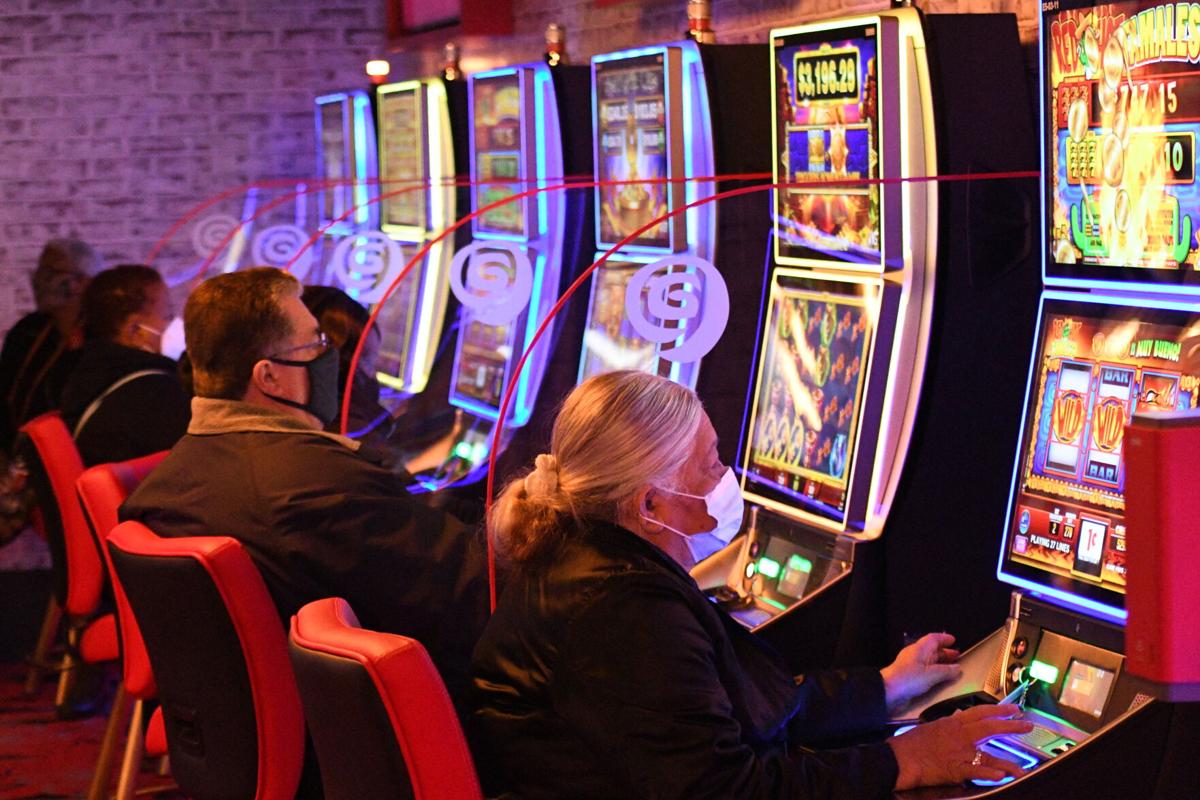 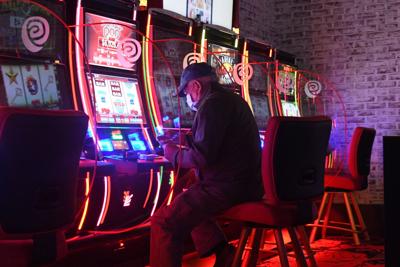 Barry Johnson arrived early for the opening of Rosie’s Gaming Emporium in Dumfries on Friday and waited in the cold for an hour so he could play their slot-like machines.

Johnson, who also goes by Wayne, was one of the dozens of people lined up outside the new gambling parlor in the Triangle Shopping Center off I-95 on opening day Jan. 8 to bet on historical horse races using one of the 150 slot-like gaming machines and wager on live horse races from across the country.

“I'm happy it's here because for a lot of people, it is closer, and it gives them something to do,” said Johnson, who lives in Stafford. “And I think it's great. I was waiting for them to put one in our area.”

For Johnson, the wait was worth it. Not long after he walked through Rosie’s doors, he won a $2,500 jackpot. Johnson said he had never played at a Rosie’s before but noted that the gaming machines were easy to use and fun.

When asked what he would do with the money, Johnson laughed and said he would use it to keep gambling since he lives less than 15 minutes away.

Joseph Maple, also of Stafford, said living close by was both good and bad because he likes gambling, which means he’ll have an opportunity to go to Rosie’s more often.

Maple noted he’s been to the Rosie’s locations in New Kent and Richmond, and the one in Dumfries is more or less the same.   “The biggest difference is most of the other casinos have been around for a while, and they pay out a little bit more than Rosie’s does because they just started out.”

Sabrina Moore, who used to live in Dumfries but moved to Fredericksburg last year, said she still receives updates about what’s happening in town, so when the new Rosie’s opened, she drove up to check it out with her sister.

“There’s really not any type of entertainment or anything for you to do in the community around here,” Moore said. “So, I think it’s a great idea.”

Moore and several other patrons, such as Noe Loarca, who lives in Woodbridge, said that in addition to providing entertainment, Rosie’s is creating jobs in the community.

“You got people who live just a stone's throw away from the place, they can walk here,” Wood said. “They have meaningful jobs right now, and I think just with the opportunities that they put right here, they have increased our annual net revenue”

The Virginia General Assembly legalized betting on historic horse races in 2018, and Dumfries voters approved a local referendum for the gaming emporium in November 2019. Rosie’s has no gaming tables or traditional slot machines like casinos in Atlantic City or Las Vegas.

Instead, Rosie’s has betting machines that use an algorithm based on historical horse races, as well as simulcast horse racing, where patrons can wager on horse races being run live across the country. Bettors can wager as little as 20 cents and up to $30.

Rosie’s is operated by the Colonial Downs Group, and a portion of the proceeds are used to benefit the horse-racing industry in Virginia.  The venue is open Sundays through Thursdays from 8 a.m. to 2 a.m. and Fridays and Saturdays from 8 a.m. to 4 a.m.

And they’re off! Rosie’s opens today in Dumfries

Rosie's betting parlor on track to open in Dumfries

I'm sorry but the idea of this gaming parlor just adds to the crappy reputation Dumfries has.