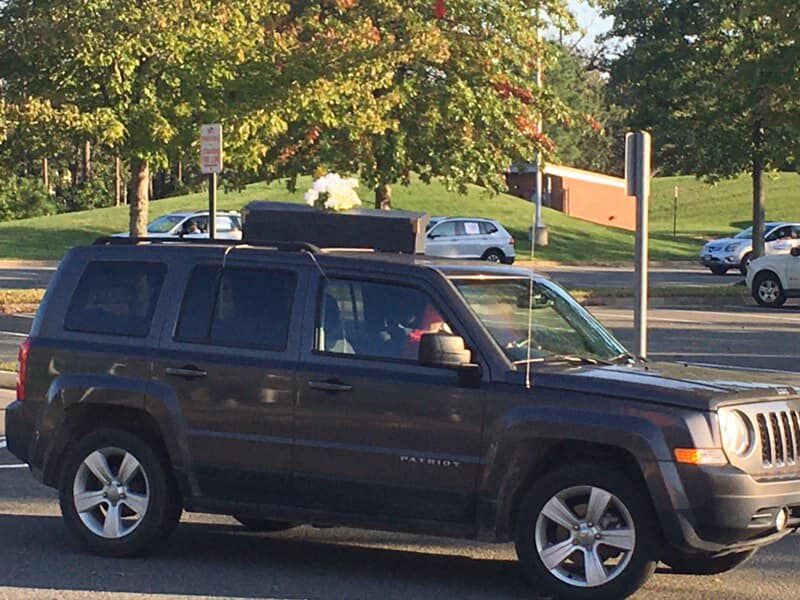 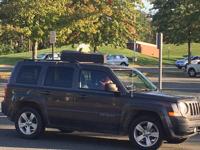 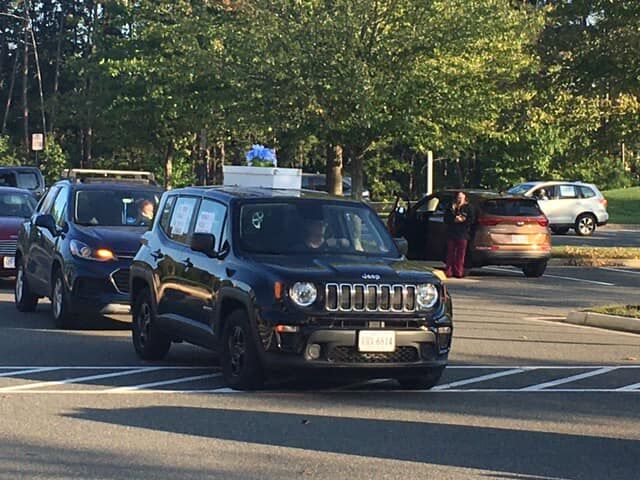 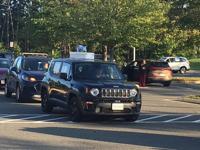 The Prince William Education Association organized a protest caravan of nearly 100 vehicles Wednesday evening from Colgan High School to the nearby school board meeting -- with two of the cars topped with child-sized coffins.

The displays drew quick outrage on social media, and an apology from the PWEA, a member of the National Education Association, a union representing teachers and staff across the country.

The PWEA posted a statement on Facebook late Wednesday, saying the association sanctioned the caravan and encouraged members to build signs and decorate their cars to express “our concerns and position on the return to educating in a physical setting.”

“Of the nearly one hundred cars that participated in the caravan with individual expressions of their fears and concerns, we acknowledge that some found the decorations on two of the cars offensive,” the statement said. “Please accept our sincerest apologies.”

The rebukes on social media were swift, with teachers who are PWEA members calling the display distasteful at best.

“Baby coffins are not ‘decorations’ and ‘acknowledging’ that some found them offensive is not the same as saying that the display was deplorable and out of line. PWEA does NOT speak for me!,” one teacher wrote on the association’s Facebook page.

“This is not enough. Leadership needs to step down. The buck stops there. Despicable. #PWEADoesNotSpeakForMe,” another wrote.

Dozens came out to Wednesday night’s school board meeting to plead for and against returning students to classrooms as the second quarter approaches.

The school board didn’t vote, but did give its blessing to Prince William Schools Superintendent Steve Walts’ plan for a slow return to in-person learning. Under the plan, pre-kindergarten and kindergarten students will return two days a week next month, followed by second through fifth grades returning on a staggered schedule in December and January. There is no plan in place yet for middle and high schools.

More kids will probably die of suicide, drug over dose, or BY having some liberal Judge return an abusive parent to the home than COVID! You will never hear that from the woke jokes though

Most teachers unfortunately are in it for themselves. They are protected by seniority systems because of the union structure. The union is all about money. Democrats push for teachers because they get so much money from the teachers unions. Many teachers should be fired for gross incompetence and laziness. This is all a charade to support the democrats who want to keep everything locked down for no scientific reason. Florida re-opened long ago and that includes schools. If there was a problem, rest assured, it would be all over the very liberal main stream media.

They demand 12 months worth of pay for a 9 month job.

Now they’re demanding 12 months worth of pay for less than 10 hours of teaching per week.

Your false narrative is laughable, but the standard party line that I'd expect.

How many hours does a teacher work each day? Do they grade all the papers, build syllabus, schedule training plans, prep courseware, and buy student materials in an 8 hour workday?

Or how about the expectation that teacher need to continuously get higher accreditations and pursue higher degrees, just to match new standards set by school boards.

Teachers are not "off" for 3 months.

Antonio Marisol truly has no interest in counterpoints and valid viewpoints. His intent is to only fire either side up and walk away.

If teachers turned out marked (demonstrable) improvements in students education, I’d be amenable to a performance bonus. As of now, I find most public school teachers to be overpaid for the products they’re turning out.

At no point in your rambling, incoherent response was there anything that could even be considered a rational thought. Everyone in this room is now dumber for having listened to it. I award you no points, and may God have mercy on your soul.

$1,000 bucks that Bean is a millennial school teacher upset that he/she has student loan debt he agreed to pay, but is now unable to with his 9 month a year job (now less than one full day per week). Or, he/she is an older teacher with the cognitive functions of a millennial.

Antonio must not be familiar with such seminal classics like "Billy Madison". And that is ok.

Antonio should also attack ideas, not people. Because he hasnt given any reason why anyone should believe a word they say, does not back up arguments, nor defended their stance on anything.

And I love how "millennial" is being used as a pejorative term.

The truth is uncomfortable for people.

Children can die. Or if they survive, they may have health problems for the rest of their lives. And for what?

It is like Shaken Baby Syndrome. Straight up the parents fault. And people have to come to terms that their children's live dont amount to nothing but crappy political theater.

Sorry there, Dogface Soldier, but you're stretching things here. "Children can die" - yes, but how likely is that? Incredibly unlikely.

See the Washington Post, 25 Sep 20 - "Child deaths tied to covid-19 remain remarkably low, months into U.S. pandemic" by Lenny Bernstein: "only about 100 children and teenagers have died of the disease, a fatality rate that is drawing wonder from clinicians and increasing interest among researchers hoping to understand why.. . .. 18 states had not seen a single fatality among people under 20 as of Sept. 10, according to statistics compiled by the American Academy of Pediatrics and the Children’s Hospital Association. Children are much more likely to die of homicides (there were 1,865 in 2016, according to government data), drowning (995) or even fires and burns (340)."

With regard to teachers over the age of 60, that's a different story.

Have a wonderful, Marnific day

One of the reasons it has been so low is BECAUSE of the lockdown procedures put in place, BECAUSE the "fun" activities for children were halted, and BECAUSE schools were closed. The exposure to the virus was minimized and mitigated through these factors.

Look around the world for examples as well:

In Israel, they thought they were good. Turns out they werent: https://www.nytimes.com/2020/08/04/world/middleeast/coronavirus-israel-schools-reopen.html

In France, they are pushing kids to go through as well:

Children havent been exposed to the virus as much as adults. When they do, the data will change. And then it will be shockedPikachuface.jpg because we "never saw it coming".

The kicker is death of the child wouldn't burden the parents with a medical bills for the rest of their life.

For teachers, you'd think they would be a bit smarter. Their message is entirely wrong. Those should be adult sized coffins for them. It's not the kids that are dropping from the virus, it's much older people.

Must be nice to be a coward and hide behind a fake name, so you have zero accountability for your actions.

You mean like a teacher claiming fear of a cold...

So you can stalk them, boy?

Not at all baby girl.

But your president said people always die. Why do you care if it’s kids or adults- people are people? The outrage is fake, insincere and misguided. No, this is not the time to coddle the subservient culture that’s deteriorated our country. Meanwhile the president and other administration officials are supposedly sick with COVID.

Yes a lot of them suddenly got sick at the same time. Must have been in Nancy's quiver.

Is there a point or just a waterbreakage

America has never needed school choice as bad as we do today...

America hasn’t needed to respect and support education as the true profession it is. Only then will the stakeholders of the community and the campus it surrounds be able to work together for the betterment of our students.

My opinion on public school teachers has been building for years. Of course there are good ones, but they don't speak out about the bad ones, probably out of fear.

It’s the parents responsibility to educate their children. Something you clearly know nothing about.

I have lost all respect for most teachers. I don't care if they are underpaid or not. When they start this kind of stuff, they don't deserve anybody's respect. Kids almost never get sick, let alone die from COVID-19. Idiots!

So then you’ve also lost all respect for law enforcement officers based on the actions of a couple of cops?

They didn't say they lost respect for ALL teachers. They said "most".

No one said that Soily stated all teachers. Reading is fundamental.