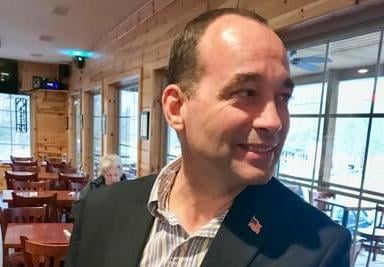 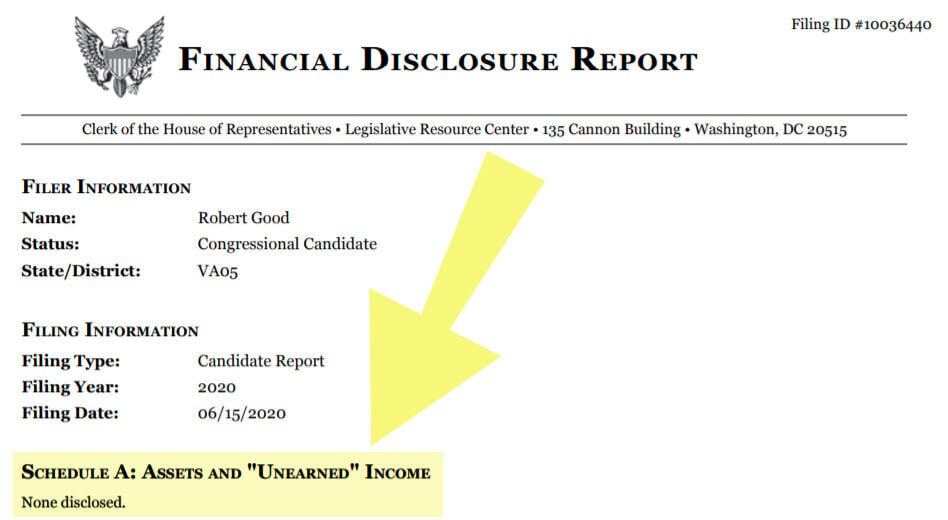 Fifth District congressional candidate Bob Good reported no assets and no unearned income on the financial disclosure report he was required to file as a stipulation for his candidacy.

All candidates running for a House seat are required to disclose assets such as savings accounts, retirement funds, insurance plans, income from real estate and capital gains. It is unlawful to willfully fail to disclose or file a false report.

Good declined to comment. Good for Congress Scheduler Courtney Heath told the Rappahannock News Wednesday afternoon that the campaign is preparing a formal statement, but did not say when that statement would be released.

The Rappahannock News has not been able to confirm that Good does indeed own an asset he has not disclosed. However, Good worked as the athletics director at Liberty University for 15 years and served as District Manager for CitiFinancial for 17 years before that. Both Liberty and CitiFinancial boast “generous” employee benefit policies and retirement savings plans.

"I hope it's a simple oversight, and something he intends to correct," Democratic candidate Cameron Webb said in an interview with Charlottesville’s CBS-19 News, which first reported the absence of assets and unearned income on Good’s financial report. "People deserve that kind of information," Webb said.

In addition to his MD he got his JD from UVA, and worked as a health services advisor to both Obama and Trump.

Bob Good is a no nothing loser, Riggleman was a good Republican and somebody people in the district respected.

Cameron Webb will be a superior replacement who isn't some career politician is a physician with a medical degree from UVA who is well received by the community.

Why should I trust a man who doesnt do the right thing the first time?