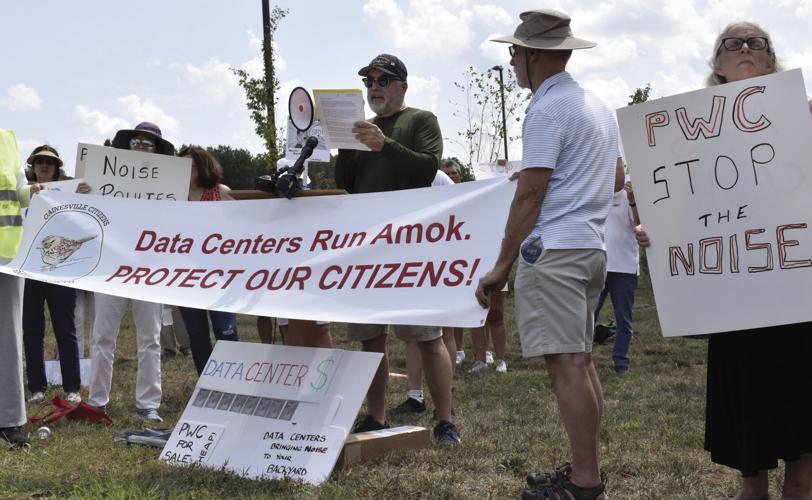 Dale Browne, president of the Great Oak Homeowners Association, speaks during a protest about the noise from data centers outside Amazon's under-construction data center in Manassas. 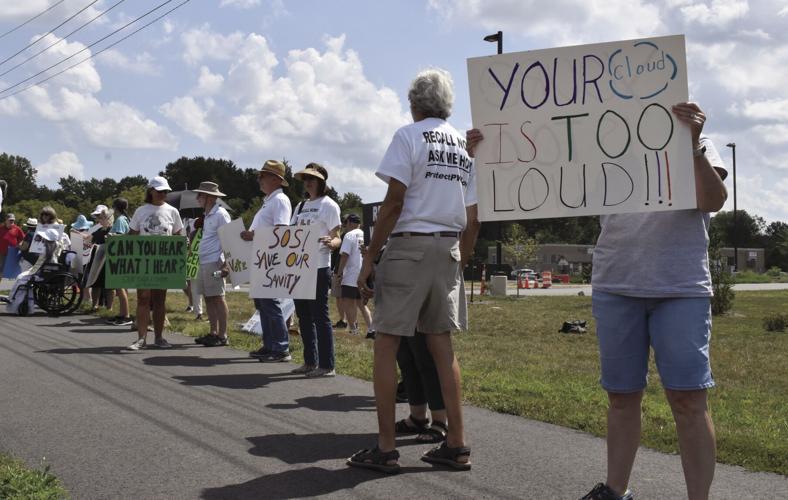 County residents protest about the noise from data centers outside Amazon's under-construction data center in Manassas. 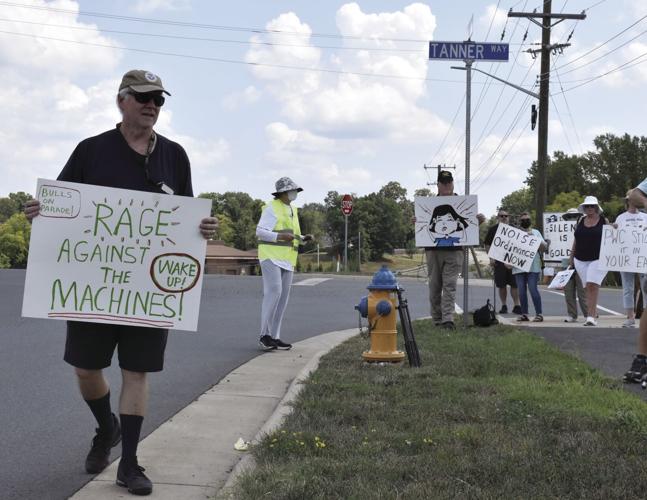 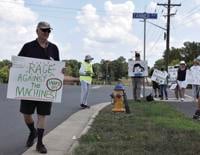 County residents protest about the noise from data centers outside Amazon's under-construction data center in Manassas.

Prince William County is reviewing its noise ordinance after recent outcry about the sound generated by data centers.

Wheeler said her directive, formally made in July, was spurred by residents’ concern about noise “from various sources, including data centers.”

Prince William appears on track to overtake Loudoun County as the data center capital of the world as the industry has exploded recently with dozens of projects approved and more coming in on a regular basis.

The existing ordinance was adopted in 1989, long before data centers started growing across the county.

Last month, Supervisor Jeanine Lawson, R-Brentsville, asked for the work to be expedited if possible.

“We know that there are probably some unintended consequences and we know that we need to do some outreach with the civic associations [and] the business organizations,” Robi said.

Noise is among the myriad concerns that residents have raised over the past year about the industry.

Reviewing the noise ordinance is the latest in a string of changes to county policies required by the industry’s growth. County officials are also conducting a water study, continuing the update of the Comprehensive Plan and reviewing the Data Center Opportunity Zone overlay district.

On Monday, about 60 people demonstrated over noise issues outside Amazon’s data center under construction near the Manassas Regional Airport. The event was prompted by concerns in the Great Oak subdivision about noise from the facility.

“Great Oak is the first Prince William County community with an active data center impacting our people,” he said. “We are the canary in the coal mine as the county is pushing forward to build up to 130 more of these facilities.”

In a statement, an Amazon Web Services spokesman said: “Addressing our neighbor’s noise concerns in Prince William County is a priority for us. We started installing sound reducing acoustical shrouds at our data center in Manassas last Friday and this work will be completed in the coming weeks. This is just one of several sound reduction measures our team is evaluating. We are proud to call Virginia home, and remain committed to working with and listening to our neighbors to further improve the environment around our facilities.”

County staff will bring potential revisions to the Board of County Supervisors before scheduling a public hearing.

WTOP News contributed to this report.

Are they talking about noise from operation, or construction? I am not aware of any noise from operation. I would imagine (but do not know) that data centers would be one of the least intrusive developments in terms of noise, pollution and traffic. If that is not true, please enlighten me.

Who woulda thunk that guy was a fan of RATM?!

"Geez honey, those electrons farms sure are noisy!". "I know darling, but our elected "betters" sure love the Cha-Ching sound!"