This story originally appeared at WTOP.com, an InsideNoVa news partner.

Eleven people have been indicted, all but three of them arrested, in connection to the death of 19-year-old Virginia Commonwealth University student Adam Oakes of Loudoun County, police in Richmond said.

The Richmond Police Department confirmed that all have misdemeanor charges which include unlawful hazing of a student. Three were also charged with purchasing or giving alcohol to a minor.

Seven were arrested by campus police and are being held without bond. Sheikhzad was arrested by Virginia State Police in Prince William County and was released on bond.

The charges follow a seven-month long investigation by the Richmond Police Department, the commonwealth’s attorney’s office and the university’s police force.

A spokesperson for the university told WTOP that VCU continues to mourn the loss of Oakes of Loudoun County. It also will continue its focus on safety for its more than 1,500 students participating in Greek life on campus.

“VCU is dedicated to continuing its efforts, announced this summer, to promote a safe and welcoming fraternity and sorority life culture for all,” the spokesperson told WTOP.

The Richmond Police Department said the remaining three people are expected to turn themselves in within the coming days.

Oakes’ family, through their nonprofit Love Like Adam, said that it was thankful that the arrests were made.

“The past 7 months have been agonizing for our family,” the family wrote Friday. “This is the first time these young men have been held accountable for their historically toxic and destructive traditions, manipulation of the VCU disciplinary systems, and for Adam’s death.”

The fraternity’s national office said in a statement that it was aware that former members of the indefinitely suspended chapter had been arrested.

“The alleged actions of these individuals are an affront to the values of Delta Chi. Our policies are clear as it relates to the expected conduct of members including that no member shall engage in or condone acts of hazing,” the fraternity said. “No family should ever have to experience what the Oakes family has experienced.”

The loss of Adam Oakes 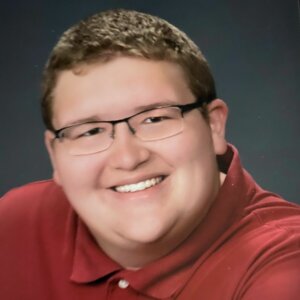 Adam Oakes, 19, from Loudoun County died in late Feb. of alcohol poisoning during what his family says was a case of Hazing. (Courtesy Courtney White)

Oakes, 19, was found to have died of ethanol toxicity, according to a May 25 statement from the medical examiner’s office. A graduate of Potomac Falls High School, he was accepted to and attended VCU through the Spring, 2021 semester.

Oakes had received a bid to the Delta Chi fraternity and attended a party where he would receive his “big brother” the night before his death.

The Oakes family said that Adam Oakes was “ordered to drink large amounts of whiskey and then blindfolded.”

Courtney White, Oakes’ cousin, told the family that, despite this event, they did not “want to abolish Greek life” campus. However, in speaking to the Richmond Times-Dispatch, she said the family wanted to place a check on campus Greek life.

“We do want to make sure that these organizations understand that hazing and other barbaric forms of pressure are not acceptable in our society,” White said.

Virginia Commonwealth University spokespersons confirmed in late May that they would be investigating the chapter following the student’s death.

Senior Vice Provost Charles Klink also confirmed that an “independent, comprehensive review” of Greek life would begin in a letter to the community on Mar. 2.

A spokesperson told The Associated Press that the university initiated disciplinary proceedings against the chapter as a whole on May 3, more than two months after Oakes died.

In the weeks that passed, the chapter was served with a formal cease and desist order from the university.

By May 25, WTOP reported that the university confirmed “multiple reports and allegations of violations of university policies and directives in the hours before the death of VCU student Adam Oakes.”

On Jun. 3, VCU’s student affairs department confirmed that the fraternity lost university recognition and could not operate on the campus, effective May 28.

The institution also confirmed that it’s partnership with dyad strategies would continue a full external review of the entire Greek community.

“This permanent removal as a recognized student organization is another important step in holding fraternities and sororities at VCU accountable for organizational misconduct,” the university said in a statement.

White told WTOP that the University needed to do more.

“These are reactive measures, not proactive; we hope VCU and Greek organizations will truly strengthen anti-hazing policies and enforce them,” White wrote in an email to WTOP.

White has since created a nonprofit organization, Love Like Adam, to help spread awareness and prevent the hazing of students.

On Aug. 9, Virginia Commonwealth University released an independent report on its fraternities and sororities. That report, prepared by external reviewer Dyad Strategies, found that VCU’s hazing culture was both common across campuses with Greek life and not limited to Delta Chi.

“Adam Oakes’ death has caused many organizations to closely examine their traditions around new member socialization,” according to the report.

Dyad Strategies’ report recommended training for investigations of hazing, creating a hazing-prevention plan, appointing a coordinator specifically for hazing-prevention and a restructuring of the university’s Office of Fraternity and Sorority Life.

The report, in total, detailed 14 recommendations for the university to take up.

The president of the university Michael Rao said that these changes would be beneficial and committed to making these changes happen.

“These reviews make important recommendations about how VCU can improve safety, oversight and accountability of our fraternity and sorority organizations,” Rao said.

VCU has since banned alcohol at all events sponsored by student organizations with undergraduate members.

It also paused all recruitment for fraternities and sororities and has yet to confirm a plan to restart recruitment. The school originally planned to begin recruiting activities again in the fall of 2021.

The Associated Press contributed to this report.

Cause of death released for VCU student from Loudoun County

A Virginia Commonwealth University freshman from Loudoun County, who was found dead after at…