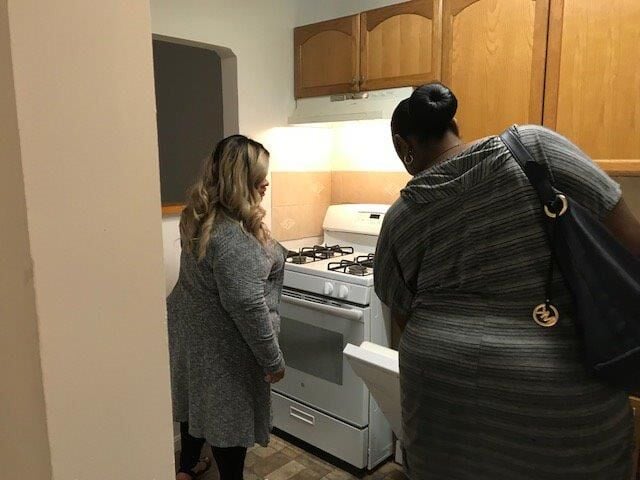 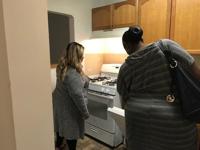 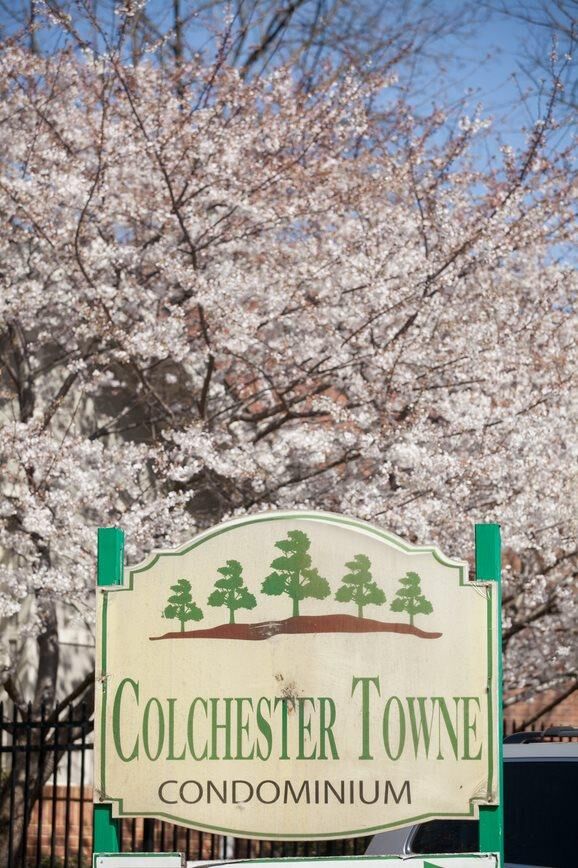 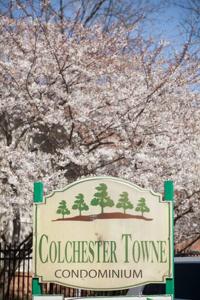 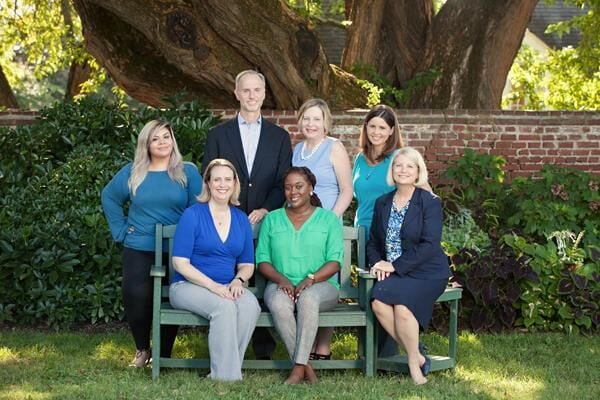 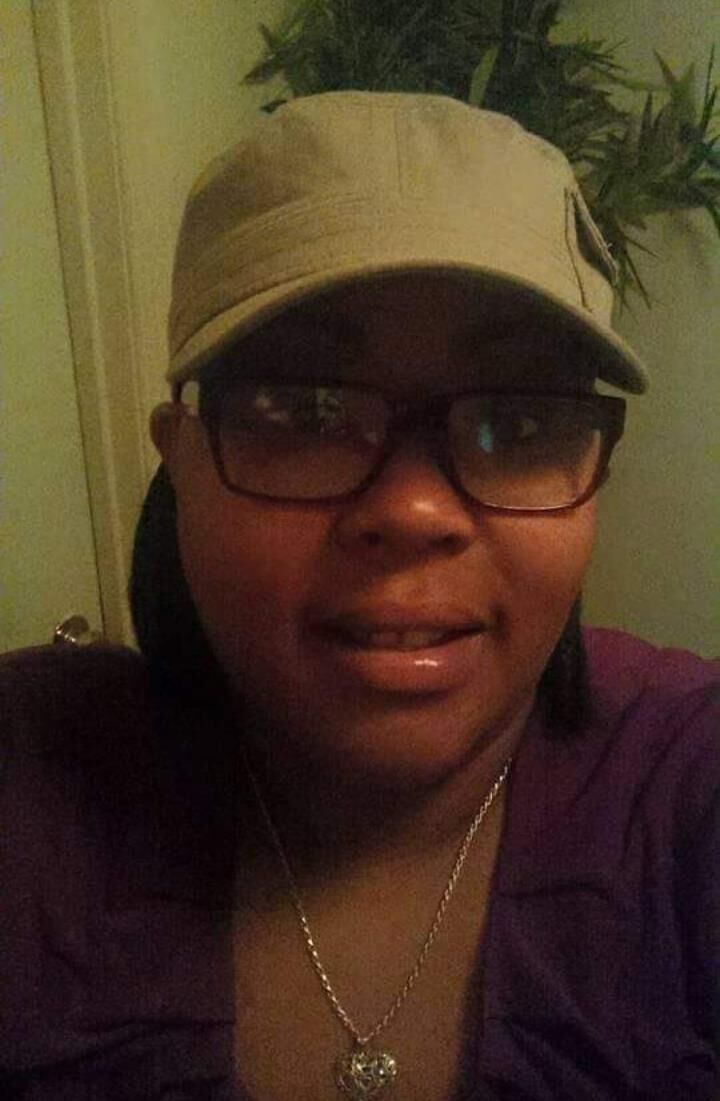 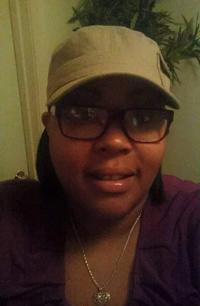 Mozell Ingram is worried about being evicted from her Alexandria apartment when the eviction moratorium ends June 30. 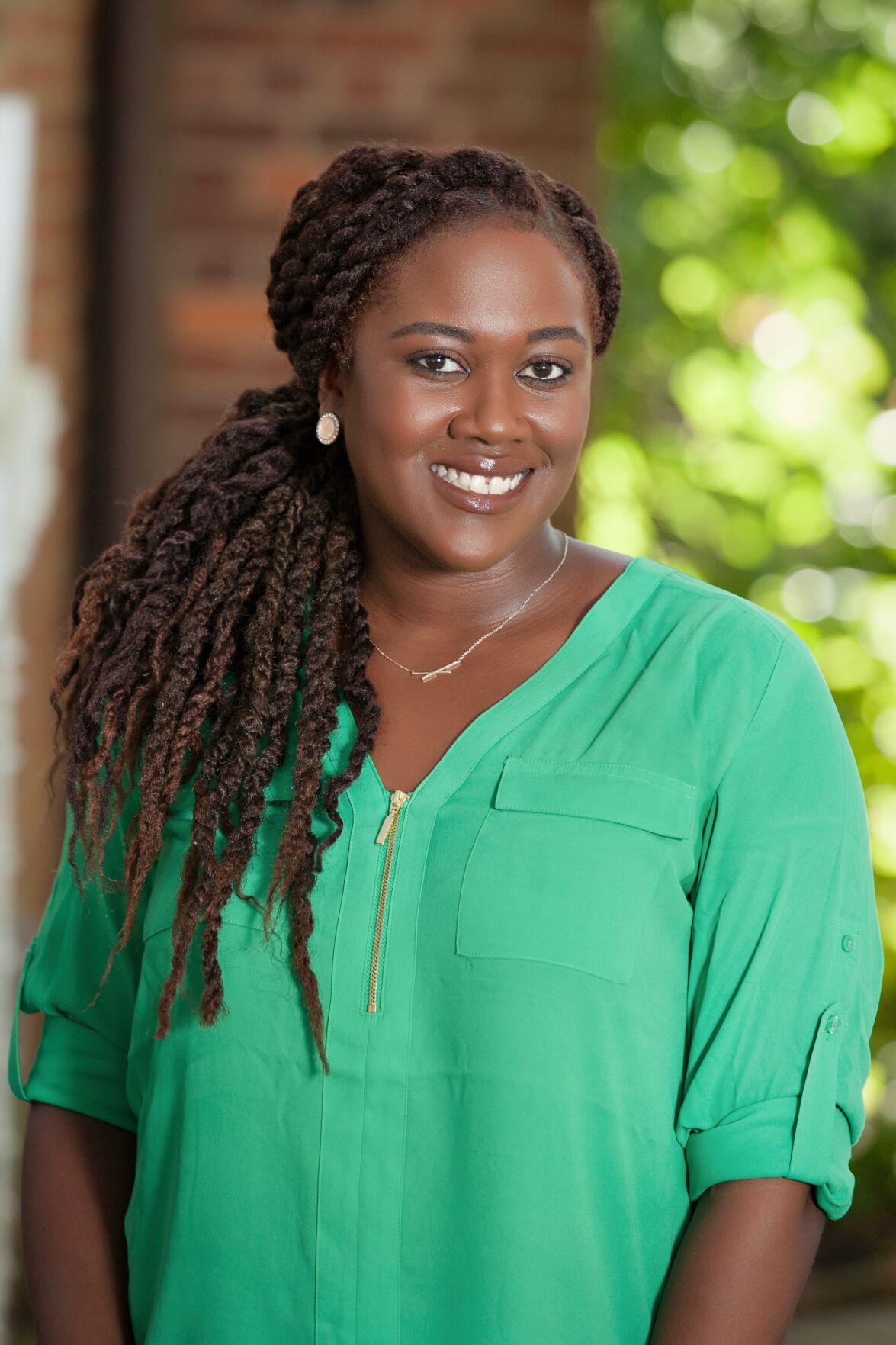 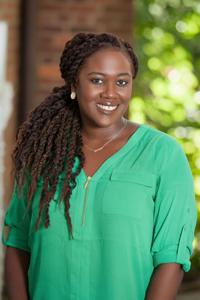 Mozell Ingram is a month behind on her rent and although she is receiving emergency rental assistance through Fairfax County, the mother of three can’t help but worry about possibly being evicted from her apartment in Alexandria after the eviction moratorium ends July 31.

“[My landlord] sent me an email saying well you know we can’t evict you because of this [moratorium], but still like that’s the only thing that’s keeping them from putting us out,” said Ingram, 41.

Ingram’s landlord said it won’t be evicting Ingram because she’s receiving rental assistance, but if Ingram were to be evicted, she said her family would have nowhere to go.

“I would just probably just be in my car with my kids, or find a shelter,” she added.

During the COVID-19 pandemic, Ingram and thousands of other Fairfax County residents were spared from eviction because of the CDC’s eviction moratorium and Virginia’s requirements for landlords. She was among many residents who accessed federal emergency rental assistance through the county and the state under the CARES Act and most recently the American Rescue Plan.

The Biden administration announced Thursday that the CDC would extend its moratorium by a month, until July 31, but that would be the final extension. Meanwhile, Virginia’s coronavirus state of emergency is set to expire June 30. After the moratoriums expire, landlords will no longer be required to help their tenants access rental relief nor be prevented from evicting tenants.

And although Fairfax officials and other stakeholders say there’s plenty of emergency rental assistance to help low-income residents, they are concerned that it’s taking too long to get that money to landlords. County officials said that even if the rental assistance is available, landlords may decide it's not worth it to wait months to receive the overdue rent and may evict their tenants anyway.

In late March 2020, due to the COVID-19 pandemic, Ingram was laid off from her job as a teaching assistant at Vine Preschool in Alexandria.  First and foremost on Ingram’s mind was how she was going to feed her three children, all still in grade school, on top of paying her $1,720 monthly rent.

The median income in Fairfax, according to the U.S. Census Bureau, is $124,831, making it one of the richest counties in the country. But for thousands of Fairfax residents who make below 60% of the area median income ($75,000 or less), including Ingram, the majority of their paychecks usually goes to paying rent. So when they lose their jobs or their pay is reduced, it can have devastating consequences.

Ingram said her family was fortunate to live in an apartment she subleased from a nonprofit affordable housing organization, Good Shepherd Housing & Family Services Inc., which helped the family access assistance before and during the pandemic. And earlier this month, Ingram started a new job working for a different preschool. But even after receiving a year's worth of government assistance in the form of rent, unemployment and food stamps, among other things, Ingram said she is still struggling to pay for basic necessities and worried about eviction.

“So, it's just that there's not enough income coming in to secure a [home] for me and my family, and they keep going up on the rent,” she added.

During the pandemic, Ingram received several referrals from Aleisha Wilhite, a community case manager for Good Shepherd, for food, rent and other forms of assistance. Wilhite said Good Shepherd does not plan to evict Ingram at the end of June because Ingram is still eligible to receive rental assistance. But that could change if for some reason she can’t pay the rent.

“I'm very aware of the struggles that Mozell and her family are going through,” Wilhite said. “I talk to Mozell on a daily basis and I give her referrals to get clothing, food referrals, gift cards whenever she’s in need of gift cards for groceries. So, I see where she’s coming from where she might want more support on the housing side, but… the rent is still due, like we can’t really get around that.”

“The idea of trying to make that up is overwhelming, no matter who you are,” Hatch said.

Hatch noted that several Good Shepherd residents have also fallen behind on rent, but because the nonprofit collects donations and grants it’s not a huge concern if a tenant can’t pay right away unless that tenant refuses assistance.

“We just don’t have that many because most of our tenants have taken us up on the help,” she added.

However, Wilhite said that in some instances in which tenants applied for rental assistance from the county, it took up to five months before Good Shepherd received any money.

"There were four tenants that applied [for rental assistance] back in November of 2020, and then we just got the assistance maybe [in April] or the month before,” Wilhite added. “And that's because of all the paperwork that they had to file.”

Dean Klein, Fairfax County’s chief strategist for health, housing and human services, said processing times for landlord applications were longer than anticipated due to the launch of the emergency rental assistance program. Since the program launched in early June, landlord application processing time will be reduced.   Landlords may not decide to apply on their tenants’ behalf however, residents can always apply on their own behalf.

“We are concerned, in general about [landlords] feeling like they have to evict individuals because they don’t have the flexibility or because they’re an individual rather than a corporation,” Klein said.

Kevin Kane, an attorney in Rockville, Md., who represents several large corporate multifamily landlords in Northern Virginia and Maryland, said his clients are usually able to work with tenants whose rental assistance applications have been pending for several months because they have more resources.

But smaller landlords, he argues, are a different story.

“[Corporate multifamily landlords] come to the table, pretty well financed, they have reserves, they have other protections in place... and certainly are usually better able to weather a  financial storm than say a mom and pop who have one apartment, and it’s their main investment, and they rely upon that family to pay the mortgage and insurance and taxes and for repairs but also perhaps for some income as well,” Kane said.

Klein argues that because the American Rescue plan injected another $35 million into the county's emergency rental assistance program (in addition to the $34 million from the CARES Act) there is plenty of money to continue providing rental assistance to residents through December 2025.

The center had 40 social workers taking calls before the pandemic. But even though the center has added 10 employees, the volume of calls is still overwhelming.  Allen said the number of calls coming in created long wait times initially, in addition to all the documentation that tenants or landlords had to file to receive rent assistance.

In recent weeks, Allen said the agency has been able to streamline more of the calls coming in because many of the applicants were previously approved for emergency rental assistance.

“In the past, people might only be eligible... for say three to four months and so they would have to call back during this pandemic, and...now that we're able to help people for a longer period of time they won't need to call us back as often,” she added.

The Northern Virginia Affordable Housing Alliance, which surveyed landlords and tenants across the region between June and December, found that many low-income residents had difficulty applying for rental assistance because the application process was complicated or it was difficult to get hold of a social worker.

In February, Fairfax County accepted a direct allocation of federal Emergency Rental Assistance funding and stood up a local rental assistance program. As a result, Fairfax residents and landlords are no longer eligible to apply for the state’s rent relief program.

But Nora Daly, director of programs and community engagement at the housing alliance, said the county program has similar shortcomings.

“The county has encountered challenges similar to the state in terms of processing call volumes,” she said. “So there’s just a very long wait time where folks will be on hold for hours.”

Daly added that while the county and the state need to pour more resources into processing these huge call volumes, the strict eligibility requirements for emergency rental assistance complicate the application process.

“We’ve seen landlords really struggling to complete these applications, let alone a tenant who’s trying to navigate the process on their own,” Daly said.

Allen and Klein said they both agree the process needs to be faster, especially because of the potential eviction crisis.

But if the federal rent assistance isn’t distributed fast enough and landlords do start evicting tenants, Klein said the county’s Eviction Prevention Task Force, made up of local nonprofits and county agencies, can step in and provide resources for tenants and communicate with landlords about what assistance the county has available.

“But there are many people who we don’t know that are at risk, and who are on the edge, and don't know who to contact. And so in those instances when the moratorium changes … at the end of this month those are the people that I'm most concerned about,” Klein said.

Daly noted that outreach by the county should be especially targeted toward people of color and non-English speakers who have been disproportionately affected by COVID. And according to the Affordable Housing Alliance’s Eviction Prevention & Rental Assistance Dashboard, in Fairfax County and the city of Alexandria, Zip codes where the predominant share of the population are people of color, including 22304, 22311, 22204, and 22305, also made up the largest share of eviction filings and rental relief that was distributed since January 2020.

Of the $20 million Fairfax dedicated from the federal CARES Act funds to help residents pay for groceries, mortgage, rent and utilities, Allen said the county has spent $18.7 million. Plus, Allen noted, the county received an additional $6.8 million from the federal Community Development Block Grant, and close to $1 million from other county funds and community-based organizations that also went to helping support residents.

Allen said that the county is still reviewing an appropriate spending plan for the $35.1 million it received from the latest stimulus package in March and to her understanding that funding will be available through September 2025.

“So… there are community members that are vulnerable and we're positioned to help them but there still could be people that face eviction,” Allen said. “But we have the resources and it's about … efficiently putting it out and that’s what we are doing and want to continue to get better at.”

The federal ban on evictions officially expired Saturday, and landlords across the country can now evict tenants for nonpayment of rent.