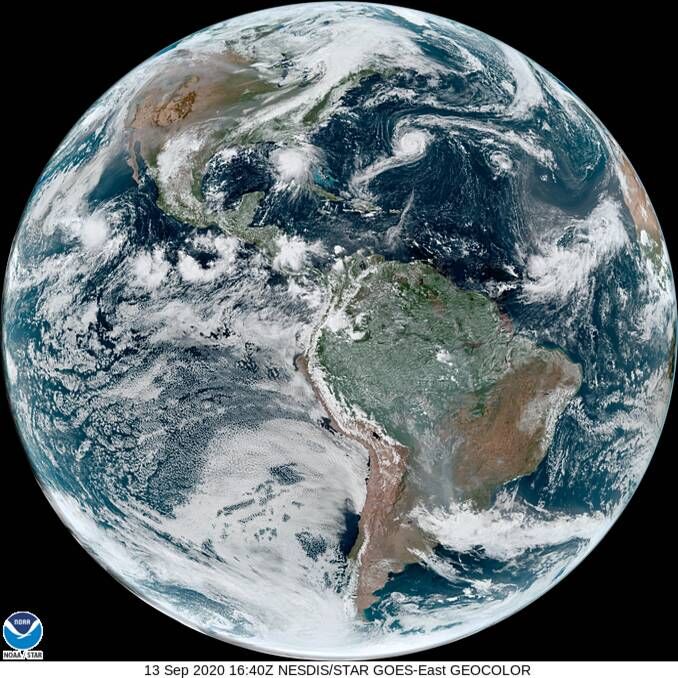 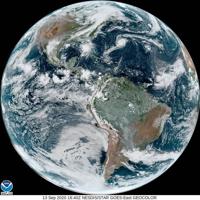 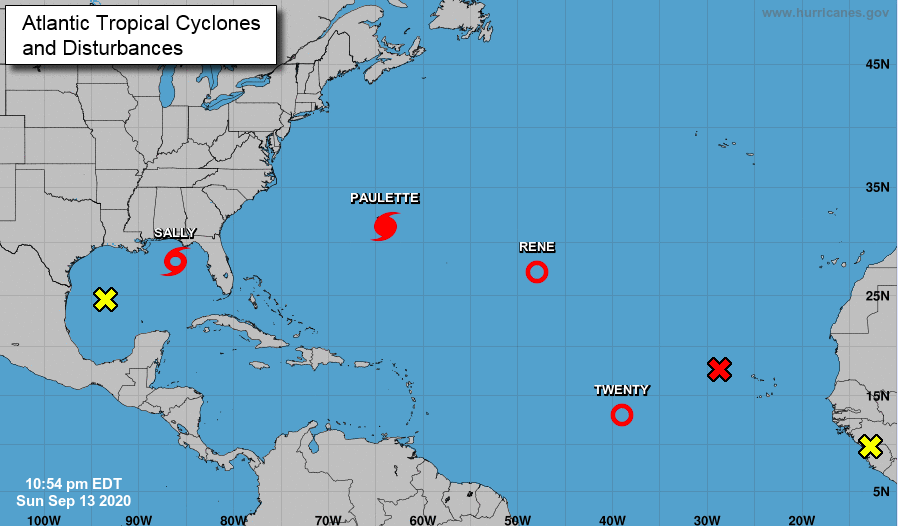 National Hurricane Center graphic showing storms in the Atlantic and Gulf of Mexico on Sunday, Sept. 13, 2020.

It's been a record-breaking Atlantic hurricane season, with earliest-in-history named storms forming since mid-May. And now, the National Hurricane Center is close to running out of names.

Since 1953, Atlantic tropical storms have been named from lists originated by the National Hurricane Center and maintained and updated through a strict procedure by an international committee of the World Meteorological Organization.

Every season, there are 21 chosen names in alphabetical order, with the lists repeating every seven years unless a storm is so deadly or destructive the name is retired. If there are more than 21 named storms, the names then move to the Greek alphabet.

This hurricane season, which officially began June 1 and runs through Nov. 30, there have so far been 18 named storms. As of Sunday, there were three active named storms -- Sally, Paulette and Rene -- as well as a tropical depression and a new tropical disturbance.

That leaves just three names left: Teddy, Vicky and Wilfred. It's a pretty sure bet the list will run out before the season's over, something that's only happened once, in 2005. That season, there were 27 named storms, 14 of which were hurricanes, and seven of those major hurricanes.

In reality, two of this year's storms would normally not have counted as tropical systems. In many cases wind speed is not directly measured. One of the storms this year was so minor that a subjective judgement call was made to say the winds were at 40 mph. Maybe it was, but maybe it wasn't. In less than 1 hour the storm had deteriorated so quickly that they had to classify it back as a tropical depression. Another storm only made tropical strength for a few hours and again through a subjective call. NHC employees are under intense pressure from the vile left to exaggerate everything. Perhaps that is better than underestimating a horrific storm, but after awhile people get tired of being told the sky is falling. In the recent Hurricane Laura incident, NHC employees were pressured to categorize it as a ferocious Category 4 hurricane. In reality, the highest sustained winds were 98 mph measured for a short time at Cape Charles. The unsurvivable tidal surge, projected to be over 20 feet high, was only 10 feet at worst and then only in a few susceptible locations. We will see more exaggerations in the next few days as Hurricane Sally heads to the Gulf Coast.

That is the left calling all shots again. What can the liberals say is the worst thing on earth? That will be next.

Well those are some boring names coming up. I demand democrats stop global warming so we can avoid this...or maybe name less thunderstorms?