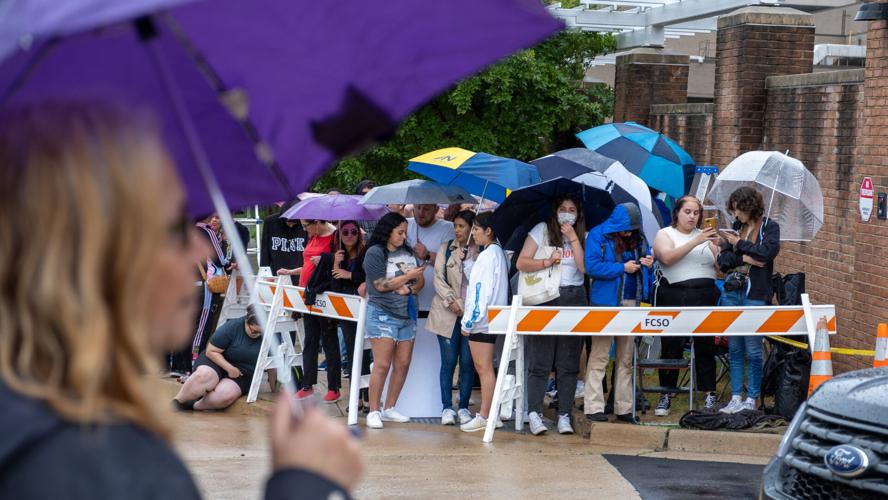 A crowd outside the Fairfax County courthouse on Friday as the Depp-Heard trial wrapped up. 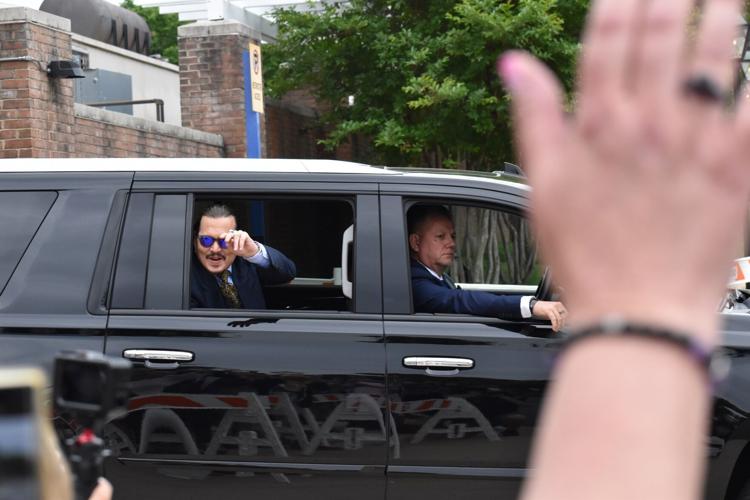 Actor Johnny Depp waves to supporters outside the Fairfax County Courthouse Monday at the end of a day of testimony in his defamation case against his ex-wife, actress Amber Heard.

A crowd outside the Fairfax County courthouse on Friday as the Depp-Heard trial wrapped up.

Actor Johnny Depp waves to supporters outside the Fairfax County Courthouse Monday at the end of a day of testimony in his defamation case against his ex-wife, actress Amber Heard.

After a six-week trial that drew international attention and saw individuals lined up daily for a coveted courtroom seat at the Fairfax County Circuit Courthouse, actor Johnny Depp’s $50 million defamation lawsuit against Amber Heard remains in the hands of the jury.

The jury had much to wade through after listening to testimony from both actors, who were married for 15 months and divorced in 2016. A long list of witnesses, including family members, former neighbors, police, mental health professionals, TMZ press, and actors and executives in the entertainment field testified.

At question is whether Heard was abused, whether she is considered a public figure, whether any abuse implied Depp as the perpetrator, whether anyone else saw or witnessed the abuse, and whether Heard's abuse allegations were made with malice.

Depp filed his lawsuit shortly after a 2018 op-ed piece written by Heard and published by the the Washington Post in which she stated she was a victim of domestic abuse, which Depp claims had serious negative consequences for his acting career. Heard counter-sued Depp for $100 million claiming Depp and his legal team defamed her by stating her allegations were false and a hoax.

Camille Vasquez, an attorney for Depp, began closing arguments by stating that exactly seven years ago today Heard, accompanied by her publicist, filed for a restraining order against Depp, which began the ugly, public feud between the two.

And that, "in doing so, ruined his life. We ask you to give his life back. At stake is a man's good name and life. The life that he lost when he was accused of a heinous crime," Vasquez said.

The attorney reminded the jury of a psychologist who testified that Heard has borderline personality disorder and histrionic personality disorder. "These are disorders that are based in anger" Vasquez said, adding Heard's fear of Depp abandoning her was the basis for problems in their relationship.

"She didn't just want a divorce. She wanted to ruin him," Vasquez said.

Benjamin Chew, another Depp attorney, said, "This case has never been about money, nor has it been about punishing Ms. Heard. It is about Mr. Depp's reputation and freeing him from the prison in which he has lived the last six years."

Amber Heard's attorney Ben Rottenborn went on the offensive for his client during closing arguments Friday morning stating that, "If Amber Heard was abused by Johnny Depp even one time, she wins."

In one of the most highly publicized celebrity trials since OJ Simpson, Ms. Heard's legal team underscored that Heard did not write the 2018 op-ed piece about domestic abuse that ran in the Washington Post. The ACLU scripted the first draft with a motive to help craft legislation to better protect domestic abuse victims. The ACLU also wrote the headline, which was not approved by Heard before it was published, Rottenborn said.

Although Heard tweeted a copy of the link to the article from the Washington Post on her personal Twitter page, there was no additional content added by Heard after its publication, her lawyer added, and no reference to Depp in the article.

Possessive jealousy, suspicion of adultery, childhood abuse and repeated cycles of drug and alcohol use was at the root of the problems in the couple's marriage, Rottenborn told the jury.

"Under the First Amendment, the statements [in the article] have to be false in order for Mr. Depp to win," Rottenborn said. Depp and his lawyers have repeatedly stated Heard's claims of domestic abuse throughout their relationship are false while Heard has maintained unequivocally that they are true, providing multiple still photographs of physical marks on her face and body and videos of an out-of-control Depp.

Rottenborn stated, "The message Mr. Depp is asking you to send is that domestic abuse cannot be talked about and that if you seek help for it, you are crazy. That is what they're trying to make you an accomplice to," he told the jury.

"This was a campaign of global humiliation," to silence Heard. "This whole case is about blaming Amber Heard for things she didn't do, but that's what Mr. Depp does," Rottenborn said. He further stated that Depp has not taken accountability for his actions and has a pattern of suing or firing individuals throughout his career to deflect blame for his behavior.

Elaine Bredehoft, a second Heard attorney, told the jury that this case has "consumed" her client and that Heard has received death threats and her child, just over one-year-old, has been the target of harassment.

The jury will now deliberate two claims - Depp's $50 million claim against Heard, and Heard's $100 million counterclaim against Depp. Judge Penney Azcarate has ordered the jurors' names be sealed for one year after conclusion of the trial.

It started with a simple question: “Want to go to the Johnny Depp trial?”