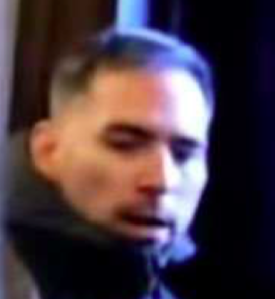 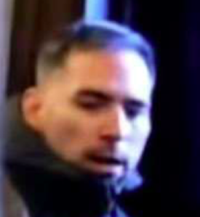 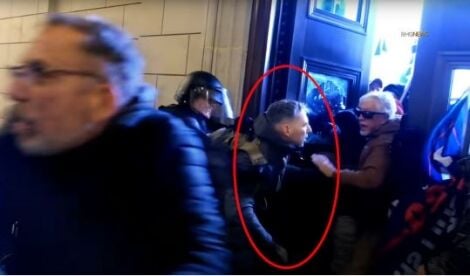 An active duty U.S. Marine stationed at Quantico can possess a gun as he awaits trial on charges stemming from the Jan. 6 attempted insurrection at the U.S. Capitol.

Maj. Christopher Warnagiris, 40, of Woodbridge, appeared in an electronic hearing at the District of Columbia U.S. District Court on Aug. 27.

Warnagiris was arrested May 13 in Virginia and has pleaded not guilty. Cumulatively, the charges could carry more than 49 years in jail.

D.C. pretrial services requested that Warnagiris be prohibited from owning a firearm ahead of his trial, which the agency said has been a standard request for defendants in the riot.

Warnagiris’ attorney objected, saying his charges were not firearm related and he has complied with other pretrial requirements.

Federal attorneys did not object to removing the requirement and Judge Paul Friedman granted the request, saying he would do it in this case without committing to changes for other defendants.

The FBI has said that Warnagiris "violently entered the Capitol on Jan. 6, after pushing through a line of police officers guarding the East Rotunda doors.”

The criminal complaint says Warnagiris used his body to keep the door open and pull others inside. Warnagiris can be seen pushing a U.S. Capitol Police officer in an effort to maintain his position in the open door in security camera footage and publicly available video footage, the FBI said.

Warnagiris has been stationed at Quantico since last summer, the FBI said.

The next step in the case is an agreement for a protective order around evidence in the case. Federal attorneys have requested that some identifying information and evidence, such as confidential informants, be protected.

“The sooner we get some protective order in place, that will open up discovery,” Friedman said.

The next status hearing is scheduled for 1 p.m. Oct. 7.

An active duty U.S. Marine stationed at Quantico has pleaded not guilty to a slew of charges…

He did condemn the people who were waved in by Capital Police, and walking into, and through, the Capital, between the tourist ropes! Some riot.

Exactly what do you think he should have done? Put on his Orange Man cape and fly on over to the Capital and use his superpowers to stop a pseudo “insurrection”? He could have used his x-ray vision to melt all the arms the citizens were carrying, oh wait, there were no arms at the pseudo “armed insurrection”. Opps! Narrative GONE.

If you are condemning him for his alleged in-actions, then Nancy PeLousy is even MORE complicit for ignoring warnings from the "intelligence" agencies and REFUSING to have more security. She wanted to have an event (likely orchestrated & stoked by Federal government operatives in the crowd) that could be twisted into appearing, from a DemonRATs perspective, to be some sort of riot (which it was NOT). Another tool of lies for the sick & twisted Left to use as a distraction to obscure their evil, treasonous attempted destruction of the Greatest Center of Freedom on the face of Planet Earth, The United States of America!

This anti-American will be getting kicked out of the Marine Corps and lose his pension and everything else as a felon. WINNING!!!!!!

Why did President Trump do nothing?

She was attempting to break in the Capital and that is why she was shot. The police could have shot a lot more of you traitors but did not. Next time it will be different.

Paul, Go back to your "fake" and false news and stay away from sites like these that tell the truth. Apparently, You come here for the truth.

You anti-American traitors claimed that this was no insurrection and that the Capital Police waved folks in are is totally FALSE and another lie by you deplorables! Just Google footage and see you deplorables breaking windows and peeing and pooping along with stealing from offices and the chamber. What a bunch of brain-dead and ignorant to true facts deplorables you are. You all know a lie from the truth and know when you are being BS'd, but still allow it to happen to your ignorant selves. Grow the hell up and stop lying and letting your so-called elected republicans keep brain washing you. SMH at you ignorant deplorables.

I see you have changed your name. You really need to chill out, I fear for your mental health.

Your mental stupidity and ignorance is a threat to democracy. Russia is open dumb one.

I see you are off your medications again, Comrade. You wouldn't know Patriotism or a FACT if it bit you on your backside. You are a pathetic, weasel, and a disgraceful human being if you support these DemonRAT Traitors. Now, back to your corner and return to staring at the wall, rocking back and forth (foaming at the mouth) and mumbling to yourself, "I Hate Trump, I Hate Trump, I Hate Trump!" Bwahahaha!

‘The Great’ Makes Way for a Baby, New Relatives & More in Season 2