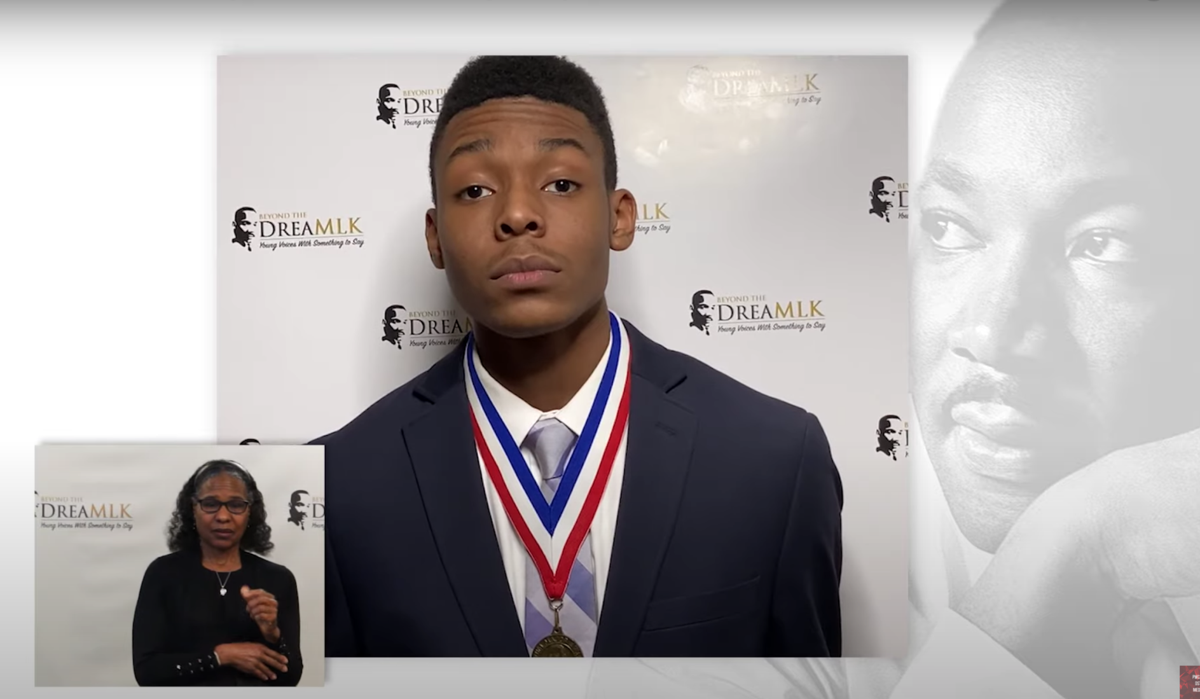 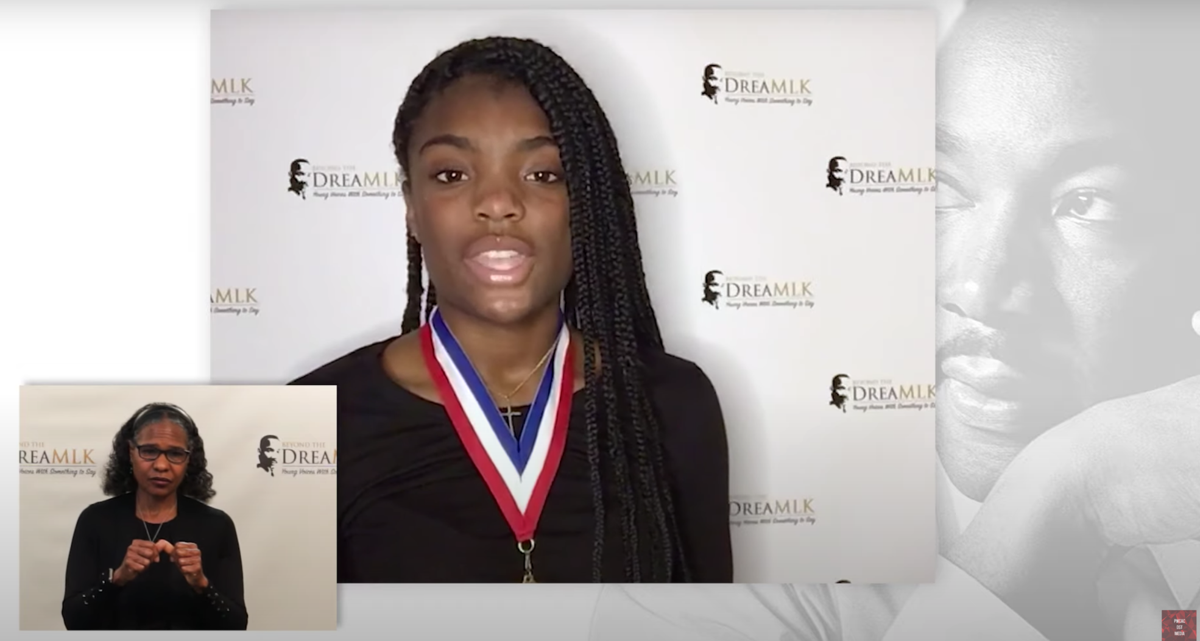 Lanier and Asterilla-Anderson were among four local students who were selected as finalists in this year’s contest. They were chosen as the winners based on a vote of the audience members and won a combined $3,400 in prizes and copies of the book “Strength of Love” by King. In addition, their names will be entered into the Congressional Record by U.S. Rep. Gerry Connolly.

In their winning speeches, Lanier and Asterilla-Anderson focused on the 2021 theme: “Beyond the Dream – Young Voices With Something to Say.”

In his speech, Lanier recalled an event from 57 years ago.

“On August 28, 1963, a 23-year-old man spoke to a crowd of 250,000 people at the Lincoln Memorial. He spoke about fighting for freedom, justice, and racial equality. And that young man was one of my heroes – John Lewis. Fifty-seven years later … a 12-year-old girl spoke at the Lincoln Memorial about those same things,” said Lanier, referencing King’s granddaughter, Yolanda Renee King.

Throughout the rest of his speech, Lanier discussed the importance and persistence of youth activism in the past, as well as the challenges that we faced in 2020. He noted the disproportionate deaths of minorities due to COVID-19; the killings of George Floyd, Breonna Taylor, Ahmaud Arbery, and Quawan Charles; President Donald Trump’s refusal to concede the election, and the struggle of young people to simply live during these difficult times. While the realities were grim, he left the audience with a call to action.

“It is time for America to stop waiting for someone else, and give young people a seat at the table,” Lanier said. “Our ideas will better this nation and this world for all to live in.”

In her speech, Asterilla-Anderson discussed the dream King had for this nation – one of equality and freedom of all people – and the realities of it today.

“His dream was that one day we’d all be equal, that one day this nation would cease its undermining ways and finally start to practice what its constitution preaches,” she said.

Asterilla-Anderson noted that in his “I Have a Dream” speech, “King talks about how the Negro still isn’t free, how a hundred years later [after slavery] the life of a Negro is crippled by discrimination, segregation, poverty, exclusion, and so much more. We are going on 57 years since he gave that speech, and almost everything he said then is still true now.”

During the rest of her oration, Asterilla-Anderson noted the immense challenges of systemic racism within this country. She cited the numerous killings of unarmed Black people, Jim Crow laws, the idea of “separate but equal,” and the unjustness of the 13th Amendment in regards to the prison system. In addition to her examples of the problem, she offered a solution.

“I believe we should continue in Dr. King’s footsteps and fight for equality peacefully as he did,” she said. “See we tend to only focus on protesting, but there are multiple other forms of peaceful protest such as boycotting and striking. So imagine if we all only shop Black-owned businesses for a month, not just that, but all Black employees went on strike for just a week. See we may be the minority, but without us, America will not be able to reach its full economic potential.”

In addition to the student speeches, the event featured an invocation and benediction by the Rev. Al Sharpton and songs from the Martin Luther King Jr. Community Choir. In conjunction with the event, boxes of toiletries were collected by Manassas Hunger & Homeless Outreach Ministries that will be distributed to people in need.

Duchess of Sussex: 2020 has been 'overwhelming process of grief, growth and gratitude