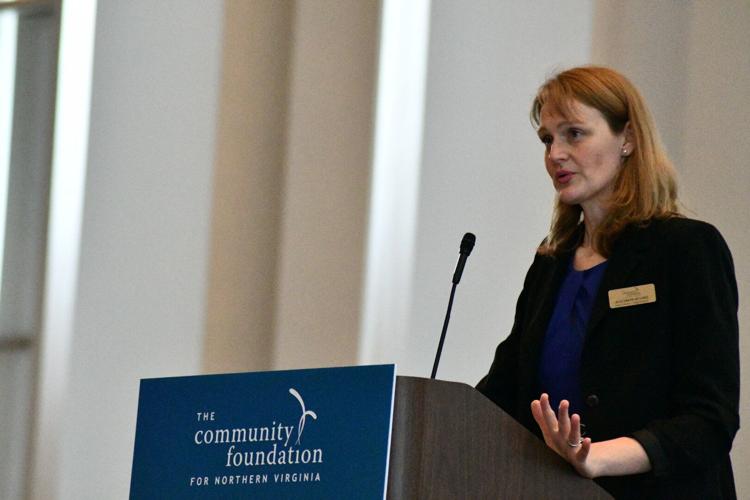 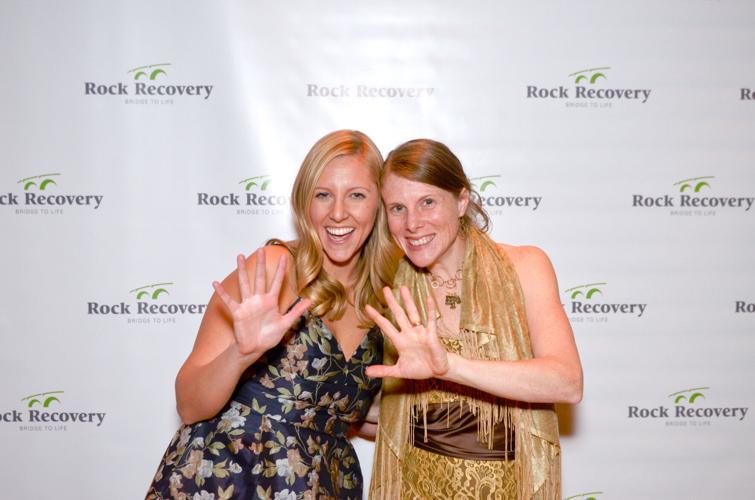 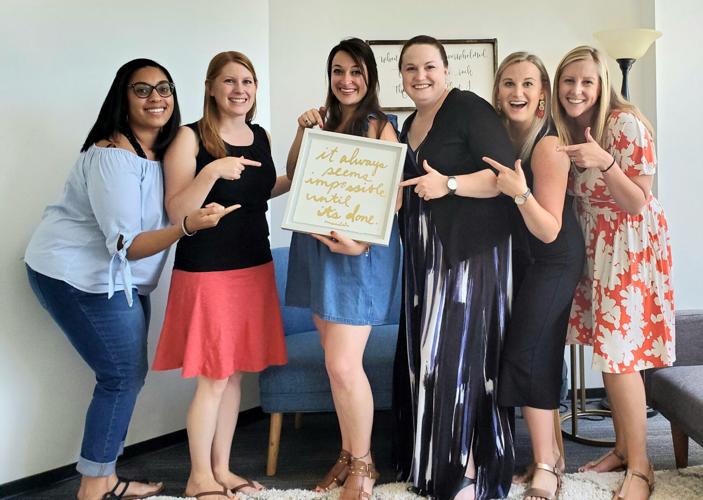 The staff of Rock Recovery, a nonprofit based in Arlington that helps people recover from a variety of different eating disorders through group therapy.

The staff of Rock Recovery, a nonprofit based in Arlington that helps people recover from a variety of different eating disorders through group therapy.

A Community Foundation for Northern Virginia report shows hundreds of thousands in the area struggle to get mental health care.

Green was in college, and her now husband had flown down to Atlanta to see her for Valentine’s Day. She had booked a dinner reservation at an Italian restaurant, but when they arrived, Green said what she did not realize was the restaurant had a prix-fixe menu with four courses.

“I immediately had this just like look of terror on my face,” Green told Inside NoVa. “And my husband was like, ‘It’s OK, we're gonna figure it out.’”

But after the first course, Green said she broke down.

“I was sitting at the table on Valentine’s Day crying, because there were three more courses coming and I remember being like, ‘This was a weekend with the man I love, and I can't even enjoy dinner because I am so lost to this thing.’”

The “thing” Green is referring to is her eating disorder. For the better part of her young adult life, Green said she was struggling with anorexia. It affected her everyday life to the point where, after the Valentine's Day dinner, she said she immediately sought treatment in Atlanta.

“That was the moment where I was just like, ‘OK, I don't want to live like this anymore,’” Green said.

But finding help was not an easy process, and Green emphasized that had her family not paid for her treatment, she may not have been able to get that initial help she needed.

After the initial therapy in her early 20s, Green was not cured, but she said it was the push needed to begin her path to recovery. While on that journey, Green said she found others like her who also struggled with eating disorders. But she noted many were not always able to get help because of the financial cost.

A decade later, Green, 34, sits on the board of Rock Recovery, a nonprofit based in Arlington that helps people recover from a variety of different eating disorders through group therapy. Rock Recovery is an alternative, Green said, for people who cannot afford more expensive mental health treatments in and around Northern Virginia.

“[Treatment for mental health] is not only expensive, it is often just not accessible,” she said. “I think that has gotten a little bit better in the last 10 years, but it's still definitely a challenge for folks.”

Last week, the Community Foundation for Northern Virginia published a report claiming that as of 2021 approximately 750,000 adults in Northern Virginia are currently receiving or want to receive mental health services. However, 350,000 of those adults who want therapy or counseling are unable to get it.

There are several reasons for why people in Northern Virginia are not able to access mental health services. But the report, written by Elizabeth Hughes, who is the senior director of the Community Foundation’s research arm Insight Region, claims that one of the main reasons is because of the cost.

In Northern Virginia, there are 5,100 licensed mental health providers, including nearly 4,800 who are trained to provide psychotherapy and 350 who are also trained in psychopharmacology (psychiatrists and psychiatric nurse practitioners).

But only about half of these mental health providers accept any kind of insurance, according to the report. Without insurance, the average cost per therapy session is about $215 for a 45-minute therapy session. With insurance, it’s about $70.

Christie Dondero, the executive director of Rock Recovery, told Inside NoVa that the majority of the people who come to Rock Recovery seeking help for their respective eating disorders are typically lower income – between the ages of 21 to 45.

“A lot of [our clients] are single parents or students or people in helping professions – teachers, nannies, whatever – who aren't making a lot of money and can't afford the expensive mental health treatment,” she said.

Dondero, 36, recovered from her eating disorder about 15 years ago. And similar to Green, Dondero also had help from her parents when she sought therapy initially. Nonetheless, she said she was acutely aware of other people who did not have the same access to mental health services because of cost.

But when Green and Dondero stumbled upon Rock Recovery, founded by Carylynn Larson in 2007, they both realized there were other ways to get people help without having to go through traditional avenues within the health care system.

Rock Recovery, also a grantee of the Community Foundation’s COVID-19 Emergency Response Fund, started as a 2-3 hour weekly group meeting where people with eating disorders could come together, share a meal together and talk about their challenges with a therapist present.

People who have recovered – like Dondero – also serve as mentors to help guide and provide continual peer support to people on their journey to recovery.

“And the whole point was … people didn't have to get so sick; they had to go to a hospital full time or go live at a hospital for three months and leave their family, leave their job,” she said. “[Rock Recovery] is kind of bridging this gap.”

Since the pandemic began, Dondero said Rock Recovery has seen a 420% spike in the number of people seeking help from their organization.

According to the report, in 2019, an estimated 155,000 adults in Northern Virginia showed active symptoms of a mental health disorder compared to 755,000 people at the beginning of 2021.

Instead, many people go to religious leaders, their primary care doctors or family for help

“Mental health struggles can be so isolating,” Dondero said. “You can … feel really ashamed of the stigma … And so a lot of our [work] is done in groups, because breaking the isolation is just so helpful.”

Dondero said Rock Recovery is doing its best not to just help people who are seeking help directly, but the organization also wants to equip clergy, teachers and parents who are “on the frontlines.”

“We can't be like the be-all and end-all of treatment, but they can help connect people to what they need, they can be that next-step connector,” she said. “And reducing the stigma around mental health is a huge, huge part.”

In her report, Hughes outlined three ways that mental health system in the region can be improved.

First, Hughes said one way is by educating clergy, parents, doctors, and other confidants to help them identify and direct adults and children with mental health needs to appropriate resources.

Another is finding ways to increase the supply of mental health professionals in the region so that those who need help can get it much more quickly.

Finally, Hughes said the region must find ways to lower the cost of therapy through the expansion of employer or government-provided insurance, incentivizing mental health providers to take insurance and utilizing virtual therapy as an alternative for people with either time or physical restrictions.

Although she recovered years ago, Green said she will always need to take care of her mental health. But for those who need help but may not know where to start, she said the best thing they can do is find someone who can provide “support and accountability.”

“It could be your primary care doctor, it could be a lot of different kinds of people, but find one person who you feel like can at least open that door a little bit and tell them like, ‘Hey, I'm not doing well, and I need help, but I can’t even figure out where to begin,’ and ask for help,” she said.

Opioid overdoses and suicidal actions or thoughts are increasing among Fairfax County youth, according to new data.

Man arrested after eggs thrown in direction of King Charles

It's impossible to describe my fame, says Billie Eilish

Pete Davidson puts his Staten Island home on the market

I don't listen to my critics, says Iggy Azalea