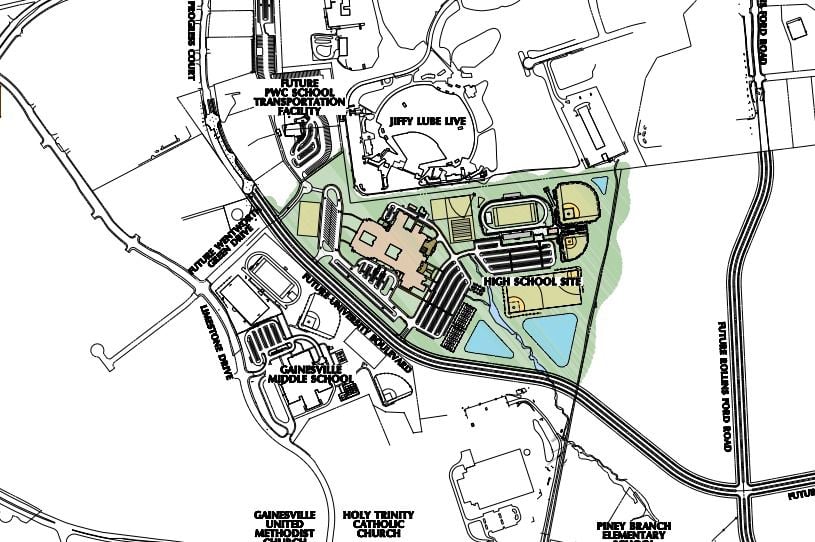 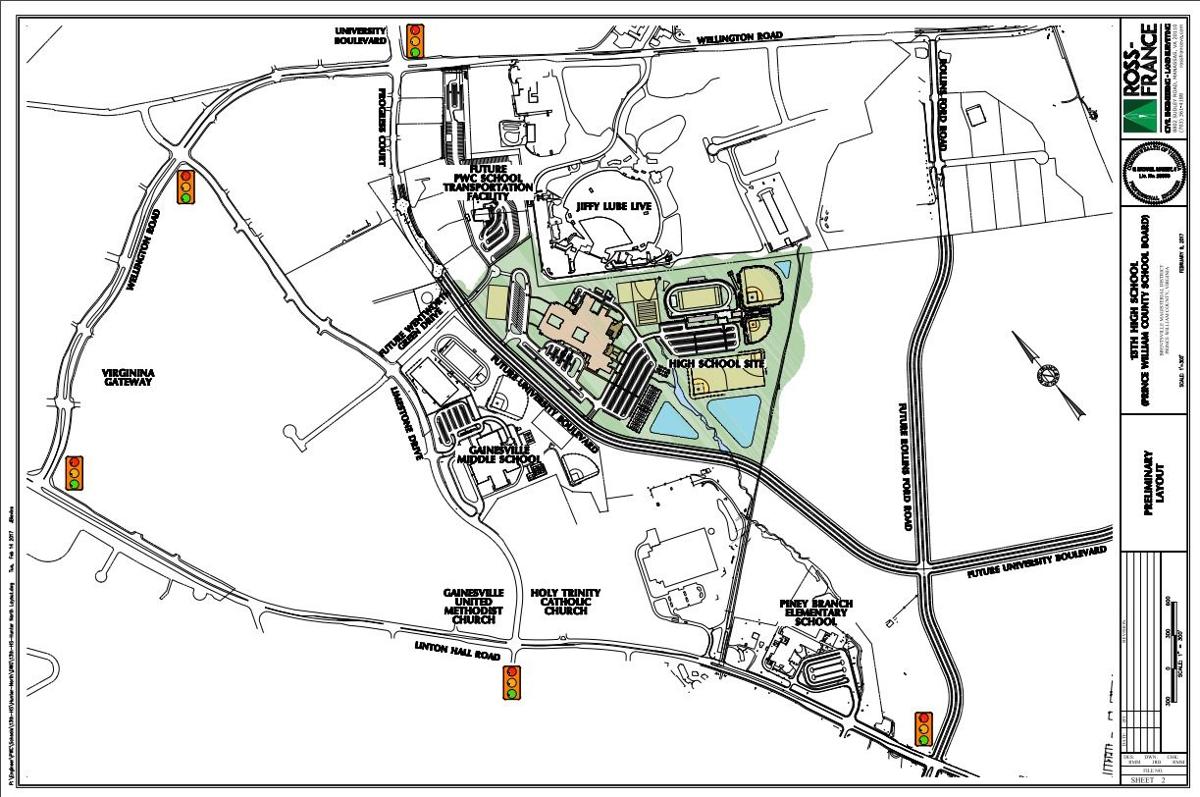 Prince William school officials are tweaking the proposed site for the county’s 13th high school, opting for a new plot of land adjacent to the Jiffy Lube Live concert venue in Bristow.

Originally, the school division was hoping to buy a roughly 80-acre parcel near the intersection of Linton Hall and Rollins Ford roads for the new facility. But on March 1, school officials announced that they decided on a different site, which is less than a mile northwest of the last proposed location.

Maureen Hannan, the school division’s supervisor of land acquisition and capital improvement program planning, said the new site is “much better for our needs,” particularly when it comes to transportation concerns.

“It really distributes the traffic more in the area,” Hannan said. “As we were starting the process with the last site, we just had all these transportation issues we were running into.”

Not only will the new site offer three access points to the school’s roadways, compared to two at the last location, but Hannan said the change also “minimizes the transportation improvements” the school system will need to build.

She added that the new site also “reduces the proximity to residential neighbors,” since the previously studied property would have been “backing up to a residential community.”

Hannan notes that the new site has the same owner as the last one, and they have agreed to honor the “same acreage value” they originally offered the school system.

Accordingly, Hannan doesn’t believe there will be any delays associated with the process. The school system’s next step will be to present the new site to the public — officials are scheduled to answer questions during a March 9 meeting at Gainesville Middle School at 7 p.m. — and then the plan will head to the county’s planning commission for further study.

The school division is hoping to open the new high school by September 2021 to help relieve overcrowding at three nearby high schools: Battlefield, Patriot and Stonewall Jackson.

The new facility is set to hold roughly 2,500 students, after a lengthy back-and-forth between county supervisors and the school board ultimately led to the adoption of a complex plan to up the building’s capacity.