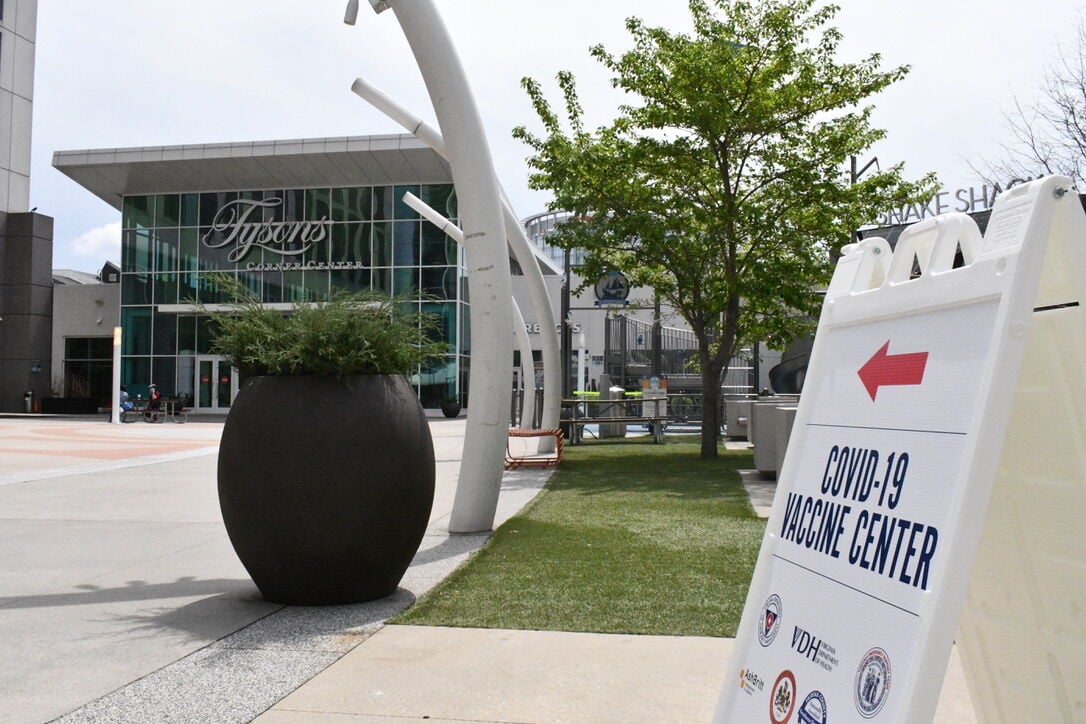 The vaccination clinic at Tysons Corner Center will be in the former Lord & Taylor store. 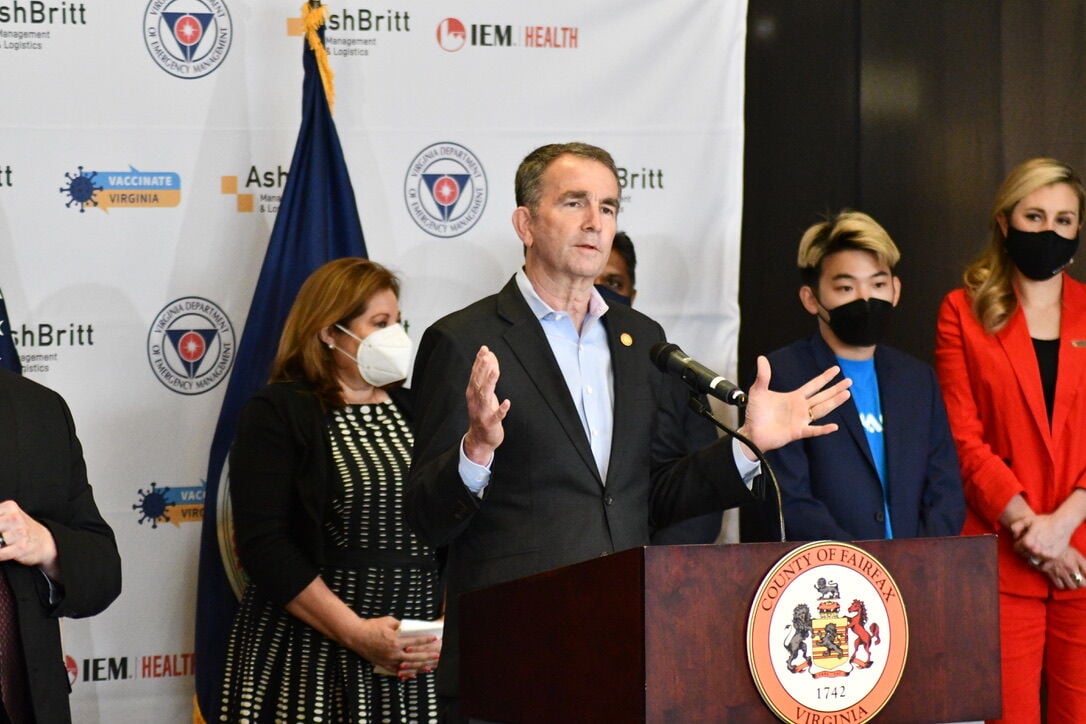 Virginia Gov. Ralph Northam speaks during a news conference at the site of the new COVID-19 vaccination clinic at Tysons Corner Center.

The vaccination clinic at Tysons Corner Center will be in the former Lord & Taylor store.

Virginia Gov. Ralph Northam speaks during a news conference at the site of the new COVID-19 vaccination clinic at Tysons Corner Center.

The new COVID-19 vaccination center opening in Tysons on Tuesday will have the capacity to administer up to 3,000 vaccine doses per day, Virginia Gov. Ralph Northam said Monday.

The Virginia Department of Emergency Management has contracted with a private emergency management company called AshBritt, based in Deerfield Beach, Fla., to manage the vaccination site -– formerly a Lord & Taylor store at Tysons Corner Center.  AshBritt is one of the companies that also manages the vaccination site at the former Gander Mountain store in Woodbridge, which opened late last month and has a similar capacity.

The new vaccination center is part of a statewide effort to increase the number of vaccination appointments available to Virginians as more vaccine doses become available. Northam said that starting Monday, all Virginians age 16 and older will be able to start signing up for appointments to receive their first dose of either the Moderna or Pfizer vaccines.

“Everyone -- I want to repeat that, everyone -- aged 16 and older statewide is now eligible to be vaccinated,” Northam said during a news conference officially announcing the Tysons facility. “And I hope and I recommend that everyone take advantage of that."

Jeffrey C. McKay, chair of Fairfax County Board of Supervisors, noted that while Fairfax residents can sign up for an appointment through the state's web portal, vaccinate.virginia.org, it may still take a few weeks for an appointment to become available because the county is prioritizing vaccinating people who were already registered for an appointment during Phase 1.

“We want to make sure we get to those phase 1 people who have been in our queue waiting vaccinated before we start opening it up to phase 2 people,” McKay added.

Fairfax County and the city of Alexandria also have a vaccination clinic run by Inova in Alexandria.

Northam also noted during the press conference that even though the demand for the vaccine still outpaces supply, every adult in Virginia would be able to get their first shot by the end of May.  About half of Virginia's adults have now received at least one dose of a vaccine.

“As we move into the next phase of the vaccination rollout... you will still need an appointment for most vaccinations, but you'll be able to schedule your own appointment, whether it's at a mass clinic like this one or your local pharmacy or through the hospital,” Northam added.

Supplies have been constrained somewhat by the hold on the Johnson & Johnson vaccine, announced last week due to concerns about adverse reactions.

Dr. Danny Avula, the vaccination coordinator for the Virginia Department of Health, said that while the federal government has been shipping some more doses of Moderna and Pfizer vaccines to make up for the shortfall, those suppliers are at capacity.

“We'll continue to get the total allotment we've been receiving which is about 450,000 to 500,000 total doses of Moderna and Pfizer, and hopefully, we'll have good news with Johnson & Johnson, which would increase that by probably another 100,000 doses next week,” he added.

If Fairfax residents want to sign up for a vaccination appointment, they can visit vaccinate.virginia.org. When visiting the site, they will be given the option to sign up for an appointment using vaccinefinder.org or call by phone. The call center is in both English and Spanish and available in other languages.

Northam announced one adjustment to current COVID restrictions, saying that school fine arts performances would be classified as entertainment venues, rather than social gatherings. Social gatherings are currently limited to 50 people indoors and 100 people outdoors — including both spectators and performers.

This has been a challenge for school fine arts performances because many school bands, choirs and drama clubs contain more than 50 students and perform indoors.  Northam's new guidance would allow them to operate at 30% capacity, with a limit of 500 people indoors and no cap outdoors.

Northam ended his remarks by cautioning Virginians to keep their guard up by continuing to wear masks, social distancing, and remaining at home if they have been exposed to COVID-19.

“We need to do that, to give more time for people to get vaccinated,” he added.  “We're on the right track.”

New COVID-19 case numbers at lowest levels in over a month in region, Virginia