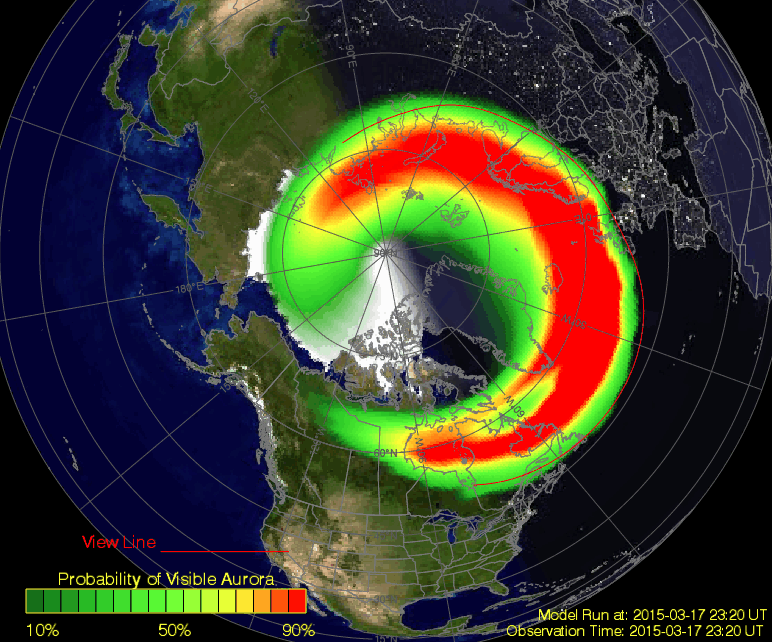 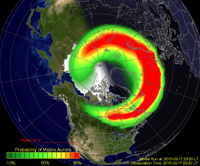 A severe geomagnetic magnetic storm impacting Earth could mean a rare sighting of the Northern Lights in Northern Virginia tonight.

The storm, sparked by two flares from the sun combining in Earth’s orbit, created vivid displays of the Aurora Borealis in the northern United States before sunrise.

If the strength of the storm keeps up – and it’s the strongest geomagnetic storm in this 11-year cycle of the sun – the Northern Lights could be visible as far south as the middle of the nation overnight, scientists with NOAA’s Space Weather Prediction Center said during a press teleconference this evening.

Aurora forecasts are based on a geomagnetic measure called the Kp index. For Northern Lights to be visible in the D.C. area, the Kp index needs to be between 8 and 9, and it reached that level earlier Tuesday, when the sun was still out.

You can follow the latest Kp index at Aurora Alerts, and see a map of predicated aurora activity at the Space Weather Prediction Center.

Aurora Alerts also offers a real-time prediction of seeing the Northern Lights based on your GPS location.

Terry Crews reveals the secrets behind his ageless complexion