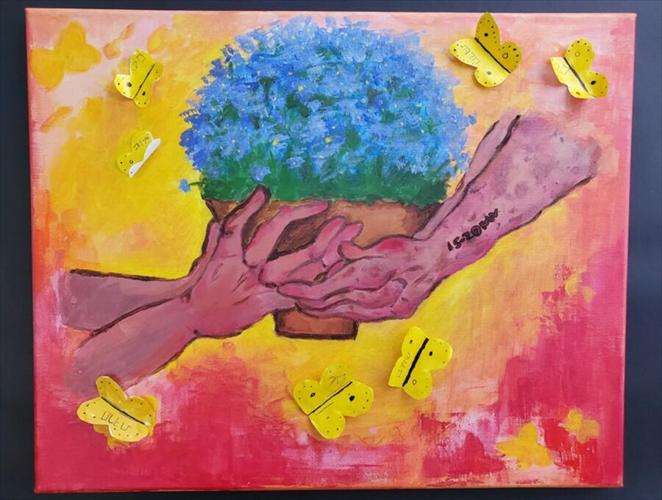 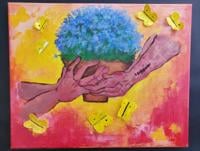 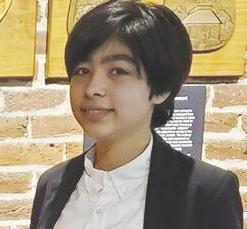 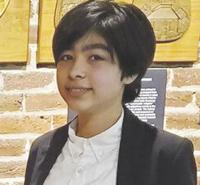 Sadieva’s creation, titled “Forget Me Nots,” received the 2022 Carole Weinstein Prize for Tolerance and Justice in the Visual Arts at a ceremony at the museum in Richmond. In addition to the award, Sadieva received $500, and the winning artwork will be on display in the Virginia Holocaust Museum's exhibition. Sadeiva was competing with other students in the sixth, seventh and eighth grades.

Students entering the contest were tasked with submitting artwork that expressed how they were affected by learning about the Holocaust and that supported the contest theme, “Never again.” In the written description accompanying the submission, Sadieva indicated that the numbers displayed on the arm of the older pair of hands represent those tattooed on prisoners in concentration camps for identification.

“I knew in general what the Holocaust was, but completing the project in school let me learn about the different stories of victims and introduced me to the concept of never forget,” Sadieva said.

Describing the piece, Sadieva explained that “15-20mv” stands for “15 million to 20 million victims.” The symbols on the butterflies are Hebrew for life, peace and freedom. “The flowers in the painting are called forget me nots, and the pot they’re being held in is being handed down from the older pair of hands to the younger pair, symbolizing older generations teaching history to newer ones so that their memories don’t die out and result for history to repeat itself.”

Sadieva’s art project was completed as an assignment for teacher Marc Larochelle’s seventh-grade social studies class. Twenty-eight classmates also submitted artwork to the contest. Judging was based on interpretation of the topic and how the student’s submission communicated the contest theme.