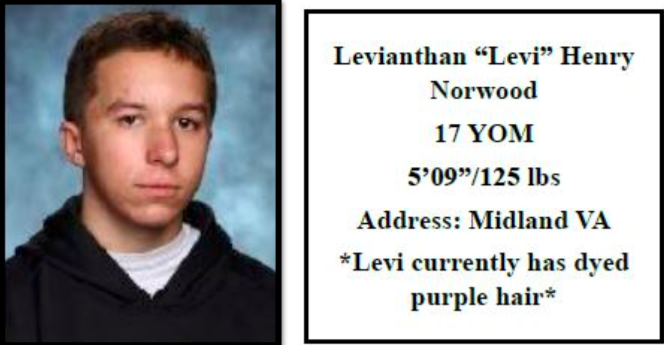 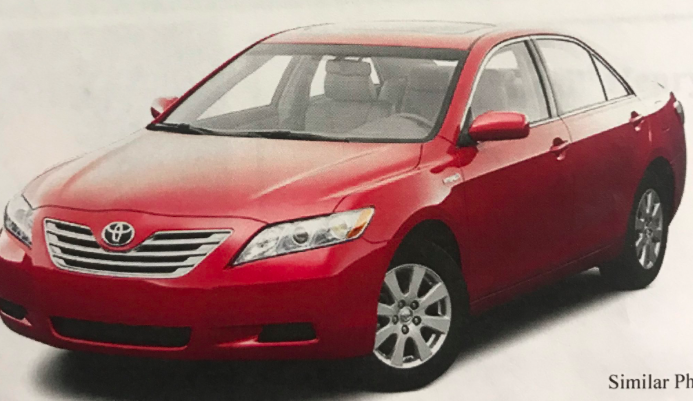 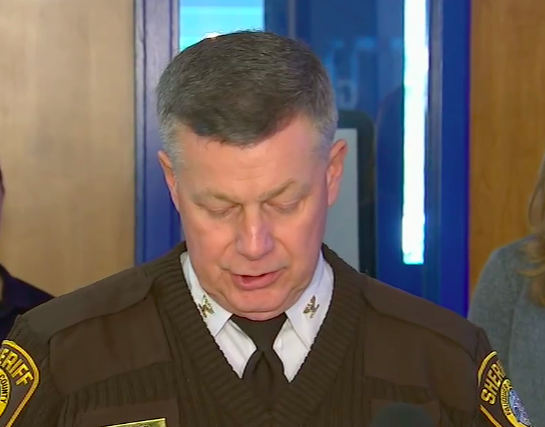 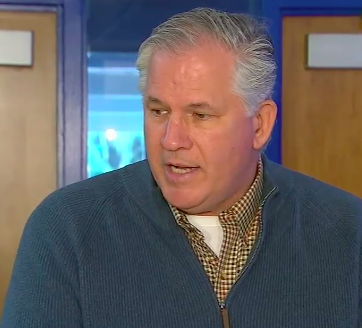 A 17-year-old boy wanted for killing his mother and 6-year-old brother and shooting his father is jailed in Durham, North Carolina, but will be returning to Fauquier County this week.

Levi Norwood was captured Saturday after a clerk called him in for shoplifting at Target on Chapel Hill Boulevard in Durham.

This weekend, he waived his right to an extradition hearing in North Carolina and will be returned to Fauquier County, where he will remain incarcerated in a juvenile detention facility, the sheriff's office said Monday.

Detectives are now trying to unravel a motive for the crime, Mosier said. There was no known police involvement with the family, except a 911 hangup call back in 2018, the Sheriff Bob Mosier said.

If he doesn't get probation He'll get what Satan has planned for him.

My name is josh norwood.

I am the father of Wyatt Norwood and husband of Jen Norwood.

I am not on facebook and am dying inside from what has happened to my amazing wife and incredible little boy. This is my way of honoring them and hopefully stopping some of the hate and lies being spread .

First of all Wyatt would have turned 7 on March 5th and Jen and I just had our 18th anniversary on jan. 26th. they were my rock, my world and my reason for living the same as levi.

I lived for my family, I went everywhere with them, did everything I could with them and loved them all more than this world would ever know.

I got home at 5:56 on Friday night to give Wyatt his special valentines day girf he was waiting for as well as levi his and flowers for Jen. She has text me at 3:30 ish to ask when i would get home from work, I said 5:45-6 so I remember the time as I made it ontime.

I walked to my front door which Wyatt always opened for me to greet me when I got home , He didnt so I unlocked the door after noticing the curtains closed, odd but nothing more than something I causally noticed now..Once I opened my front door I didnt even get a chance to finish putting my work bag down and was hit in the face by something loud from the basement door 2-3 feet away that was cracked open.. . I yell what the f*** thinking I was hit with a party popper or maybe punched as it stung .

I noticed a lot of blood pouring from my face so ran down the hallway to see where my family was. The rooms were all open and empty but levis room was lit up brighter than normal I remember. I don't know if it was or its my mind telling me that I should have noticed something. I continued running to my living room screaming for my family, Wyatt, Jen where are you? I then found a pile of blankets on the floor which I nudged with my food not knowing what they were doing there still in shock. I pulled them back and found my beautiful wife Jen in a pool of blood dead on the floor. I remember screaming NO, NO, NO This cant be real, I then noticed another thing of blankets on the love seat by the picture window where curtains were closed. I cried still bleeding heavily and saw my sweet , incredible, amazing Wyatt dead with blood on his head ..I somehow did not see his face.

I lost it and fired one round from my handgun at the basement door incase the killer was waiting to finish killing me, but also scare them away hopefully so I could escape and call 9-11 hoping somehow Wyatt may be alive. I ran to the road with 9-11 on the phone and flagged a car down for help. The stranger who helped me kept me away from the house so I could not go back in to try to see what happened or if Wyatt was alive. I used his phone to call family as it was the only number I knew and he was on mine with 9-11 since I was beyond hysterical.

It was around this time that I knew levi had did this.

We had taken his phone 2 or 3 days before as he had a bad grade and lied about staying after school for help with math. He said he was staying with his girl friend to hang out and that was when we first knew of them being together.

She has some issues that I will not speak of but was getting help and we told levi in the prior days they should not date because he had some depression and they would bring each other down as we noticed looking there his phone. He seemed fine but we locked all the meds in a padlocked case and put a new lock on the gun safe as well as locking the door to the room guns were in. Jen said that morning he snuggled with Wyatt till his bus came and was quiet but that was levi.

The last text was when she said she would wait for me to give Wyatt his Valentines day surprise.

Wyatt and levi both grew up in a loving home, Yes things were not always 100% perfect, no ones home is. We told both boys we loved them daily, and they always new that we could always talk about things and work threw difficult times. Levi had a doctors appt. ,Monday to get help since we noticed him down as that was the earliest appt which is now to late.

As for me I an not perfect, I am also not what people are calling me, I work with a very diverse group of people and am friends with all of them,garbage from the past does not show who I am now and I renounce any hate over anyone, color, religion, race anything. All I ask now is the rumors and hate towards me and my family stops so I can mourn my dead wife and son, and deal with the fact that her son and his brother did this.

I will not speak on my feeling about levi as they are so severe right now , and so confusing that it just brings more pain and tears to my broken soul.

I appreciate the positives people are saying, the bad things please stop for the sake of Wyatt and Jens memory. We need to focus on them and finding ways to stop this. This is not a product of levi being raised in a bad way he had two loving parents that had been together 20 years. Something happened that made him do this and I would give me life everyday for eternity to take the place of Wyatt and Jen.

Jen was an amazing cook and proud momma who defended her boys and family to no end. Wyatt was the happiest sweetest kid ever, and loved mr potato head, toy story 4, and books.

Lets put the fb drama aside for the memory of them and morn the loss of two of the greatest people I have ever known.

I love you both for eternity and am so dead inside without you!

I pray for the day I can get back to be with you!