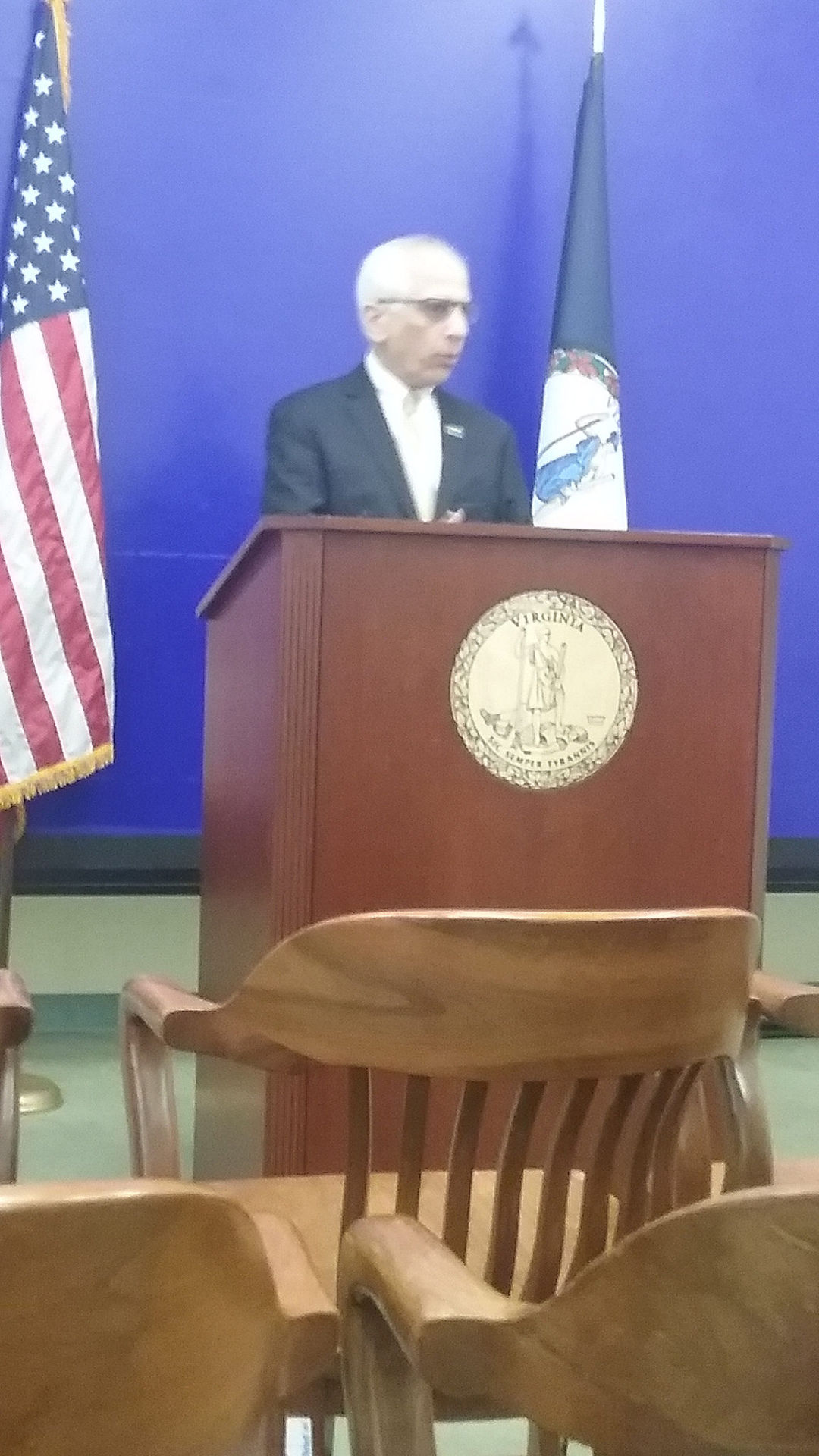 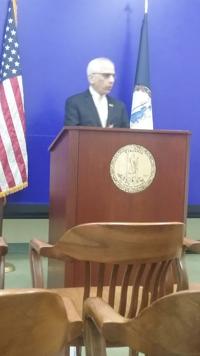 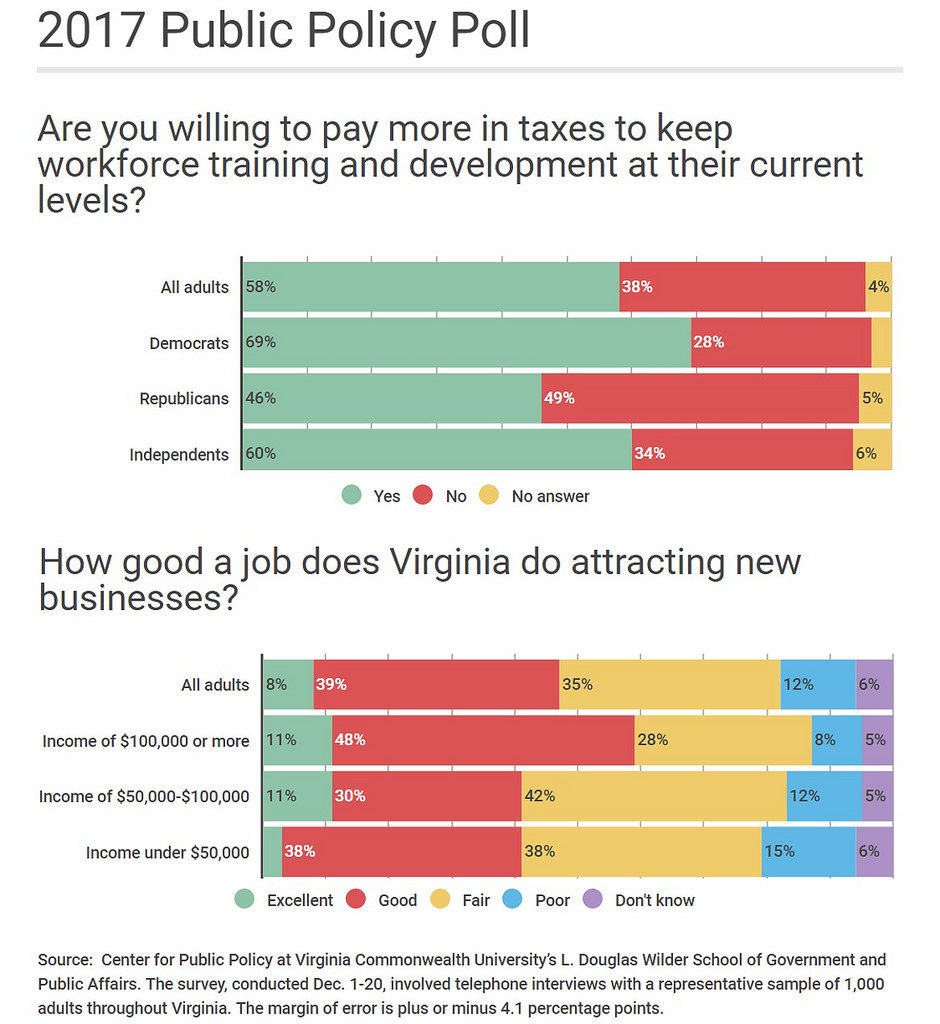 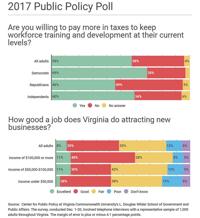 RICHMOND – Most Virginians said they are willing to pay more in taxes to keep programs for workforce training and development at their current levels, according to a statewide poll conducted by Virginia Commonwealth University.

The survey, conducted by the VCU’s Center for Public Policy, said 58 percent of adults statewide felt that way. That view was more prevalent among Democrats, among people who don’t have children in the public schools, and among Virginians 65 and older.

“Economic development and workforce development are important topics nationally as well as statewide, and they will certainly be at the forefront of this year’s General Assembly session,” said John Accordino, interim dean of VCU’s L. Douglas Wilder School of Government and Public Affairs, which oversees the center.

“As policymakers wrestle with these issues, it’s critical that citizens’ views be taken into account.”

The poll was conducted between Dec. 1 and Dec. 21. It involved surveying 1,000 adults across Virginia. The poll had a margin of error of 4.1 percentage points.

State officials said the survey findings parallel their ideas on the subject.

“This report hits the nail on the head – we must closely align workforce training with economic development – and I appreciate VCU and the Wilder School’s interest in learning more about how our citizenry feels about these two key issues for the commonwealth’s prosperity,” said Virginia Secretary of Commerce and Trade Todd Haymore.

He said the poll’s results correlate with Gov. Terry McAuliffe’s “strategic plan for workforce and economic development in Virginia, confirming that we’re on the right track in our efforts to build a new Virginia economy that continues to support workforce training and job creation efforts.”

The survey, which was released Thursday, found that many people don’t know what workforce and job development training is available. More than half of the respondents described themselves as unfamiliar with Virginia’s One-Stop Career Centers, which provide resources to find a job and improve employment skills.

In the poll, 86 percent of respondents agreed that funding and training are important to start a new business in Virginia. African-Americans placed a higher importance than white respondents on training and funding.

The survey also found that almost half of the respondents do not believe there is adequate transportation access to jobs and housing close to the jobs in their area.