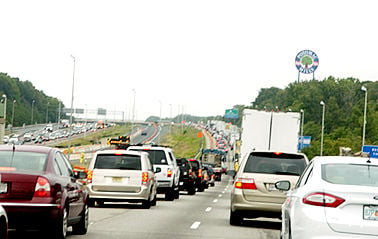 Traffic on Interstate 95 at Potomac Mills in June 2015. The latest U.S. Census estimates Prince William County has grown by more than 70,000 since the 2011 redistricting. 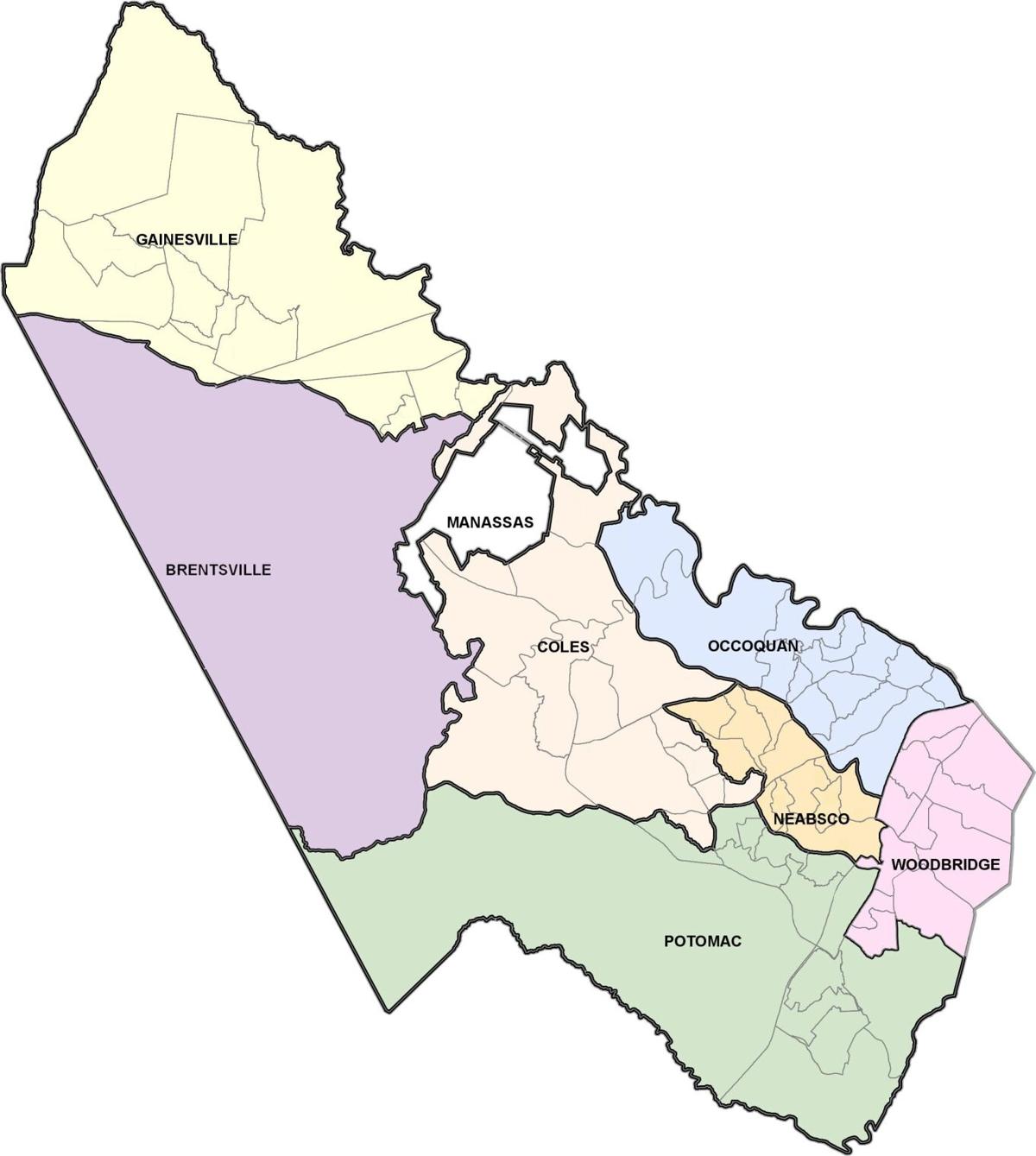 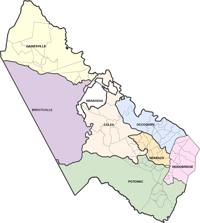 Prince William County is easing into its redistricting process.

During its meeting last week, the Board of County Supervisors discussed its criteria to guide the process, whether to add an eighth magisterial district and the possibility of hiring a contractor to help.

State code requires localities to redraw magisterial districts every 10 years after the completion of the U.S. Census. Prince William has seven districts, with the board chair selected in a countywide election. The districts are mirrored on the county School Board.

After the 2011 redistricting, the county had an estimated 402,000 residents. Each district had about 57,000 constituents, according to data presented to the board in January. The Brentsville District, which covers the southwestern part of the county, had the largest population with 60,162.

Neabsco, in the east-central part of the county, was the smallest at 54,920.

Although U.S. Census data is not yet complete, based on November estimates, the county’s population had grown to more than 471,000 residents. The districts had grown to an average of 67,000 constituents.

The largest population districts remain on the western end of the county, with Gainesville now leading the way at 72,831. However, the Woodbridge and Potomac districts on the county’s east end grew by roughly the same amount.

The Neabsco district, however, added only about 1,000 residents.

The redistricting criteria discussed last week say the districts will be as equal in population as possible and not vastly deviate in population and that precincts will not be split between districts.

An initial presentation included that the districts should be “politically fair,” but that was removed before last week’s meeting. County staff said it was deleted because the term was vague and could be subjective, but several supervisors said it should be included to send a message to the public.

“It sets a benchmark and holds us accountable,” said Supervisor Yesli Vega, R-Coles.

Democrats currently hold a 5-3 edge on the board, as they won all four eastern districts as well as the chair’s position in the 2019 election.

Some supervisors supported engaging an independent contractor to run the process, while others were wary that such a company might be unfamiliar with the county. Supervisors Pete Candland, R-Gainesville, and Kenny Boddye, D-Occoquan, recommended looking first for local contractors who could help.

Candland also requested additional information on how a contractor would run the process and associated costs.

Supervisor Jeanine Lawson, R-Brentsville, floated the idea of a supervisor from each political party to work on the process as a show of bipartisanship. But Boddye said that could taint the optics.

“I just don’t think that you can ever say that someone is truly unbiased when they are drawing their own districts,” he said. “The farther the process is away from us as the actual legislators that are looking to draw these districts, the better.”

The county could be on a tight timetable to draw maps. The board is required to adopt its districts by December, but Census data may not be available to states until Sept. 30.  The next board of supervisors election is not until 2023.

County staff plan to bring more information to the board at a future meeting.

Meanwhile, redistricting of Virginia’s 100 House of Delegates seats, 40 state Senate seats and 11 congressional seats will also begin once Census data is complete.  That process is being conducted by a bipartisan redistricting commission created after passage last fall of a constitutional amendment.   The statewide redistricting is not expected to be completed before this fall’s House of Delegates elections.

Seeing what this HORRIBLE BOCS has done so far in providing real pain to the taxpayer with ridi g roughshod over the voter (for now), the plan they pass will grotesquely favor the Socialists and try to kill off the Conservatives.

This now failed county is racing towards a sea of rooftops, miles of fresh pavement, new schools, more cops and firemen but the taxpayers will flea and you all can enjoy being havi g a couple types that looks like the collapsed Rte 1.

This klan has done more hurt in a short amount of time then I thought possible.

Now they raise the taxes via the backdoor.

Democrats wouldn't tolerate it, but it would be interesting to see what percentage of the population in each district is in the country legally. Even if these law breakers don't vote (which is a big if since there's really no one checking in Virginia) they give their districts more government representation than they should have. At least the numbers will be based on the 2020 Census, which is before the current border crisis migration created by President Biden, or more accurately his handlers. And it will not include the record numbers of children President Biden is holding in the cages that he and President Obama invested in during the early 2010s. BTW, invest in cages as demand is bound to continue spiraling out of control.

While we are at it, let's reexamine counting prison populations toward the apportionment of representatives as well. I mean, prisons are usually located on sparsely populated, rural, white areas- lending to a false amount of representation on the national level.

But you can go ahead and keep contributing to the American decline with your tired and old arguments.

Hey atleast you agree America is in decline. We should start there and build a long lasting friendship. It will continue to go down as the dems longterm plan of controlling California is being used on the rest of the country.

Stop watching QNN. Are you part of the on going QNN false flag that unarmed conservatives taking selfies and waving scary flags will overthrow the government giving nanny Pelosi a reason to keep barbed wire and the national guard at the capitol?

The dems are always 2 steps ahead of the feckless repubs. Change the voting laws so that what was once fraud is no longer! Then all the QNC drones can say it ain't so! But the majority conservative Supreme Court (oh no its the end of the world) was too scared to even see the case as their hate trumps the constitution.