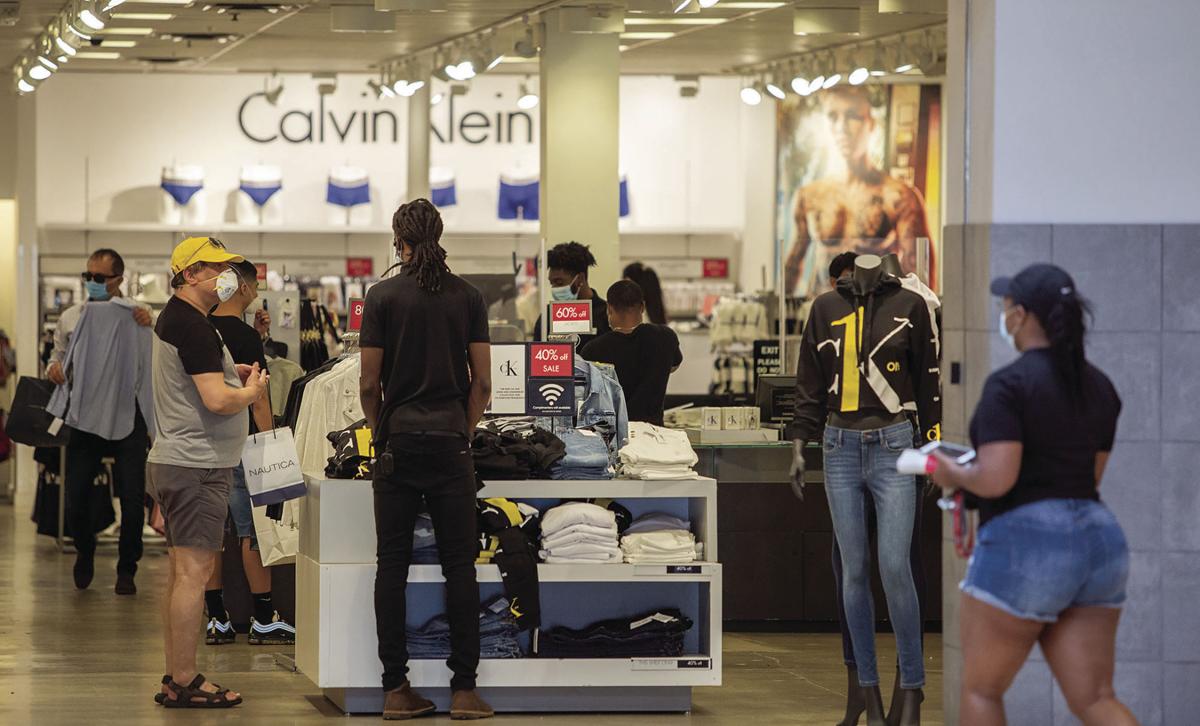 Retail shopping was light at Potomac Mills in Woodbridge on a Saturday over the summer. 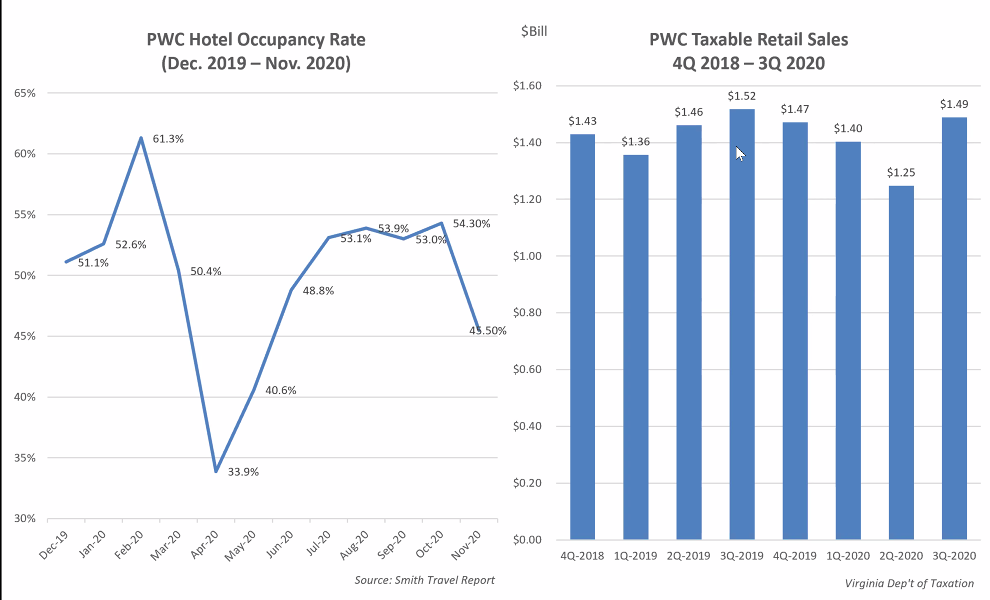 “While it’s not great, we’re still kind of holding our own,” Winn said during the chamber’s annual economic development forum.

The county’s hotel occupancy rate fell to 33% last April, but rebounded to over 50% for several months last fall. Winn noted that the county benefits from tourists looking for destinations outside of congested cities and that Prince William can offer parks, trails and other outdoor activities.

Taxable retail sales in the county fell by about 14% in the second quarter of 2020, compared with 2019, but were down only 2% in the third quarter, according to data Winn presented to the chamber.

“The retail market is going to go through a lot of change in terms of innovation in how we shop and how we actually gather,” she added. “Retailers are innovative in terms of how they’re offering their product.”

The county’s vacancy rate for retail rental space increased just 0.4% in the third quarter of 2020, compared with 2019, and average rental rates actually increased.

More importantly, Winn noted, the county seems likely to benefit from a trend toward telecommuting and companies having fewer, smaller offices instead of one big office inside the Beltway.

“As their leases are expiring many of these businesses are thinking, ‘Do I really need that much space?’” she added. “Maybe they have a small headquarters office inside the Beltway and then I’m going to have more of a collaboration office space out in the suburbs where my employees actually live.”

The vacancy rate for office space in the county did increase 0.8% in the third quarter of 2020 but is only 7.8% overall. “I would hope we could see that market grow in Prince William,” Winn said.

The vacancy rate for industrial space actually declined about 1.6% in the third quarter. Part of that is due to the growth in distribution centers, which have expanded during the pandemic.

“That’s really quite impressive in terms of how much these data centers are continuing to turn out in new tax revenue,” she added.

The new projects added over 1,500 jobs to the county. “I don’t believe that people need to be commuting,” Winn said. “I want people to have a better quality of life.”

Patrick Small, economic development director for the city of Manassas, also spoke during the forum. Small noted that the city’s diversity has helped it survive the pandemic. “We are fortunate to have a high-tech, high-wage economic base in the city,” he said.

For the first time in two months, Virginia has reported three consecutive days with fewer than 3,000 new COVID-19 cases each, and the Northern…

I was glad to see our county economic development director, Christina Winn, acknowledge the important role our county parks, trails and other outdoor recreational opportunities play in inviting tourists and regional residents to our county. Prince William County is unique in that it has retained some of its natural outdoor beauty by way of the Rural Crescent and other preserved locations. Doves Landing and the historic Brentsville District are a couple that come to mind. There are many agribusinesses to include equestrian activities that still exist in our county unlike Fairfax County. The pandemic has encouraged people to look for destinations "outside of congested cities." We need to insure that our elected officials keep that in mind as some of them seemingly launch a campaign in the name of equity to pave over what is left of the less than 20% undeveloped Rural Crescent. Unless the county raises taxes to fund road improvement and add water and sewer, I suspect the majority of county residents are not going to support paving over what is left with more data centers, distribution centers, asphalt plants and high density housing. I still don't understand how the board voted in favor of luxury housing in the Rural Crescent, that is, The Preserve at Long Branch, with all of their talk of equity in housing. Oh, but there is a park with a single trail and some semblance of a boat launch supposedly open to the public but mostly accessible from private residences to be built at The Preserve at Long Branch. I wonder how residents of the county feel about the possibility of building a data center, outside of the current data center overlay, on forested land adjacent to the National Forest, and in the Rural Crescent? Residents and the county staff seem to be on a different page from that of some of the supervisors and the Chair of the BOCS who would sacrifice those qualities and opportunities in the county touted by our economic development director. Are we going to allow Prince William County to become another "congested urban" area which residents want to escape to enjoy the great outdoors, or do we want to be the destination for those residing outside the county because we like where we live, work and play?

Find Out If You’re a Witch or Civilian Ahead of ‘Motherland: Fort Salem’ Season 2

Mike Colter on ‘Evil’s Move to Paramount+: ‘We Were a Streaming Show Posing as a Network Show’