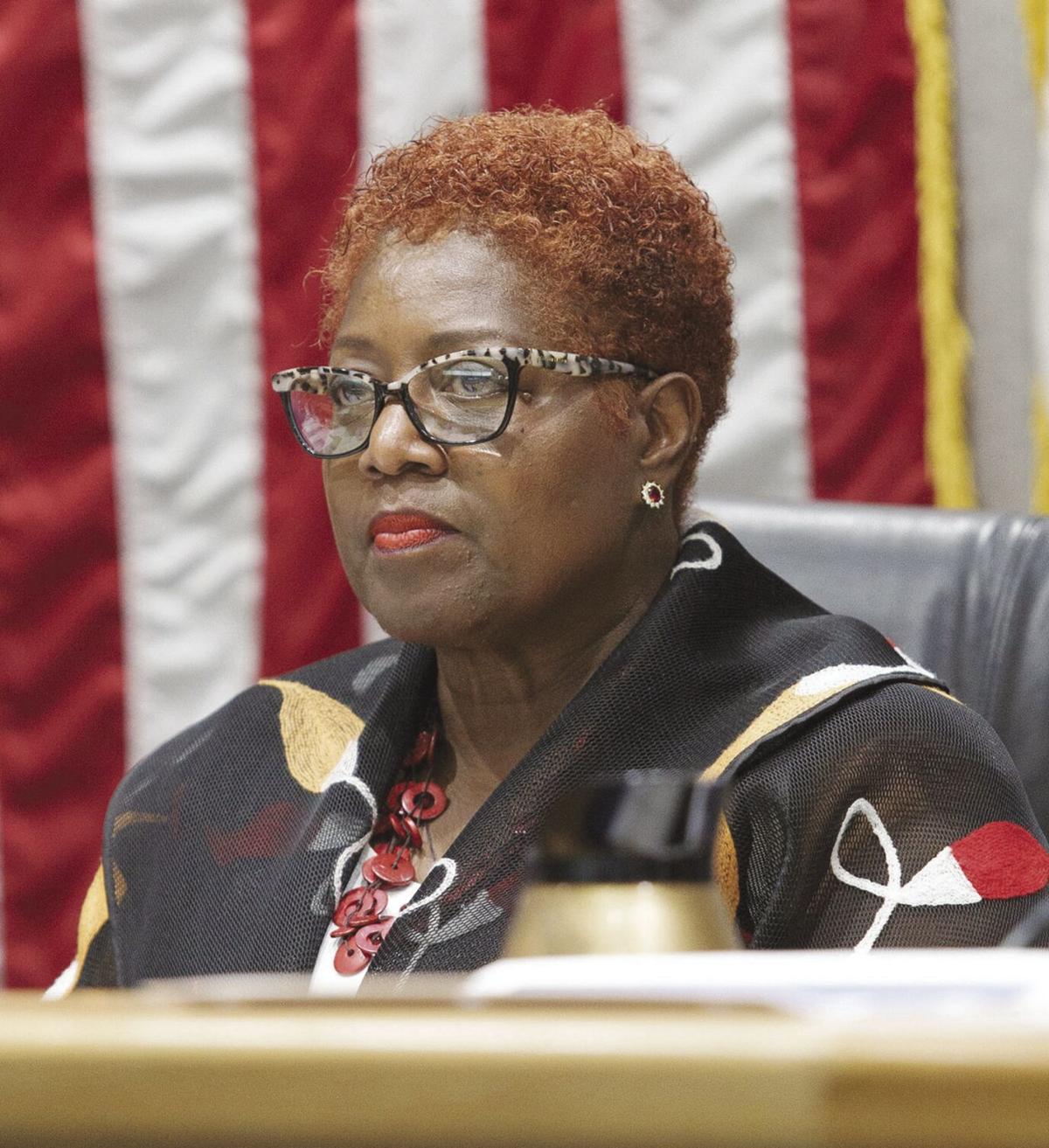 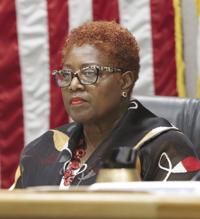 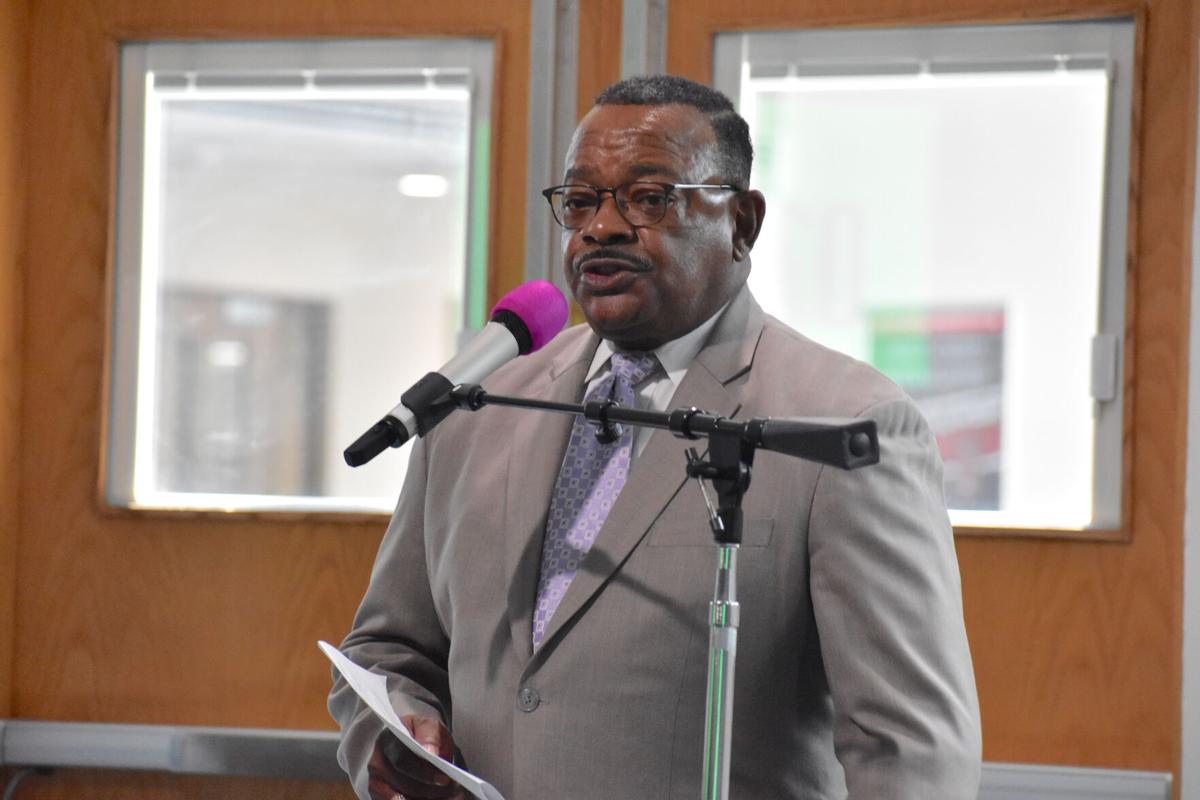 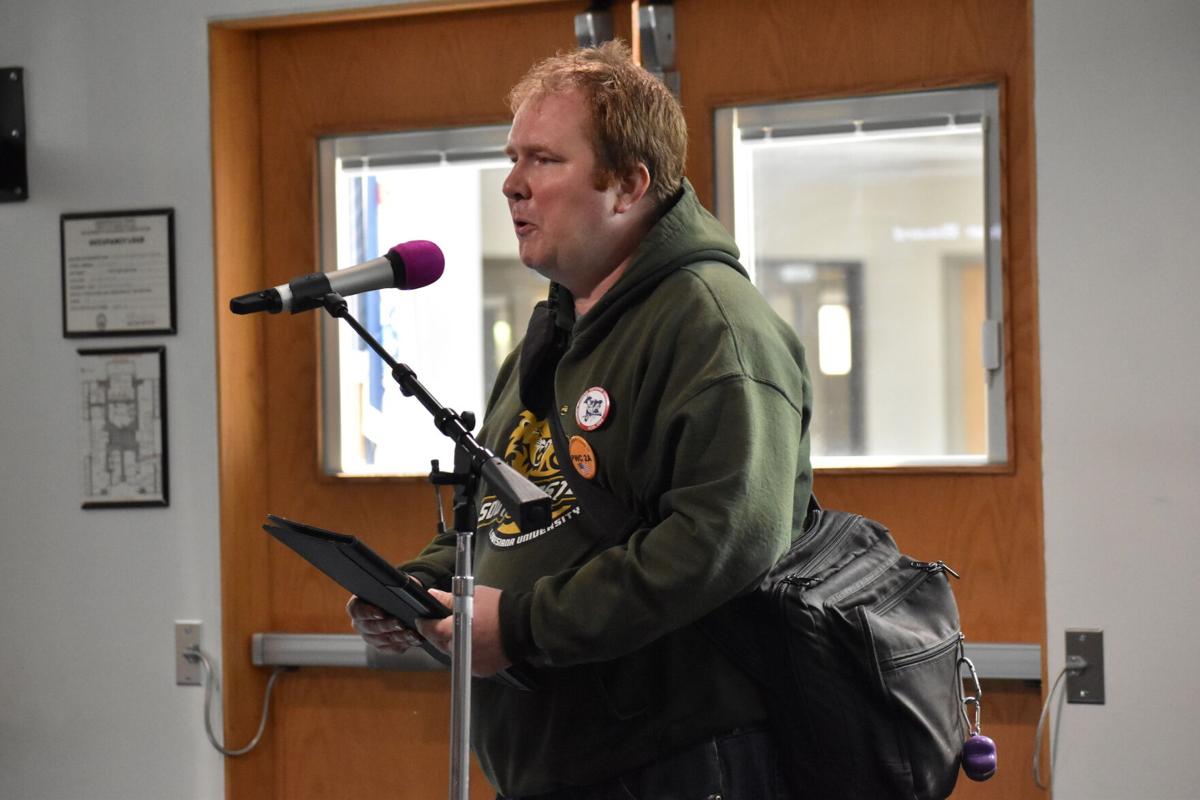 Prince William County Police Chief Peter Newsham is defending his decision to investigate a critical email sent to the Board of County Supervisors.

Meanwhile, Potomac Supervisor Andrea Bailey said she was “astounded” by attacks on her role in the situation.  Her comments came during the board’s meeting Tuesday as several residents blasted the board and Newsham was grilled by Republican supervisors about the situation.

Last month, county resident Bob Hand sent an email to the board with the subject line “Government Target.” The email was sent to all eight supervisors.

The email is critical of Bailey and Democratic Chair Ann Wheeler and references claims by local resident and frequent board critic Alan Gloss, who says he has been targeted by the two for his critiques of Democrats, who hold a 5-3 majority on the board.

Bailey forwarded the email to her husband, the Rev. Cozy Bailey, who then sent it to Newsham for the chief’s “situational awareness.”

During the meeting, Cozy Bailey defended his decision to send the email to Newsham.

“I made a complaint to our great and wonderful police department when I felt an implied threat had been transmitted to my spouse,” he said. “I’m not going to take what I consider a threat; I’m not going to ignore that and cower away from that. I will not tolerate even the impression of a physical threat on me and my family.”

A police sergeant visited Hand, saying that Hand did nothing wrong but that he wanted to speak with him. A follow-up email from the officer to Hand included links to sections of Virginia code regarding computer harassment and threats.

Republicans and critics said they were concerned the police were being politicized to suppress speech and that Newsham either abused his power or was pressured by the Baileys into sending an officer to Hand’s house.

“There’s been a lot of communication over this issue. There’s been allegations that this has been done by the police department for political purposes,” Newsham said. “Nothing could be further from the truth.”

The longest exchange Tuesday came between Newsham and Gainesville District Supervisor Pete Candland, who reviewed the sequence of events in detail to determine why an officer was sent to Hand’s house.

“I’m here to make sure you’re not abusing your power as chief of police,” Candland said.

Candland asked Newsham several times what in the email was threatening. Newsham said the subject line falls into a gray area where it could be interpreted as threatening.

“Are you saying if stuff falls in the gray area you don’t want us to follow up?” Newsham said. “I believed there was concerning language in the email that required followup.”

Newsham and Candland became testy with each other before Wheeler intervened and urged decorum.

“I am disappointed in the confrontational nature you’ve shown here today,” Candland said. “It definitely seems like you’re trying to double down on this. I appreciate that. You feel like you were in the right and I appreciate your comments.”

Brentsville District Supervisor Jeanine Lawson said she has received a death threat, and it would be clearly distinguishable from a routinely critical email. She implied that the Baileys pushed Newsham to take action.

“It’s important that everybody knows that Supervisor Bailey has a pattern in doing this,” she said. “Does Mr. Hand sometimes use rhetoric that is bothersome to me? Yeah, I think so. But that’s his First Amendment right.”

Newsham said he was not influenced by anyone and did not abuse his authority.

“Certainly we didn’t think it would be this much of a stir about this particular incident,” he said. “It’s hard to pressure me into doing something like that. I felt it was the right thing to do.”

“You’re wrong, you’re caught and you’re pretending to be stupid,” Hand said. “You want decorum? Show us that you’re worth it. … You were never under threat.”

Andrea Bailey thanked Hand for speaking at meetings and for routinely reaching out to her but said she was “astounded” that her colleagues attacked her for the situation.

“I offer you the opportunity to talk, not attack, because I think when you do that you break down the fiber of what makes Prince William County great,” she said, then referring to Lawson. “Women in this country have a hard time leading so we don’t need to take the opportunity to tear each other down as we are leading.”

The board did not take any formal action on the situation.

No rational person could read that email as constituting a "threat" of any kind. Indeed, it responded to the threat implied by Chairman Ann Wheeler's exchange with Supervisor Andrea Bailey.

His remarks when set against the facts and content of the email in question indicate that the Rev. Cozy Bailey is either stupid or a liar.

I've never had any cause to believe that he's stupid.

The corruption of this Board makes me long for the relatively innocent days of the PWC "White Diamonds" scandal.

Having said that, this is far from the first time that the PWC Police Dept has been politicized, either along party lines, or family lines. Charlie Dean was famous if not infamous for running "his" town as the Boss Hog of his day. He even managed to hold a part time job as Ambassador to El Salvador, and created his own rules for the County.

The takeover of both the County Board of Supervisors and the School Board by newcomers to the county who recognized that the apathy of the "citizenry" would allow them to cling to the first rung of their political careers. And this is what we got - the government we deserve.

No reasonable person would consider an email with the subject "Government Target" to be a threat. You have to have a very big chip on your shoulder to think that way. Supervisor Andrea Bailey and her husband Rev. Cozy Bailey need to stand down and chill out. Act like adults and at least listen to the people who disagree with you. Even the people you hate. Chief Newsham needs to be ashamed of himself for considering the email to be in a gray area of being threatening. That is idiotic!

Is "Bob Hand" the same dude as "Bob Oso Hand," who I see posting insane comments on Carol Foy's facebook page, the PW police page, etc.? Because that guy is nuttier than squirrel poop, and probably needs one of those involuntary mental holds. Dude is off his rocker.

Please please please try to enact one of those and see what happens. Thank you for displaying your Internet psychology degree. Make sure to flush.

On the other hand, you're more than welcome to actually have a discussion...

In other words, all political theater and no accountability.

Cozy is another 'fake' rev. like Al Sharpton. He just uses that title to peddle his fake racism to get what he wants. His wife looks like quite the loser as well. The current chief was likely picked because of his experience playing the role of the self loathing white guy in DC. He has a lot of experience at that. They're all pathetic.

If you are unhappy with the PWC government and the lawlessness that is occurring, you have only yourselves to blame, as you keep voting for the Dems. You can see this happening all over the country. If you want real change, and an improvement, vote GOP next time, and all the time!

Sorry sir or maam, but this type of thinking is idiotic and just plain old stupid!!! Government disagreements and crime can't be blamed on one party or the other. People on both sides make choices that impact us all and we all have to understand this regardless whose in office and respect it. As long as we keep point fingers and shifting the blame, the longer it is going to take for our Communities, local government, state, country and world to get it together!!! It's not about Reps and Dems but love, dignity, honor, respect, integrity, fairness, compassion and at times compromise!!! Come on man wake up its 2021!!!!