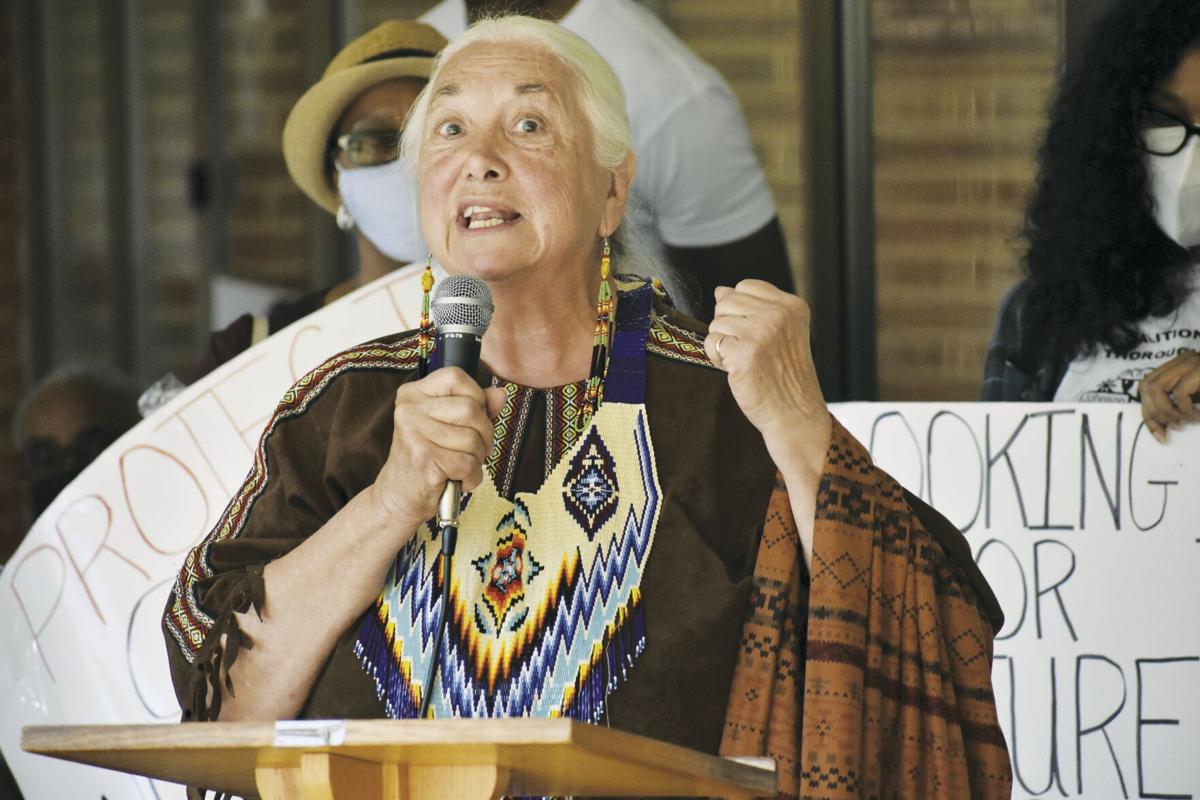 Shelia Hansen, a descendant of Shawnee Native Americans, speaks during a May news conference about the state of cemeteries in the Thoroughfare community of western Prince William. 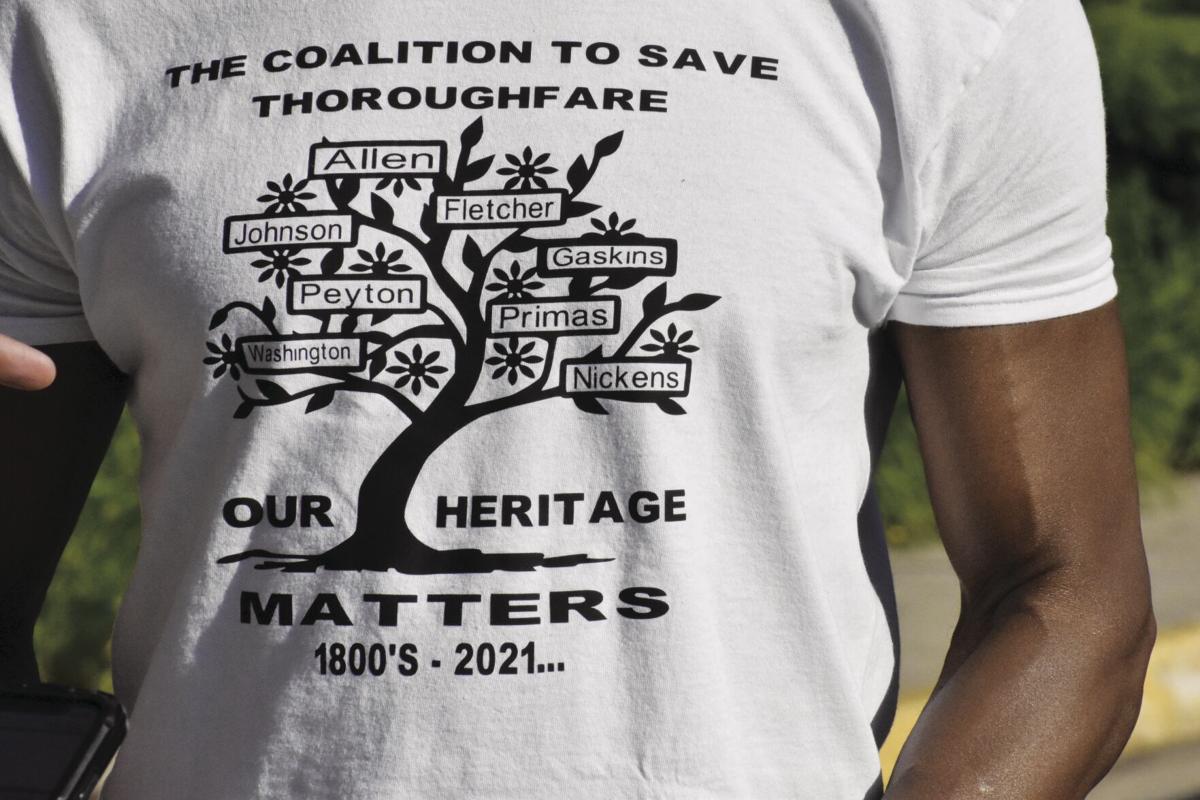 Members of The Coalition To Save Thoroughfare wear shirts during a news conference showing the names of families buried in cemeteries in the Thoroughfare community.

The Prince William Board of County Supervisors appears ready to spend over $750,000 as quickly as possible to better identify, mark and preserve historic Black and Native American cemeteries, a response to the outcry over the clearing of a graveyard in the Thoroughfare community in Broad Run.

Final approval of the appropriation will have to wait until the board’s next meeting, in June. The first round of funding is only part of a package of initiatives for which county staff will seek support in future budgets to address the cemetery issue, Director of Public Works Tom Smith said as he provided a full accounting of the dispute at Tuesday’s meeting.

The proposals from county staff include:

All told, the package would cost the county an estimated $3.6 million in one-time funds and $740,000 annually. The bulk of that money would be spent in future years.

Ultimately, the board could vote to add visuals, stories and more from both communities to a virtual portion of the county’s African American History Trail.

“This is an opportunity to really expand that and make it something more than just a marker on the side of the road,” said Seth Hendler-Voss, the county’s director of parks, recreation and tourism.

Speaking before the late-night presentation to the board, Dulaney Washington, a leader of The Coalition to Save Historic Thoroughfare, told InsideNoVa the package being presented was a good first step and could make an important difference in telling Black and Native American stories in the county. He added, though, his group is calling for the county to step in to ensure that none of the Thoroughfare cemeteries could be similarly cleared.

In a fact-finding presentation requested by the board, Smith said that was no longer at risk of happening. Owners of adjacent properties that contain two of the three cemeteries would be notified that any clearing or landwork at the graveyard sites was illegal.

He also said the owners of The Farm Brewery at Broad Run did not know the land included a cemetery when they began clearing it earlier this year to plant sunflowers and corn, but the county did cite the owners for not obtaining a permit before beginning the work.

“We know that the surface has been disturbed … we don’t know how deep. There’s been no excavation where someone’s dug a hole,” Smith said.

The property was first owned by James Scott, who died without a will in 1970. Tax payments on the land stopped in 1994, and last year the county brought it to auction after an extensive search and notification process of descendants.

But while the area was listed on the county’s cemetery survey, no indication of the Scott Cemetery was included in the sale. Smith said that in the future, county staff would make sure that cemeteries are noted in auctions, though avoiding the issue in private sales could prove more difficult. As a fix, staff requested money to set up a fund for all private cemeteries and to better inform property owners who might unknowingly own them.

At the Scott Cemetery, Smith said, “[The survey] estimated that there were approximately 75 to 100 burials, and the burials were generally unmarked except with maybe some fieldstones.… There were no inscribed stones.”

County staff said Bill and Michelle Dewitt, owners of the brewery, have promised to return the cemetery to the state it was before their work, and Hendler-Voss said work to fence the cemetery by the county could be done by late this year. The county is also working to find a solution for a gate the DeWitts erected on the small access road families had previously used to visit the three small cemeteries.

Washington said he hoped the owners would cooperate in good faith. Before the board meeting, the coalition held a news conference to try to keep pressure on them to do so.

“Obviously we know we have to keep pushing this thing, it’s not going to be an overnight thing that’s going to happen. But the immediate things that need to happen need to be addressed right away. They just have to,” Washington told InsideNoVa.

On Tuesday, every board member reaffirmed a desire for the county to avoid similar problems. Gainesville District Supervisor Pete Candland, who has led the charge on behalf of the coalition on the board, said the board should consider creating an historic zoning overlay district for the Thoroughfare, although exactly what restrictions that would create would need to be defined.

“There needs to be some commitment for us that we want to try to do whatever we can to protect this community,” Candland said.