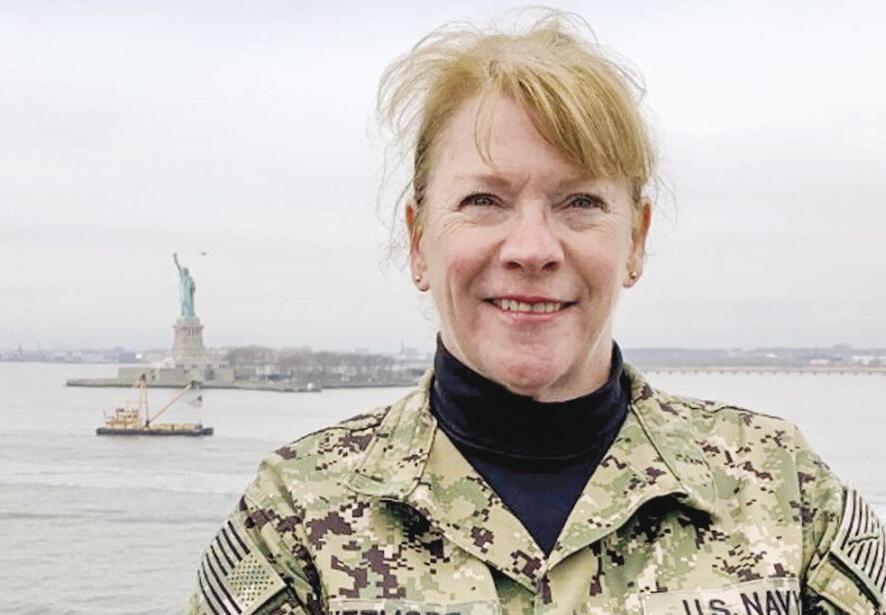 Commander Maryellen Wetmore from Occoquan steams past the Statue of Liberty on board the USNS Comfort in March 2020. 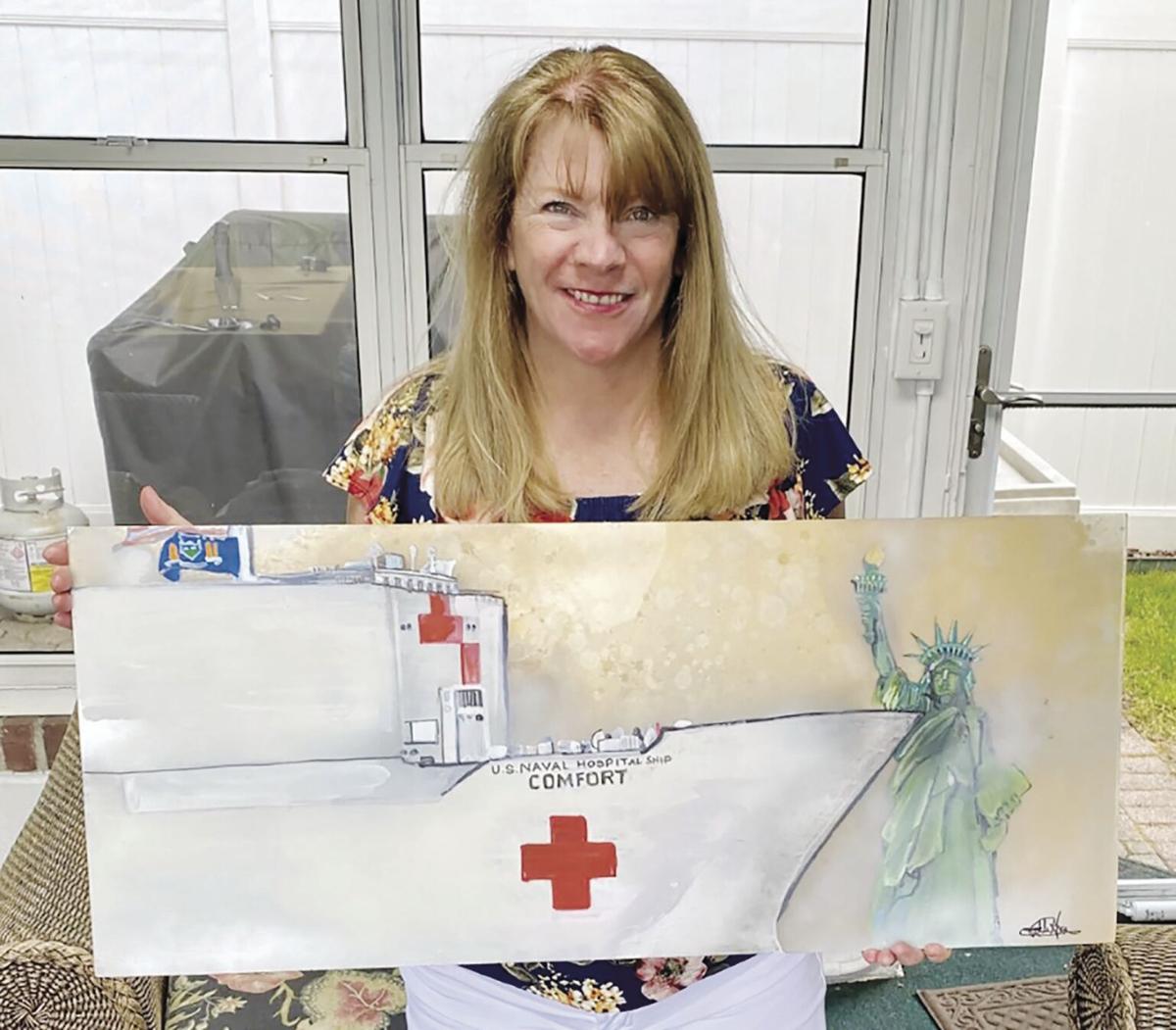 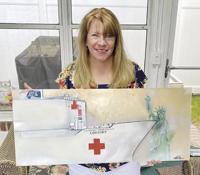 Occoquan resident Maryellen Wetmore's family gave her a painting of the hospital ship USNS Comfort sailing past the Statue of Liberty to mark her service on the ship helping to treat COVID patients in New York last year.

Commander Maryellen Wetmore from Occoquan steams past the Statue of Liberty on board the USNS Comfort in March 2020.

Occoquan resident Maryellen Wetmore's family gave her a painting of the hospital ship USNS Comfort sailing past the Statue of Liberty to mark her service on the ship helping to treat COVID patients in New York last year.

Navy Commander Maryellen Wetmore has spent her career in nursing, and after years of being stationed around ships, she had vowed that she wasn’t going to retire from the Navy Reserves until she’d been to sea.

In spring 2020, the Occoquan resident finally got her chance when the hospital ship USNS Comfort was dispatched to help with the surge of COVID-19 patients in New York City.

“I got the call to see if I’d be willing to be on the crew, and I couldn’t raise my hand high enough,” she said with a chuckle.

“I went, and it was a great experience,” Wetmore said. “It was something we’re not used to – the Comfort’s normally been going out on humanitarian missions, but this was something unique.”

The ship left from Portsmouth and reached New York in a matter of days. The initial plan was for the ship to treat non-COVID patients, allowing the city’s hospitals to focus on critically ill COVID patients.

“Lo and behold, that wasn’t the case,” Wetmore recalled. After the ship began accepting COVID patients, administrative personnel were allowed to stay on the ship, but the doctors, nurses and others actually treating patients had to stay in local hotels.

Hotel life was strictly do-it-yourself, she said. She picked up her linens and took out the garbage, and dinner was a boxed meal in her room. Wetmore said the shift work was hard, and the intensive care nurses were particularly busy, because the Comfort is not really equipped for a large number of ICU patients.

“We showed them that, as a Reserve force, we are ready for the call, which is fantastic. It was great to see the camaraderie, and we all looked out for each other,” Wetmore said. “It was a great experience.”

After being in New York a few weeks, by mid-April the hospital ship was no longer needed. In that short time, she said the trip treated nearly 200 patients, many needing critical care.

“My first patient discharge asked me, ‘Can I get a hat?’ I knew that the ship’s store had run out of USNS Comfort hats, because the staff was waiting for more. But they did have admiral hats, so I sent the corpsman to the store to get an admiral’s hat for him. It was great to see the patient’s face light up when I gave it to him,” she said.

“When it came time to leave, and transport the remaining patients to nearby facilities, some of them wanted to ride the ship back with us,” Wetmore said. “I know that we made a difference for people.”

Her love of caring for people brought Wetmore first to work at a doctor’s office and then, at her father’s urging, to attend nursing school. Wetmore said she passed her nursing board exams on the first try.

“What I like about Navy nursing is that you get to experience a wide variety of care – different countries and different missions,” she said. “While on active duty, they’ll train you for the specialty of your interest, such as labor and delivery or critical care. I think it’s harder as a civilian nurse to transfer to a different specialty.

Paul Wetmore said as soon as the couple met at the Chicago Naval Station, “we clicked.”

He added that “Maryellen is probably the most fun, high-energy, high-speed person I’ve ever met. We have the same interests, we’re the same age, and she loves to go out and go to auctions and garage sales, and she has got an eye for what antiques we need at our store. She is the backstage backbone of this enterprise.”

After 30 years and her trip at sea, Maryellen was ready to retire in December, but then the Navy captain’s list was announced in July, and she was on it. She has decided to accept the promotion and will spend another couple of years as a Navy nurse before joining Paul at the store full time.

Irina Shayk: My daughter is terrified of paparazzi

Kristen Bell: My daughters don't care about my career