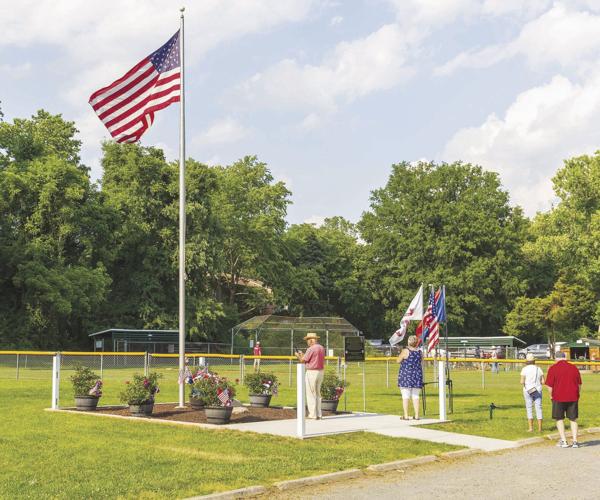 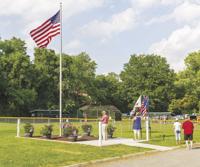 A temporary monument to six Fort Belvoir Soldiers stands at Howrey Field in Annandale after a 1967 construction accident electrocuted all six wile they were erecting a flagpole at the community ball fields. 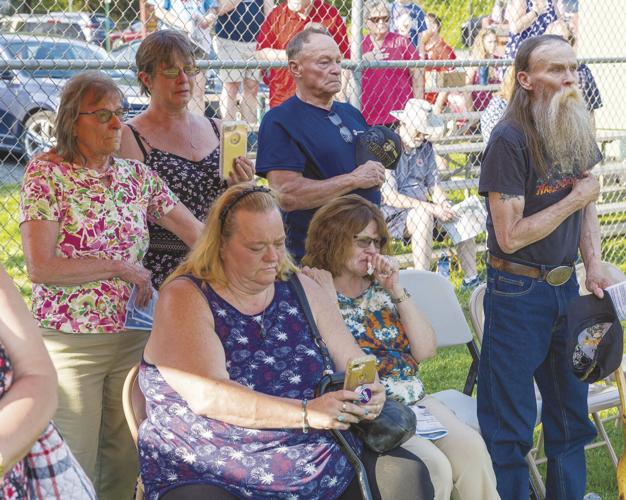 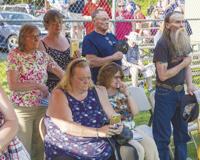 Siblings of Anthony Evans attend a ceremony at Howrey Field in Annandale. Evans was a U.S. Army private who was one of six Fort Belvoir soldiers electrocuted in 1967.

They were all electrocuted when the flagpole they were erecting contacted a power line while they struggled to keep it upright in the wind.

Five siblings of Anthony Evans traveled from Illinois and Pennsylvania to attend the dedication of the new memorial.

Each field is now named after the soldiers, and the event was conducted by the Friends of Soldiers Memorial Fields at Howrey Park.

In 1967, Fort Belvoir was a bustling post, training Army engineers for the Vietnam War. In s…