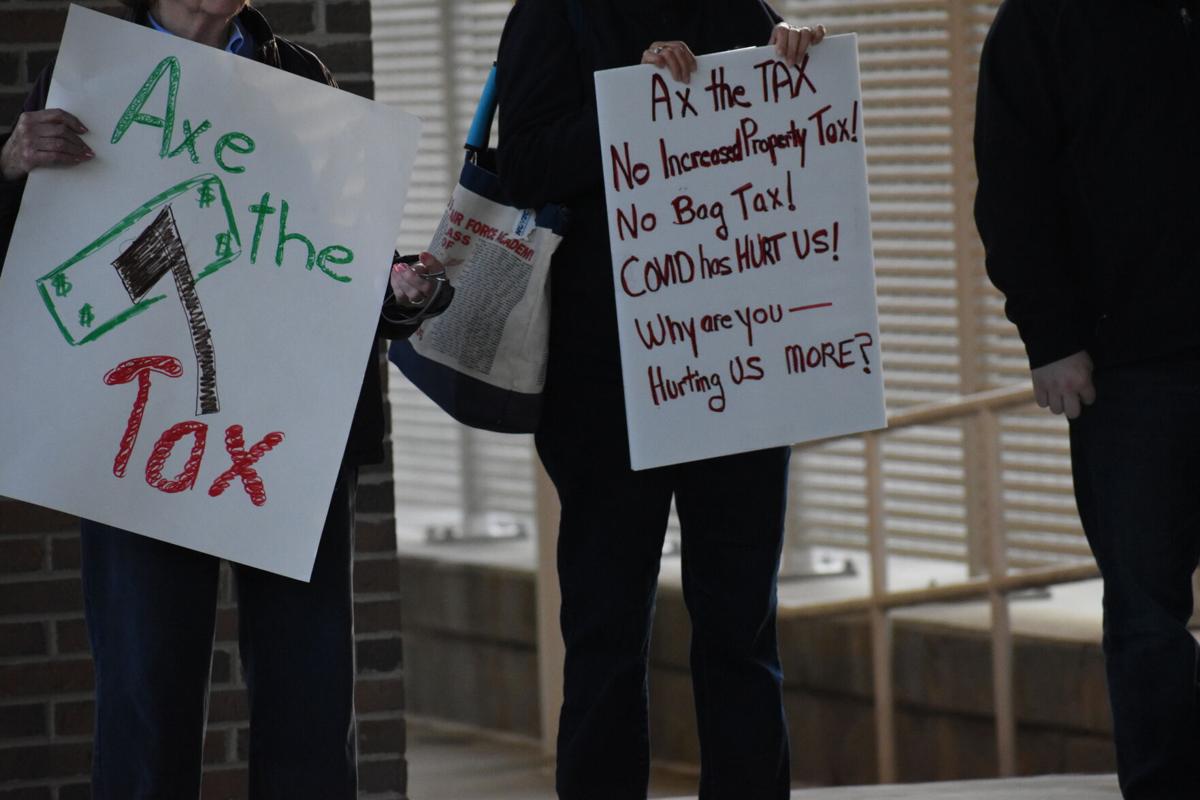 Republicans held an "Axe the Tax" rally outside the Prince William Board of County Supervisors meeting Tuesday, April 13, 2021. 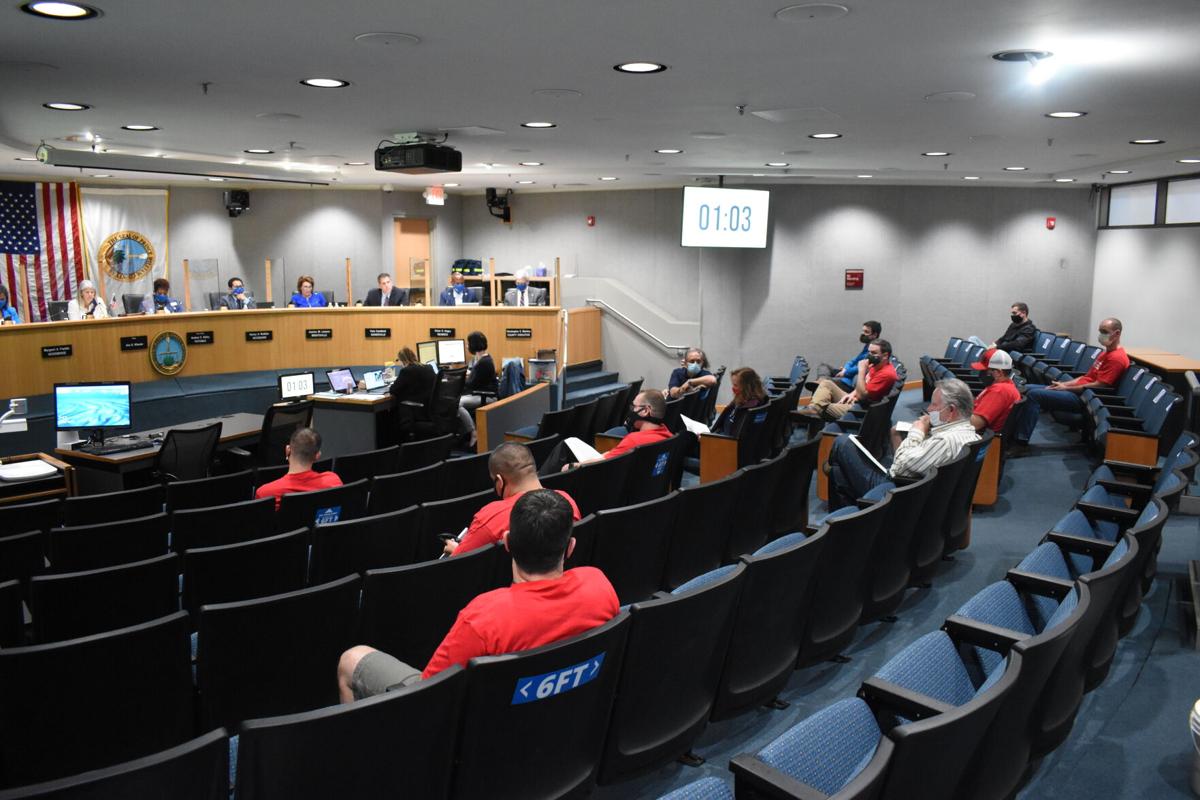 Firefighters dressed in red at the Prince William Board of County Supervisors meeting on April 13, 2021. 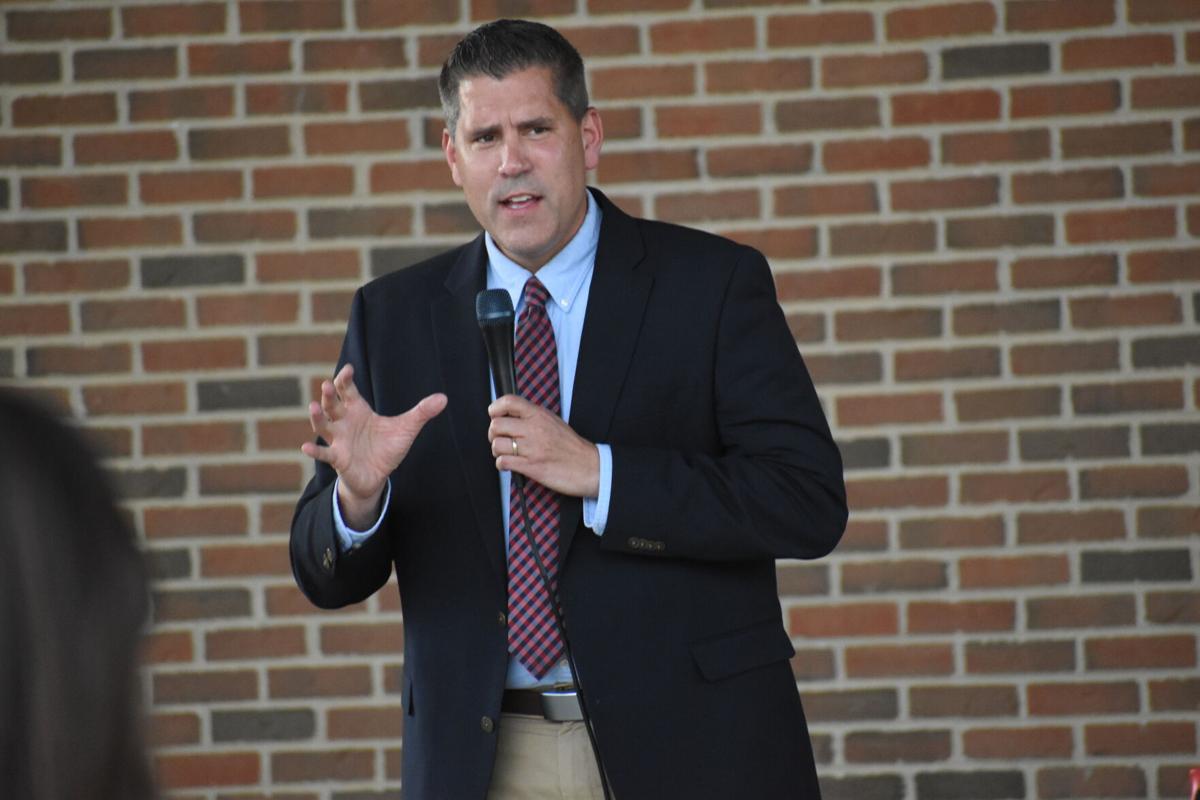 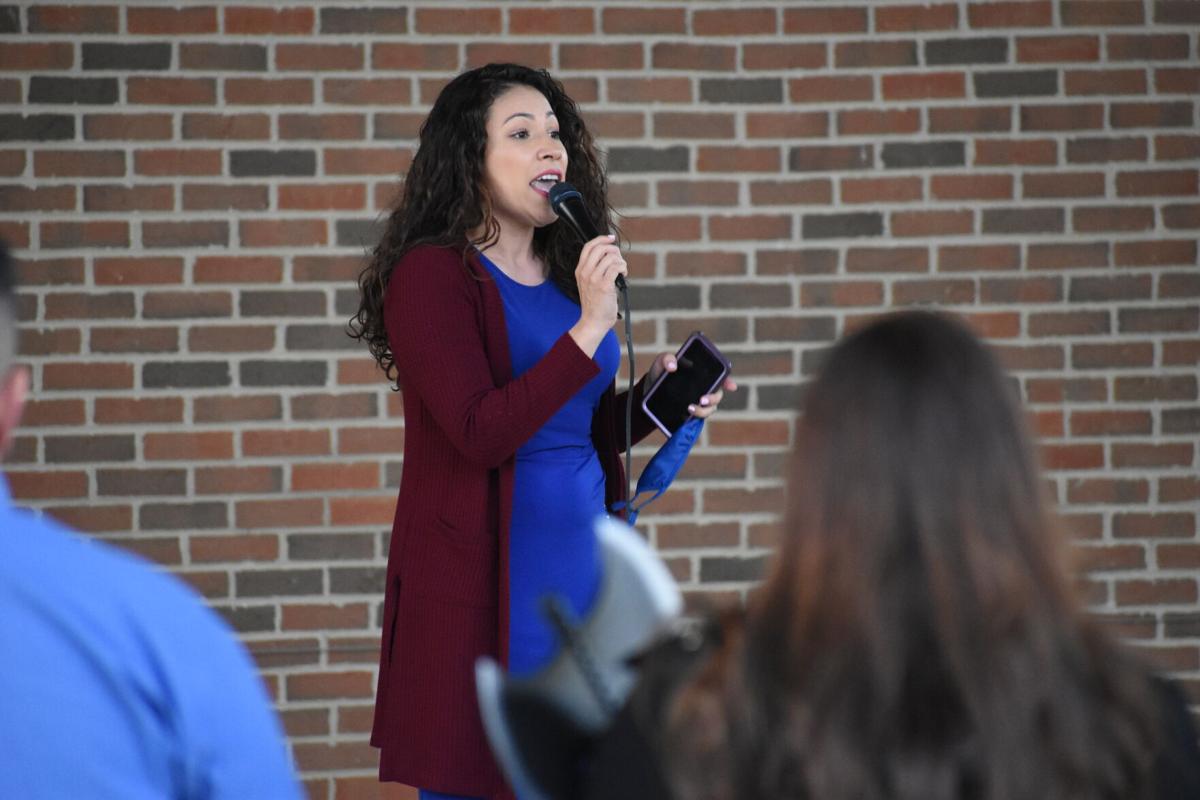 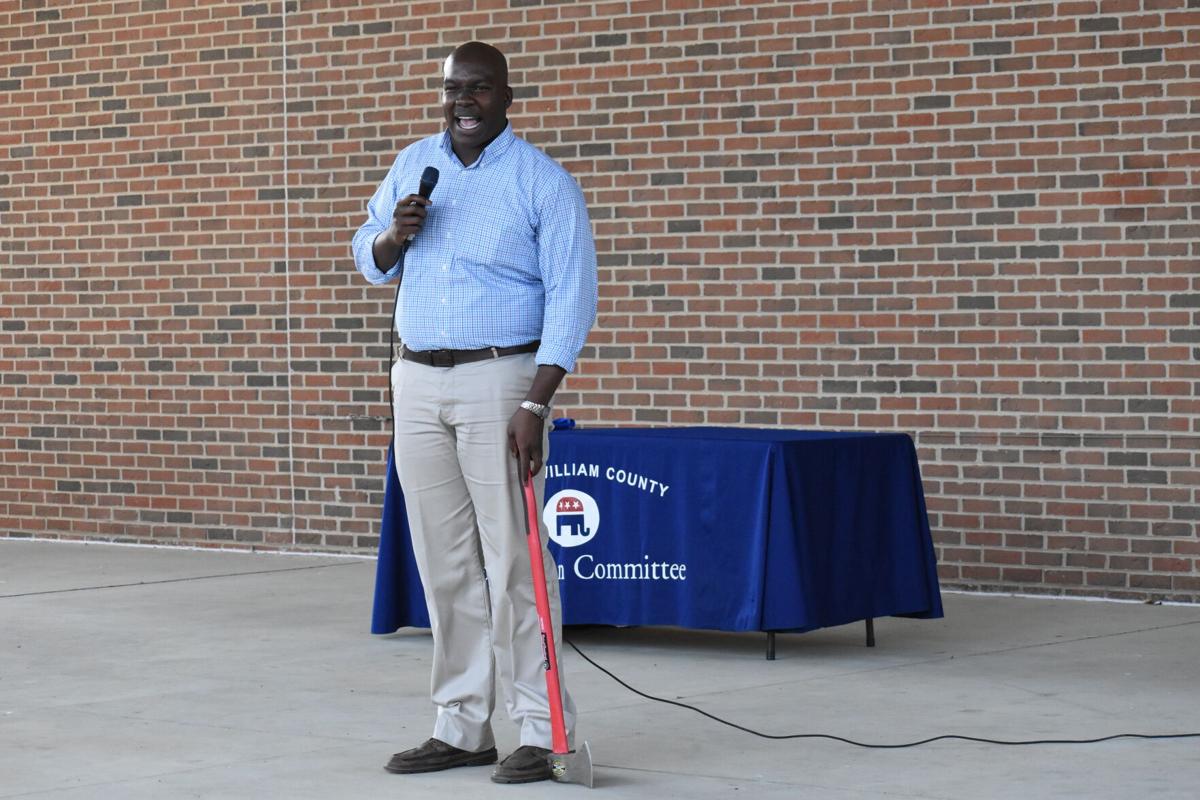 Republicans held an "Axe the Tax" rally outside the Prince William Board of County Supervisors meeting Tuesday, April 13, 2021.

Prince William County residents have a lot of thoughts, and they’re not shy about sharing them.

During a meeting Tuesday, 38 people spoke at a hearing before the Board of County Supervisors on the proposed budget and tax rates for fiscal 2022, which starts July 1.

County Executive Chris Martino has proposed a $1.35 billion spending plan, an increase of 5.4%, or $69.6 million, over the current year’s budget. The proposal comes with a $1.02 billion six-year Capital Improvement Program, with $224.8 million designated for the upcoming fiscal year.

Of the speakers, 11 were in favor of the spending plan, 15 opposed it and 12 asked for a variety of changes.

The budget includes a 25-cent increase in the business tangible computer and peripheral tax, to $1.60 per $100 of value. The levy primarily applies to data centers.

Josh Levi, president of the Data Center Coalition, and Ross Snare, chief operating officer of the Prince William Chamber of Commerce, said the proposed increases in the taxes for data centers were coming quicker than originally planned and would create uncertainty in the market and hurt the county’s ability to attract the centers.

The personal property tax, which primarily applies to vehicles, is proposed to remain at $3.70 per $100 of value.

Some highlighted initiatives in the budget are $9.9 million toward employees, primarily to provide a 3% performance-based pay raise and cover additional health care costs.

Before the hearings, Martino updated some changes to the proposal since it was first introduced as staff finalized numbers, found some savings and adjusted revenues. Among the revisions was $952,000 to increase positions in the Commonwealth’s Attorney’s office and to create an environmental sustainability program.

Martino’s original budget included funding for two additional staffers in the commonwealth’s attorney’s office and a pledge to add two more each year for the next five years.

Judges, court clerks, public defenders and prosecutors came out at a March meeting to advocate for more positions to keep up with an increase in caseloads. The revised budget now funds seven positions in fiscal 2022 and a total of 24 positions through fiscal 2024.

Martino said Ashworth had agreed to phase in positions, and the new proposal would ensure domestic violence and drunken driving cases are prosecuted.

The sustainability program will help the county tackle its climate change goals.

In November, the board adopted the Metropolitan Washington Council of Governments’ interim climate mitigation goals, joining other Northern Virginia jurisdictions in aiming for a 50% reduction in greenhouse gas emissions by 2030 and 100% renewable electricity by the same year.

In the capital budget, much of the funding for fiscal 2022 is to start design on projects that will be completed in later years.  For example, the proposals include $1.4 million to design a new fire station, probably in the Potomac District in the Prince William County Parkway corridor.

More than a dozen firefighters donned red shirts to ask for additional pay increases, saying their salaries were frozen at the start of the COVID-19 pandemic even though they’ve been on the front lines. Two people advocated for similar increases in the police department.

Mitch Nason, president of the Prince William Professional Firefighters Association, supported funding for additional staff, but said the county still has more to do. “There are several years of expansion still needed in order to make Prince William County a safe place.”

Although the hearings did not include a discussed tax on plastic bags, which officials have said could be brought forward at another point this year, several people spoke against such a levy. The Virginia General Assembly approved legislation in 2020 allowing localities to impose a 5-cent tax on disposable plastic bags at grocery, convenience and drug stores, with some exceptions.

Finance Director Michelle Attreed has said revenue from the tax would probably start around $50,000 to $55,000 a year before increasing to about $90,000.

Some people spoke against the $3.6 million to mitigate costs of renaming U.S. 1 as Richmond Highway. The board voted last year to remove the name of Jefferson Davis, the president of the Confederacy during the Civil War.

Before the hearings, about 40 people attended an “Axe the Tax” rally outside the building organized by county Republicans. Republican Supervisors Jeanine Lawson, Pete Candland and Yesli Vega attended the rally during the board’s recess, although not all were present at once to ensure compliance with Virginia Freedom of Information Act rules on public meetings.

Candland railed against the tax increases, saying “no matter what they ask for, it’s never enough” and county spending is at “unprecedented levels.” Lawson said “it doesn’t end” with tax increases, and Vega said, “It’s always easy to propose something when it’s not your money.”

The board is expected to adopt the budget April 27.

Bebe Rexha: I'm my own cheerleader