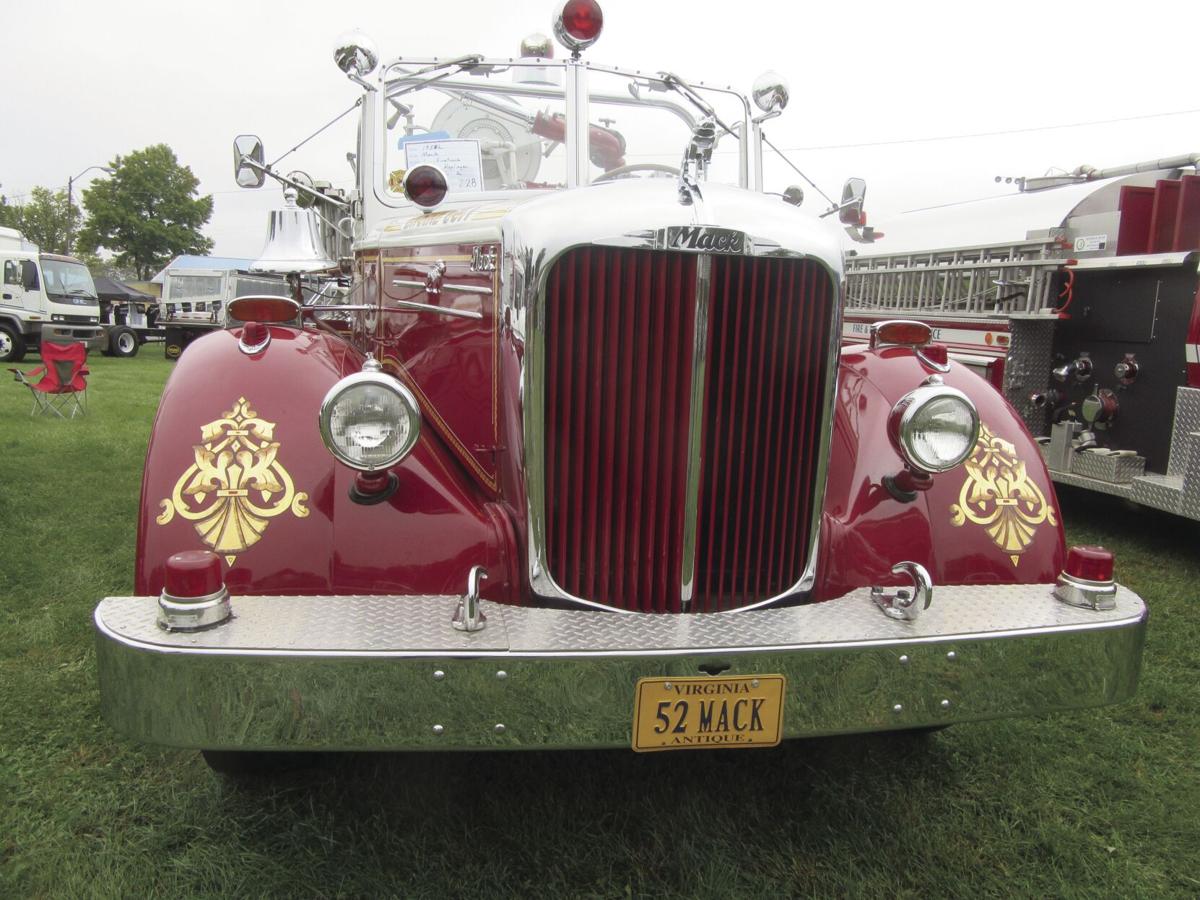 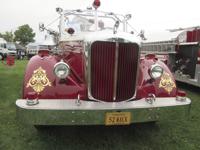 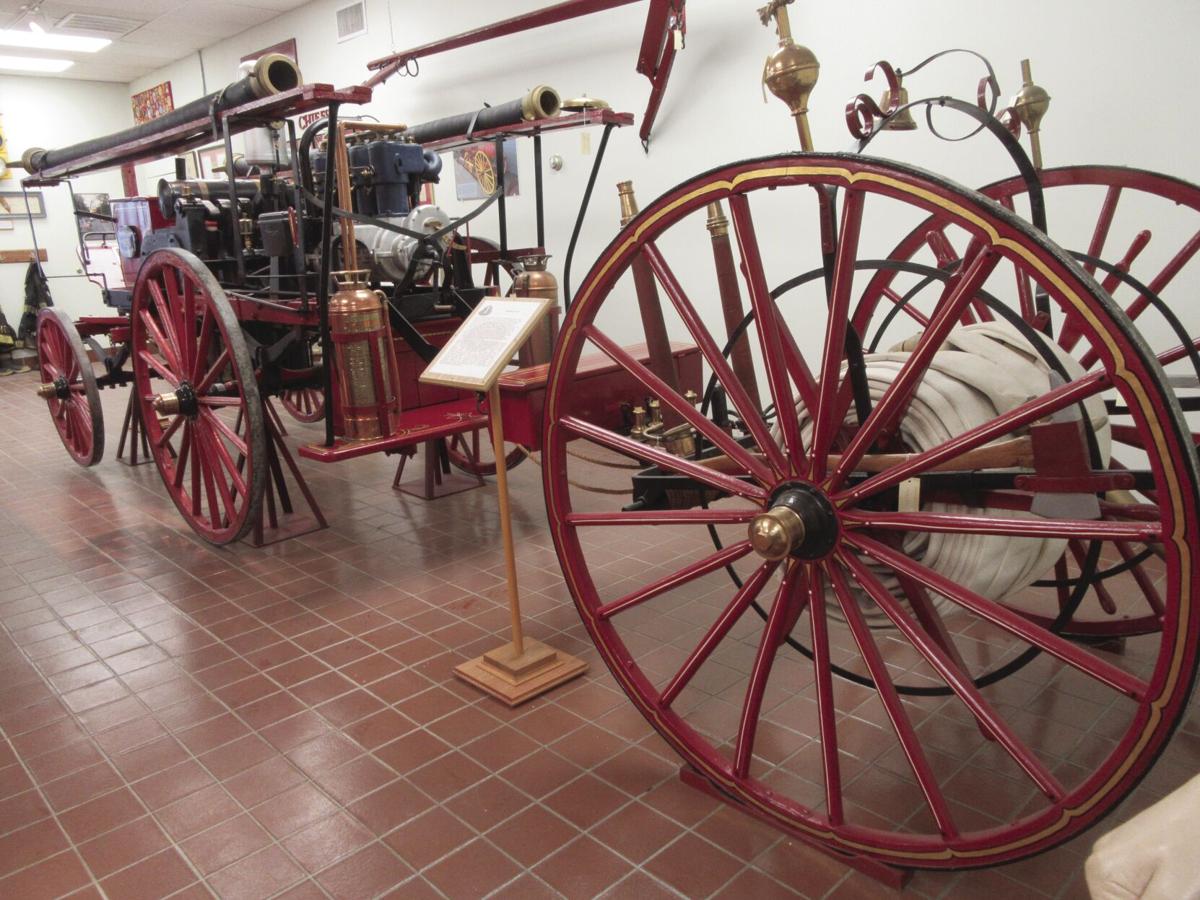 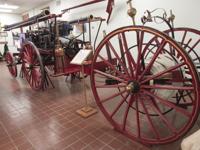 This 1909 Howe firetruck, which was pulled by horses, is on display at the Manassas Volunteer Fire Company Museum. 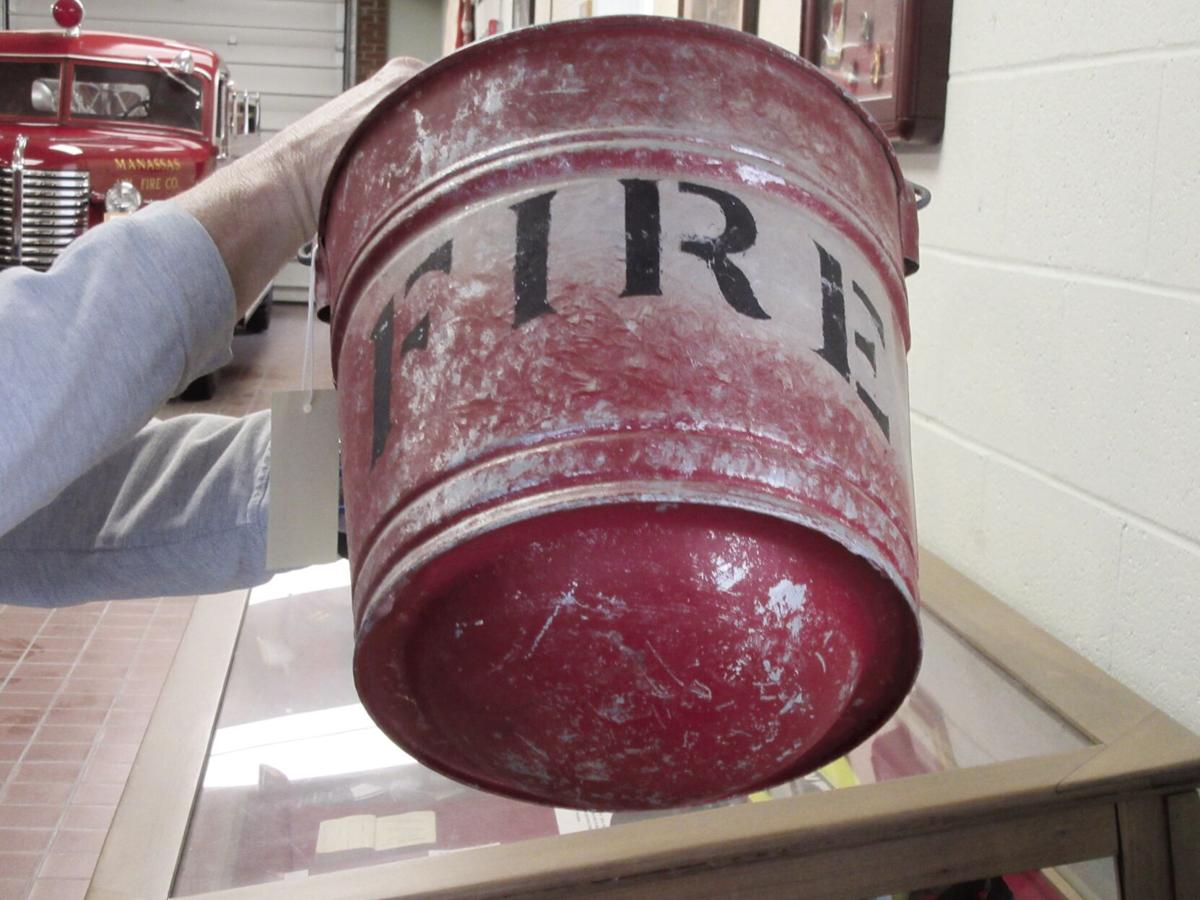 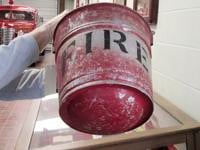 This 1941 firefighting bucket on display in the Manassas Volunteer Fire Museum has a rounded bottom. 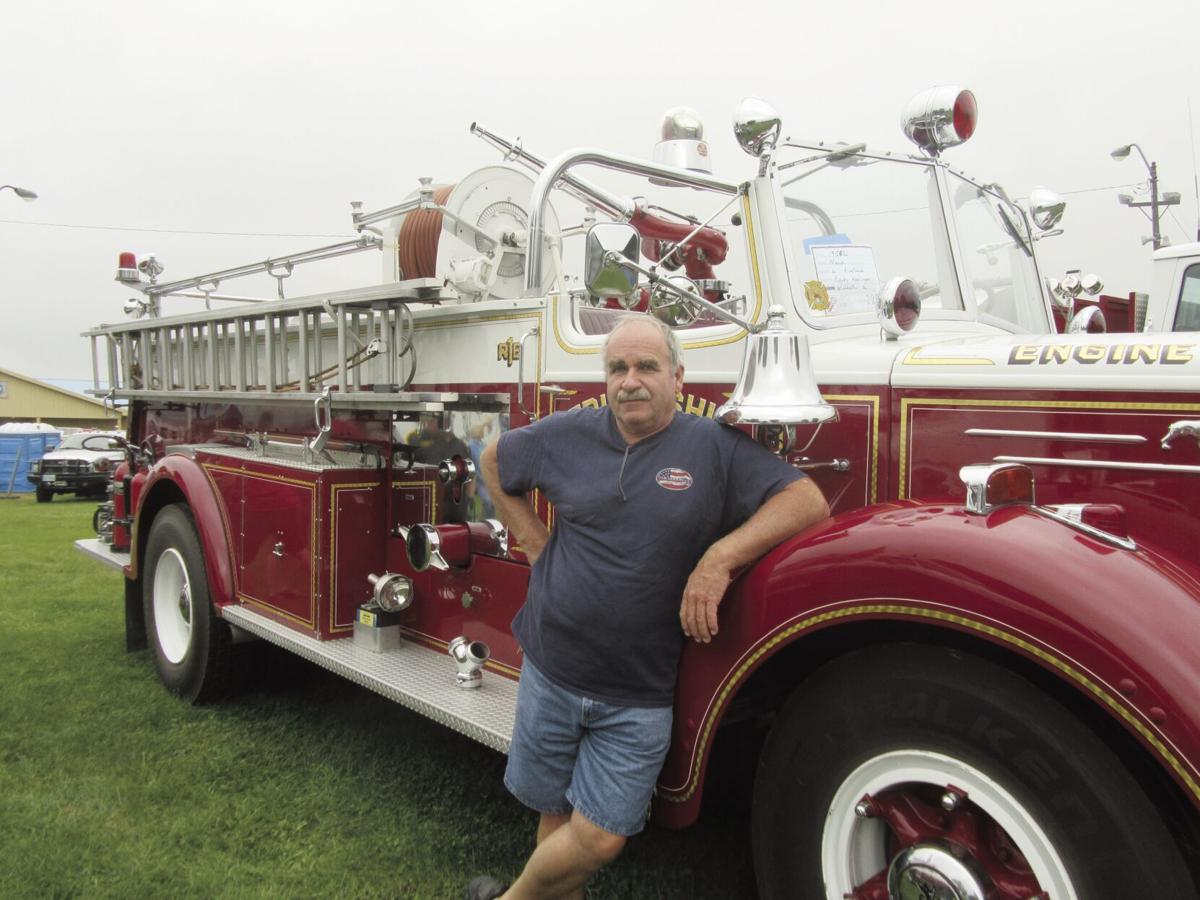 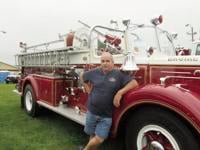 A beat-up, rose-red-and-gray metal bucket with a rounded bottom dangles from an iron hook at the Manassas Volunteer Fire Company Museum.

In black capital letters, it bears the word “F-I-R-E.” Because of its rounded bottom, it teeter-totters and spills its contents if you try to sit it upright. The bucket has this design to deter thefts, in case a 1941 firefighter left it unattended. It is one of hundreds of firefighting artifacts displayed in the museum by the company, established in 1892.

There’s more: a 1940s breathing apparatus for surviving in a smoky building and several alarms from pre-siren days. In 1910, a firefighter stomped on a pedal on a 1909 Howe truck’s floorboard to sound a gong.

How to catch victims jumping out of buildings on fire? There’s a life net with a red dot onto which, ideally, the panicked jumper would safely plop. There’s also a Stokes basket, an elongated, chicken-wire-type “stretcher” for evacuating people.

Firefighters, former firefighters and fire apparatus buffs participate in over 200 events each year, such as the Berryville, Leesburg and Purcellville Christmas parades, the Winchester Apple Blossom Festival, and “Pride and Polish Day” near Richmond. During the COVID-19 pandemic, members held drive-through events, like July Fourth parades through towns as people applauded from their front yards.

They drive in fire truck rodeos, competitions in which drivers maneuver their shiny behemoths around orange cones and are timed for their efficiency and driving talent.

Founded in 1978, the society has about 300 members and collectors all over Virginia. The organization is a chapter of the Society for the Preservation and Appreciation of Antique Motor Fire Apparatus in America.

Tommy Herman, its president, is a retired Richmond firefighter who has 20 road-worthy rigs housed in a barn he has expanded twice.

“Collecting fire trucks is a disease,” he chuckles. “My wife calls them my children.”

Volunteer guides at the Manassas Volunteer Fire Company Museum gladly delineate the details unique to each of their four antique fire trucks. The 1909 Howe has a 25-horsepower gas motor to run the pump, but the truck was pulled by horses. Its predecessor trucks had hand pumps. Attached to it is the hose cart and hanging on the side is a lantern for looking around inside buildings.

Gleaming nearby are two Buffalo Triple Combination pumpers, a 1929 and a 1947. The 1929 Buffalo, the first fully-motorized fire truck in Prince William County, has a 50-gallon water tank, and the 1947 Buffalo has a 200-gallon tank. Today’s fire trucks typically can carry 750 gallons of water.

Positioned “ready to respond” is the “modern,” diesel-fueled 1966 Seagrave, which still runs. With no roof, firefighters could get a 360-degree view. It has a manual transmission and clutch in contrast to today’s fire trucks, which have automatic transmissions.

Rocky Keplinger, owner of Round Hill’s Keplinger Repair Service in Loudoun County, says he “can’t get enough” of fire and rescue vehicles, which his company specializes in repairing and restoring.

Other enthusiasts, like Frank Hoppes, collect brush trucks, which have a front-end spray bar for fighting fires in fields or forests. Hoppes first volunteered at age 16, served in the Flint Hill Volunteer Fire Company, and ran the Middleburg Volunteer Fire Department before becoming Middleburg’s police chief. He owns five trucks, including a 1973 Ford F-250a brush truck built by Stinebaugh that holds 200 gallons of water and is made of aluminum, unlike most that were steel.

“I can preserve fire trucks or sit in a bar,” he joked. “Collecting fire trucks is not as dangerous.”

This article originally appeared in the Spring 2021 edition of the Piedmont Virginian, published by InsideNoVa.

Jerry O’Connell on What’s Next for ‘Star Trek: Lower Decks’ and Joining ‘The Talk’

Sir Kenneth Branagh knew Kate Winslet would be a star