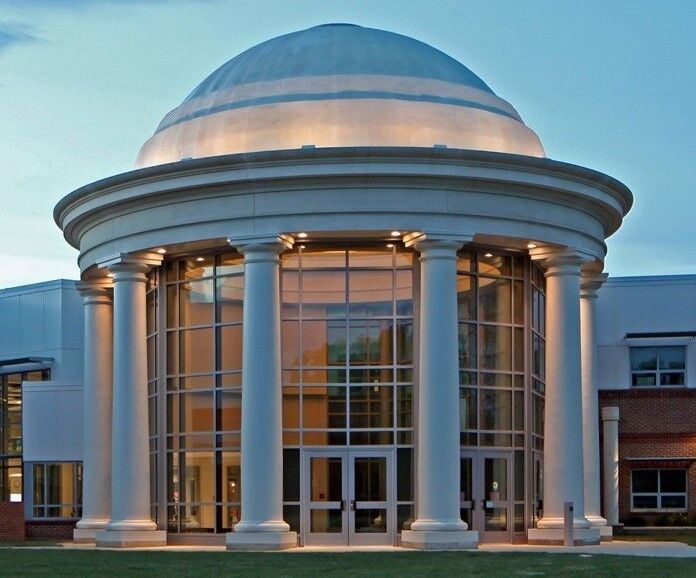 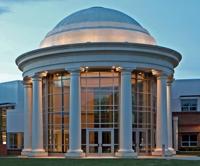 The Thomas Jefferson High School for Science and Technology is a regional magnet school on Braddock Road in Fairfax County. 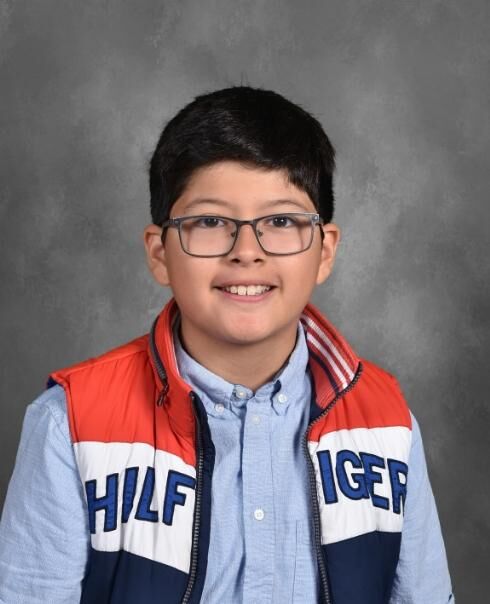 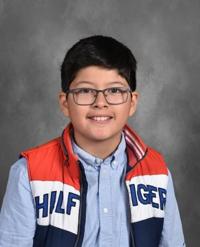 Daniel Campos is an eighth-grader at Luther Jackson Middle School who has applied to Thomas Jefferson. 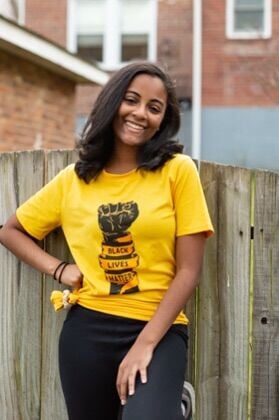 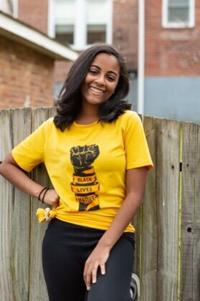 Dinan Elsyad, who graduated from Thomas Jefferson this spring, was one of the student advocates for the changes to the admissions process. 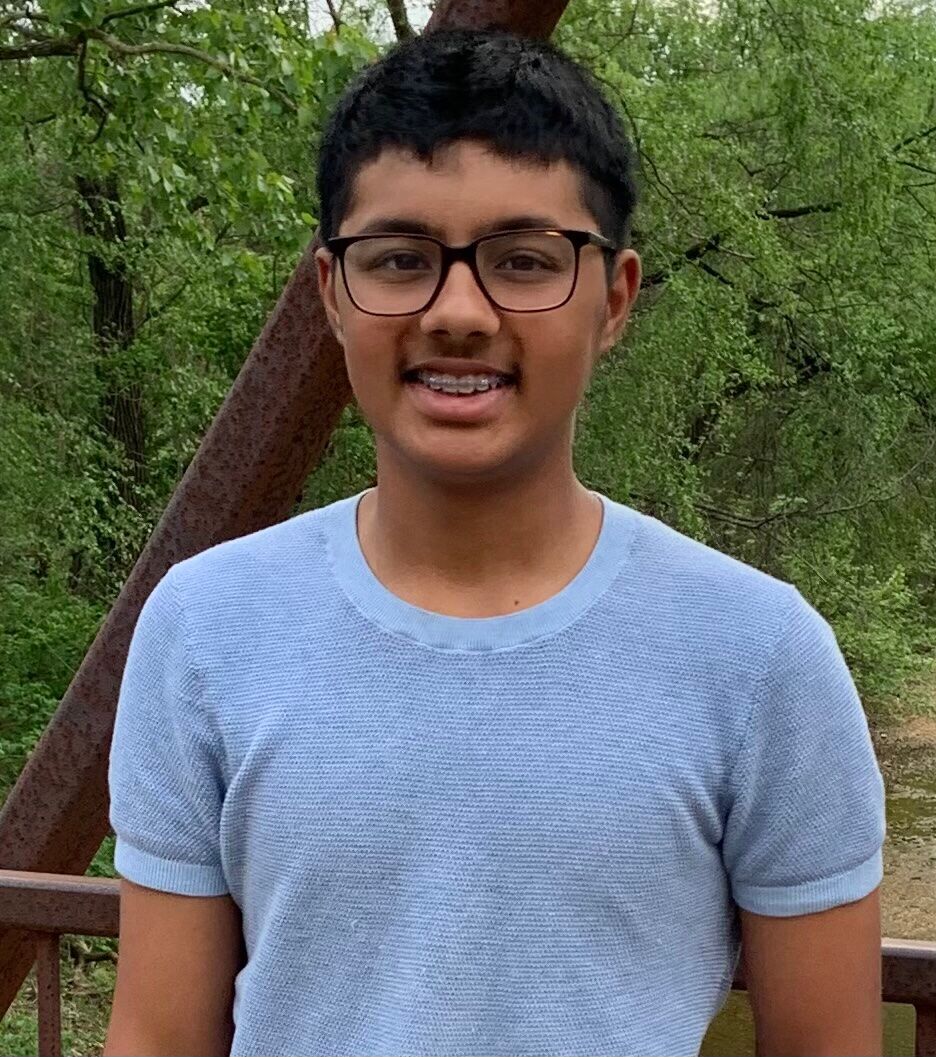 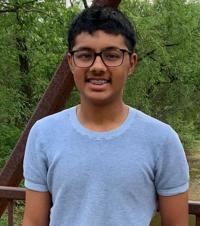 Dhruv Chandna is an eighth-grader at Robert Frost Middle School who has applied to Thomas Jefferson.

Krish Bommakanti spent two years preparing to apply to the Thomas Jefferson High School for Science and Technology.  Costly test prep courses and countless hours of studying would be worth it if it meant admission to the top-ranked public high school in the nation.

But on Nov. 9, the Fairfax County School Board moved to remove the standardized test that students work so tirelessly to ace. Weeks later, the board decided that socioeconomic status and region would factor into the admission process.

“The changes are a bit disheartening because I spent a lot of time preparing for the actual standardized test,” said Bommakanti, an eighth-grader at Longfellow Middle School in the Falls Church area.

As Thomas Jefferson – a magnet school attended by students from across Northern Virginia – prepares to offer admission to the first class selected under the new guidelines, community members and policy-makers continue to be skeptical of the changes.

And the School Board’s decision Dec. 17 to transition to a holistic review system didn’t end the doubt and division.

The parent-led Coalition for TJ, for example, filed a lawsuit in December to combat the removal of a standardized test and launched another case March 10 aimed at admissions criteria that take into account region and socioeconomic status. Both cases currently await hearings in court.

Meanwhile, both prospective and current students also hold reservations about the changes. In previous years, admissions officers used a combination of teacher recommendations, grade-point average, the standardized test and four timed short essays to evaluate applicants. With the School Board’s decision, teacher recommendations and the standardized test have been removed from the mix, although the timed essays remain.

“I think standardized tests do well to show where you rank among your peers. Implementing one is a good way of determining a hierarchy,” Bommakanti said.

However, eighth-graders Dhruv Chandna and Daniel Campos – both of whom also took test prep courses in anticipation of applying to TJ – approve of the change. Chandna attends Robert Frost Middle School, while Campos goes to Luther Jackson Middle School.

“I like the way they did it, and I think it will improve diversity,” Chandna said. Test prep classes are expensive, he noted.  “Some people don't have that money, so it's very hard for them to get into TJ.”

In place of the tests and teacher recommendations, students’ socioeconomic status and other so-called “experience factors” will now be taken into account. It’s here, however, that Campos believes the School Board made a mistake.

“Why would you need [to consider] socioeconomic status?” Campos said. “The most important thing is the student, and if they’re going to excel at the school. I don’t think their background and how much money their family has has anything to do with it. It should be based on the student’s capacity and knowledge.”

However, TJ senior Dinan Elsyad, one of the few Black students who attend the school, worries that the School Board did not go far enough in this aspect, even though she acknowledges that legally race cannot be a factor in the decision.

“The process itself doesn’t really take into account the inequities that come along with a specific race that you're a part of,” Elsyad added. “I went to a wealthy middle school. I am not part of a lower socioeconomic status group. Technically, I shouldn’t have had issues, but I was harassed by several teachers during my middle school years just because of my race.”

One of the most significant changes to the TJ admissions process is the implementation of individual-school quotas. At a minimum, the number of students admitted from each public middle school will be equivalent to 1.5% of their eighth-grade student population. For example, a middle school with 800 eighth-graders would send a minimum of 12 students to TJ, assuming that at least 12 eighth-graders out of the 800 choose to apply. The county has 23 public middle schools, with student populations as high as 1,500. In total, 550 prospective students will be offered seats at TJ for the fall.

The change seeks to correct a longstanding lack of geographical diversity at the school. More than half of the students admitted to TJ’s Class of 2019, for example, came from just five of the public middle schools in Fairfax.

“There was concern that TJ didn’t reflect geographic diversity in our county – that we were disproportionately drawing from certain middle schools,” School Board member Megan McLaughlin said. “By these changes, going school by school, we will certainly see improved access to TJ for students who are dealing with poverty.”

However, McLaughlin believes that the individual-school quotas may underrepresent students at Advanced Academic Program centers as well as students at known feeder schools into TJ – where families often move to increase their children’s chances of admission to the magnet school.

“Students at AAP centers are getting the same number of allocated admission seats at TJ as all of the other middle schools. This gives me pause,” McLaughlin said.

Having completed their timed essays in March, TJ’s newest applicants now wait anxiously for their results, expected in June.  For many, the prevailing question is whether the changes will solve the issues that they sought to address in the first place.

“We just have to wait and see,” Elsyad said.

Anuj Khemka is a junior at Thomas Jefferson, where he is the online editor-in-chief of the student news outlet tjTODAY.

When Dinan Elsyad first saw the demographics of the Thomas Jefferson High School for Science and Technology’s class of 2025, she almost couldn…

Interesting that insidenova posted this dandy in the article

"Technically, I shouldn’t have had issues, but I was harassed by several teachers during my middle school years just because of my race."

As if any reader is going to actually believe that is how things actually went.

Who wrote the article?

"Anuj Khemka is a junior at Thomas Jefferson, where he is the online editor-in-chief of the student news outlet tjTODAY. "

Don't be a jerk to kids. It shows what kind of person you are.

Finally, afters years of the TJ controversy, the media report that TJ admission is highly correlated with test preparation. TJ alumni are wealthy. So are many TJ parents. If they want to continue admission testing they could fund a test preparation program for everyone. Or, they could start a private high school for science and technology with admission testing. A big [thumbdown] to the media for not reporting what was actually occurring in the TJ admission process for decades. Question must be asked how many bright children over the decades were denied admission to TJ because their parents could not afford test prep courses? Also, maybe it's time to change the school's name to Northern Virginia High School for Science and Technology?

I agree. If diversity is really a concern and money for prep materials is the problem, then funding prep materials for all interested kids (regardless of race, religion or income status) in the district makes sense and would be realtively inexpensive for the district. It makes way more sense than taking academic achievement out of consideration when that is what makes the school famous in the frst place. It is illogical and makes me think that the people in charge did not attend the school when they were in high school.

Let's dumb down the standards for the Super Bowl, first, and see how that works out.

Good point. The NFL obviously discriminates against Asians. And how many female quarterbacks are there? Absolutely none the last time I looked.

Can’t Miss Episode of the Week: The ‘Ted Lasso’ Premiere Warms Our Hearts

Iggy Azalea plans to stop posting about her son

Kevin Connolly and his daughter diagnosed with COVID-19