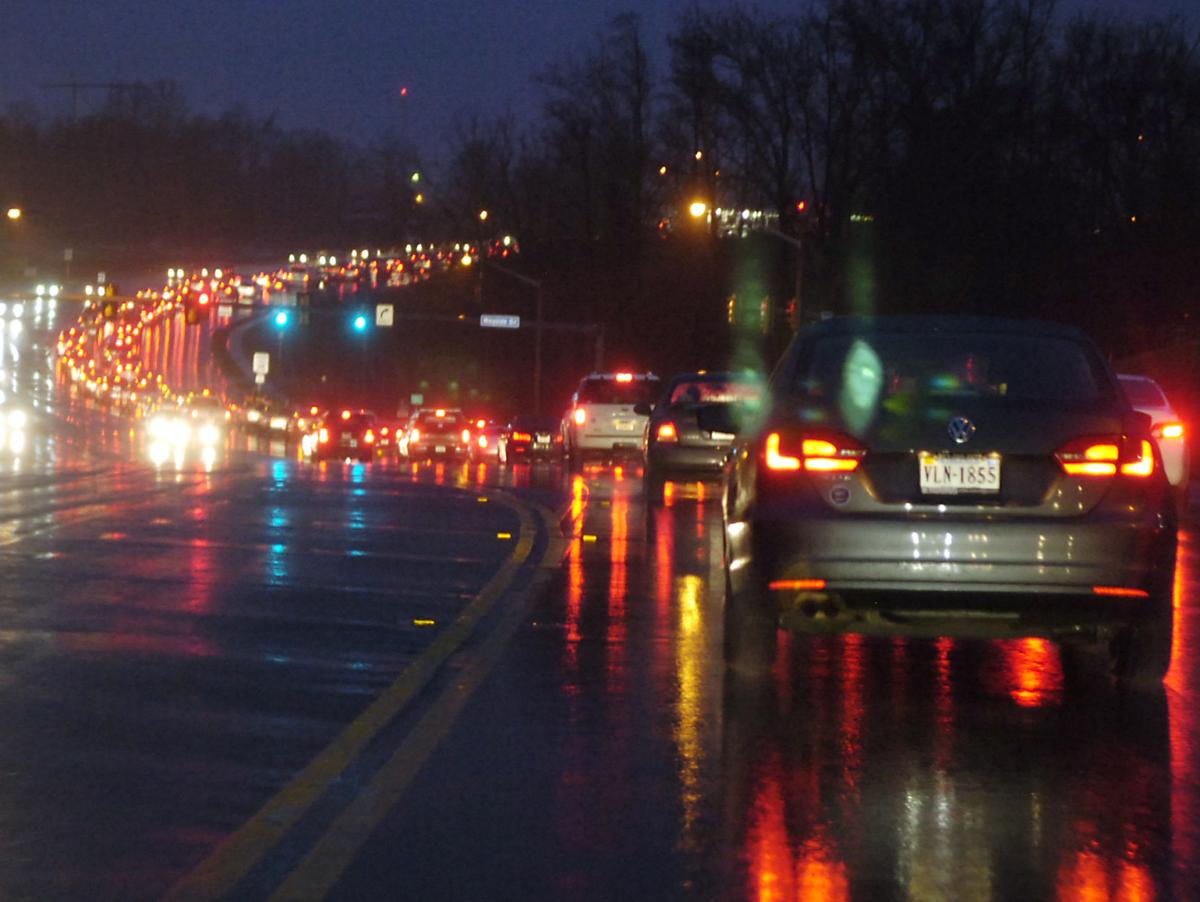 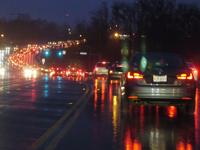 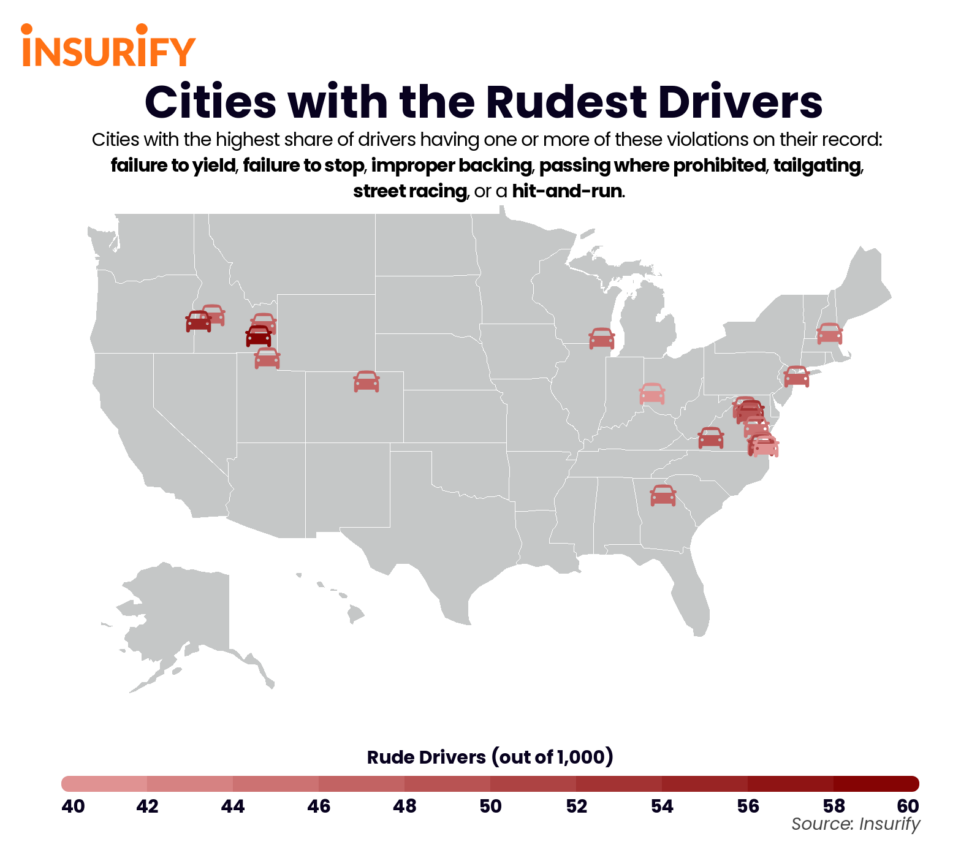 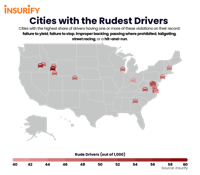 Insurify, an insurance quotes comparison website, has compiled a list of the top 20 cities with the rudest drivers, with Virginia taking a whopping nine spots on the list.

And in news that probably won't surprise you, three of the top 10 rudest are in Northern Virginia -- Alexandria is number three on the list, Woodbridge is number six and Ashburn number 10.

How did they figure out where the rude drivers drive? The data team at Insurify referred to its database of over 2.5 million insurance applications to determine the cities with the rudest drivers.

So who has America’s three politest drivers? Wellington, Florida; McAllen, Texas, and Louisville, Kentucky, according to Insurify.

For each city, researchers calculated the proportion of drivers with one or more of these violations on their record. Cities with the highest share of these drivers were ranked as the cities with the rudest drivers. In this study, cities were defined based on the United States Census Bureau’s classification of an “urbanized area,” an urban area with a population over 50,000.

The 20 U.S. Cities with the Rudest Drivers

I don't doubt Northern Virginia has rude drivers, but there is a flaw in this study. Look at all the cities in Idaho on the list. Some of the nicest drivers in the world are in Idaho. There are some drivers there that are not all that familiar with traffic lights as they only see them a few times a year when they drive to town to pick up supplies. Why are there no Maryland or California cities on the list? This is obviously fake news.

Agree! Same goes for many of the other cities listed on this list that are located in more rural parts of America. There's a huge difference between "rude" and "annoying". Neither are great for other drivers on the road, but there's a big difference in intent. Another case in point is New York City - how are they not in the top 5?? Ridiculous so-called "study".

Only thing here is your lying comment once again. If it is fake news, why do you read it? Because you want the truth.

There is another perspective to be considered here. It could be that the police in these towns are simply much more aggressive in looking for and citing moving violations. I mean, Pocatello, ID, is number one on the list -- seriously?? It's highly possible (probable, even) that you may have a few Barney Fifes up there who love nothing more than handing out as many tickets as humanly possible. This article is a waste of everyone's time and has nothing to do with real journalism.

Soiled Pants, I bet you thought there were good people on both sides at the Charlottesville rally too. You are always negative and spew your racist comments on here. You are a disgusting and old racist who should move to Russia.

Derek, so another commenter makes two posts and neither have any mention of race in them and you choose to starting spewing racial comments in an effort to divide. How sad for you that your guiding narrative is that everyone is racist and you have chosen to become the den mother of InsideNOVA comments sections.

While I am certain there are racist people in our society, both white and black, your victimization became less of an argument when the last president was black and now we have a VP nominee that is black. I know that the man has been holding you down but these folks figured it out so perhaps you can stop blaming everyone else for your crappy life and start taking responsibility for it.

Ammitch, Every post that Soily puts out does have something racially in them. I have read this negative and Trump-loving deplorable for a long time and all you have to do is find the articles with blacks or Mexicans in them and Soily will comment negative. I don't give a care what color you are, but as grown folks, racism should never be tolerated period. I don't care if you like Trump, but you should because you vote what you are.

Every post except this one. I guess you're the racist in the room now.

I do appreciate this article being written. However, polls aren’t accurate depictions of reality. It’s merely an estimate.

I do believe local drivers stink,. But it’s hard to believe other places didn’t make the top 20 list.

What a ridiculous study! By reporting the incidence of traffic citations, it actually shows where police traffic enforcement is more vigilant, leading to safer roads and more courteous motorists.

Leah Remini 'would cry' if she discovered Scientology spending