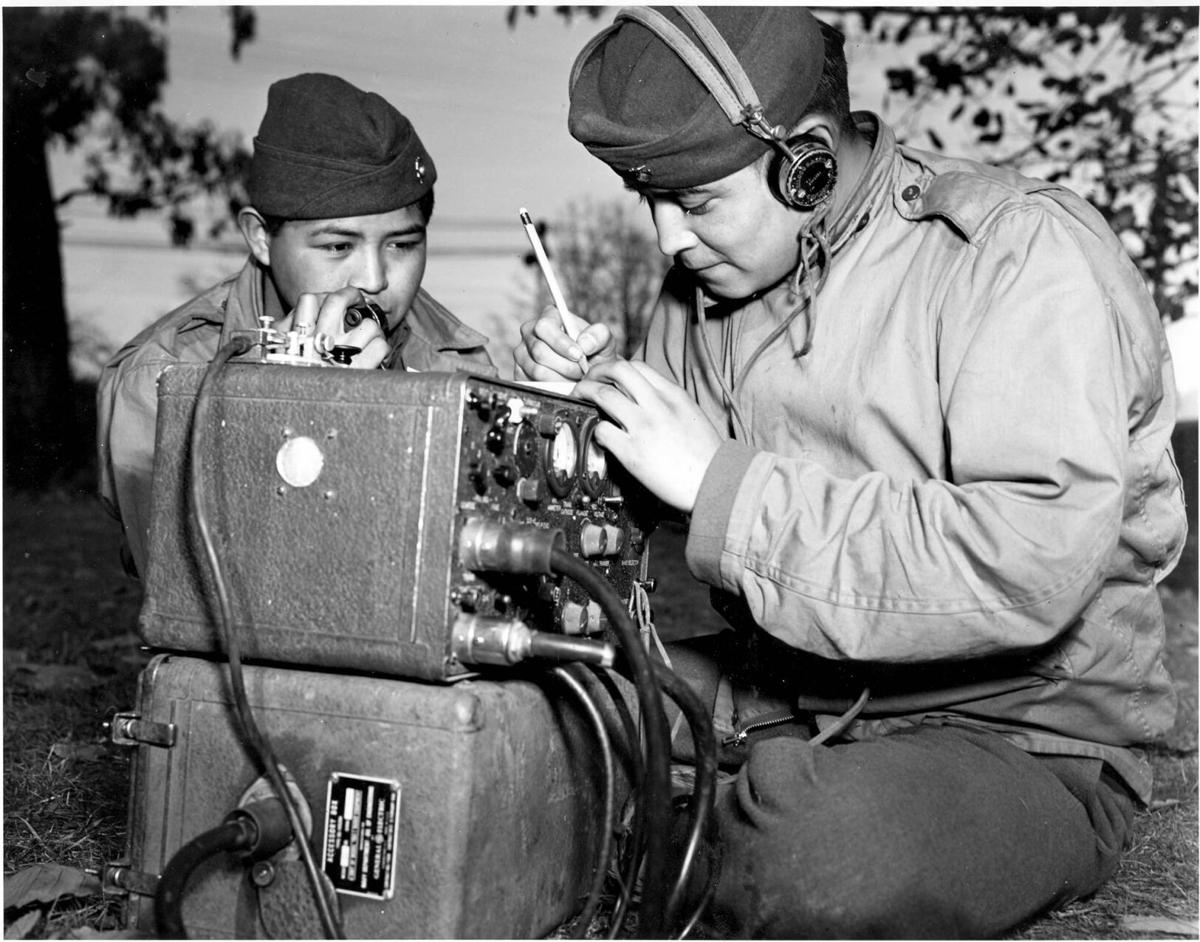 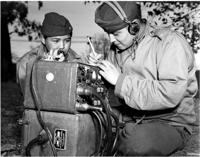 Marine Corps Pfc. Preston Toledo (left) and Pfc. Frank Toledo, attached to a Marine Artillery regiment in the South Pacific, relayed orders over a field radio in the Navajo language. 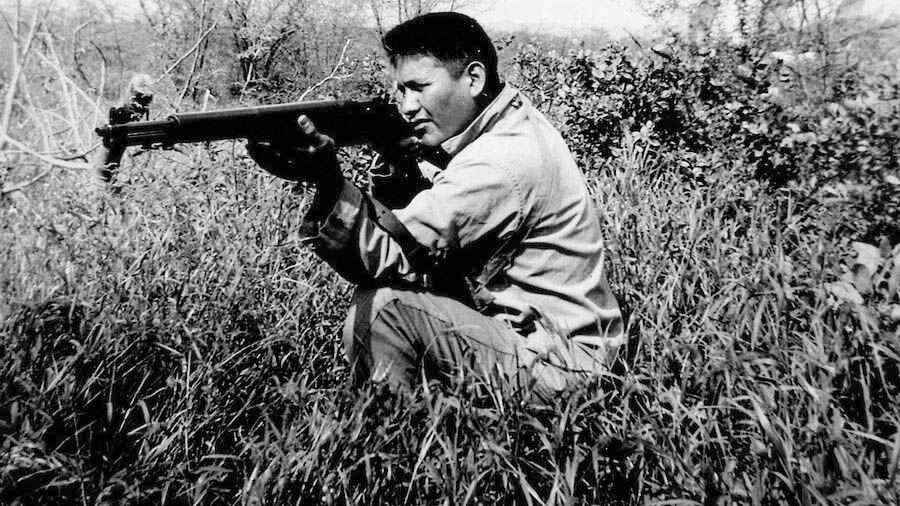 Chester Nez was one of the first Navajo code talkers.

Marine Corps Pfc. Preston Toledo (left) and Pfc. Frank Toledo, attached to a Marine Artillery regiment in the South Pacific, relayed orders over a field radio in the Navajo language.

Chester Nez was one of the first Navajo code talkers.

Effective wartime military communications helps commanders coordinate actions on the battlefield, or receive information to react to battlefield changes. But if the enemy intercepts these communications, they can gain valuable information on their opponent’s plans. This has created an age-old military quest to find an unbreakable code.

A key lesson was learned in World War I, when Army soldiers in France were speaking to each other in their native Choctaw language. The commander, knowing that phone lines had been tapped by the German army, had them relay tactical information – but in this little-known language.

It was wildly successful, but the war ended soon afterward, and the initiative wasn’t further pursued by the Army.

During World War II, Philip Johnston, a World War I veteran and the son of a missionary who had grown up on the Navajo Nation, read an article about the original use of Choctaw speakers in Germany and pressed the Marine Corps to implement it.

To keep communications secure, the Marines were using a shackle code, an alphabet paired with a series of numbers. This was quite time-consuming to encode and then decode, and was also vulnerable to operator error.

Nearly 30 Navajos were recruited in a top-secret program and weaponized their language in a military code, said historian Mike Westermeier, exhibit curator at the National Museum of the Marine Corps.

A Congressional Gold Medal that was presented to the code talkers and more about their story is on display at the museum in Triangle, which recognized Code Talker Day on Aug. 14.

“They go through basic training, and then attend signaler school, to know everything about radio messaging. They take them to a secure compound within the Signal School in San Diego,” Westermeier said.

One of the first radiomen, Chester Nez, later recalled that first day for an article in World War II Magazine, when an officer briefed them on their mission.

“The officer wasted no time. He looked around the room at each of us, and told us we were to use our native language to devise an unbreakable code,” Nez said. “I read expressions of shock on every face. A code based on the Navajo language? After we’d been so severely punished as children for speaking it at boarding school?”

Nez recalled that the Navajos decided to use an English word to represent each letter of the English alphabet. “Those words would then be translated into Navajo, and the Navajo word would represent the English letter, creating a double encryption.”

“At Guadalcanal, the code talkers sent a message in four minutes that took Marines using the shackle code four hours,” Westermeier said. “The 5th Marines sent over 800 messages with code talkers, with zero errors in transmission or transcription.”

More than 400 code talkers participated in the war effort.

At the end of the war, the Navajo code remained unbroken, and had proven so useful in securing victory in the Pacific that the entire program remained classified until 1968.

Glenn Nez, an agent with the Central Intelligence Agency, said in an interview with intel.gov that he never realized the role his father had played in the war until 2000, when President Bill Clinton signed a bill to recognize the code talkers. His family recognized a picture of Jack Nez in an article.

“I got the impression not just from him, but from other code talkers that they were very secretive about what they did,” Nez said. “All we knew was that he was a radio operator, and technically, they were because they talked over the radio.”

Nez said his family is proud of the honor. “You can’t just put it in a safety deposit box and keep it at home. It’s something that you have to share with everybody. If it weren’t for those men, I don’t think this world would be the way it is.”