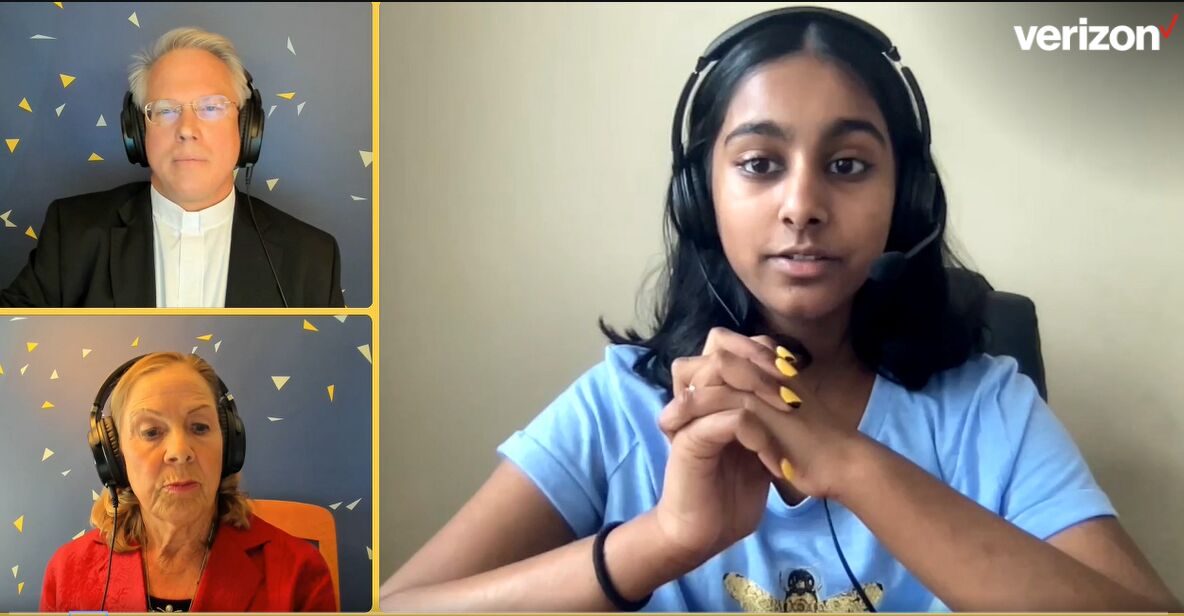 Akshita Balaji of Merrifield competes in Tuesday's quarterfinal rounds of the Scripps National Spelling Bee. Balaji is one of 30 students who advanced to the semifinals. 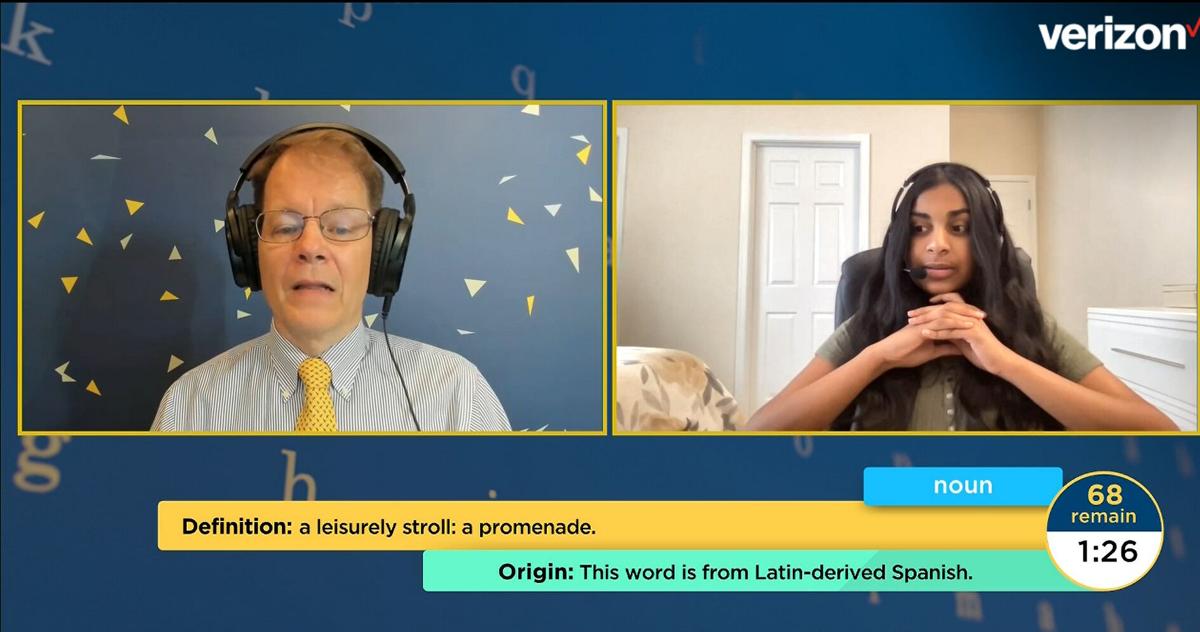 Ashrita Gandhari of Loudoun County competes in the June 15 quarterfinals of the Scripps National Spelling Bee.  On Sunday night, Gandhari advanced to the finals, which will be held in-person on July 8.

Akshita Balaji of Merrifield competes in Tuesday's quarterfinal rounds of the Scripps National Spelling Bee. Balaji is one of 30 students who advanced to the semifinals.

Ashrita Gandhari of Loudoun County competes in the June 15 quarterfinals of the Scripps National Spelling Bee.  On Sunday night, Gandhari advanced to the finals, which will be held in-person on July 8.

Spellers from Fairfax and Loudoun counties are among just 30 students who advanced Tuesday to the semifinal round of the Scripps National Spelling Bee.

Preliminary rounds of the national bee are being conducted virtually and began Saturday with 209 spellers who qualified by winning their local or regional spelling bee.  After three rounds of competition Saturday, just 74 spellers moved on to Tuesday's quarterfinals.

Balaji, Gandhari and the other 28 spellers remaining will compete in the semifinals on June 27 at 7 p.m., broadcast on ESPN2.  The field will be narrowed that evening to between 10 and 12 spellers, who will travel to Walt Disney World in Orlando, Fla., where the final rounds will be held in person on July 8.

Because the preliminary rounds are being conducted virtually, spellers are required to use laptops and headsets provided by the National Bee, must keep their hands in view of the camera while competing, and had to have a proctor in the room with them.

During Tuesday's quarterfinals, Balaji spelled anorthopia and chapeau correctly and provided the correct definition for pique.

Ghandari, also 14, is an eight-grader at Stone Hill Middle School who won the Loudoun County bee, sponsored by Loudoun County Public Schools.  She is competing in the national bee for the fourth time, having previously finished tied for 35th in 2017, tied for 42nd in 2018 and tied for 51st in 2019.

Another Northern Virginia speller, Keona Thomas of Manassas Christian School, winner of the Prince William Regional Spelling Bee sponsored by InsideNoVa, was eliminated in the third round on Saturday.

A third speller from Virginia, Jenna Ng of Lynchburg, reached Tuesday's quarterfinals but was eliminated when she misspelled toxophorous.

An Ashburn eighth-grader has advanced to the finals of the Scripps National Spelling Bee.

Lil Nas X: Kanye West acknowledgment is a great look for us

‘America’s Got Talent’ Season 16: And the Winner Is…