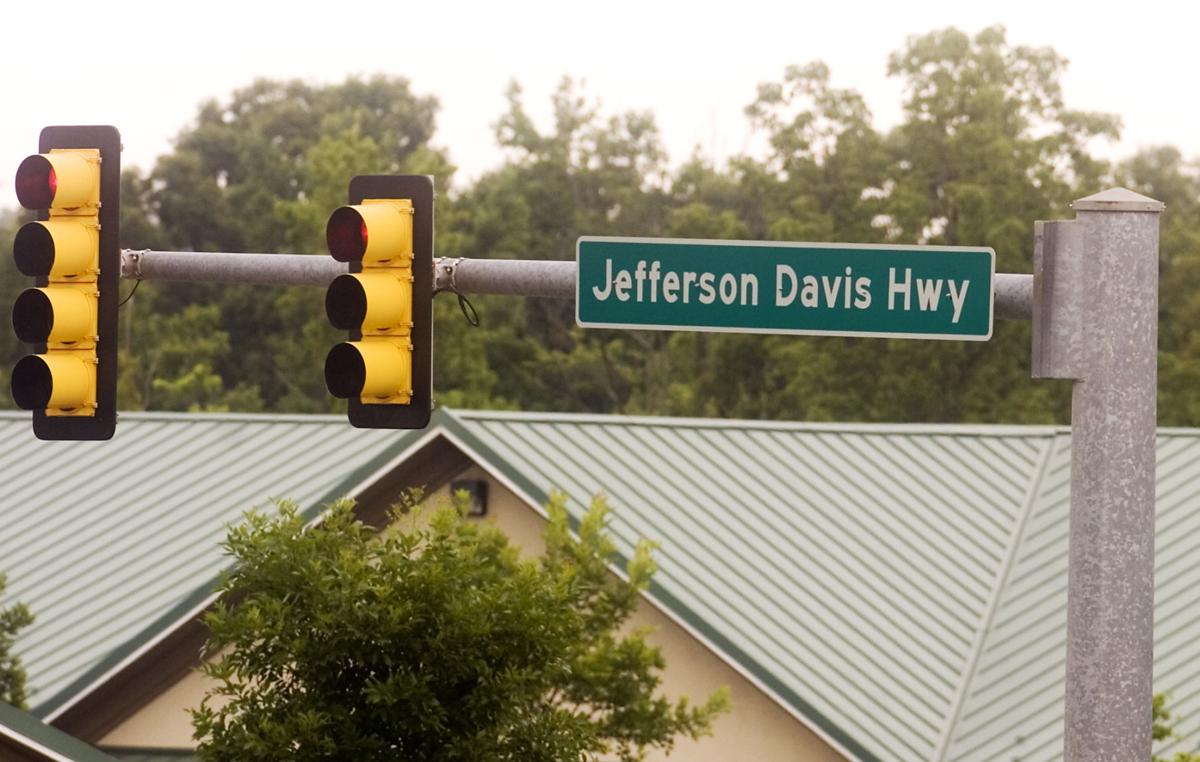 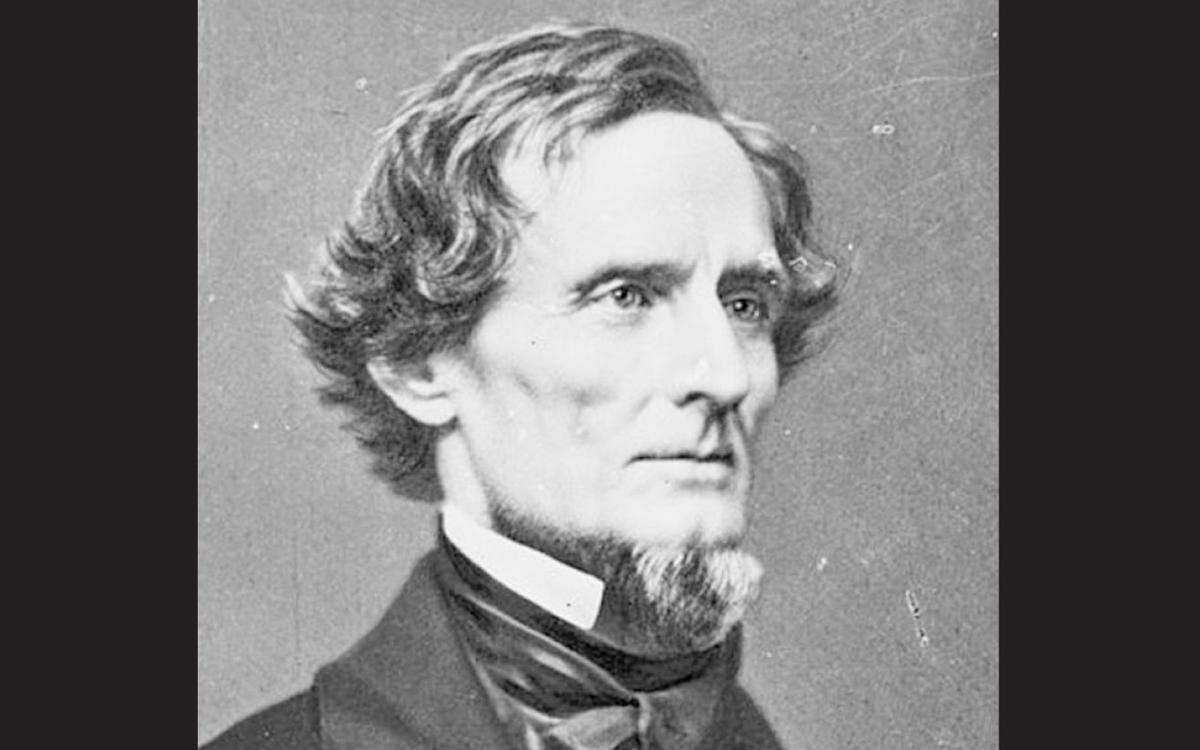 The Virginia Commonwealth Transportation Board on Tuesday approved the renaming of U.S. 1 from Jefferson Davis Highway to Richmond Highway through eastern Prince William County.

In September, the Prince William Board of County Supervisors voted unanimously to request the state board rename the 12.3 miles of Route 1 to the Stafford County line. U.S. 1 is currently named Richmond Highway in Fairfax, Arlington and Alexandria. Arlington County renamed its section of U.S. 1 last year and Alexandria did the same in 2018.

Jefferson Davis was the first and only president of the Confederacy during the Civil War.

"It'll be something well past time and past due," Prince William Potomac District Supervisor Andrea Bailey told the transportation board Tuesday. "It's a consistent reminder of our nation's dark and hurtful past. This is not about removing history. This is focusing on how to collectively move forward as a community."

The name change will impact property owners along about 12 miles of roadway and a total of 940 addresses, according to county staff. The county planned to reach out to businesses about the proposed name change starting this month.

Staff estimated the county’s cost in fiscal year 2022 will be $1.2 million to cover address analysis, notification process, street signs and database and records update, according to county staff. In addition, staff estimated the cost to mitigate impacts to businesses would range from $1 million to $3.8 million.

The state Commonwealth Transportation Board voted Wednesday to change the name of Jefferson Davis Highway through Arlington to Richmond Highway.

Jefferson Davis was a traitor and a loser this isn’t a political issue unless you celebrate losers and traitors. The confederacy and its entire legacy is trash and we should clean that trash up.

Uh the answer is to be ashamed of our shitty past, teach our kids about the time our ancestors betrayed America so they could own people, and tear down every monument that celebrates that betrayal. No street or statue should celebrate traitors that fought to own people. And yes, the civil war was about the right to own humans before anything else. Don’t pretend otherwise. Also you’re the fan of keeping a traitor slaver loser’s name for Richmond Street so you obviously aren’t bright at all. Who celebrates losers and traitors? Put those names in history books where they belong.

Does removing names or monuments feed the hungry, shelter the homeless, terminate hate, cure COVID-19 or provide world peace? No. But the renaming novelty is quite effective at squandering tax dollars & the time of our politicians.

In defiance of the entire “cancellation” matter, I will only refer to it as Jefferson Davis Hwy.

Denying reality seems to be a common political position these days.

Just look at how the Mango Mussolini is denying his loss.

The food pantries are empty and people are losing everything.

Bravo to the PWBOCS, this move is long overdue. No monument's or signage/markers honoring traitors should be left standing in public spaces.

And enough with this "changing history" nonsense; totally weak argument. Last time I checked you can still learn all about Jeff Davis and the confederacy on the internet, books, and museums.

All these statues and road signs were erected to glorify white supremacy and intimidate black people...period. Take em down.

BirdDog, I agree with everything you stated, especially the part about honoring traitors. The US seems to be the only country to honor such people.

you could always move if you dont like it here

Why would a real American get up and leave on behalf of racists and losers celebrating traitors.

Praise the lawd! Now everything will be right in ol Pee Willie! Oh and where's my free stuff???

Jefferson Davis was probably a more popular president among Virginians at the time than any President since. And how is "Richmond" a good name, considering what it represents to most folks in the state?

I agree that renaming it Richmond Highway is offensive. Have these folks walked around downtown Richmond and the surrounding districts lately (preferably before sunset)? Might as well be named the Highway to Hell as that has the same meaning.

Oh thank God almighty, now we can all rest and breathe a sigh of relief...we are saved. Minority kids can live at ease all is good in the rectum of Virginia aka PWCounty

just wipe the past out all together like it never happened

This is beyond ridiculous. Setting aside the argument that having it named for this confederate leader is a teaching point to never forget the atrocity of slavery, spending $5M to do is is just crazy. What dealing with the pandemic wasn't enough for karen bailey and her cohorts on the county commission?

You may want to check that myth. Which party has added trillions in debt lately? Or borrow massively to pay for the tax cuts targeting their rich donors. I'll give you a hint, it's not the Democrats. In fact if you map government deficits and spending to who controls the Senate and the House, you'll find that spending and deficits almost always go up when Congress is controlled by the GOP.

The ball is really rolling now. Next should be Harry Byrd Highway. Byrd held very racist views and was vehemently pro-segregation. This one is a no-brainer. Oh wait, he was a Democrat, so never mind. Nothing will change.

I don’t know about that. Anything named after Franklin Roosevelt should be next because he had all Japanese American citizens forcefully interred in camps during WWII. It ruined many lives.

Anything named after Woodrow Wilson might be a better idea. He enforced Jim Crow laws and was a racist to the max, responsible for holding back many Black Americans.

Unlike Davis or Jackson who were dyed in the wool racists until the day they died, Harry Byrd saw how racism damaged not only the nation but himself. If you look at his personal life and his legislative career, it was strongly dedicated to civil rights.

That said noting the Slippery Slope argument you like to use, I would suggest that you may want to learn about logical fallacies and how they ruin your point.

Olivia Munn reaches out to those struggling with mental heath: 'Try and hold on another day'

Gwen Stefani struggled to get through emotional wedding vows

Joshua Jackson talks buying his childhood home: 'It was a very healing thing for me to do'