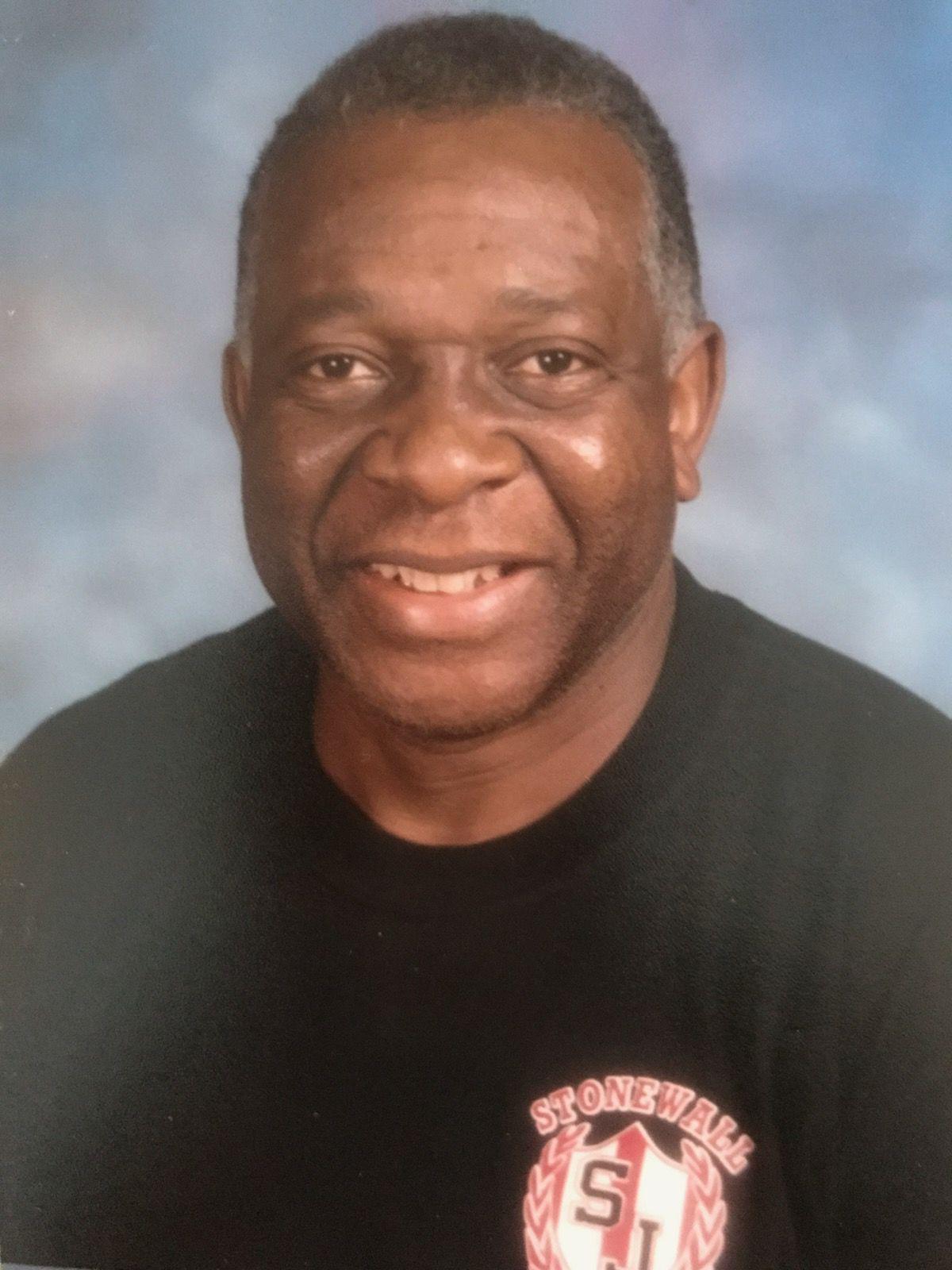 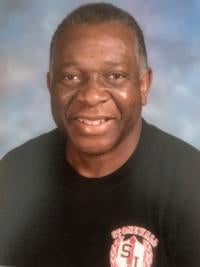 Arthur Reed was a security assistant at the former Stonewall Jackson High School from 2004 until his death in 2018.  The school was renamed Unity Reed High School in his honor in June 2020. 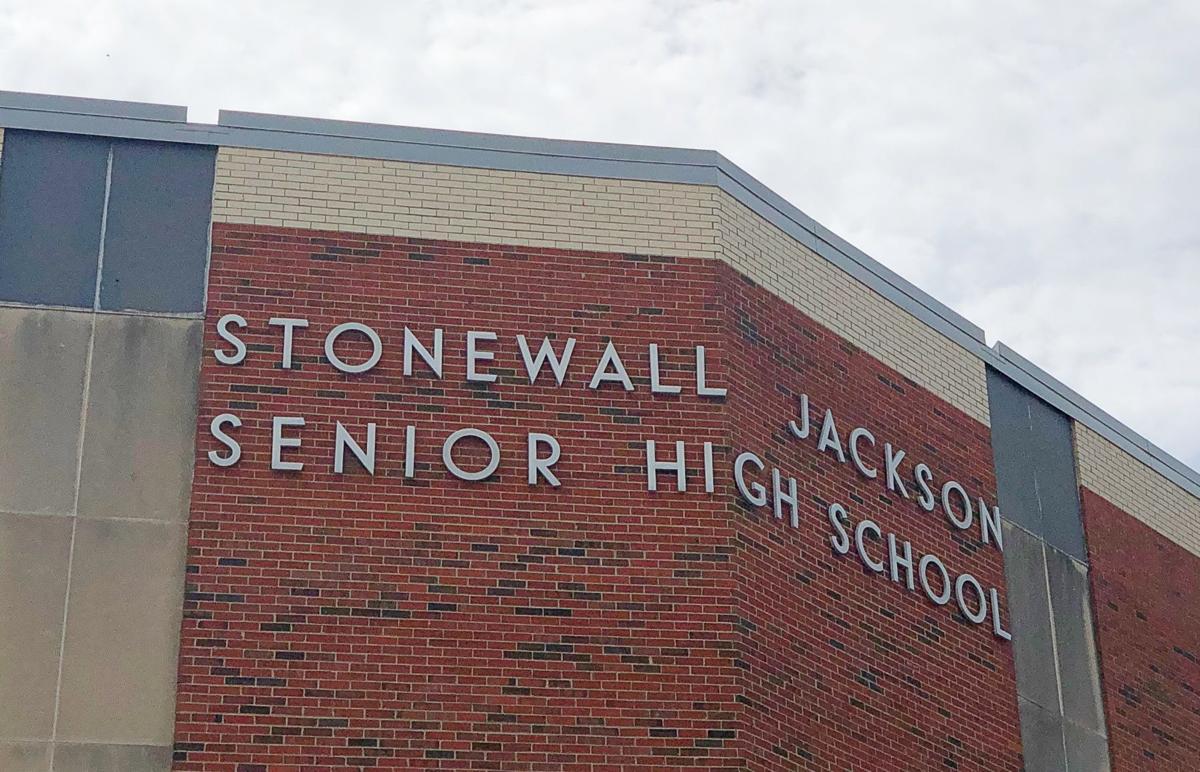 Arthur Reed was a security assistant at the former Stonewall Jackson High School from 2004 until his death in 2018.  The school was renamed Unity Reed High School in his honor in June 2020.

The new names were approved unanimously by the Prince William County School Board at a special meeting Monday evening, less than a month after Superintendent Steve Walts first recommended renaming the schools.

More than 20 people suggested names during a public hearing before the school board’s vote, and that followed two meetings last week in which dozens of names were recommended.

According to an online petition in support of naming the high school after Reed, he was nicknamed the "Godfather of Stonewall" after he passed away. The high school is located just outside the city of Manassas.

Celestine Braxton was an educator in the school division for 33 years who died in 2014. Braxton started teaching before racial segregation was ruled unconstitutional. Her husband, Carroll Braxton, is a decorated veteran.

“This unity is possible because of remarkable and brave people like Celestine and Carroll Braxton,” said School Board member Jennifer Wall, who represents the Gainesville District, where the middle school is located.

A renaming committee of Wall, Chair Babur Lateef and school board members Adele Jackson of the Brentsville District and Lisa Zargarpur of Coles District recommended the new names.

“In the end, it felt like the best way to encompass how the community felt,” Jackson said about the new names.

School board members said unity is a theme that is inspiring.

“The Braxtons built and performed their lives with unity in mind clearly at all times, so I think this is great,” Lateef said.

School Board member Loree Williams said this is the time to rename schools.

“[Both schools] have lived in a limbo of knowing we’ll get to this point, but not knowing when; I think this will bring some closure to that community,” she said.

School Board member Lillie Jessie, who represents the Occoquan District, asked during the meeting how much the renaming process will cost the division. “I think the public needs to know the cost and how we’re coming up with the money.”

Walts said the division will find the necessary funding to rename the schools.

Diana Gulotta, the school division’s spokeswoman, said staff plans to replace signs at the two schools before the 2020-2021 school year.

The school board also voted to name the middle school's auditorium after John G. Miller, a principal at the school for 18 years who retired this year.

The school division said the top 10 most frequently suggested names, in alphabetical order, were:

Unity Reed High School has a new mascot: The Lions

Unity Reed High School (formerly Stonewall Jackson) will go by the Lions. The name was selected based on a survey handed out to Unity Reed stu…

School leaders in Alexandria, Virginia, have begun the process of considering a name change for the city’s only high school — T.C. Williams.

Shows how the school board is controlled by leftists and how much of the public believe in a cause not backed up by any data, but rather by a handful of videos over a period of many years played 24x7 by CNN, MSNBC, and the like.

What do u listen to foxs

For a high school that is ranked 218 in Virginia and 9,811 in the nation, the school board might want to spend their money and time on something other than renaming the schools. But then, social justice is more important than learning and education in 2020. After all is over and done, nothing will change, because the race baiters have created a cottage industry that needs to perpetuate hate and division so they can stay in power rake in money.

Social justice is more important right now!!! U must not care about people

Are you a graduate of one of these schools? If so your parents must demand their monies be refunded for what they spent on your education.

This sure makes a lot of people wonder why the board would go this exercise of wanting people to submit names,and suggestions for a school name change,when it seems as if it was a done deal from the beginning..As I said before,you may not like my heros,and I may not like yours...All you accomplished was ....NOTHING !

Says the hypocritical clown with "Redskins" in their name.

And when are you changing your offensive name? I mean people have demanded the name "Redskins" be changed for years now. Or is this "social movement" thing only for blacks?

Lmao you got the school renamed to U R High.

The name changed, what hero?

No more naming buildings, roads, ships for people ... ever. No more statues or monuments .... ever. Amerika has been destroyed by the leftist's and the hulk that remains will make Orwells 1984 look tame by comparison.

A nice pyrrhic victory for the Marxist Left. Enjoy your "accomplishment" Comrades! For the moment.

I`d pull my kids out of that school so fast their head would spin. If this is how they're spending their time worrying about the name of the building I would have to wonder about the rest of their education.

My kids will go to this school happy 😊

Except for Bull Run, Douglas Wilder and Manassas, these are all BS loony names. If you want to name it after a black person, why not name it after somebody who actually accomplised something other than whining or divisive elitist? Maybe Katherine Johnson or Percy Julian. Otherwise stick to a meaningful local name. I like Bull Run.

So many easily offended triggered right wing nutter snowflakes. All I can say is

Stated as only a non-self-aware, hypocritical lefty can state. It clearly didn't occur to you that it was easily offended lefty snowflakes who were first triggered that is causing all of the costly, nothing-burger renaming to begin with. In truth, I'm fairly certain that you lefty nutters did Stonewall Jackson a favor by taking his name off the abysmally-performing schools. I think they should have renamed one of them "larryclyons" to more accurately reflect the level of education being taught there.

Not to be confused with the left-wing nut jobs that are patting themselves on the back and thinking they actually accomplished something useful. Whatever these schools are called, they will continue to be substandard.

Putting "Unity" in front of the name? Seriously? What a joke.

Hey PW School Board, you just approved a new name that reflects the political correctness that is running wild across the country.... U R High ....great job!

Your job is to facilitate learning. Our kids are your primary customers although we parents pay the taxes. Have you walked through the high school recently? Have you reviewed the test scores that reflect minimal learning going on? You all are patting yourselves on the back with this vote, but our kids really won't benefit .

they did not benefit from stonewall jackson

Did no one on the school board pay any attention to the initials for these new names. These schools will now be U R High & U B High. Absolutely amazing

To be technical, the schools would be URSHS and UBMS. Yes, Unity is a cute name but I’m still a fan of not naming schools after people. There is also Unity Healthcare in DC. I hope that there’s no infringement here.

The way this is going, all Virginia schools will go to the number system. "There stands PS62 like a stone wall".......

Naming these schools after white or black people just keeps racism going. Leave your politics out of the schools. There are plenty of other choices for names. Or just go with Unity High School and Unity Middle School.

Janice Wellington was one of the names? Are you kidding me? Nice lady and all but come on.

This is why I left Manassas. You people are a fucking joke and just like the new name of your school U R High!!!

While Mr Reed seemed like a great guy I can't help but wonder why the alumni from the 60's, 70's 80's and 90's weren't represented? Can someone answer that

Mariah Carey: Nick Cannon and I 'could have worked'

Duchess Meghan: Nothing I say is 'controversial'

Kristin Cavallari 'thankful' she split from Jay Cutler during lockdown