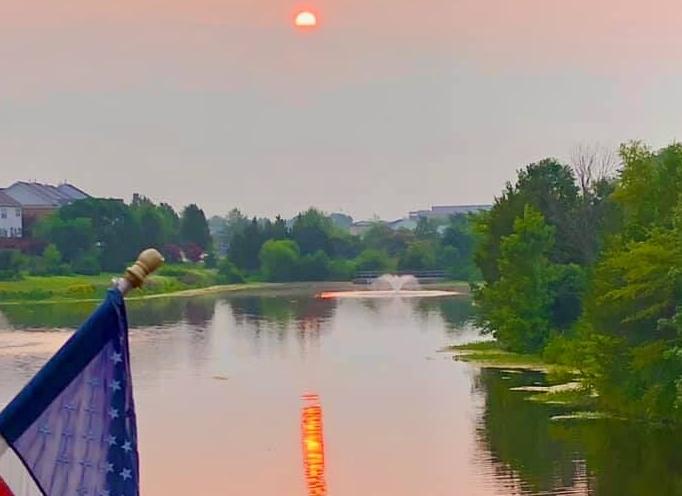 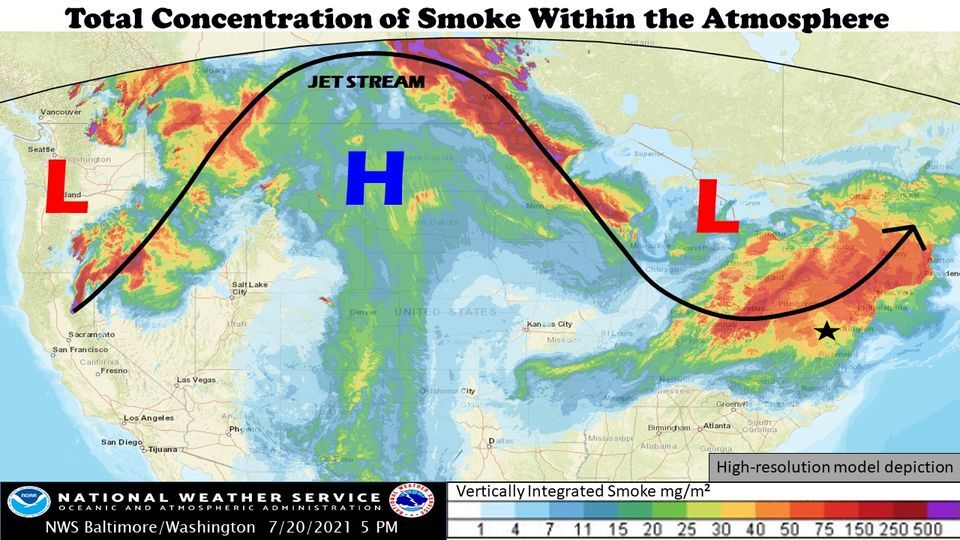 Map showing how smoke travels on the jet stream.

Smoke from wildfires out west has prompted the National Weather Service to issue an air-quality alert for parts of Northern Virginia today.
The smoke is traveling on the jet stream, causing hazy skies and a code orange air-quality alert for Arlington, Alexandria, Fairfax and Prince William counties as well as D.C. and southern Maryland.

Air pollution concentrations within the region may become unhealthy for sensitive groups, the weather service said. Sensitive groups include children, people suffering from asthma, heart disease or other lung diseases and the elderly.

The effects of air pollution can be minimized by avoiding strenuous activity or exercise outdoors, the weather service said.

While most of the smoke is higher in the sky, some could make it closer to the ground, the National Weather Service says. Smoke may also increase in coverage over the next several days.
At least 80 active wildfires across 13 states have burned just over a million acres so far.  The largest, the Bootleg fire in Oregon, has burned more than 530 square miles of forest and grassland. The fire is so extreme, it is creating its own weather, the New York Times reported.