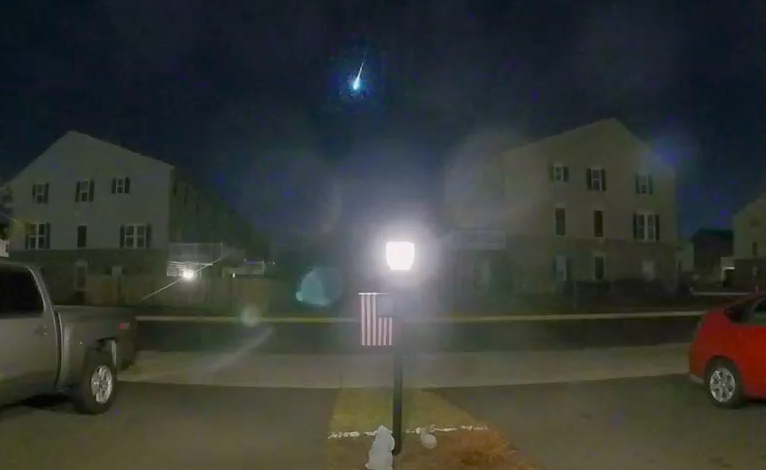 Screenshot from Nest video of a meteor spotted across the East Coast on March 21, 2021. 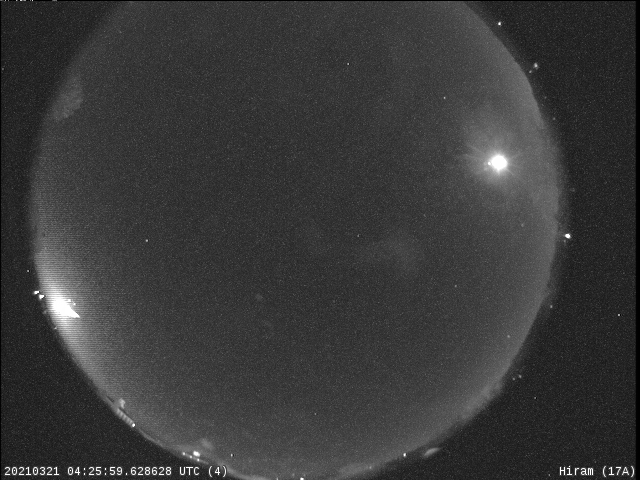 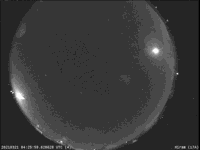 Did you see it? NASA Meteor Watch says a very bright fireball was spotted across the East Coast around 12:26 a.m. Sunday morning.

The meteor was also detected by three meteor cameras belonging to the NASA Fireball Network and two cameras of the Southern Ontario Meteor Network, NASA said.

The American Meteor Society recorded more than 75 sightings of the meteor early Sunday, with at least half a dozen reports coming from Culpeper, Alexandria, Ashburn, Arlington and other parts of Northern Virginia. Observers described the fireball as white or light blue with a bright tail.

"It was fast and the tail was short," one Purcellville resident wrote. "Maybe a second of white light then it was gone."

According to the society, fireballs are very bright meteors, about as bright as Venus in the morning and evening skies.

About 10 to 15 meteorites fall to Earth each day, but sightings are rare since streaking fireballs often fall over the ocean, or during daylight hours when they can't be seen.

NASA says the orbit and brightness of the meteor (roughly that of the gibbous moon) indicate that the fireball was caused by an asteroidal fragment weighing 7 pounds (3 kilograms) and about 5 inches (13 centimeters) in diameter.

Paul McCartney: I chopped onions to spare Linda the tears