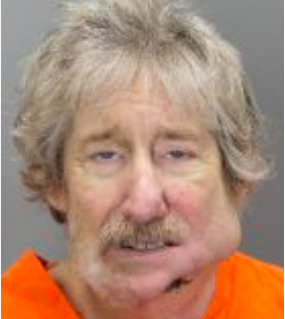 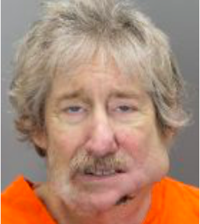 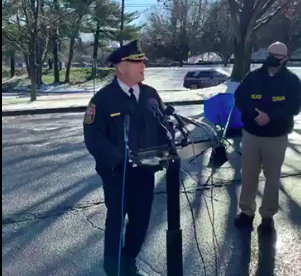 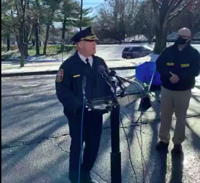 Police have identified a 61-year-old Falls Church area man accused of shooting a teenage boy in the face before being shot by officers on Thursday.

Glenn Allen Myer was released from the hospital earlier today and was charged with aggravated malicious wounding, Fairfax County police said in a news release. He is being held at the Fairfax County Adult Detention Center without bond.

The incident began with a 911 call at 10:49 a.m. in the 2000 block of Peach Orchard Drive. A teenager told dispatchers he had been shot in the face by a man who lives in the apartment, police. The teenager sought shelter from the armed assailant in a bedroom and told the police dispatcher that the man was actively trying to break into the room.

Officers assigned to the patrol bureau, special operations division, traffic division and a deputy assigned to the Fairfax County Sheriff’s Office arrived on scene and attempted to negotiate with the armed man from outside of the apartment, police said.

"These negotiations yielded no progress toward deescalating the situation, and it was evident the victim’s life was in imminent danger," police said in the release.

"To preserve life, officers entered the home and encountered a 61-year-old man from Falls Church, who was armed with a gun."

Two officers discharged their weapons, striking the man in the upper body. The officers immediately removed the victim from the residence to a safe location and took the man into custody. Officers then rendered aid to the man until relieved by fire and rescue personnel.

An officer suffered a minor injury from the incident and was treated at the scene, no other officers were injured. The teenage victim is expected to survive.

Police have not released information on the relationship between Myer and the teen victim or what may have led to the shooting.

The two officers involved in the shooting have been identified as a 20-year and an 18-year veteran who are both assigned to the special operations division. As per department policy, the officers have been placed on administrative leave pending the outcome of the criminal and administrative investigation.

A criminal investigation into the use of force is being conducted by the Major Crimes Bureau.The police shooting is the second in Northern Virginia within a week. Last Thursday, Dec. 10, Prince William County police officers shot and killed a 79-year-old man at a confrontation in the Dumfries area.

In the aftermath of a deadly police shooting in the Four Seasons community last week, a Prince William County supervisor wants to take advanta…

Hey, when and where is the white lives matter March going to be for this police shooting?

Is that you Mike Bishop? You should be ashamed of yourself.

What a crappy town

What a promotion for New Urbanism.....After a decade of Portland being of, by, and for Urban Hipsters "They only riot in down Portland." Urbanists should take their vibrant infill gentrification and its deceptions and misrepresentations (Urban Village, Car-Free Diet, Affordable Housing) far away from NoVA and Make The Rust Belt Great Again.

Dependence on cars as the main mode of transportation makes people fat and lazy.

AKA Portland-on-the-Potomac. The Lexu$ Liberal$ who run and are ruining Arlington as a livable suburb couldn't say enough good things about Portland a decade ago. How did Portland go from Urban Hipster Heaven to Anarchist Enclave over a decade?

You watch too much right wing nonsense, the vast majority of Portland is safe outside of a few nights when Proud Boys and Antifa clash in a small section of downtown.

You get what you vote for and democrats are destroying the area. Either you are ignorant or a liar if you don't see it.

Yes, you get what you vote for, Virginia is the 8th best place to live in, and is ranked 5th in safest state to live in. I guess I will be voting democrat for life. Republican states constantly ranked in the bottom tier.

Northern Virginia is a great area go move to West Virginia if you feel otherwise.

Having said that - all of nova "could" become portland east! Hopefully not.